Home Africa Is there a FRACKING way?

Is there a FRACKING way?

Fracking: You’re either for it or against it!

There seem to be no gray zones when it comes to hydraulic fracturing, also known as fracking.

I was in the Karoo, a semi-desert region of the Eastern Cape Province in South Africa, at the end of April. I wasn’t here on vacation, like many other visitors — the area is a popular tourist destination because of its spectacular beauty. The recent discovery of a shale gas reserve has drawn the attention of numerous international energy companies, among them Shell, Bundu Gas and Oil and Falcon Gas and Oil. Local farmers and landowners, who rely on the land for their livelihood, are concerned that fracking may place the ‘well-being’ of this breathtaking landscape in jeopardy. Afterall, this has been their way of life for centuries.

Hydraulic fracturing, or fracking, involves horizontal drilling to create fissures. The insertion of pressurized water, sand and fracking chemicals releases the gas so that it can be harnessed. Tight-rock shale gas reserves require a high-volume hydraulic fracking process, which uses around 20 million litres of water per fracking incident. The process is likened to retrieving gas from cement.

While gas companies reassure locals — through their compulsory environmental management plans and public participation meetings – that the highest international standards will be adhered to in order to prevent possible water contamination or fracking well failure, the locals want to hear nothing of it. No amount of compensation will subdue their fears.They have heard of the horrors, as experienced in certain cases in the United States of America, and are determined to avoid a similar fate. This is also a contentious issue in itself: there have been documented cases of natural gas migration into the water systems such as at Burning Springs, New York and Niagara Falls. Residents in other nearby areas claim that the gas seepage only occured after fracking or drilling had commenced. 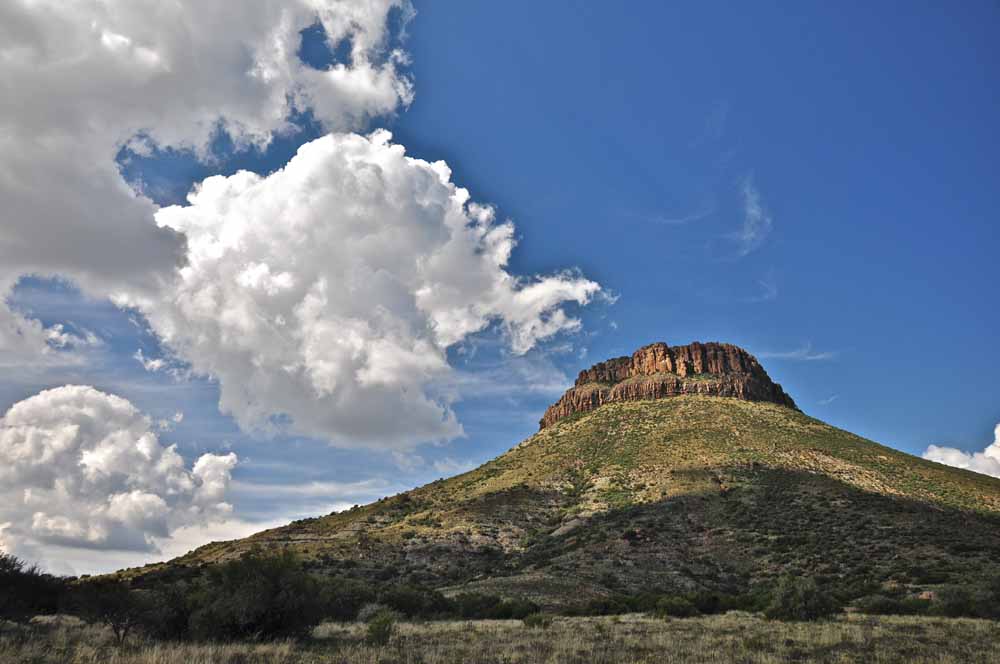 One of the greatest concerns for the Karoo is the possible shortage of undergroundwater in this already arid region, although the gas companies promise not to compete for their water source. Those who support fracking quote a recent study which stated that there are large water reserves beneath the Karoo’s surface. However, the gas companies still have no stable water source. The underground water, located at around 4,000-5,000m below the surface of the ground, is sodium and uranium–rich, which renders it unusable. Piping water into the area, from the ocean, will be expensive and will require extensive infrastructure. Furthermore, this water would have to undergo reverse-osmosis first, yet another expense. Gas companies that have applied for a fracking license aim to put minds at ease regarding the large quantities of water necessary by suggesting that they will reuse water numerous times.

American company Gasfrac has engineered a waterless, fracking gel, which apparently boasts a near 100% retrieval rate of flowback. However, this groundbreaking (excuse the pun) venure is still very costly and as a result probably unlikely to be on the gas companies’ agendas. Furthermore, it is not considered a conventional fracking method.

Another concern of the locals is that the gas production plants will destroy the aesthetics of the area, parts of which make up national nature reserves and are also inhabited. While gas is more environmentally friendly than coal in its burning stage, the same cannot be said for its production stage, argue environmentalists. 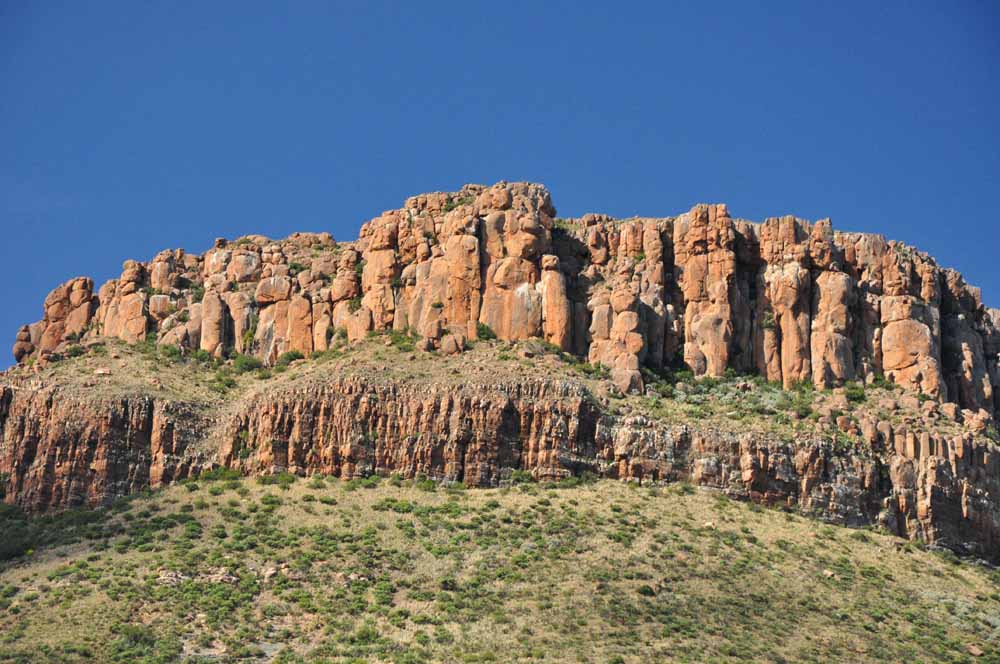 The combined areas where proposed fracking will occur, if it’s given the go-ahead, span across the country: the Eastern and Western Cape provinces, KwaZulu-Natal, The Free State and Gauteng. Their combined area is equivalent to that of the entire Eastern Cape.

Jonathan Deal of Treasure the Karoo Action Group (TKAG) — who claims to have attended more public participation meetings than any other South African — states that fracking has been banned in over 140 places around the world. He is an entrepreneur and doesn’t oppose the country’s development, a count on which he has been criticised. He strongly believes that South Africa should not proceed with fracking based on the present knowledge gaps. The farmers I interviewed, from the surrounding area, are particularly concerned with how the air, dust and noise pollution will affect farming; the area contributes to about one third of the country’s meat production. Perhaps Deal is best known for winning a court case against the Minister of Mineral Resources, Susan Shabangu, after the composition and proposed actions of an established multi-disciplinary taskteam, were not made public knowledge.

Shabangu, had imposed a moratorium on all new and existing gas exploitation rights in order to assess the fracking climate, possible challenges, enviromental risks and possible economic benefits. Although delayed, the South African Cabinet is expecting to hear the results of the investigation at the end of July. During her budget vote speech, she gave fracking the go-ahead, on the condition that it can be done in a safe and responsible manner.

Shale gas — when it comes into production in at least 10 years time, if government and gas companies have their way — could be one of the greatests solutions to the country’s current energy shortage. South Africa, which is the second highest coal-dependant country in the world, relies on Mozambique for 64% of its natural gas supply, at present. Our country requires large amounts of energy for its 50 million citizens, mining sector and other industries.

The late economist Tony Twine, of Econometrix, suggested that if 10% of the estimated 485tcf (trillion cubic feet) shale gas reserve is exploited in the future it could add R200 billion to the country’s annual GDP. This is more than the mining sector contributes at the moment. At the recent Fossil Fuel Foundation conference on hydraulic fracturing, a South African university geologist claimed that the size of the reserve is unknown because gas might have been escaping through volcano-like cone structures for millions of years. 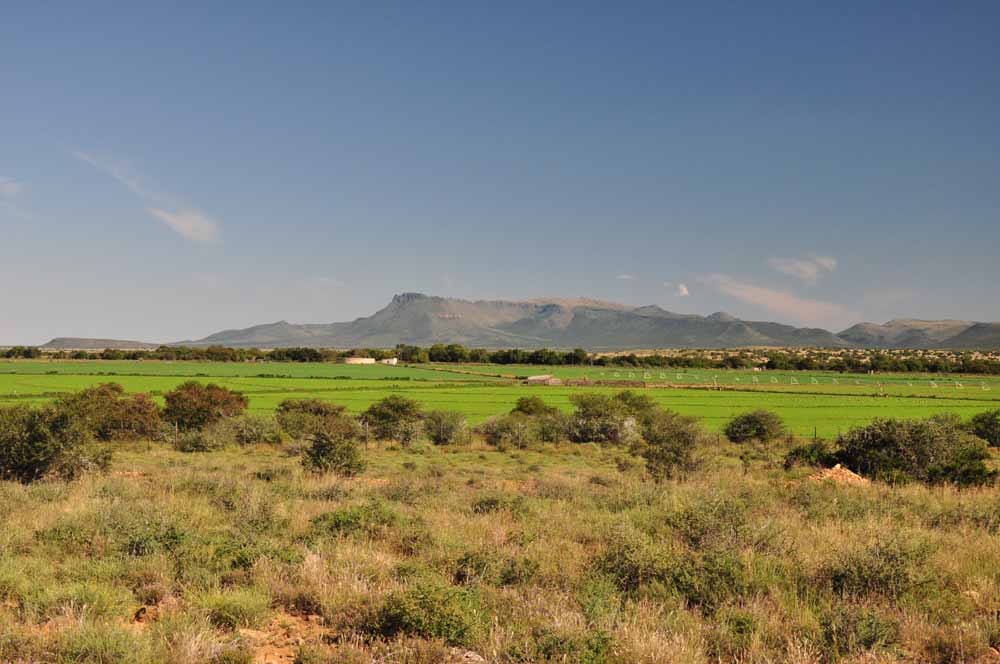 This lucrative gas find, if commercially viable — Petroleum Agency South Africa (PASA) claims that only 10% is exploitable — will undoubtedly cause a trickle-down effect into the production and service sector. Gas companies suggest possible cooperation with local univiersities in order to train the specialists required, however, the current skills shortage regarding fracking means they will need to be outsourced. Twine’s report also claims that, based on his 10% case study estimate, between 300,000 and 700,000 direct and indirect jobs could be created over 25 years. These figues include everyone from tyre, fuel and food suppliers to those working in the accommodation industry and even the corner video store near suggested sites.

Locals are also concerned with the possible harmful effects of the hydraulic chemicals, some of which are proven to be carcinogens, neurotoxins and toxins, especially if they are improperly disposed of or accidentally leak and find their way into the groundwater. While most individuals believe that a cocktail consisting of hundreds of chemicals are used in each fracking incident, a representative from an international energy company bidding for exploitation rights in South Africa claims that in most cases it’s only a handful of around 10 chemicals. The chemical cocktail is dependant on the rock composition of the area. The ratio of water and sand to fracking chemicals is approximately 99:1, which allows gas companies to create the illusion that this dilution doesn’t pose a great risk if leakage were to occur. While all the chemicals may be produced so as to be biodegradable, the question remains as to whether energy companies are willing to pay much more for these environmentally friendlier chemicals, in order to partly passify the environmentalists and certain worried locals, or will they send out their laywers instead?

Have you seen or experienced the positive or negative effects of hydraulic fracturing? What do you think about the South African situation?