Home Africa My 2017 highlights in photographs

My 2017 highlights in photographs 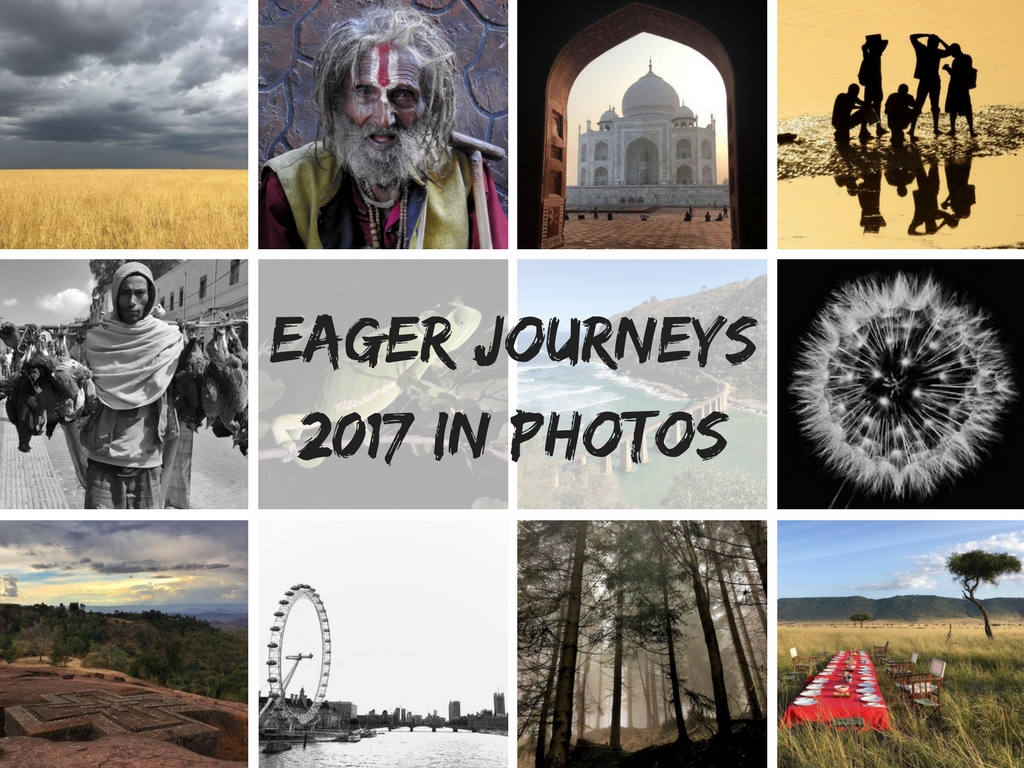 It’s become an annual tradition now – to map out a photographic essay of the countries and destinations I’ve travelled to throughout the year. You may read my 2015 and 2016 travel highlights too. This year I welcomed the new year with two dear friends in Mozambique and did at least one trip a month, sometimes two, until November. And now that it’s the end of the year, I’m chuffed to be spending time at home in Johannesburg.

In 2017 I was very fortunate to travel to seven countries across three continents – four of which I visited for the first time (I’m including Zanzibar in this list even though it’s an autonomous state of Tanzania, which I’d already visited on twice).

And I also want to say THANK YOU to you for reading, commenting and sharing my Eager Journeys blog posts in 2017. Thanks for your awesome travel tips and suggestions on where I should travel next. Please keep them coming, I’m always interested to hear about unusual and lesser-known destinations, whether they be in South Africa or around the world! :)

Below are some of my favourite photographs from my Instagram gallery.

Sea, sun, sand, seafood and sun cream is what Vilankulo (or Vilanculos) is all about. This seaside town in Mozambique is known for relaxation and that’s exactly what Meruschka of Mzansigirl and I did when we visited our friend Dee of The Good Holiday. We swam in the ocean, went for a boat cruise to Death Island (a sand bank that’s only revealed during low tide), bought fresh fish and seafood straight from the fishermen and chilled. I also went scuba diving in search of the rare dugongs, hopefully I’ll have more luck next time. What a great way to welcome 2017!

Upon returning to South Africa I did a girl’s getaway to the Midlands Meander, about three quarters of the way to Durban from Johannesburg. We stayed in two adjoining private cottages at Brahman Hills. Our trip was all about eating clean, sugar-free and low-carb food prepared by our private chef, drinking champagne in the Jacuzzi, playing board games and hiking in the surrounding Blue Crane Nature Reserve. We also explored the many attractions along Nottingham Road from the Nelson Mandela Capture site to Swissland Cheese, Mohair Live and The Patchwood Elephant cafe.

Last year I placed Ethiopia (and Rwanda) on my dream list of destinations I’d love to travel to in the future. I never expected that it would happen as soon as 2017, but it truly surpassed my expectations. I expect that this emerging destination will soon be considered with the same amount of intrigue as other African countries such as South African, Kenya and Tanzania for its history, culture, food and coffee, UNESCO World Heritage Sites and natural landscapes. I visited Addis Ababa, Lalibela, Gondar, Axum and Bishoftu during my two-week stay. I have penciled in a return visit to see Danakil Depression (said to be the hottest place on earth) and the Gelada monkeys of the Simien Mountains.

It was only by chance that I found myself in Poland celebrating my 30th birthday. I spent time with family and friends and explored unknown-to-me places in my home town of Bielsko-Biala. I also visited friends in the capital city of Warsaw, which I last visited when I was in high school over a decade ago. And while Cracow is still my ultimate Polish city, Warsaw pleasantly surprised me with its fascinating World War Two history relating to the Warsaw Uprising, its fervour to rise from the ashes, as well as its fervent love for Polish composer Chopin and museums, plus its cosmopolitan air.

The Tswaing Crater is a great day trip idea from Johannesburg and it’s only a 40km from Pretoria. Tswaing, which means ‘place of salt’, is a 1.13-kilometre wide and 100-metre deep meteorite crater with a saltwater lake in the centre. It’s the result of a 50-metre rocky meteorite that crashed into the Earth between 220 000 and 52 000 years ago. We walked 7.5km into and around the crater‘s circumference to get these photographs.

I was invited to Becks Safari Lodge in Karongwe Private Game Reserve shortly after it opened. It’s located near the Kruger National Park, has the finishings of a five-star property, an African bush ambiance, and is small and private enough to make you feel as though you have it all to yourself. And the leopards. We spotted one during a game drive, thanks to our game ranger Sondy, and another from the lodge, alongside the usual of elephant, lion, buffalo, giraffe, zebra, antelope and a flap-necked chameleon.

It’s been years since I’ve been to the actual Kruger National Park, even though I’ve been to a few nearby game reserves, so it was lovely to take a few days off with the family. On our way back to Johannesburg we drove through Mpumalanga’s Panorama Route, which is one of my favourite geological attractions in South Africa. A you can see, Bridal Veil Falls is simply spectacular. Can you spot me in the photo below?

While Kenya is probably best known for the Maasai Mara and the Great Migration, one thing needs to be said that nature cannot be tamed nor determined. We travelled to the national reserve in hopes of seeing the annual movement of  thousands of animals, but their journey depends on a number of factors, especially rainfall. And so while we didn’t get a chance to see the magestic crossing of the Mara River, we did experience the beauty of this reserve and its diverse wildlife during numerous game drives and a sunrise hot air balloon flight followed by breakfast in the bush.

We also travelled to the coast to lounge along the beaches of Diani and snorkel at Kisite-Mpunguti Marine National Park, where I saw a Moray Eel for the first time.  We indulged in a seafood and fish braai on a nearby island and took a dip in the infinity pool that overlooks the Indian Ocean.

I’ve been wanting to go to Zazibar for some time now and while this was only a four-day whistle stop tour on assignment for Mango Airlines, next time I’ll go for a week. The island, which is an autonomous state of Tanzania, is famous for its carved wooden doors, being the birthplace of the late Queen front man Freddie Mercury, and its sad history of the east African slave trade.

Despite the devastating fires that burned through Knysna and the Garden Route earlier this year, the area is open for business and local communities and organisations are spearheading rehabilitation efforts. My friend Anje, from Going Somewhere Slowly, and I went to visit our friend Rose of Go Travel Bug to let people know that there is still so much to do in the area. A visit to the region will have a positive impact on the people, small businesses and the rebuilding efforts.
We kayaked through the canals near Thesen Island, took a sundowners cruise to the Knysna Heads, went whale watching, and hiked the legendary Knysna Forest. Beekeeper Owen Williams from the Hope for the Honeybees NPO explained to us how the local Cape Honeybees are helping the re-greening efforts. A highlight was road tripping from Knysna to George along the 7 passes route and passing abandoned mining communities and dorpies along the way.

In September I was back in England after having visited late last year. Though this time it was for a very special occasion – my cousin Klara’s wedding in Oxford. Numerous famous literary works were inspired in this university town. Thousands of literati make their way to Oxford each year to see the stuffed dodo in The Natural History Museum (inspiration for the character in Lewis Carroll’s Alice in Wonderland). We dropped by the Eagle and Child bar for a drink, which was frequented by J. R. R. Tolkien and C. S. Lewis. During a free walking tour we passed the carved door, which was where C. S. Lewis drew the inspiration for the wardrobe in The Lion, the Witch and the Wardrobe. While Harry Potter fans will recognise The Radcliffe Camera, the Bodleian Library and St John’s College as the settings for the films.

I also had the chance to explore London while I visited a dear high school friend, Caity.

This was my longest trip of the year, as I spent three weeks travelling around 3000km from North to South India by rail with G Adventures. To be honest I was a little nervous about the culture shock – in terms of the poverty and cleanliness, though despite everything India is one of my top five destinations so far and a must-see for foodies.

India is captivating. It allures all the senses. It’s a humbling destination. In all its madness, India is incredible – it’s a balm for the soul, a lesson in privilege and though I don’t say this about all destinations I cannot wait to go back… and soon!

Because I usually travel solo often or in a small group of journalists, I was a little nervous about the dynamics of the small group of people I’d be travelling with (no more than 15 at a time). And though the ages ranged from 18 to 68 and were came from all parts of the world (Australia, Canada, USA, Iceland, Switzerland, UK and South Africa) I hadn’t laughed that much in a long time. It’s wonderful seeing a country through the eyes and experiences of others, which always helps me measure my intrigue. 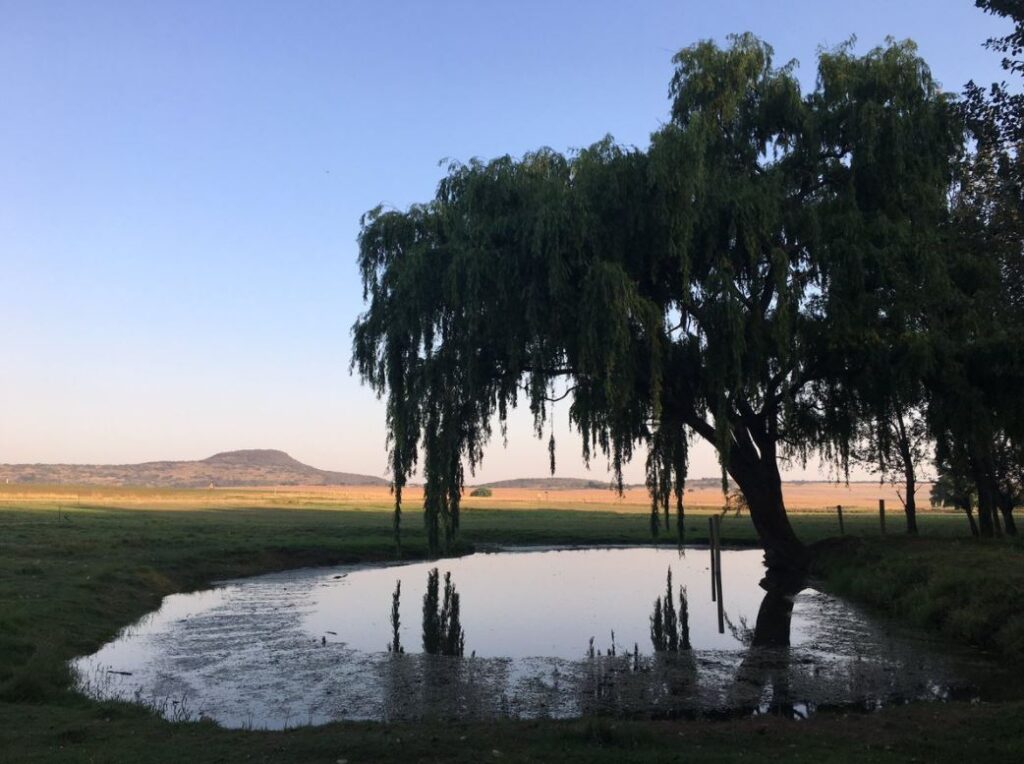 In November it was wedding time again. We road tripped to the Drakensberg in KwaZulu-Natal for my cousin Pawel and Melisse’s wedding at a wine estate. While we were here we also did a 2.5km-long circular Sterkspruit Falls hike near Champagne Castle, visited the newly-opened Drakensberg Brewery and went honey cheesecake tasting, while spending time with family.

I’ve spent December relaxing at home with family and friends and exploring my beloved Johannesburg. I hiked Faerie Glen Nature Reserve for the first time. It’s only about 35 minutes from Johannesburg and offers three short hikes of no longer than 5km and a picnic spot.

I also visited the newly opened Dlala5101 for sundowners, which is an events venue on the 51st floor of Ponte Tower. Our entrance included a sundowner drink, snacks (how can you go wrong with hummus and salsa?) and the best views of Johannesburg – hands down! But the best part is that all proceeds go to the DlalaNje community centre.

2017 has been an exciting year, thank you for following along on my adventures. Please tell me inthe comments below about your travel highlights this year. And what are your travel plans for 2018?