Home Africa Axum: in search of the Ark of the Covenant

Axum: in search of the Ark of the Covenant 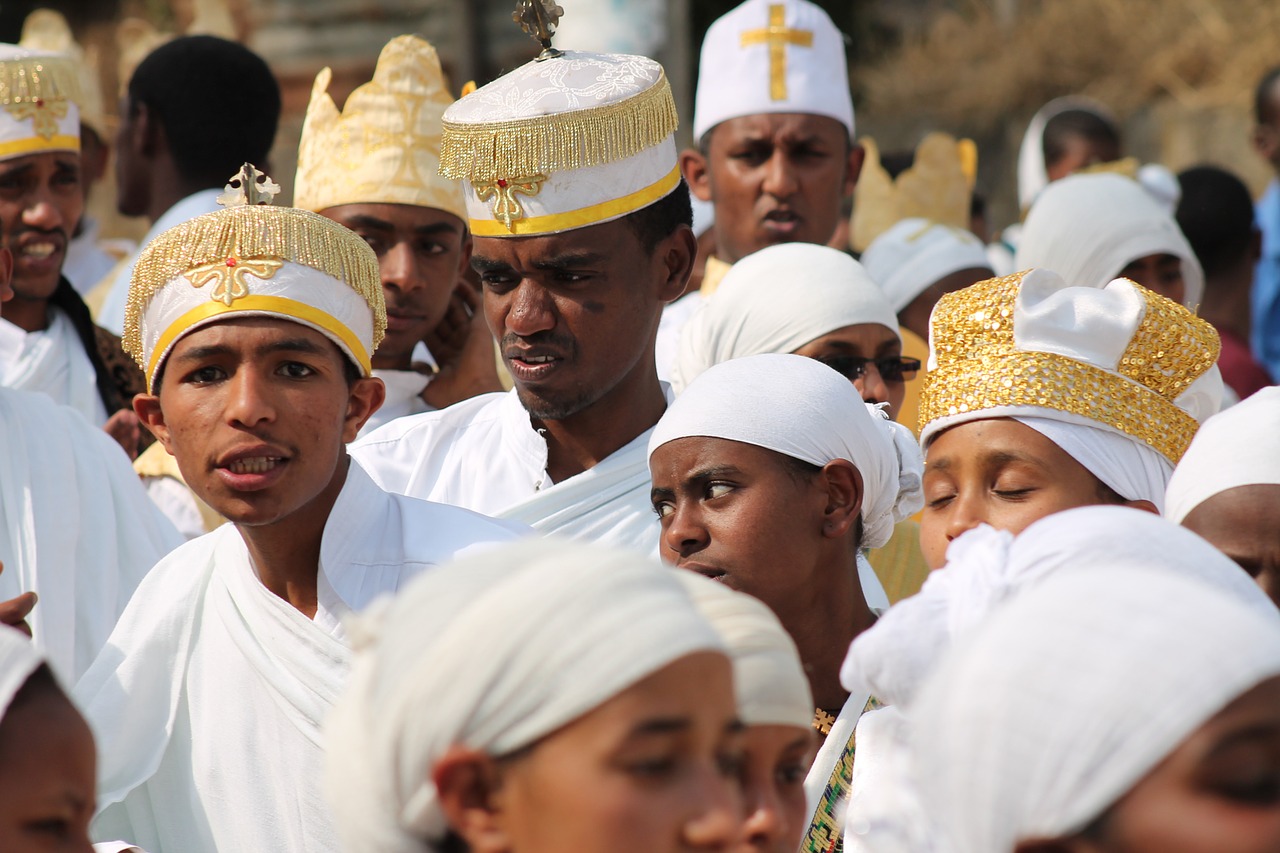 Ethiopia is a land of royalty, ruins and angels. It narrates stories of human origins, kings and queens, biblical figures and relics. One of the many reasons why it’s such an extraordinary travel destination is that it has the greatest number of UNESCO World Heritage Sites on the African continent. I had a chance to visit three of the 10 during my two-week trip to Addis Ababa, Axum, Gondar, Bishoftu and Lalibela.

In the northernmost reaches of Ethiopia, in the highlands of Tigray province – a one-thousand-kilometre journey north of the capital city of Addis Ababa and an hour from the Eritrean border – is the ancient kingdom of Axum or Akusm. It’s a UNESCO World Heritage Centre. This is the land of the Queen of Sheba and a lineage of 225 emperors that began with Menelik I – a son she shared with King Solomon of Israel – and ended when Haile Selassie was overthrown in the 1974 coup d’état. Here you can read more interesting facts about Ethiopia. 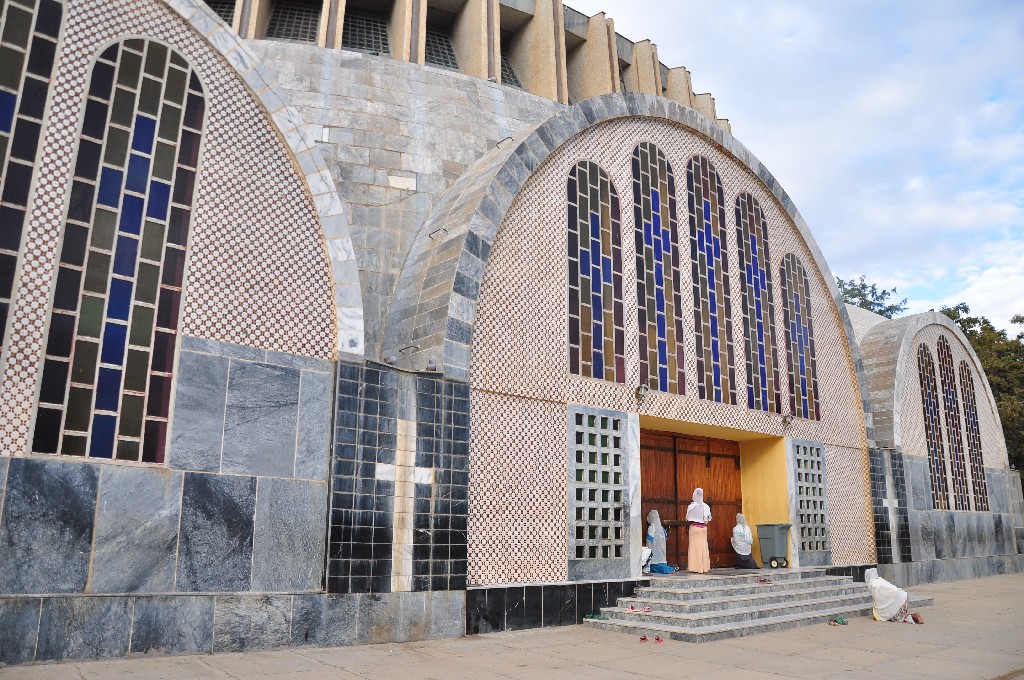 The Church of Our Lady Mary of Zion 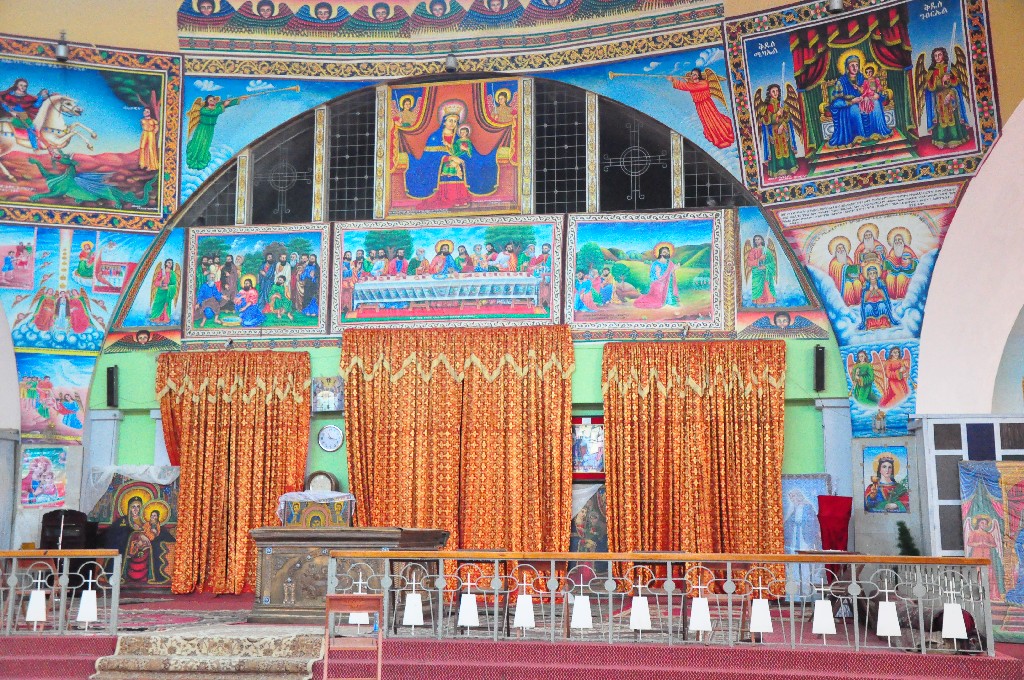 The murals inside the Church of Our Lady Mary of Zion 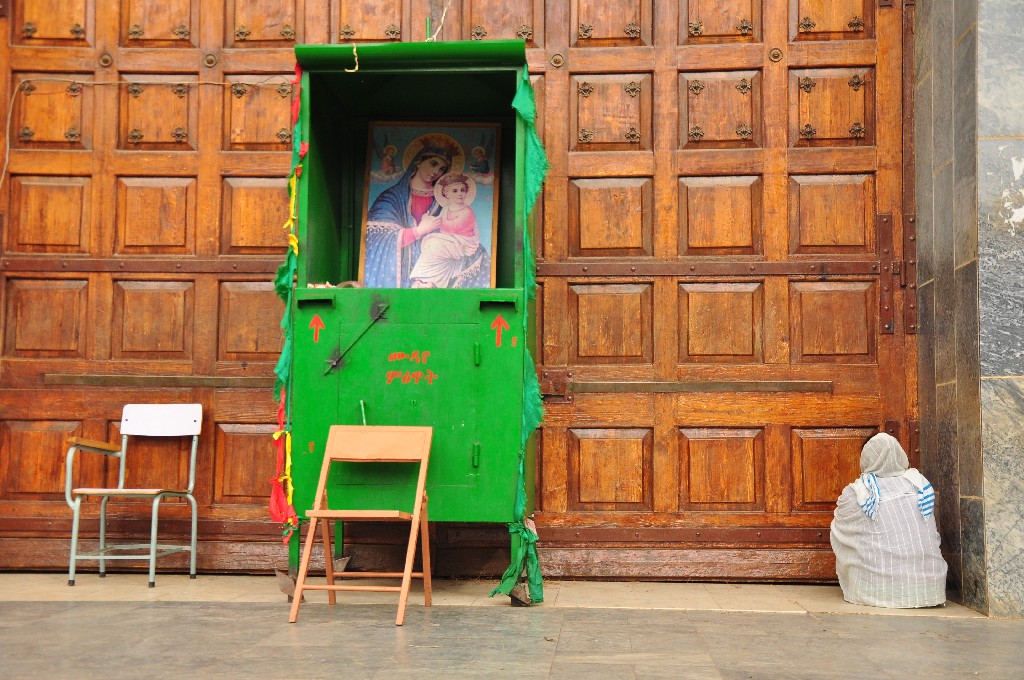 Not only is Axum believed to be the oldest continually-inhabited African city, south of the Sahara Desert, but it’s also one of the country’s holiest sites – though it may not appear as such at first. Ethiopia became one of the first countries to adopt Christianity in the 4th century. Hundreds of thousands of devotees from around the world pilgrimage to Axum each year to see the Chapel of the Tablet. And yet no one has been inside. It’s overwhelmingly humble in appearance when compared to the adjacent Church of Our Lady Mary of Zion with its golden cross-topped dome, stained glass windows and vivid frescoes. And yet it is heavily guarded 24 hours a day from all four corners because it is believed to house The Ark of the Covenant.

The Bible narrates that the Ark was a sacred chest that held the stone tablets with the Ten Commandments inscribed on them that God gave to Moses on Mount Sinai. Exodus describes it as being built of acacia wood with a gold overlay inside and outside, while its solid gold cover had two cherubs facing one another. It disappeared, or was lost, perhaps even destroyed, as it’s never mentioned again after the Babylonian exile. Though the Bible (Jeremiah) does state that the Ark would no longer be needed because it would be replaced by a new covenant – that is Jesus’ sacrifice. 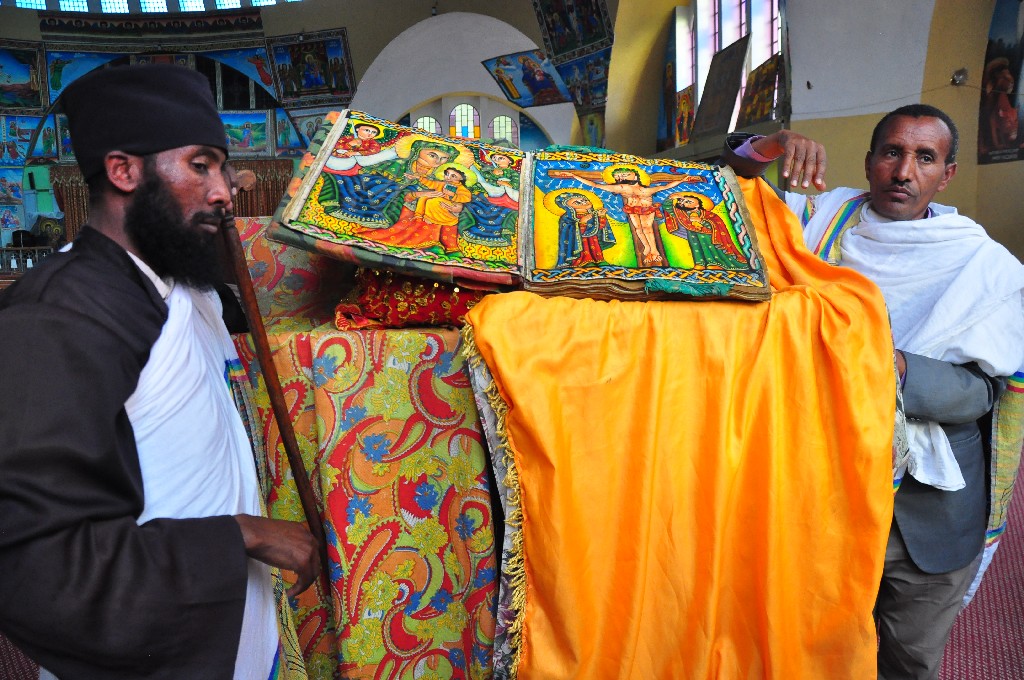 But Ethiopians will proudly narrate to you the story of how the Ark of the Covenant was brought back from Jerusalem with Menelik I’s entourage nearly 3 000 years ago. It was later hidden in a church on Tana Kirkos Island in Lake Tana – the source of the Blue Nile – for 400 years, before being brought to Axum.

There’s one catch though – no one has seen The Ark of the Covenant since. No one besides ‘the keepers’ – a celibate succession of solitary, anointed monks, who never step foot outside the chapel grounds and fulfill this role for the rest of their days.

Every church in Ethiopia has replicas of the Ark of the Covenant’s tablets called Tabots. And every January 19, on the feast of the Epiphany called Timkat, they are paraded through the streets, wrapped in opulent cloths, shaded by a regal-looking umbraculum in colours of rouge and gold, and trailed by pious worshippers. This is one of the best times to visit Axum.

It’s then that thousands of wide-eyed hopeful pilgrims gather in the piazza – a legacy of Italy’s occupation of Ethiopia in the 1930s (though Ethiopia was never colonised) – in front of the church, beneath the gaze of the stone-carved obelisks, for a glance at its draped outline that’s necklaced by guards and proceeds to the beat of drums. 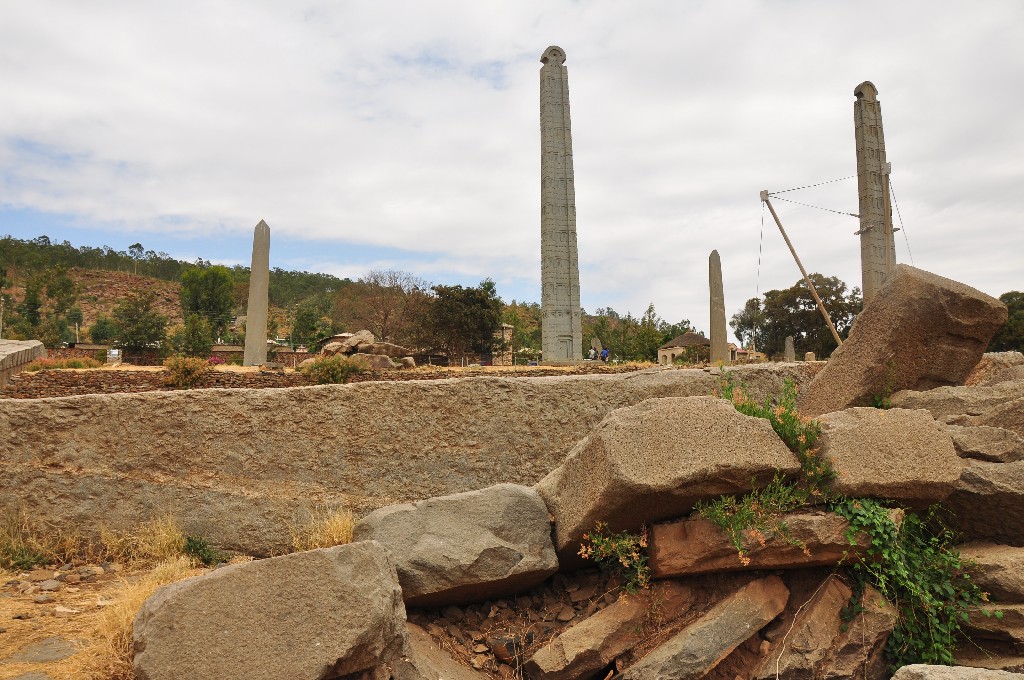 The obelisks at Axum Stelae Park 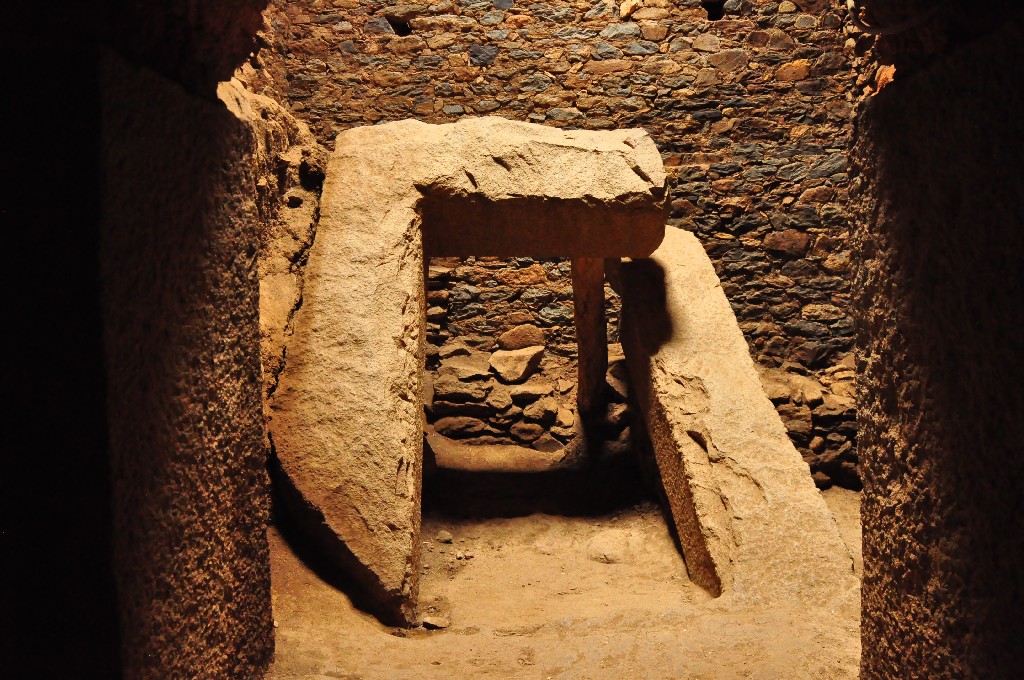 The royal tombs beneath the obelisks at Axum Stelae Park

We walk between the obelisks that are carved with fake doors and windows. They are markers for underground burial chambers. The largest of the four is 33 metres high, weighs well over 160 tonnes and dates back to the 4th century BC. It lies, broken in five pieces, on the ground. Near its base we climb into the cavernous depths of an excavated royal tomb to explore this UNESCO World Heritage Site for insights into the ancient Axumite kingdom. Though the tombs were raided of their treasures centuries ago, they were not robbed of their history.