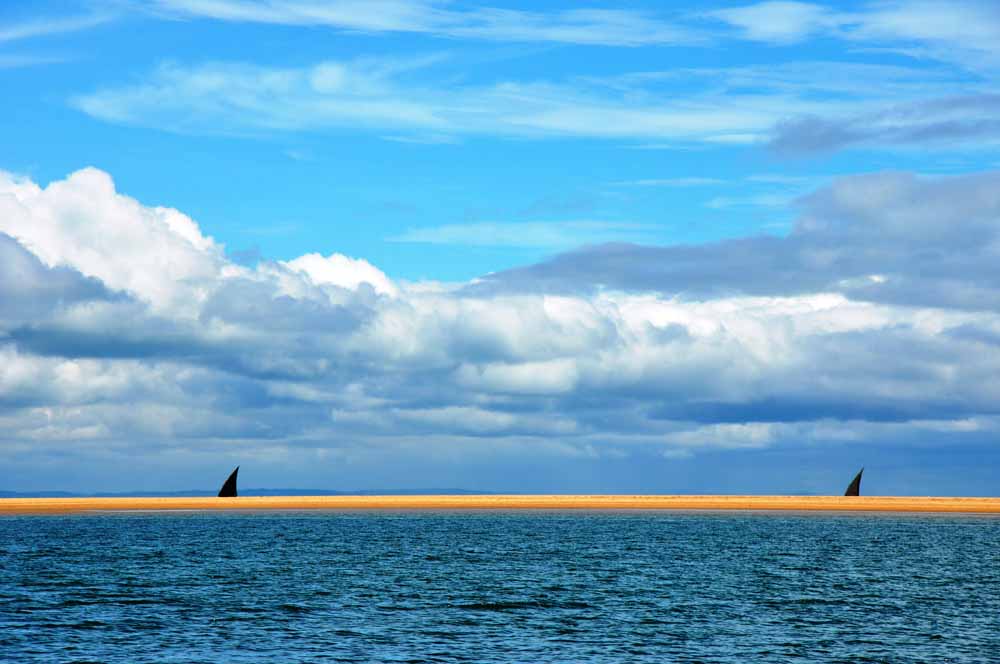 The patchwork dhow harnessed the movement of the wind. One, two, three, four and another penetrated the surface of the thigh-high water at evenly spaced intervals. Commands rode upon the back of the wind and filled their ears causing muscles to clench in synchronised movements. Each hauled the pregnant net from a different position and was heading towards a known convergence point, in the direction of the shore.

“Bom Dia,” I greeted them and so a very elaborate conversation (from their end) began, before I apologetically explained myself: “fala Ingles?” One took on the role of translator. “Where have you come from?” [For one ought to know where one is coming from and where one is going]. South Africa?” he supposed correctly. “Yes, I…

Speaking to and photographing these dhow fishermen was by far the highlight of my day. They were exceptionally polite. As they commanded the masts to steer homewards, to the thin slither of an island floating on the Mozambican horizon, they thanked me numerous times. For what I could not understand, for it was me who was grateful that I could stand among them: mouth agape, like their catch.