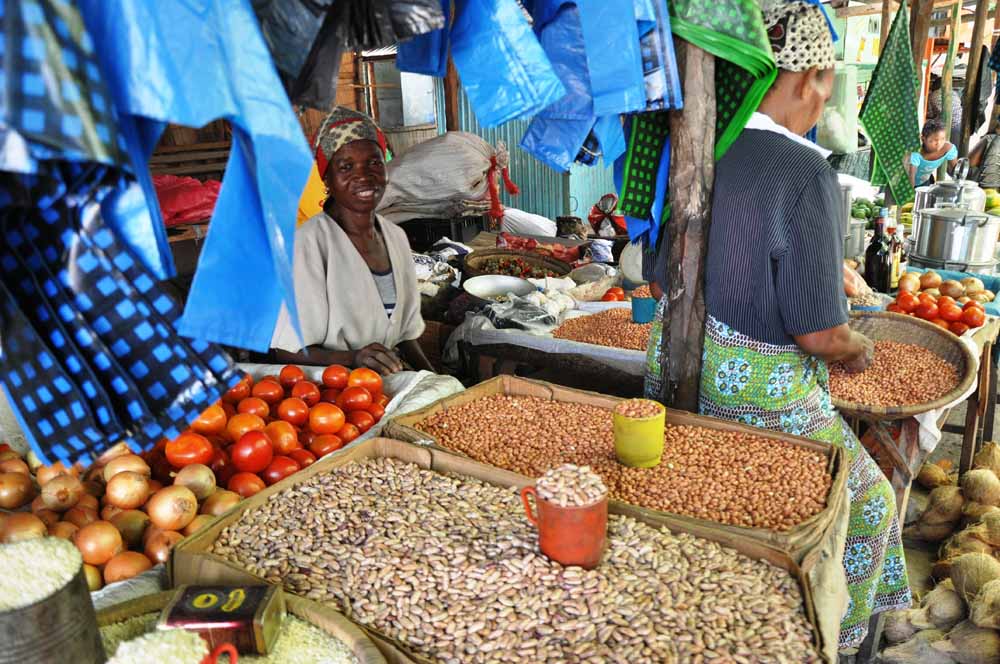 Tantalising smells allure me from a distance; the vivid colours of the produce draw me deeper into the inner workings of its core; the hustle enchants me, until I realise that I have been standing in the same place for over five minutes – allowing strangers to weave their paths around me, bump into me and imagine me out of existence. That’s what I like: to disappear in the midst of the busyness of a market.

During the liveliest morning hours, like so many of the locals, we did our grocery shopping at the local market in Inhambane, Mozambique. Our second breakfast included lychee-sized, deep-fried savoury donuts with local spices. They were gulped down with fresh coconut juice, from the shell – the hairs tickling our noses. The coconuts were bought from this amiable lady, who was perfectly framed by the brightly coloured plastic bags of her produce stand.

Once satiated I took a walk. The Naval building in Inhambane patiently sits near the shoreline, observing as boats meander to the port where they dock and direct their men along the promenade to the heart of the city. 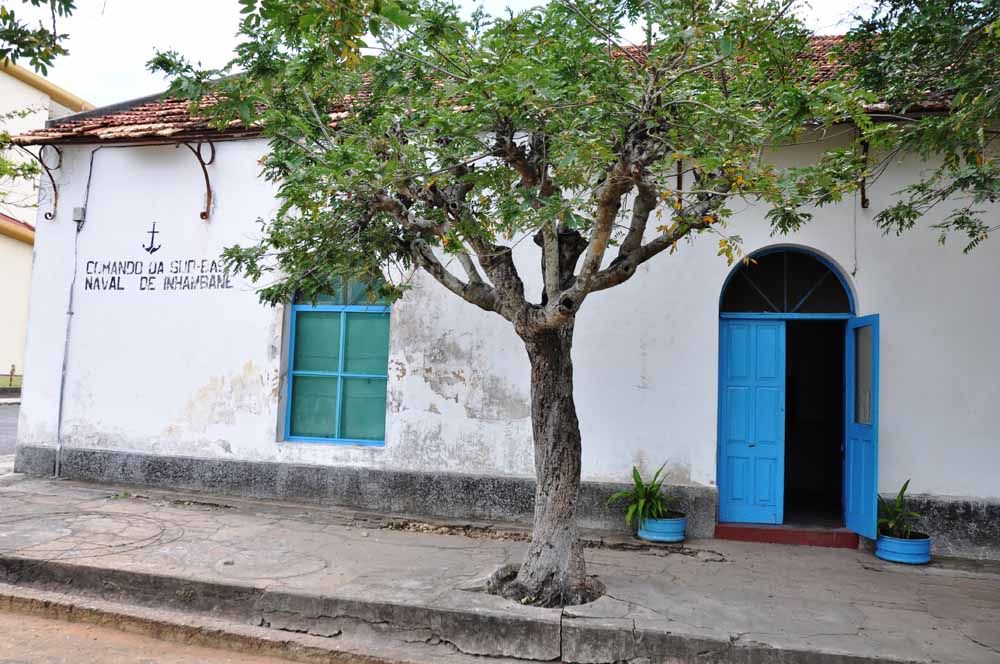