Home Africa Zebras: How They Got Their Stripes

Zebras: How They Got Their Stripes 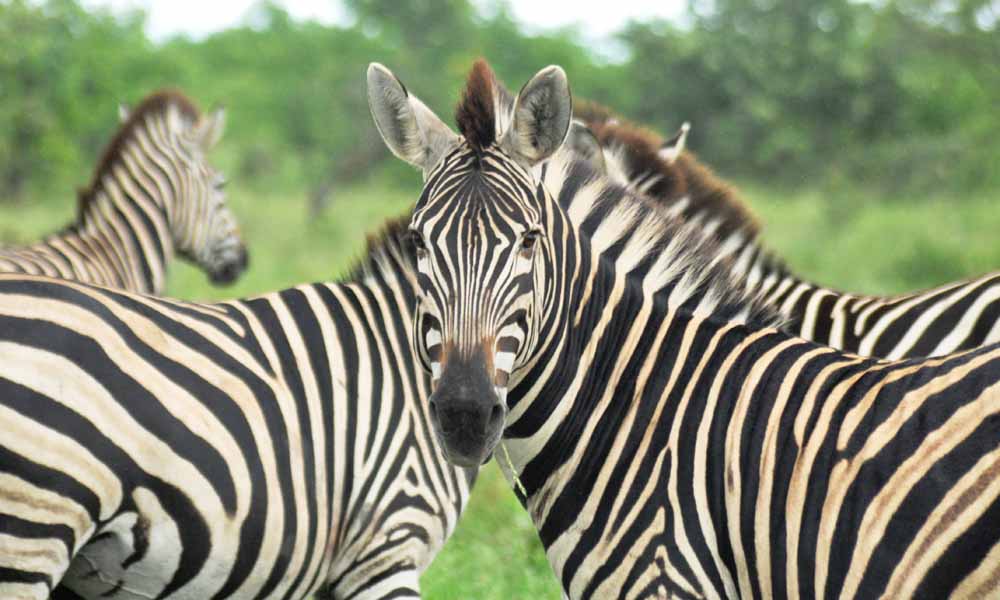 Children paint colourful explanations in the minds of adults as to why and how the zebra got its stripes. These anecdotes often revert back to the age-old question of: ‘Are zebras white with black stripes, or black with white stripes?’

There have been many postulations about zebras and their stripes, ranging from thermoregulation to camouflage. They also function as a defence mechanism, according to zoologists, as predators are unable to make out individual zebras within a herd. 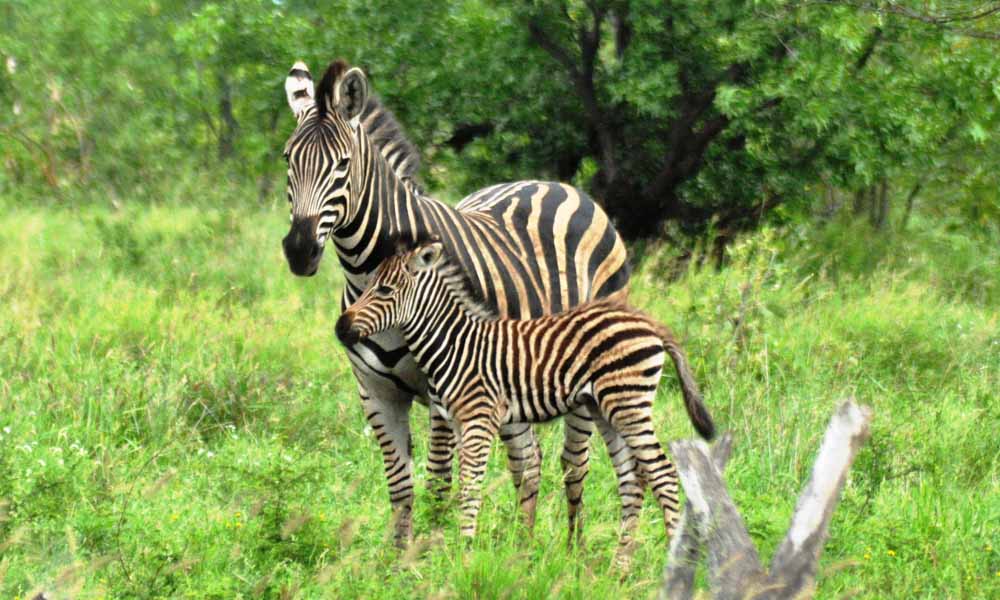 Although you won’t find a wild zebra in rural Hungary, you may find wooden horse statues painted in different colours and patterns, peacefully ‘grazing’ in the grass. No, they are not some millionaire’s new idea of exotic and hassle-free pets. It is an experiment being conducted by Dr Åkesson, a Swedish scientist, and her colleagues, who have suggested another possible theory regarding the evolutionary history behind the zebra’s appearance.

Evolutionary biologists have made suppositions that the animals have evolved in this particular manner, so as to appear unappealing to blood-sucking flies, which spread diseases. It all comes down to light and how it is reflected. Dark colours such as black, brown and grey reflect horizontally polarized light, which appears to attract flies. Unpolarised light reflecting off of white surfaces is reflected in numerous directions hence possibly disorienting and appearing ‘unattractive’ to the pests. The light bouncing off the zebra’s coats appears to be reminiscent of a natural protective shield, which may have played an important part in the sustenance of wild zebra species. 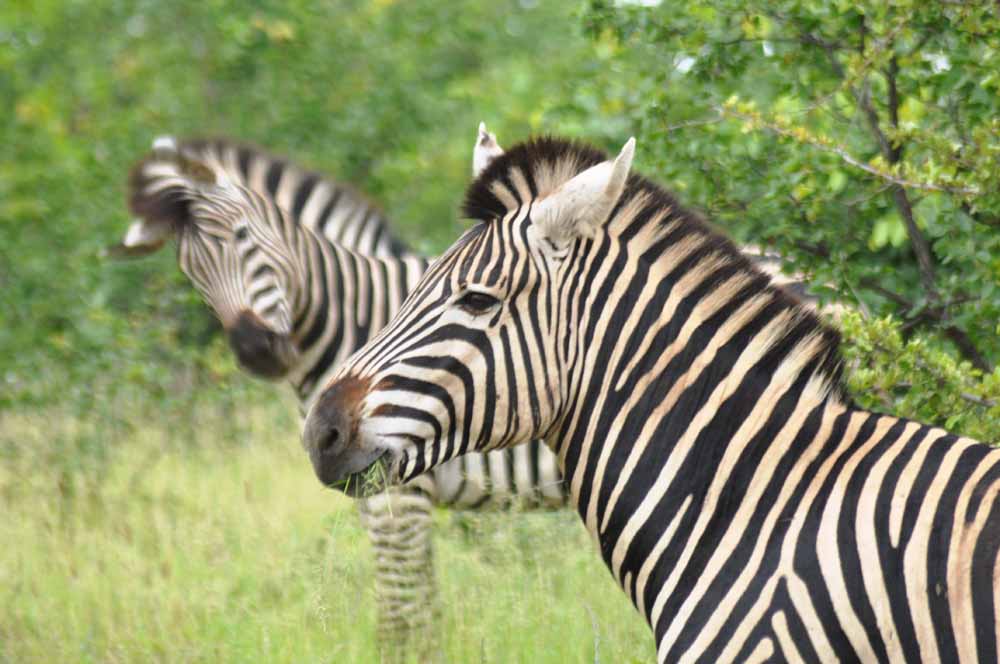 We encountered this herd of zebras in the Kruger National Park in Limpopo province. It is possibly one of the best-known nature and game reserves within Southern Africa. It is also one of the largest as it covers an area of 19,485 square kilometers, spans 360 kilometres from north to south and 65 kilometres from east to west. Both the big and the small five call it home. This natural heritage site boasts 147 mammal species. The national park, which was established in 1898, is designated as an ‘International Man and Biosphere Reserve’ by UNESCO and plays an important role in animal conservation and preservation.