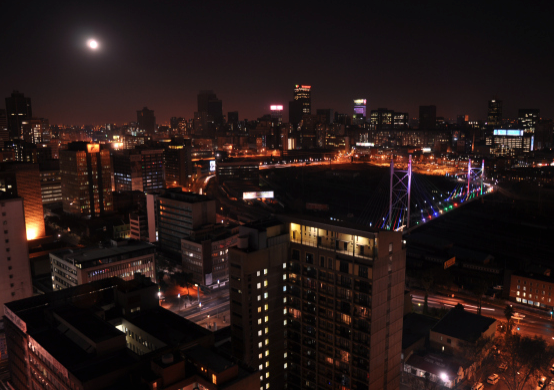 It’s known as the ‘Supermoon’ to us non-astronomy types, but to those who study the night sky and beyond — as they peer into the past — it’s the Perigee moon. ‘Tis the largest full moon of the year, due to its proximity to the earth along its orbit, which this year happened to closely coincide with the winter solstice in the southern hemisphere.

On the evening of Sunday, June 23, the moon was a deep yellow as it was cradled by the horizon of the city of gold. The Perigee moon gave off its own flare during these longer exposure photographs, due to the intensity of its reflected light.

The moon’s colour is determined by how the atmosphere scatters light, as well as the dust or pollution particles in the air. As you may recall from your high school physics class: warm colors — namely yellow, orange and red — have longer wavelengths in comparison to the other colours on the spectrum, which may conjure images of Pink Floyd’s Dark Side of the Moon album cover. Since the moon is much farther when above the horizon than directly overhead, the lightwaves have to travel farther to reach the observer. Of the light reflected off the moon, the short wavelengths are refracted by the particles in the air, while those with the longest wavelengths survive the spatial journey, resulting in its yellow color.

At eye level with the birds, Randlords proved to be the most opportune place to take these photographs of the Jozi cityscape by night, to the wafting sounds of South African blues bands.