Home Africa The Place To Stay In Victoria Falls

The Place To Stay In Victoria Falls

I celebrated the Victoria Falls Safari Lodge’s (VFSL) coming of age – its twentieth birthday celebration – in the company of the honourable Walter Mzembi, the Zimbabwean Minister of Tourism and Hospitality, and key players in the local and international travel and hospitality sector. A memorable moment was listening to the two founders – Dave Glynn and Ross Kennedy – recount stories about the early days when it had just opened in December 1994. I admired their tenacity and entrepreneurial spirit: the law of the day stated that no hospitality establishment could be higher than the treeline and yet the three-storey Victoria Falls Safari Lodge gazed over the treetops. That is until the two owners planted a baobab in front of the lodge’s main entrance, and so it has grown in stature, just as the lodge has it grown in size and reputation over the last two decades.

During my stay, I understood why the Victoria Falls Safari Lodge has won numerous awards, earned its place as the region’s most favoured accommodation in various travel publications, and has gathered scores of regular local and international guests. The westward-facing lodge borders the unfenced Zambezi National Park and is nestled atop a hill overlooking the Mopane woodland. I watched from my private balcony as rain clouds whirled across the flat expanse as if I were turning the pages of a flip book. The lodge looks out onto a waterhole that is frequented by elephants, antelopes and a number of bird species. The water’s ripples give away the hiding places of the numerous crocodiles that have made the waterhole their home. There is also much activity around the water’s edge at lunchtime when the vultures are fed.

All the VFSL rooms – standard, deluxe and king suite – recently underwent a full refurbishment and it’s clearly visible from the crisp new linen and carpets to the spacious, modern showers and the USB wall sockets to charge your smart devices. (Hint: while most of the rooms have a view of the waterhole, confirm that yours does when you book.) 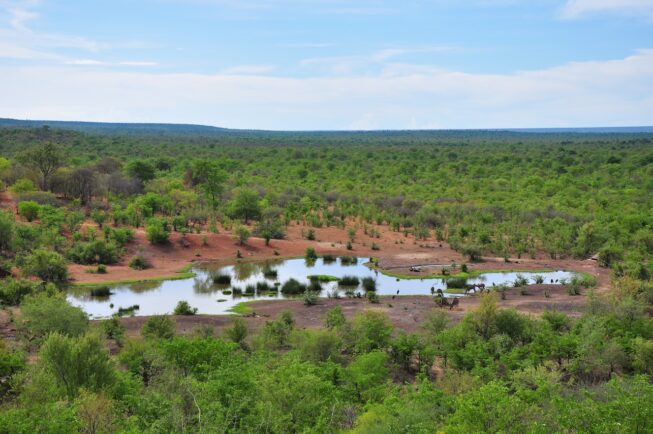 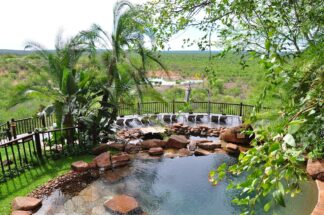 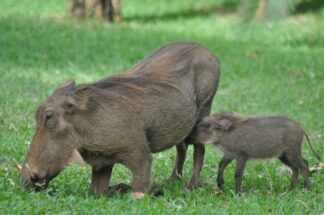 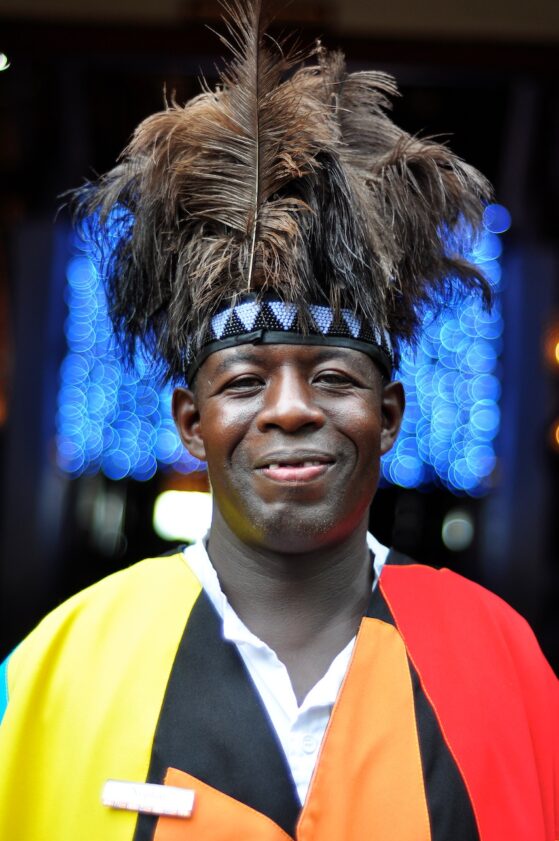 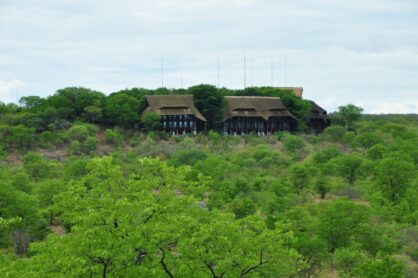 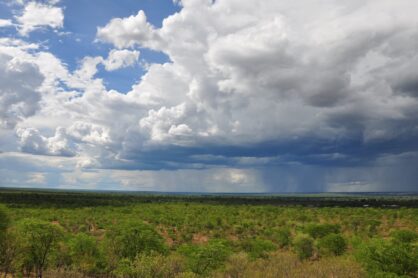 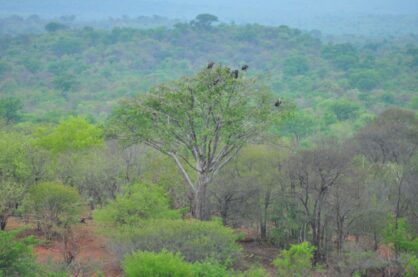 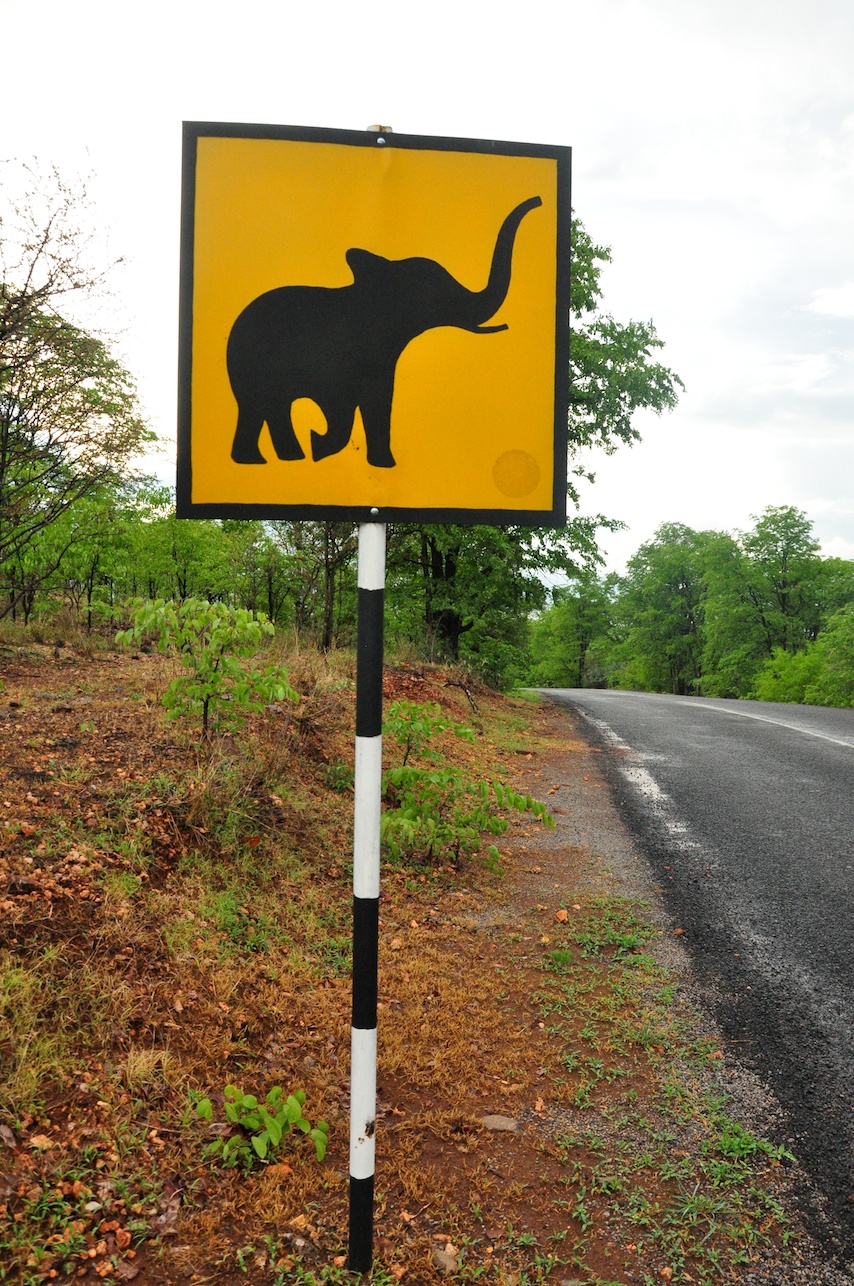 There’s no doubt that you’re staying at VFSL to visit Victoria Falls and Zambezi River, which is only 4kms away, but the Activities Desk vis-a-vis the open-plan Buffalo Bar offers a variety of activities that are sure to keep the adventurous topped up with their adrenalin fix; animal lovers satiated with photographic evidence of their numerous sightings; and those who are here to relax in a peaceful zen state.

While the activities available are extensive, those that top the list include: white water rafting; bungee jumping, swinging and sliding from the bridge; zip lining; a canopy tour; a helicopter flip over the falls; elephant and horse back safaris and even a full day trip to Chobe – to another of Africa Albida Tourism’s resorts – which is only an hour drive across the border in Botswana.

You should consider staying for three or fours days – state your interests at the Activities Desk and they’ll happily suggest a personalised itinerary. Each activity can be paid for prior to departure in cash (US and Australian dollars, pounds, euros and South African rands) or by an authorised credit card.

Those wanting to unwind should lounge around the rock pool deck with a drink in hand; take their book to the lookout point on the topmost level of the lodge; or indulge in a safari body massage or beauty treatment in the comfort of their room. If you need to be productive however, there’s a business centre with four computers and a good internet connection; although if you have a smart device you’ll find a very reliable Wi-Fi connection with strong signal strength throughout the lodge.

Some say that you haven’t truly visited the Victoria Falls region, unless you’ve eaten at the Boma: Place of Eating. And after our celebratory dinner, I understood why. As we entered we were wrapped in a colourful kitenge. The buffet is an African bush eating experience with a variety of game meat on offer – such as crocodile tail, guinea fowl and buffalo stew – alongisde vegetable soup that is served in a small cast-iron potjie pot and a variety of salads and starch sides. Do try their various specialities, such as peanut butter spinach, and if you’re willing to be adventurous try a mopane worm – this coming from me, the pescetarian. It’s a favourite among the locals and heralded for it’s high protein content. I think it’s more the thought of eating an insect, rather than the taste or texture that leads to hesitation among most, but the worms are dried and seasoned, and frankly taste like chewy biltong. I even have a certificate to prove my ‘bravery’. And as far as unusual desserts go, I nibbled on a sour powder-covered seed of a dried baobab fruit.

A highlight of the evening’s celebrations was the drumming session, whereby each guest was given a drumming 101 on an animal hide drum. Once we got the hang of it, the 300-seater boma was divided in half and the drumming show-down began. A performance by the traditional dancers was just what we needed to get us fired up and onto the dance floor to jam to a mix of old-school classics interspersed with club beats.

The Boma is located on the Victoria Falls Safari Lodge property and is a leisurely 500m walk from the lodge – yes, even at the end of the evening – although a golf cart can be arranged. Private and bush dinners can also be organised during your stay and dining at the on-site MaKuwa-Kuwa a la carte restaurant offers spectacular views. 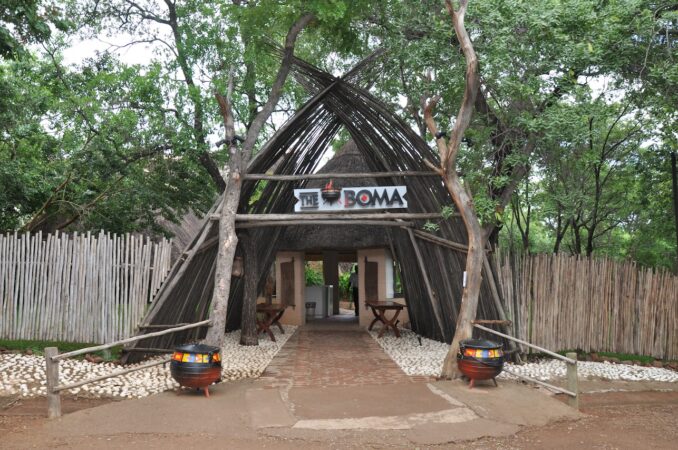 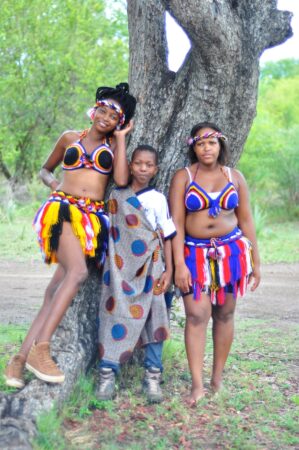 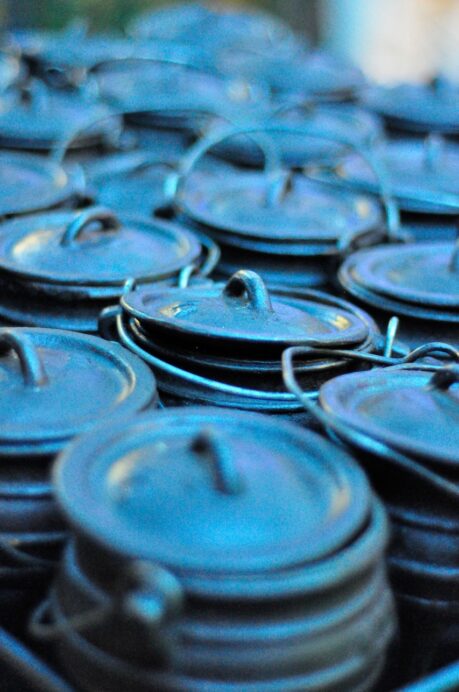 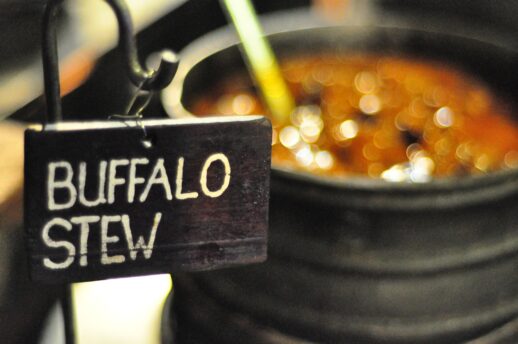 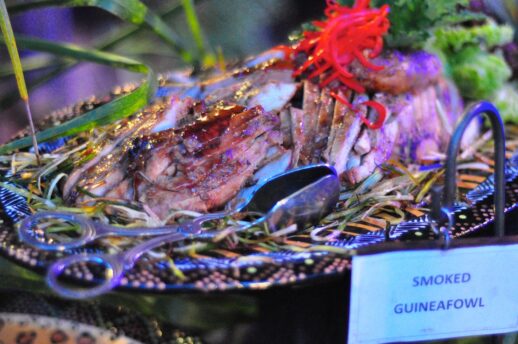 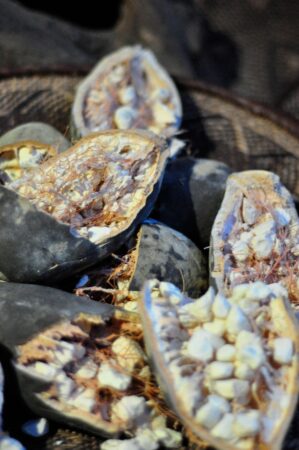 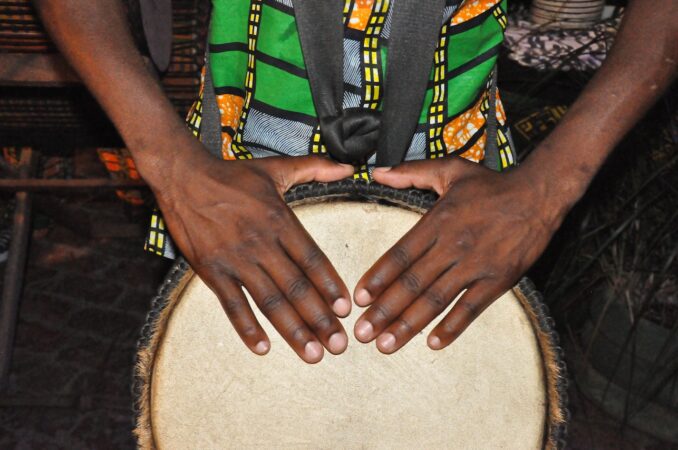