Home Africa Along The Zambezi River

Along The Zambezi River

The Zambezi River, which straddles the border between Zimbabwe and Zambia, is the lifeline of the Victoria Falls and all the tourism it attracts and opportunity it creates for both countries. Even along the main road into town from the Victoria Falls International Airport in Zimbabwe, the plume of spray from the waterfall is noticeable – it is a distinguishing feature of the town. Some say that on a clear day, during the rainy season when the Zambezi’s banks are full, it can be seen for up to 30km away.

While David Livingstone, the Scottish missionary who came upon the waterfall in 1855, named it in honour of the British Queen, Victoria, to the locals this UNESCO Natural World Heritage Site has always been known as Mosi-oa-Tunya – the smoke that thunders. The Zambezi River is close to 2km in width at the falls and is the world’s greatest sheet of falling water: up to 500 million litres of water (especially during the rainy season) plummets for over 100 metres over the basalt lip into the gorge. The water then zigzags for 150km downstream.

An iridescent mist rose overhead, twirled in the wind, sparkled in the sunlight and formed rainbows before raining down upon us. I was enthralled by the riverine rainforest vegetation through which we walked to get from one viewing point to the next. The rainforest thrives on the humid conditions from the spray and mist. It’s home to thick, verdant undergrowth made up of curled up ferns and what the locals call the scrambled egg tree, further away from the spray. It was thrilling looking over the lookout points as the water tumbled and twisted. There’s no barrier on the sheer cliff, so it’s important to exercise caution when looking over the edge. 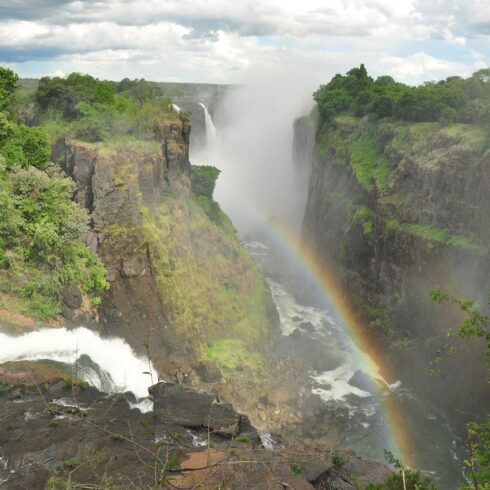 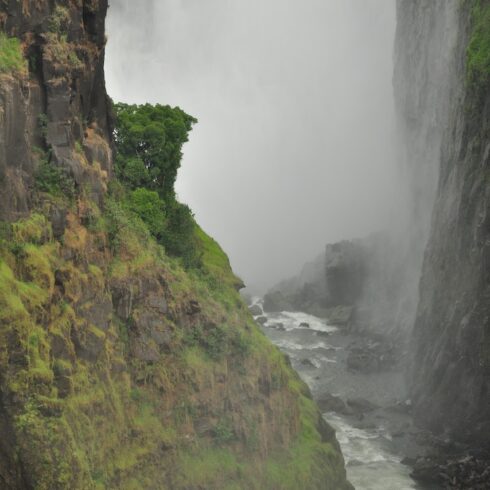 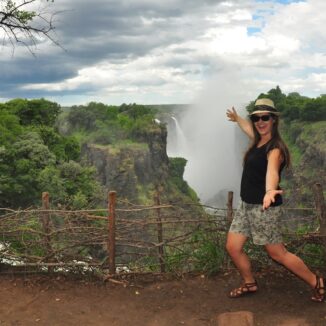 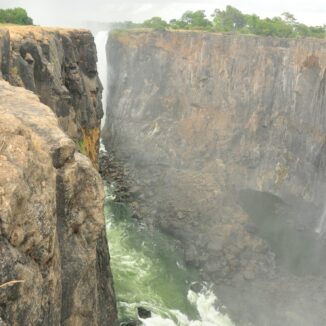 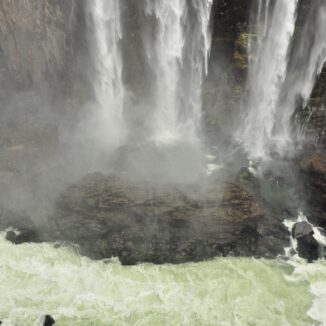 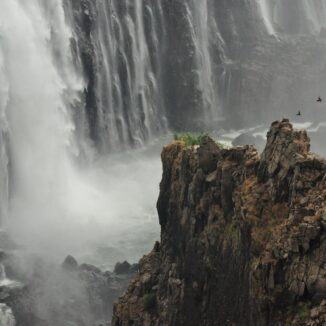 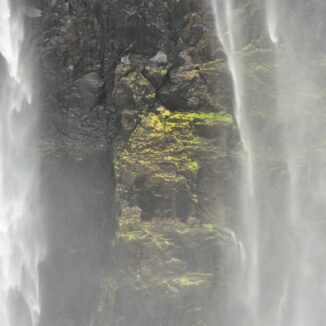 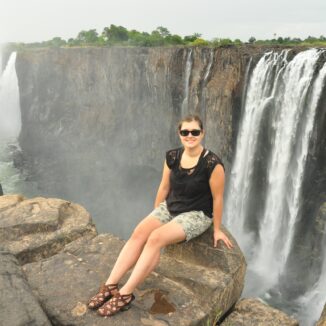 When water levels are low, around November, elephants are seen crossing the Zambezi River between Zimbabwe and Zambia, with their trunks waving in the air. It’s quite common to see a number of hippo pods and crocodiles as the Zambezi Explorer gently meanders up and downstream. A keen-eyed fellow traveller also spotted two giraffes foraging on the Zambian side of the river during our water safari.

The Zambezi Explorer has a number of cruises to suit your itinerary, whether it’s a breakfast, lunch, sunset or dinner cruise. Our gourmet lunch-time cruise had on offer a number of lunch choices from the vegetable curry, which I thoroughly enjoyed, to the grilled fish straight from the river and the meat option of the day. Selected drinks from the onboard bar are also included in the cruise as well as a selection of desserts. Guests can also buy cigars to savour on the Signature Deck on the third and topmost level.

We were entertained by the well-renowned five-piece Detema Jazz Band, while captain Ndlovu explained to me that the boat is eco-friendly as the onboard facilities predominantly run on solar power and the boat uses, on average, 16 litres per two-hour trip. And not that you’ll be needing it when you’re surround by such a resplendent environment, but there is Wi-Fi onboard. 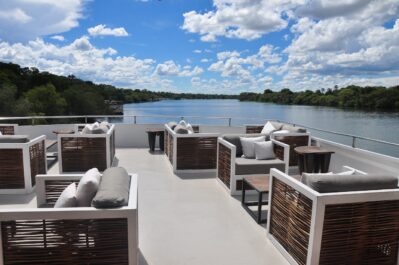 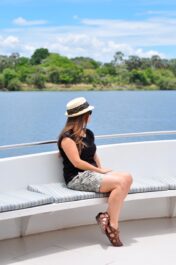 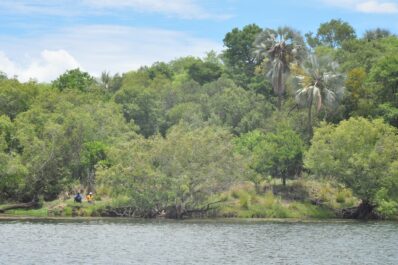 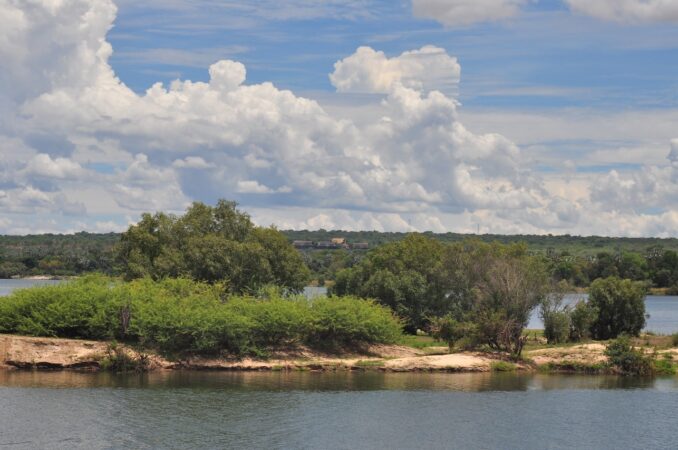 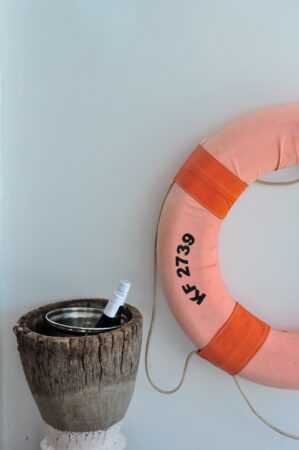 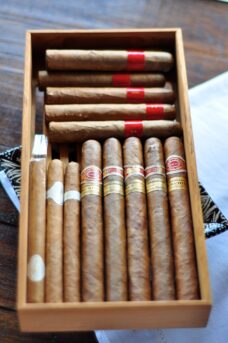 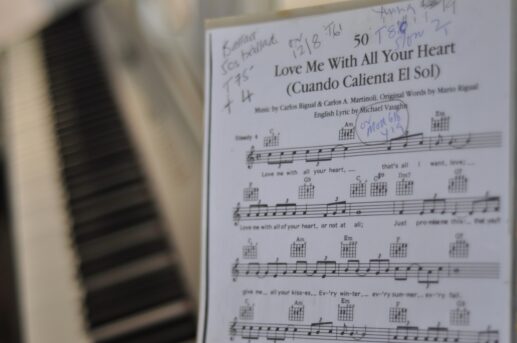 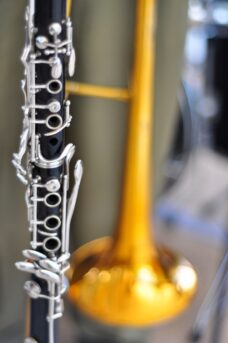 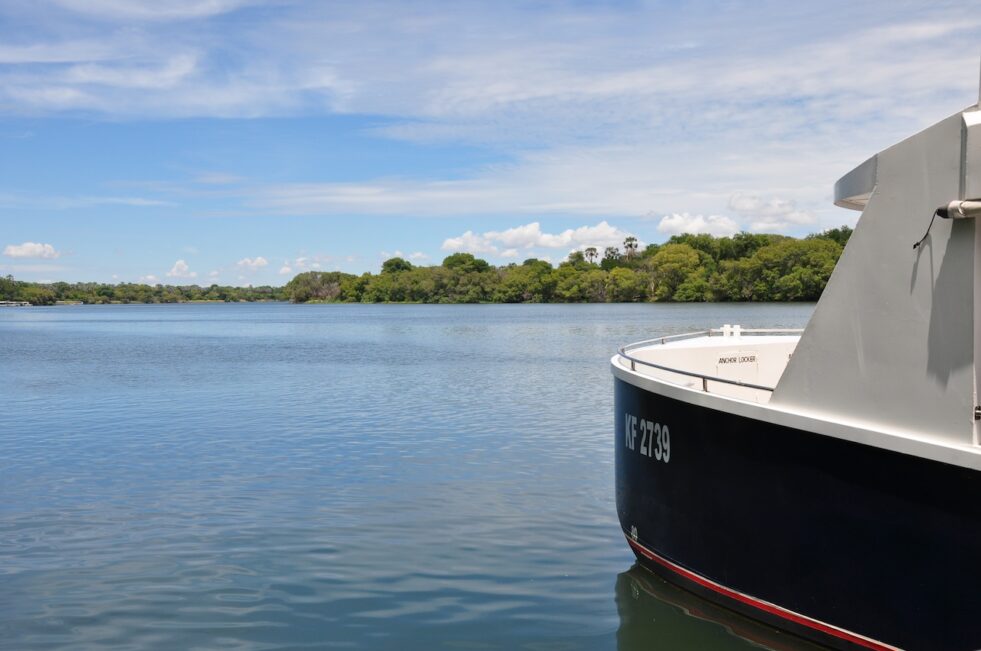 In a peaceful setting, on the banks of one of the river’s many tributaries we enjoyed refreshing afternoon drinks (I tried Zambezi beer) before we were introduced to the elephant herd at Wild Horizons. We were reassured that only positive reinforcement is used in the training of the elephants. While others in our party fed them, I happily snapped away: the photos speak for themselves. It’s also possible to do an elephant-back safari.

Earlier this year honourable Walter Mzembi – the Zimbabwean Minister of Tourism and Hospitality, with whom we spent time during our stay at the Victoria Falls Safari Lodge –  announced the development of 300ha entertainment zone that will include an amusement park, shopping mall and casino. The project will piggyback on the expansion works at the Victoria Falls International Airport set to be opened in August 2015. The existing airport building will be converted into a domestic terminal and a new international terminal is being constructed. The new 4km-long runway will accommodate long-haul, wide-bodied aircraft and is expected to stamp the passports of up to 1.2 million annual tourists. 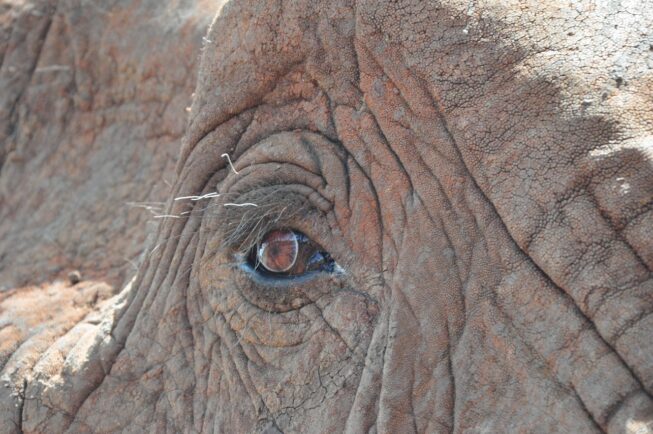 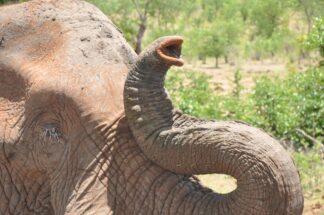 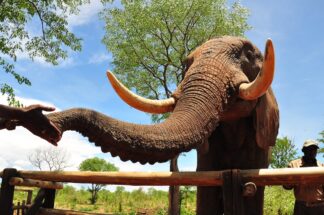 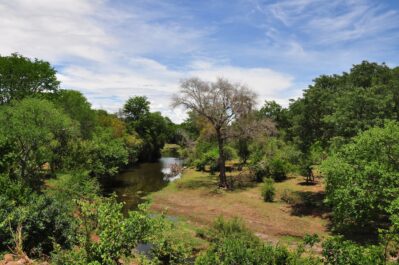 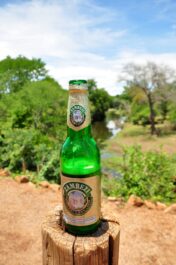 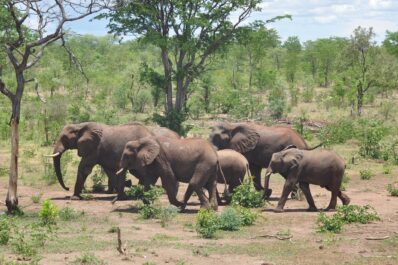 Getting to the falls: The Victoria Falls Safari Lodge offers a complimentary shuttle to the falls, which are only 4km away, as well as to town.

$20 SADC residents (be sure to bring your passport)

Keep in mind: If you’re bringing along your camera and electronic gadgets when you visit the falls, put them into a Ziploc plastic bag to keep them dry in your backpack and bring along an umbrella; otherwise enjoy the thrill of being soaked, it’s all part of the excitement after all.

Currency: The Zimbabwean dollar has been discontinued and it’s best to use US dollars or your authorised credit card to make payments, although Australian dollars, pounds, euros and South African rands are also accepted. Many informal craftsmen and curio sellers offer to barter their wares for clothes and shoes.

Safety: I never felt threatened while I was there and the locals were very friendly, but as always exercise caution no matter where you travel – don’t walk around alone and don’t flaunt your expensive gadgets about. Be firm with hagglers if you’re uninterested in buying their wares. 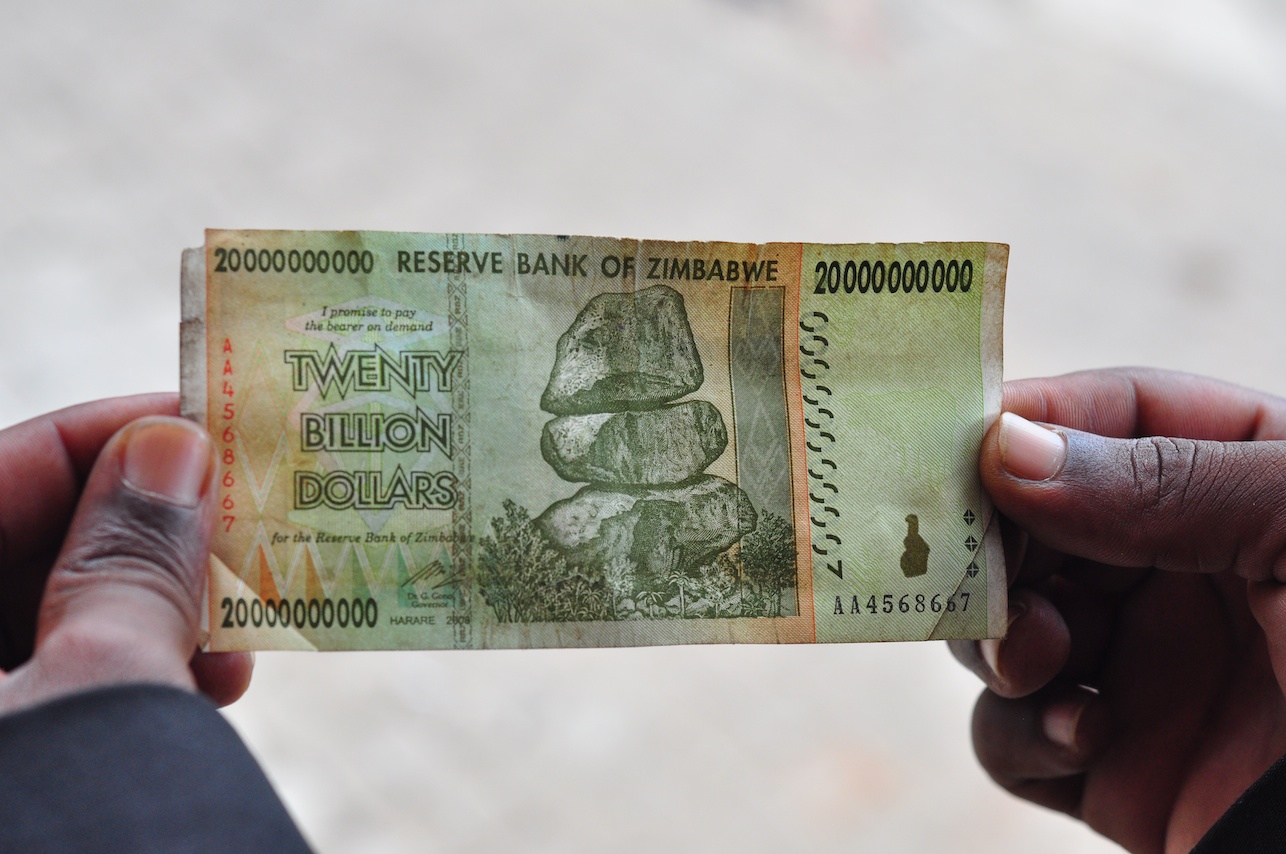