Home Africa 100 hours in the Kingdom of Swaziland

100 hours in the Kingdom of Swaziland 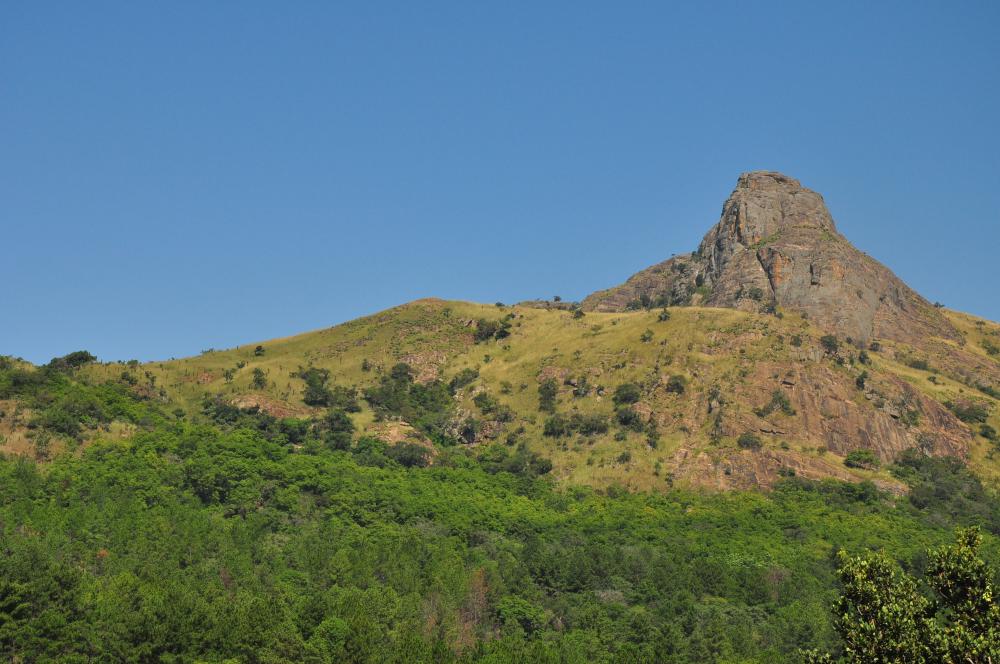 The Kingdom of Swaziland is Africa’s smallest country at no more than 200 kilometres from north to south and 130 kilometres from east to west. Despite its small size I discovered that it’s a land of adventure and cultural experiences. Swaziland is bordered by South Africa and Mozambique.  And if you really want to make an epic road trip out of this, why not drive take a bit of a detour and drive through Mpumalanga’s Panorama Route on the way there or back.

This post is divided into two sections, things to do and things to see, so you have free reign to create your own itinerary (whether you want to stay longer or shorter than four days) based on your interests and the time of year you visit. Below are also suggestions of souvenirs to buy and where to stay.

What to do in Swaziland

1. Not too far from the Oshoek border post with South Africa is Hawane Resort, the ideal place to stay if you’ve crossed the border rather late in the day and want to relax before continuing your journey the following day. Here you can unwind near the pool, have a treatment at the spa or go horse riding in the nearby veld and to a surrounding dam. As you can see, we did an early morning out ride before breakfast, that is, after all, the best time to do it when the light is just right. 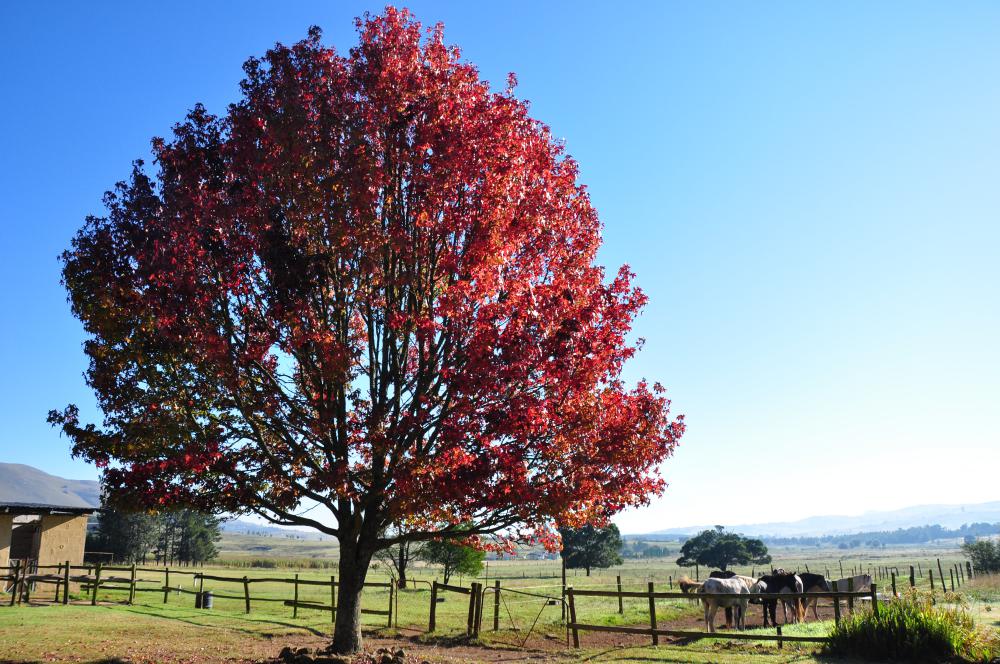 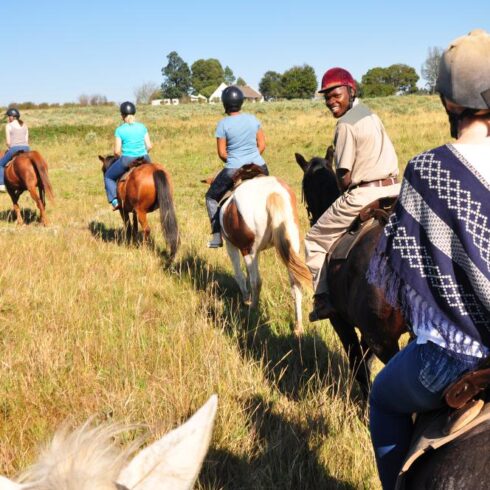 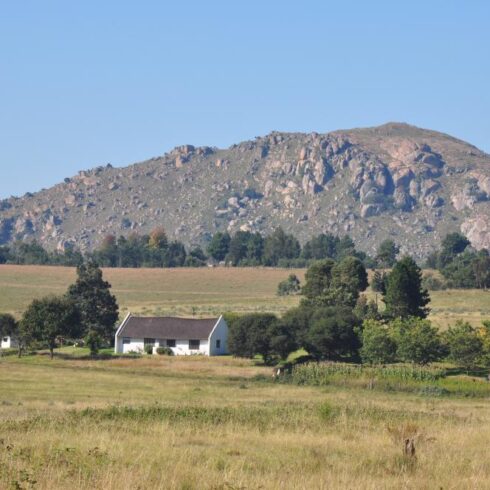 2. An unmissable experience is the country’s only treetop forest canopy tour at Malalotja Nature Reserve. You’ll whizz above Sihlotswane Gorge and tackle a 50-metre-long suspension bridge that sways over the tumbling Majolomba River. The longest of the 10 zip lines is more than 300 metres in length, enough for you to scream in glee, as you fly through the air.

3. If you’re an avid hiker, like me, find a local guide through the Swaziland Tourism Board and explore The Gap and the potholes that have been carved into the granite rocks through the swirling and rushing of water. The legend goes that this was the only place where people could cross the river before bridges were built because of the ‘gap’ where the river disappears beneath the rocks and then reappears. Make sure you pack enough water in your backpack, as the hike back to the top can be quite demanding. As you can see form the photograph below, the potholes lie in the embrace of a valley. 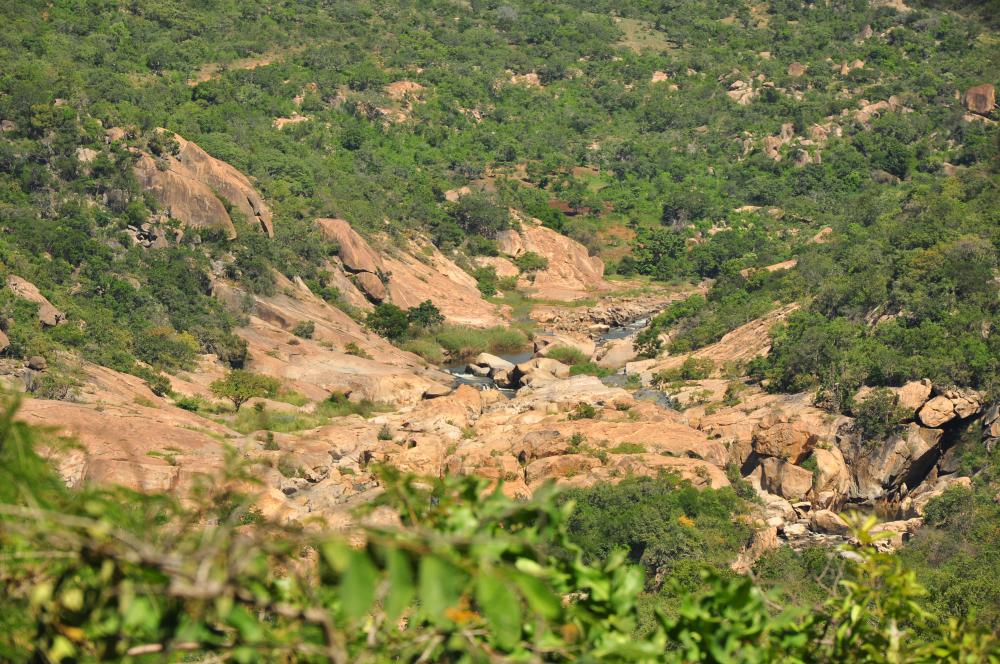 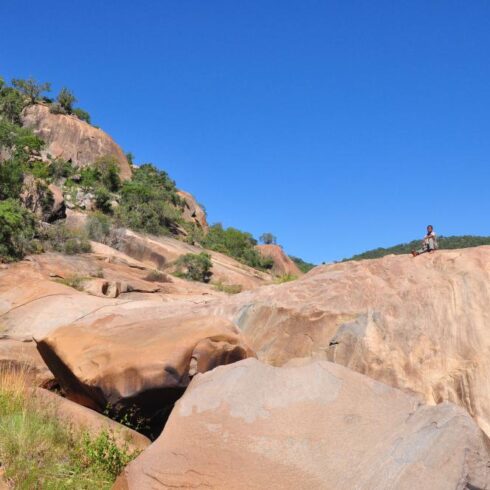 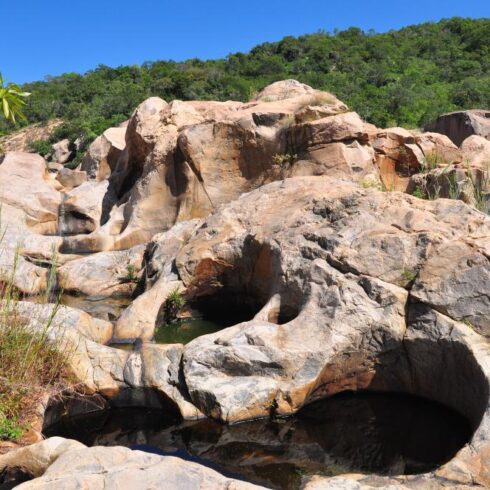 4. A 4 000-year-old piece of Swazi history is found in the overhangs at Nsangwini Rock Shelter. This example of San rock art is the largest in the country and is narrated by community members of the Nsangwini community, who manage it. Four millennia ago, the San people used this Highveld area for spiritual rituals and to record iconic moments in their lives through etchings on the ancient rocks. 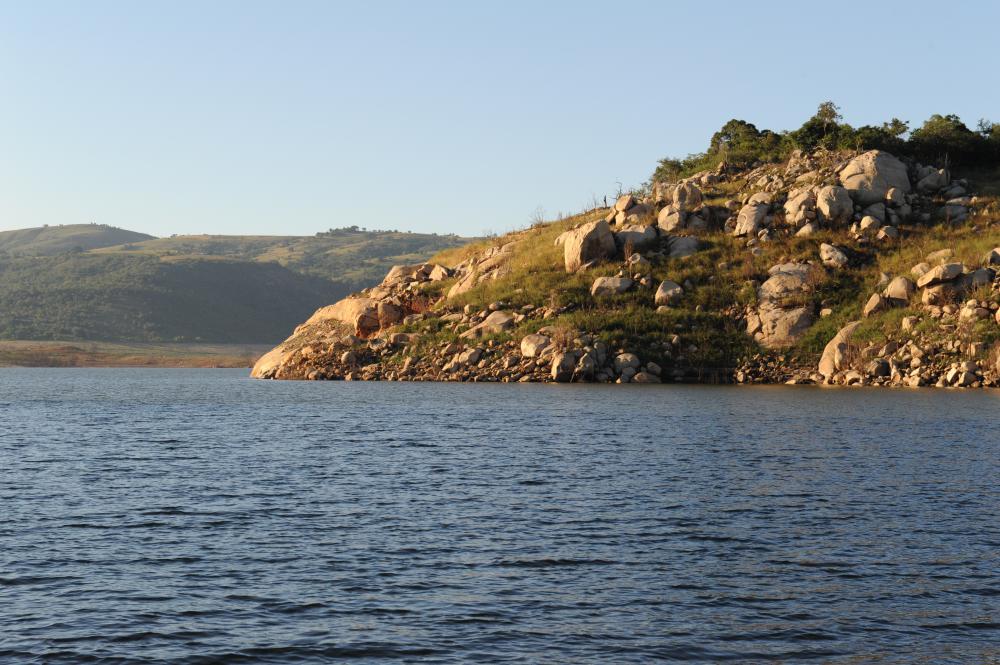 5. If you’re already in the area of the rock art, then end the day with a sundowner cruise. As we circumnavigate around the edges of Maguga Dam aboard the Shosholoza, I make out the layered volcanic and sedimentary rocks of the 3 500-million-year-old Makhonjwa Mountains. It is here that the Komati River empties into the dam. We clink our bottles of Sibebe beer as we make another circle around the dam.

6. Rise with the sun and embark on a walking, horse riding, self-drive or cycling tour of one of the country’s three biggest national parks, with the hope of spotting some of its 51 animal species and 200 bird species. It’s quite the adrenaline rush, as you stop a couple of metres away from a wide-mouth crocodile and pedal past herds of zebras and termite mounds twice your height on two wheels. 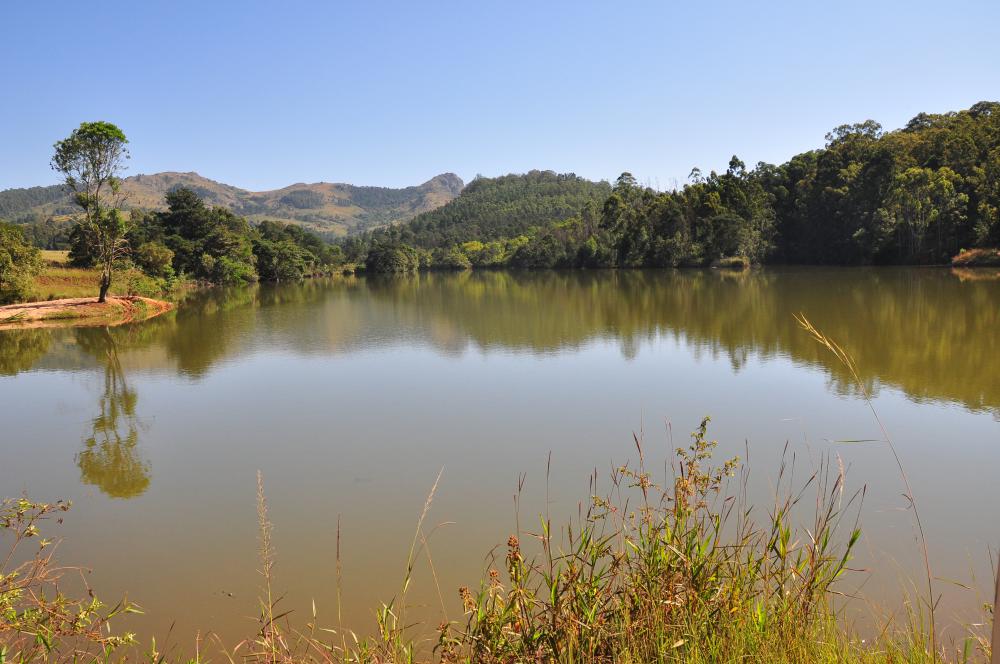 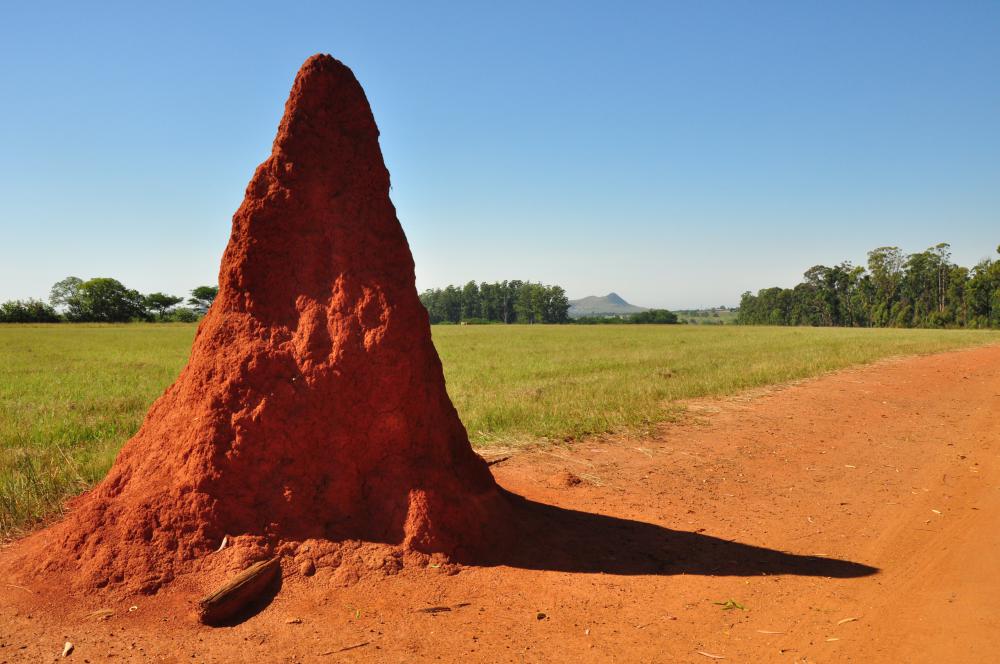 What to see in Swaziland

Ezulwini Valley reverberates with music from around the world during the annual three-day Bushfire Festival, when some of Africa’s most renowned musicians and performers take to the three stages. This family-friendly music festival is ideal for a long weekend away and was also named best responsible event by the 2017 African Responsible Tourism Awards. 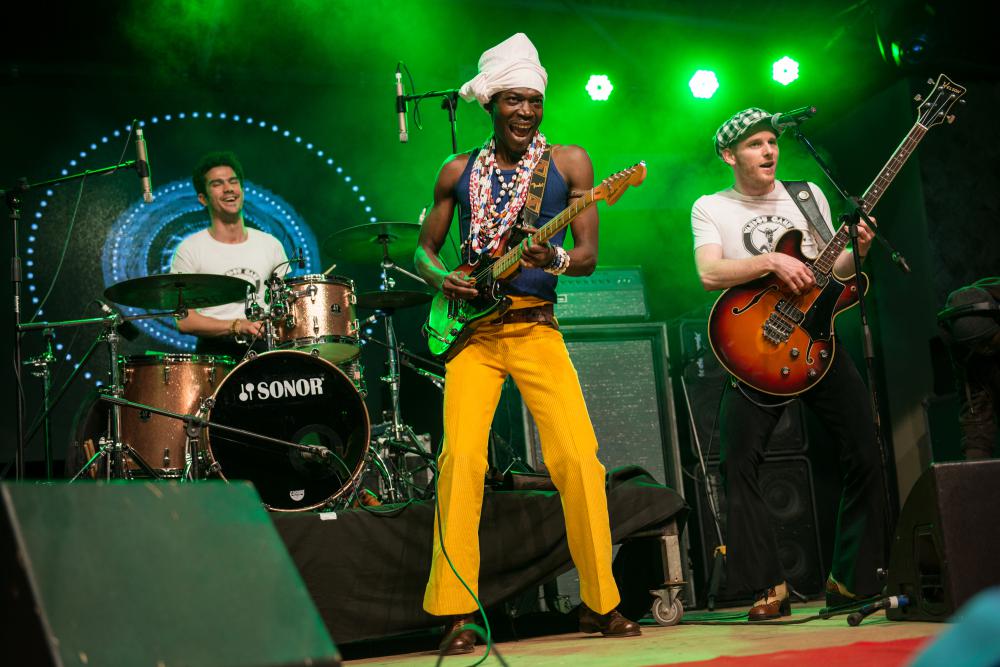 When: late August or early September

The small landlocked country is one of the few remaining executive monarchies in Africa, with 49-year-old King Mswati III as the head of the Swazi royal family. And so Swaziland is perhaps best known for its annual Umhlanga Festival and Reed Dance, when Swazis travel to the capital, Mbabane, for the eight-day festival that happens in late August or early September. At this time around 40 000 traditionally dressed women cut reeds to present to the Queen Mother (Indlovukazi) for the repair of her royal residence. They dance and sing for the king, who takes this opportunity to choose a new wife. King Mswati III’s father, Sobhuza II, was crowned king when he was four months old and remained the absolute ruler for 82 years, leaving behind 70 wives when he died. 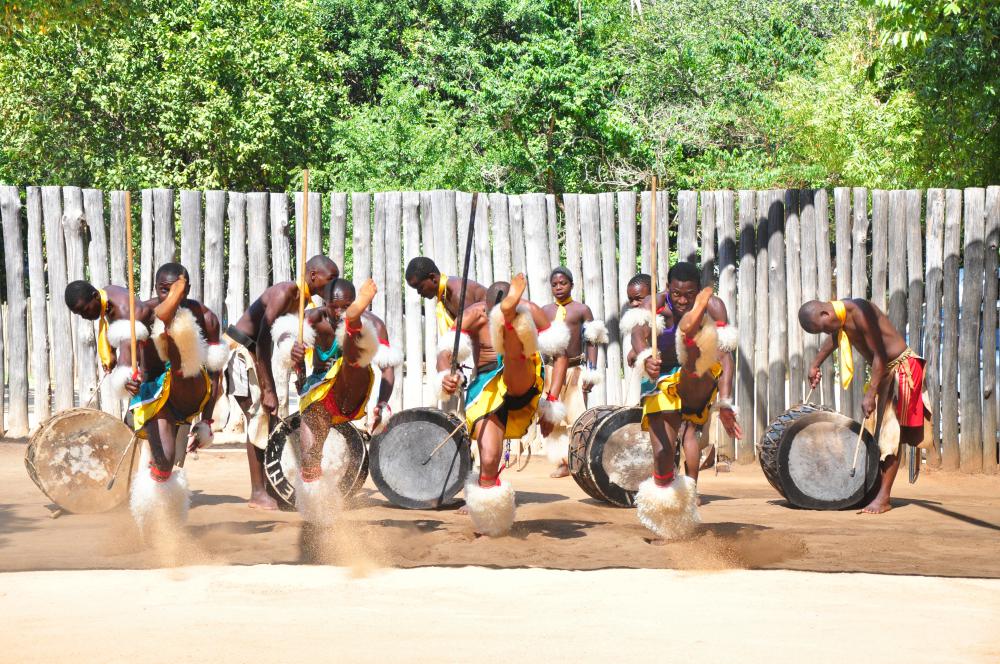 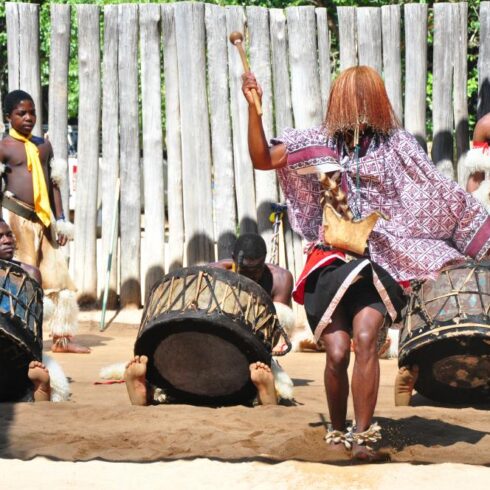 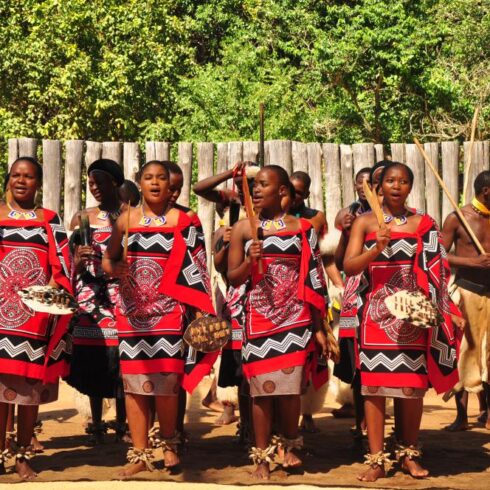 If you miss the Reed Dance then Mantenga Nature Reserve in the Ezulwini Valley (meaning Valley of Heaven) offers cultural dancing and tours of traditional Swazi households at Mantenga Cultural Village. Though perhaps it’s not as intriguing for South Africans and those living in neighbouring countries (as they’ve surely visited similar cultural villages in their own countries), foreigners will find it a fascinating introduction to the nation’s culture and history, even if it is somewhat contrived, as an educational show put on for tourists. We also walked to Mantenga Waterfall nearby where our guide, Lucky, posed in his traditional clothes. 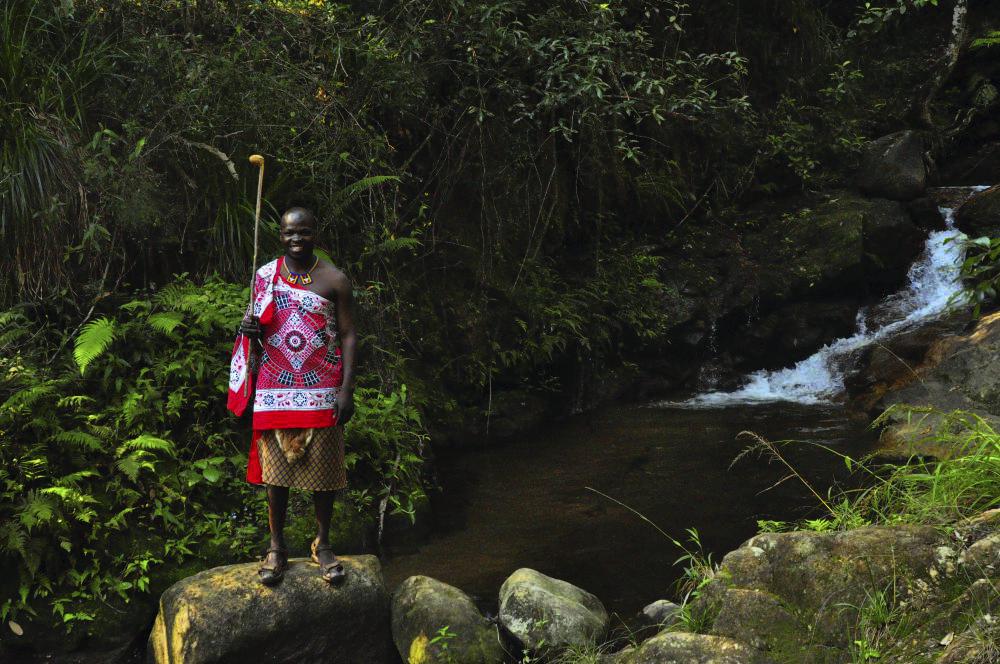 What to buy in Swaziland

If you drive through the Oshoek border post, coming from South Africa,  Ngwenya Glass Factory is a popular shopping attraction, where on weekdays you can watch glassblowing from 100% recycled glass. Handmade souvenirs, such as colourful hand-woven baskets, jewellery and other artefacts are sold at the neighbouring craft market stalls. Their restaurant doesn’t disappoint. I had the vegetarian crepes and also tried the salad on another occasion. 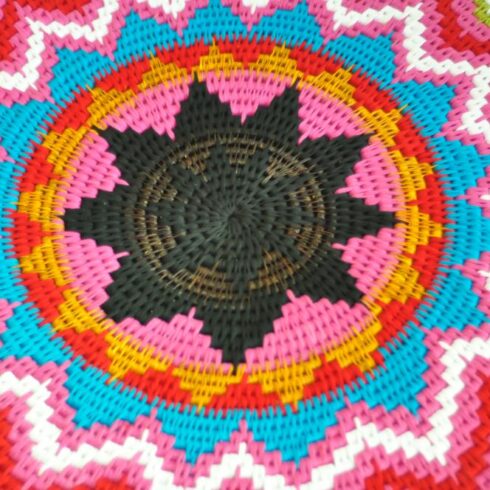 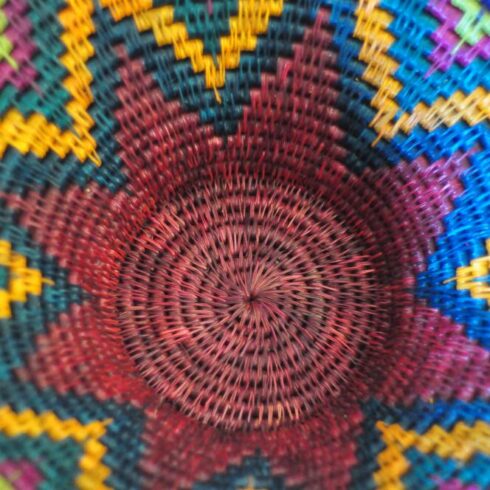 For more local souvenirs, visit the Swazi Candle Factory in the Malkerns Valley, where craftsmen bring coloured wax to life in the shape of animals, marine creatures and birds. Other crafts such as batik, hand-woven mohair items, wooden sculptures and curios are on sale at the outdoor market. 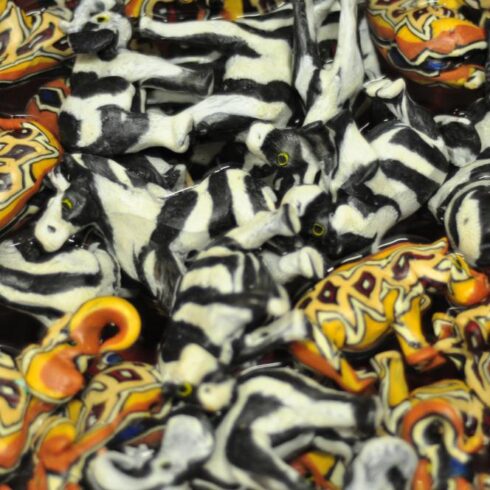 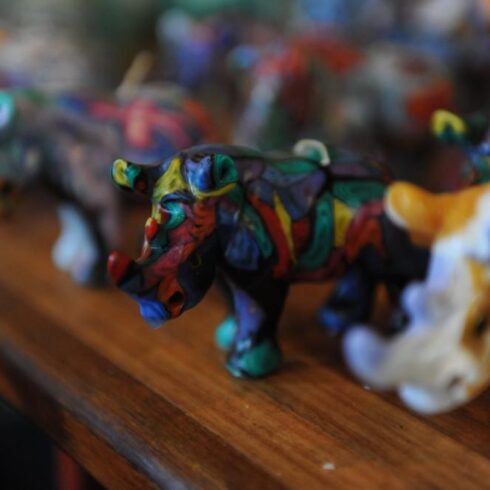 Where to stay in Swaziland

During one of my most recent trips, I stayed at the traditional en-suite beehives in Mlilwane National Park. It was an unsurpassable experience and I highly recommend it. While the huts’ grass structure is constructed in the traditional manner, I was surprised to see the interior and how well equipped it was. Since the reserve’s establishment five decades ago it’s prevented the local extinction of a number of animal species: [email protected] 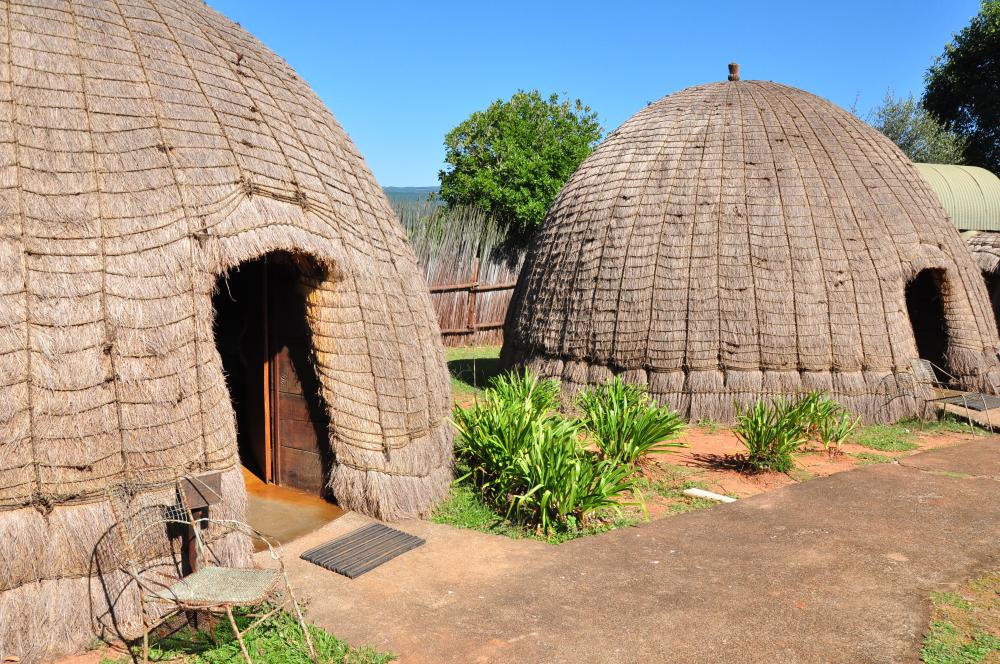 Hawane Resort also offers smaller bee hive accommodation options not too far from the Oshoek border. The staff are exceptionally friendly, though their paid-for internet is quite pricey. It also offers a number of activities to keep you busy, such as quad biking and horse riding, and has an on-site restaurant and spa: [email protected] 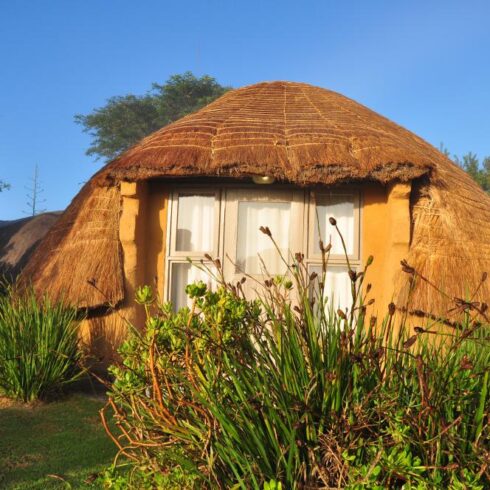 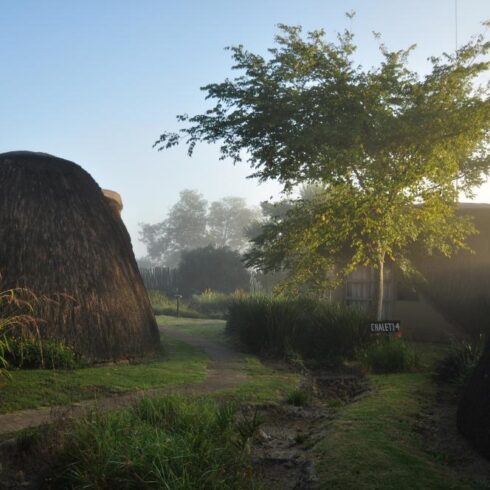 Set on the southern banks of the dam, Maguga Lodge looks out onto the dam wall. The lodge’s thatched wooden deck provides panoramic views through the tree tops. No matter what you order for dinner from the hearty menu, take my word for it and don’t pass up on the apple crumble, it’s the best I’ve come across in years: [email protected]

If you’re looking for something wholly different then you should spend the night or weekend on the waters of Maguga Dam aboard the fully-equipped, self-catering  Maguga House Boat that sleeps four: [email protected] 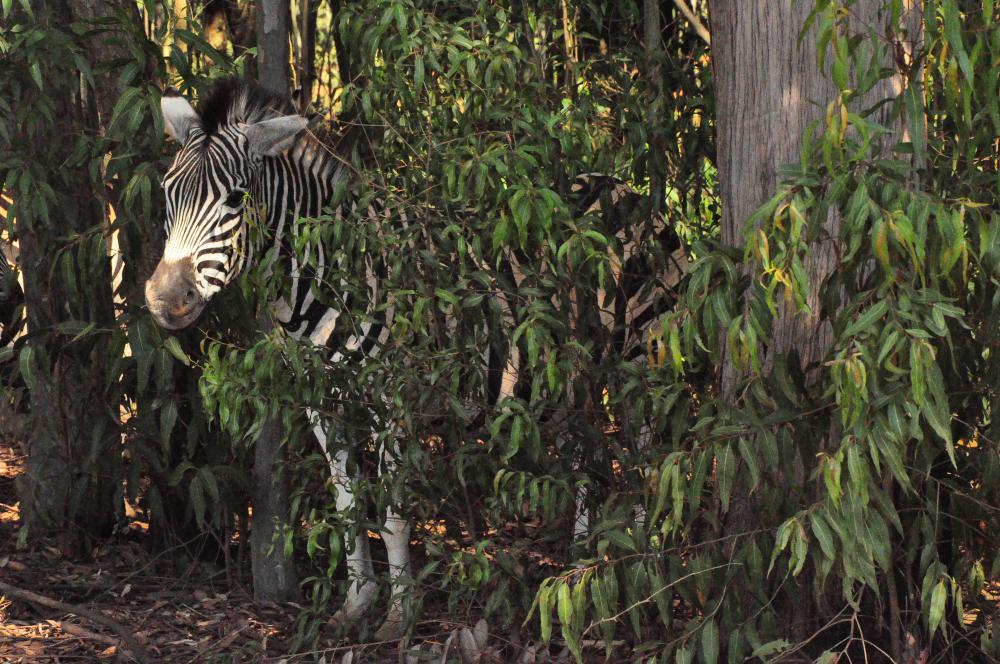 How to get there and other practical things

Currency: South African rands are accepted, but some tourist attractions only accept paper notes, not coins. Most hotels, restaurants and shops also accept authorised credit cards, except for petrol stations.

Border post times: you can find them here: www.thekingdomofswaziland.com.

Visa: although South Africans don’t require a visa, a valid passport is necessary to cross the border.

This post is a written based on a self-funded trip to Swaziland as well as a hosted press trip with Swaziland Tourism Board. As always all opinions are my own, but you already know that! ;)