Dashing through Durham in 48 hours 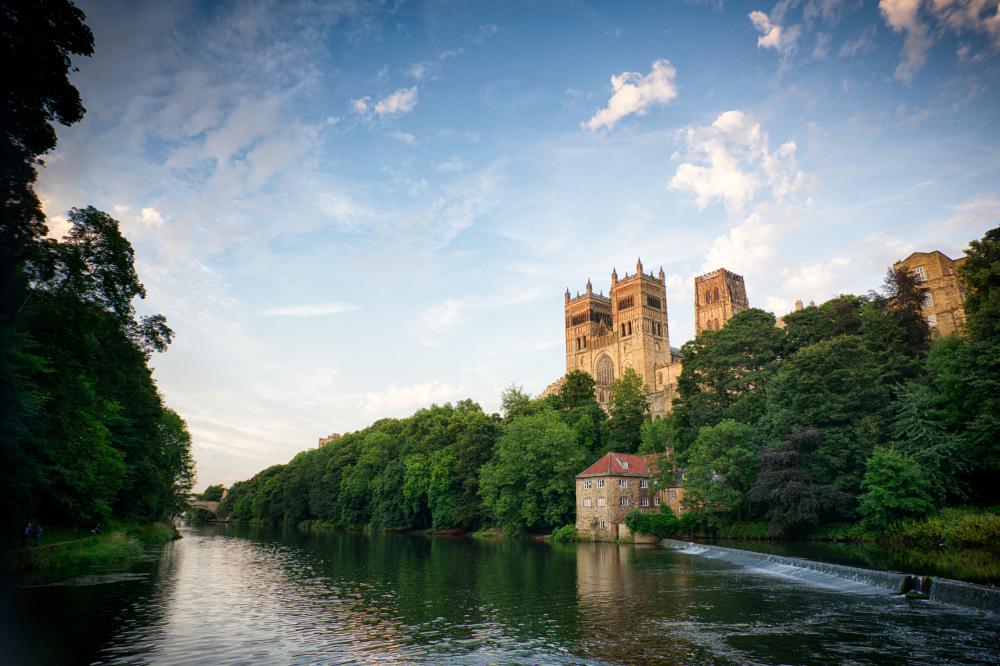 Three hours from London by train and 15 minutes from Newcastle Gateshead lies the North East county of Durham. It’s a portmanteau of the Celtic word “dun”, which means hill fort and the old Norse “holme”, meaning island. This is a land of castles and UNESCO sites, meadows and cobbled streets, students and saints, and then some more castles, which lies within easy reach of the eastern coast. It’s the perfect place for history boffs, architecture aficionados and nature lovers. No wonder Condé Nast crowned it the “best city in the UK”.

This quintessential university town is perhaps best known for its cathedral – a UNESCO World Heritage Site – which has been used in the filming of a number of films and British series, such as Elizabeth the Golden Age, Snow White and the Huntsman, and the BBC crime drama series George Gently. While Dark Angel, Beowulf, and Downtown Abbey were filmed around Durham county. I pretended to be a student at Hogwarts as I walked through the corridors that have become so familiar to me through countless rewatchings of Harry Potter. 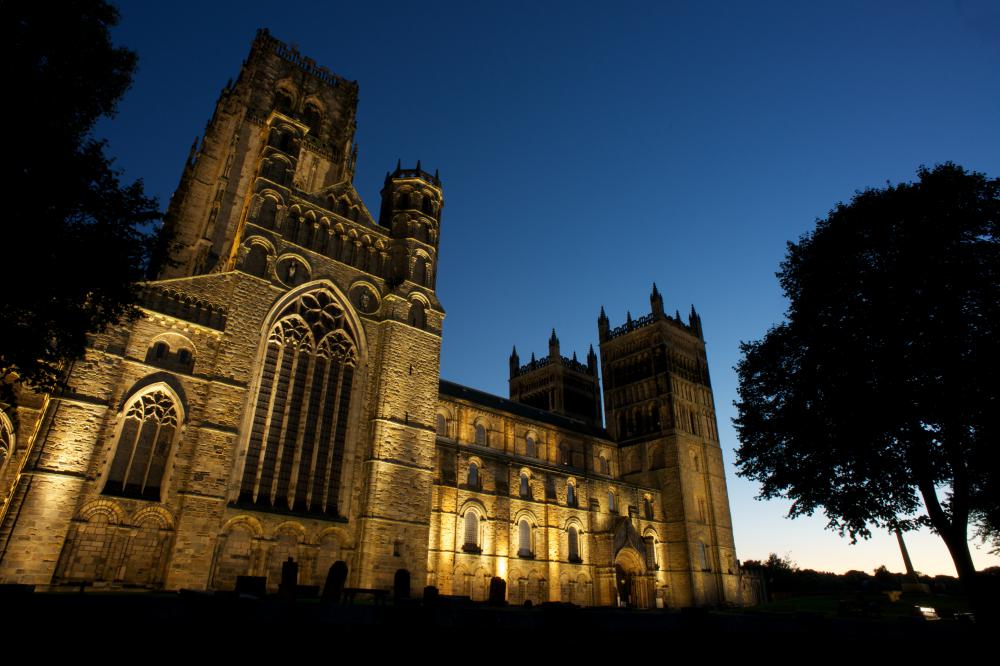 This 11th century cathedral, built in 1093, is widely considered to be one of the finest Norman Romanesque buildings in the country and possibly in Europe. It’s also a popular pilgrimage destination as it’s the burial site of St. Cuthbert and the resting place of St. Bede. The guide showed me the 12th century Galilee Chapel with its medieval wall paintings, the Rose Window in the Chapel of the Nine Altars and the intricate wooden carvings that surround the altar.

Then I descended underground for the Open Treasure exhibition that makes it’s way through the 14th century monks’ dormitory and monastic great kitchen. Here I oogled at the collection of treasures on display from bishops’ robes to cutlery and silver sacred vessels once used during mass. 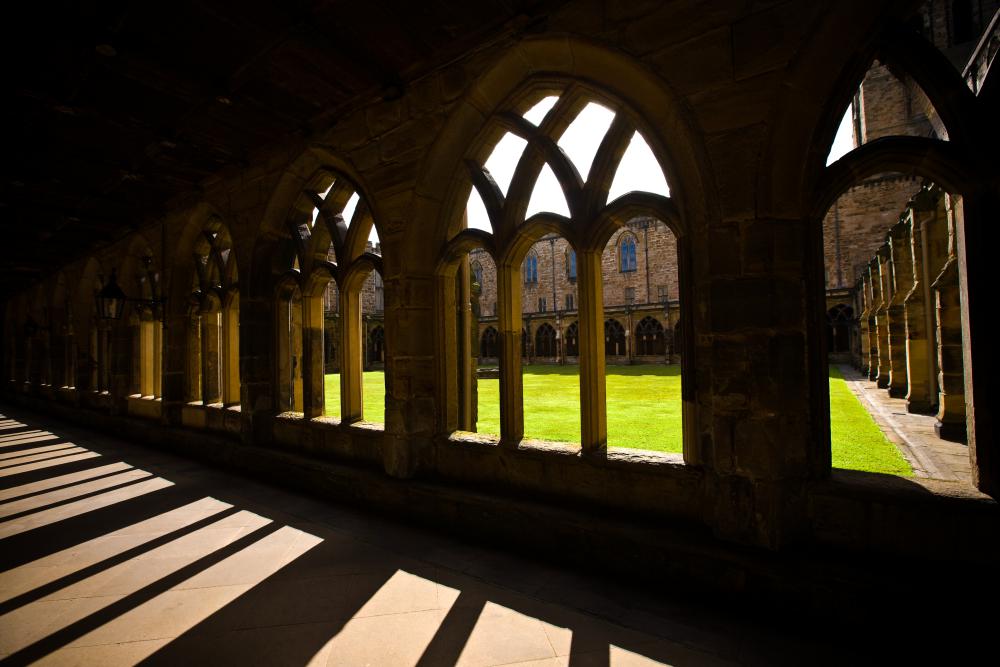 Opposite the cathedral is the university, which is housed Durham Castle, another UNESCO Site. The castle which sits atop the hill guarding the medieval city below, was once a fortress. Today, it’s reputed to be one of Great Britain’s best academic institutions and also has an adjoining museum. It can only be visited as part of a guided tour that takes visitors through the chapel and into dining halls, still used today, where cloth hangs from the ceiling and swords are pinned to the walls. As our tour was ending the staff were laying the tables for a communal weekly dinner. It looked rather fancy, just like in the movies, and sounded even more exciting when we learned that the students are allowed to bring a bottle of wine to the table. 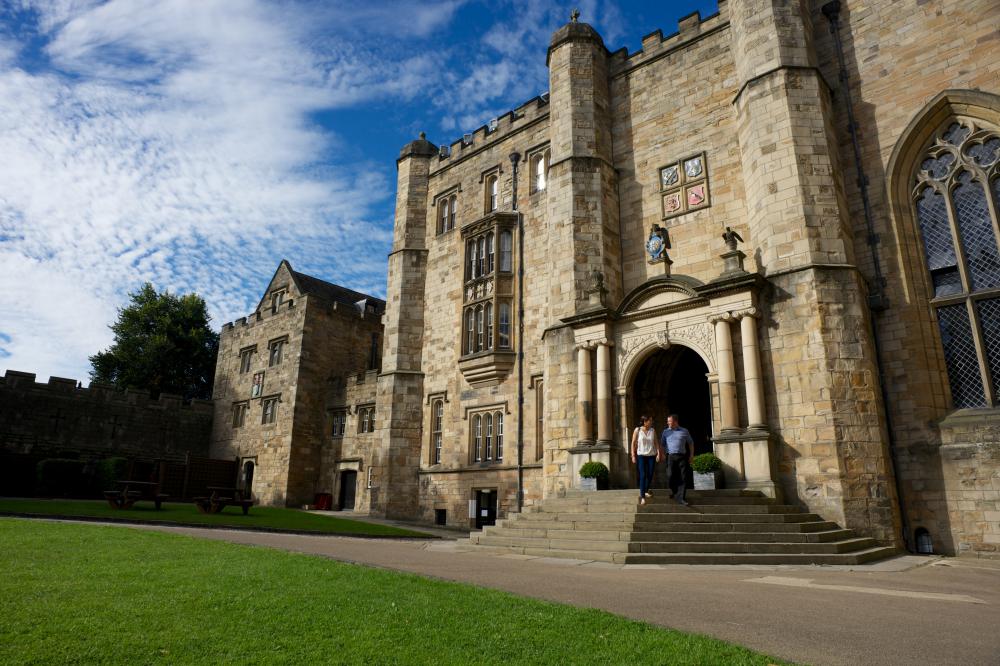 Afterwards I ate a lunch of soup and quiche in an equally interesting setting – the Undercroft Restaurant, where I admired a Lego replica of the cathedral. You will probably recognise the medieval cloister (now the cathedral shop and restaurant) from the first two Harry Potter films.

I walked along the Wear River (pronounce ‘we’re’) to get views of the cathedral from the riverside. In the warmer months you can see students rowing or may happen on the regatta that’s held each June. It dates back to 1834 and is the second oldest regatta in the country. The Wear River wends its way through the county for close to 100km until it reaches the sea at Sunderland. If you love the coast it’s really worth visiting the Durham Heritage Coast, 20-odd kilometres away (around one and a half hours by bus). Here you can appreciate its beaches and rugged limestone cliffs in a spectacular setting. It is one of the United Kingdom’s most protected habitats, known for its rare flora and fauna (450 species of plants and wild flowers). Alternatively explore the meadows of the Durham Dales. 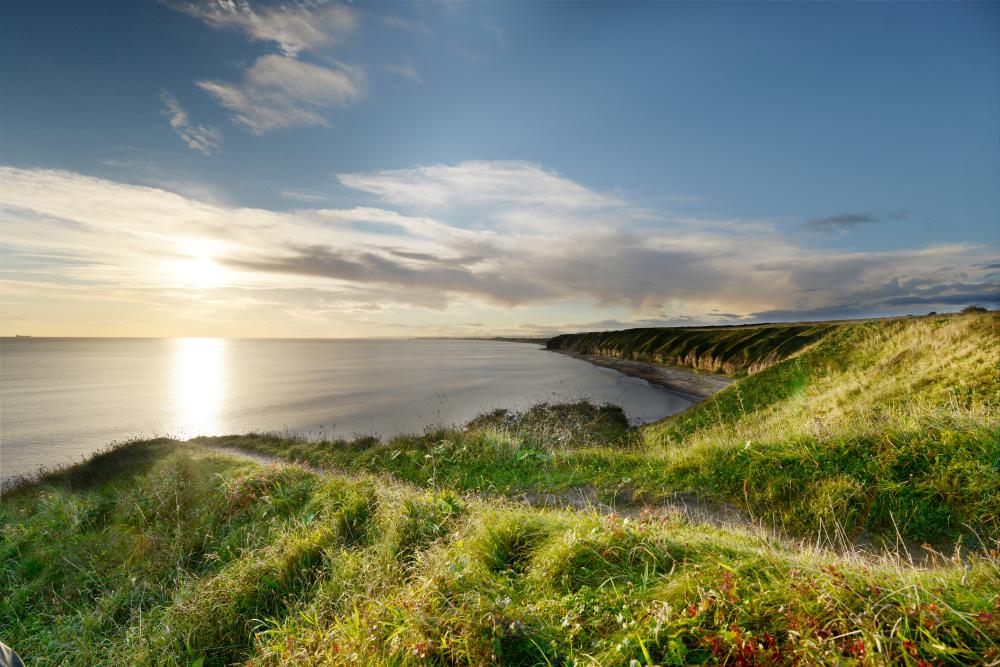 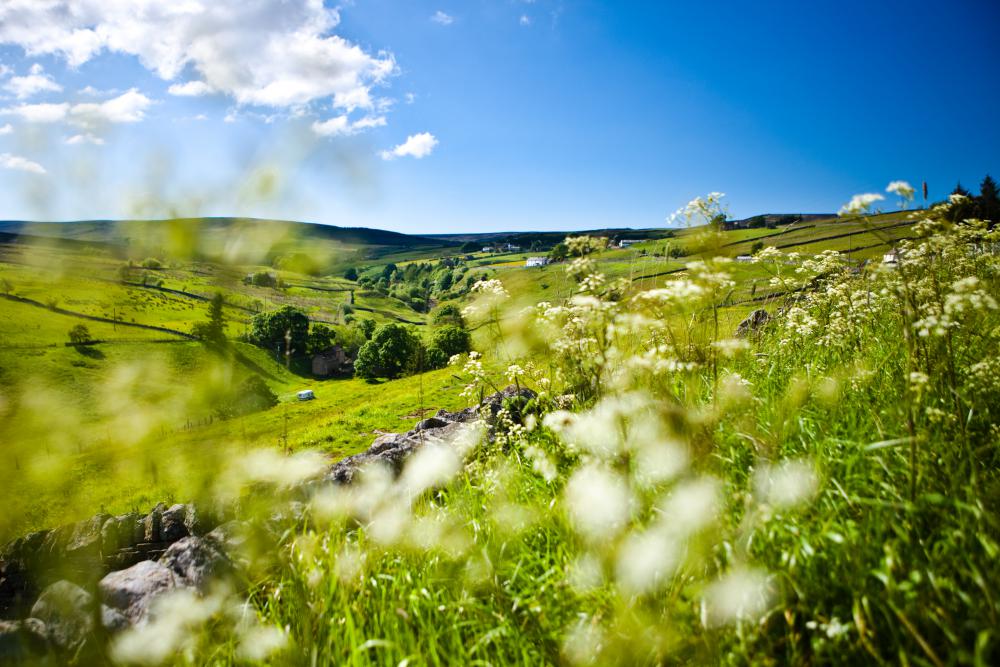 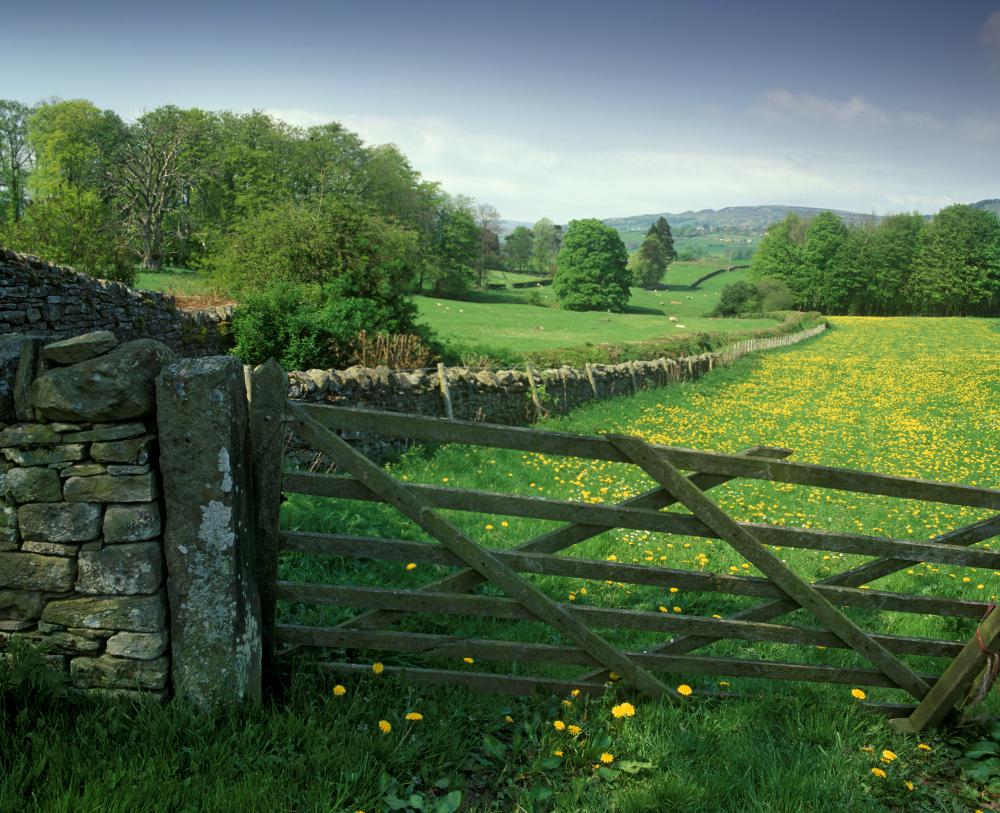 When I asked the locals what I should do during my visit to Durham, EVERYONE mentioned the Beamish Museum. If you really want to step back into history then visit this 300-acre, open-air living, working museum, not far from Durham city. It offers a look into the region’s industrial heritage where you can explore North East England as it was in the 1820s, 1910s and 1940s. Founder Frank Atkinson collected items of everyday history and accepted donations from everyday folk to make it a reality. He collected everything from steam engines to sewing machines ahead of its opening in 1970. Her Majesty Queen Elizabeth visited the museum in 1975 and by 1978 it had welcomed its millionth visitor. 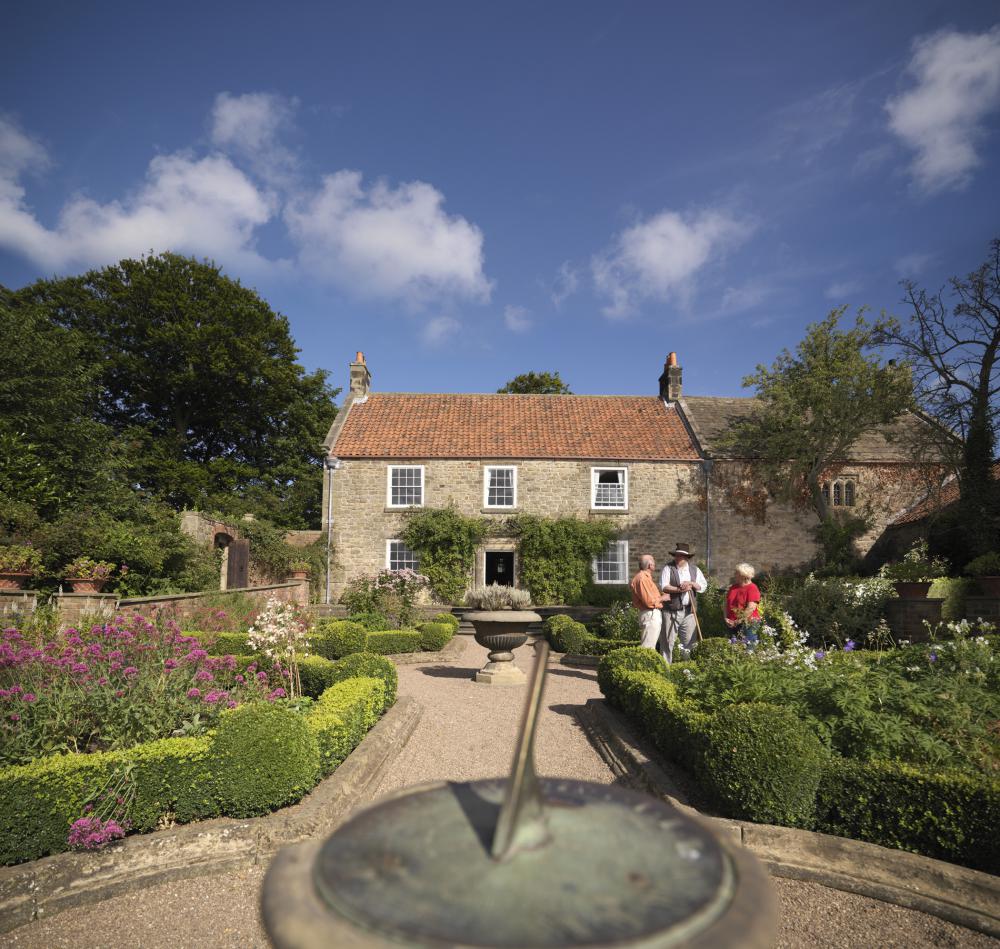 Crook Hall is enchanting no matter what time of year you visit. The 13th century medieval hall with its Jacobean drawing room is set within a four-acre English-styled garden with an orchard, courtyard, maze, and moat pools and ponds. You can enjoy a light lunch or high tea in the courtyard when the weather’s just right. It’s a very romantic place to take your significant other.

Later I joined students for a pint, there are a number of pubs that line the cobbled main street, and asked them what it’s really like studying at an 11th century castle rated among the best in the world. They also suggested that you visit the following attractions during your stay in Durham: Kynren, Auckland Castle, The Bowes Museum, Hall Hill Farm, and Diggerland.

If you have the time, spend more than 48 hours in Durham county, which in the words of Bill Bryson is “a perfect little city”. Plan your trip to Durham with This is Durham. 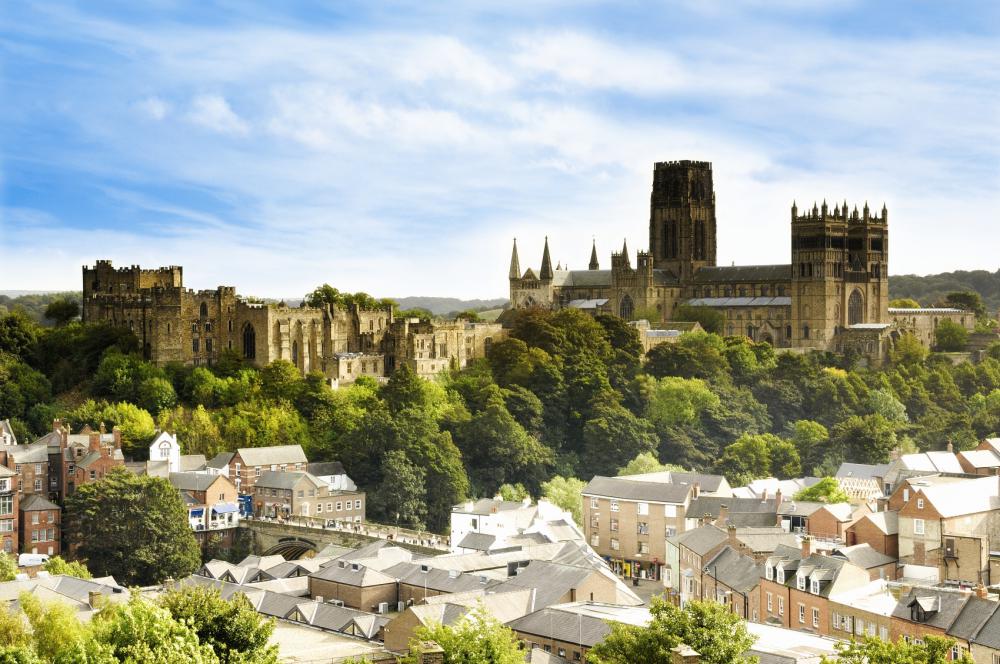 The Kingslodge Inn is a cosy place to stay within walking distance (less than 2km) of the historic centre of Durham and the main train station. What I loved most about it was the very relaxed and personal atmosphere, which was magnified by the friendly staff (who were very helpful in assisting me retrieve my luggage that was mistakenly taken off the train).  The 23 en-suite rooms are family-friendly and pets are welcome too. It served the most delicious food I tried during my stay in England (the mussels are unmissable), think home-cooked pub food and craft beer on tap. They went out of their way to cook me a vegetarian version of their complimentary ‘Taste of Durham’ breakfast. In the evenings locals and visitors come for a drink from the well-stocked wine cellar. The free Wi-Fi was very reliable and even reaches into the beautiful garden and courtyard.

Have you ever visited or do you live in Durham county? What did you think about it? Please let me know in the comments below.

I travelled to England independently in November 2016, however Visit Britain and Durham County, in conjunction with their sponsors, kindly hosted me on a two-day stay. A few photographs have been sourced from This is Durham. As always all opinions are my own, but you already know that. ;)