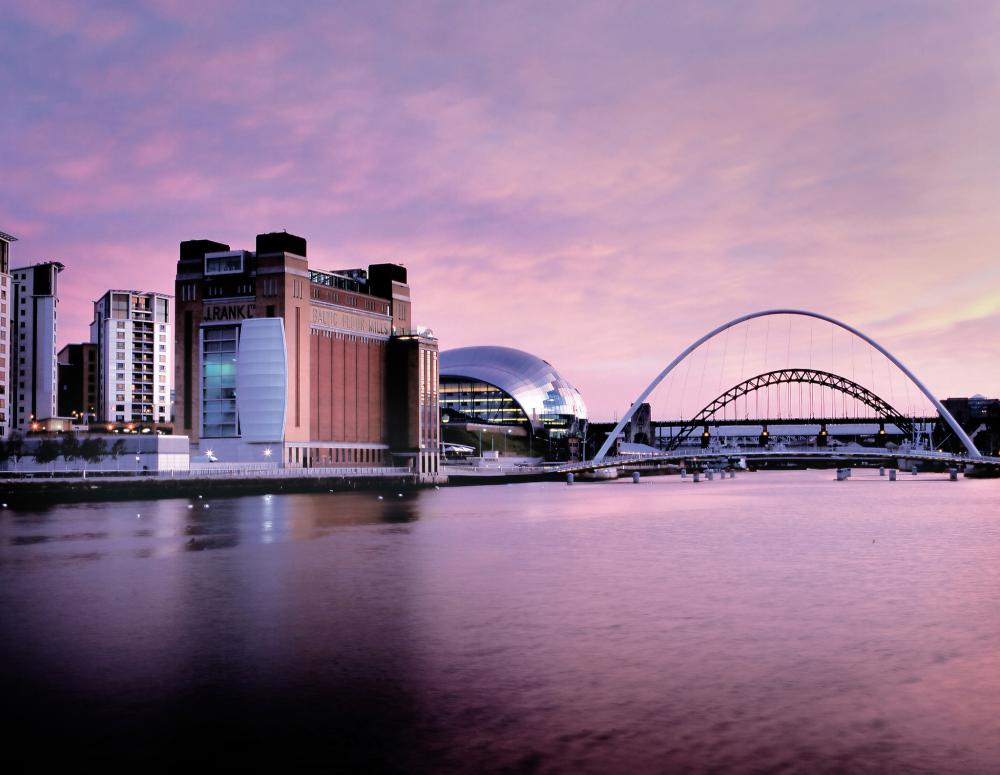 Late last year, I spent two days exploring Newcastle Upon Tyne and Gateshead (on northern and southern banks of the Tyne River respectively). If you’re a keen street photographer, both towns are quite picturesque, especially alongside the Quayside, where seven bridges arch over the Tyne River. I was also fascinated in the way that old and modern architecture rub shoulders.

For a little bit of history, Newcastle was founded as a Roman fort along Hadrian’s Wall, which was built as a defensive fortification around 122AD from the east coast, near the North Sea, to the Solway Firth on the west coast. At this time it was known as Pons Aelius. Later it was named Monkchester, presumably because of the establishment of a monastery or because it had a rather high density of monks. Then the Normans, under the rule of William the Conqueror’s son, built a castle on the site where the old Roman fort once lay hence its current name. The Castle Keep and its gate house still stand today and can be visited. Since then it’s been called: the twin city, the hipster capital of the northeast, dynamic, and even elegant.

So here are 13 random things that I (and probably you too) didn’t know about NewcastleGateshead. In the least they’ll make for interesting dinner conversation.

1. The Gateshead Millennium Bridge is the world’s only titling bridge, which opens and closes like an eye to let boats through. 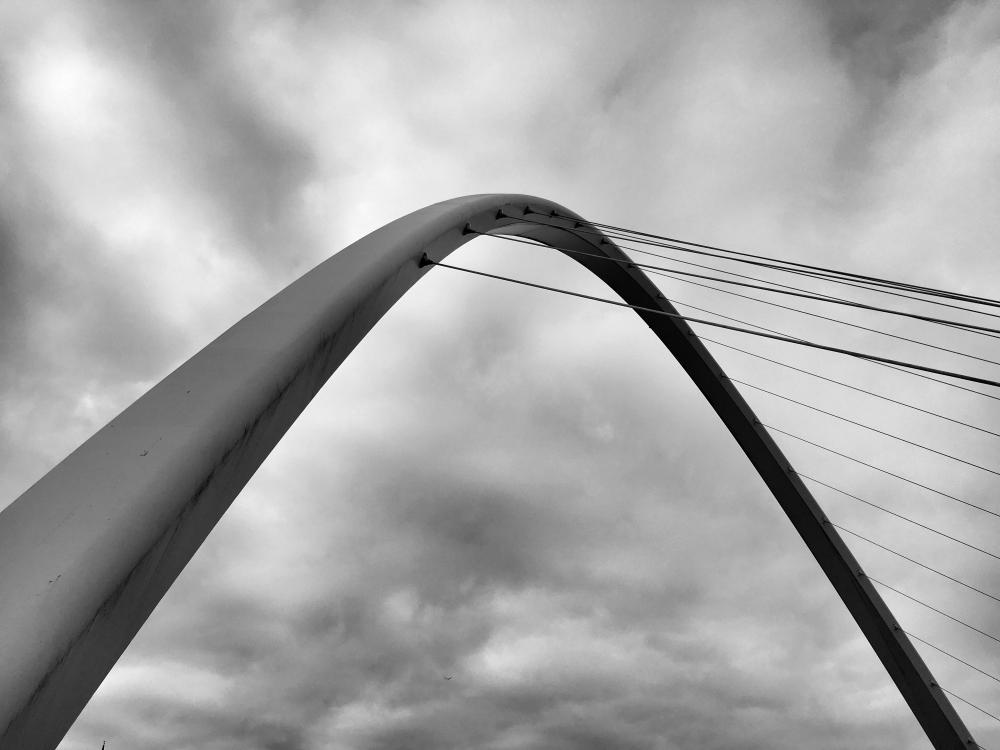 2. Speaking of bridges, the High Level Bridge, designed by Robert Stephenson and completed in 1849, was the world’s first dual-decked rail and road bridge. It’s 156 meres in length. 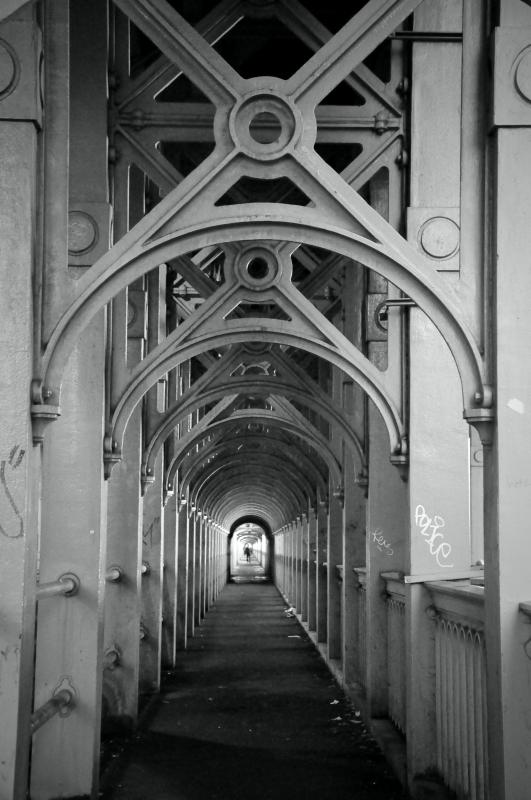 3. If you cross the Gateshead Millennium Bridge from the Newcastle side of the River Tyne, you’ll come to the BALTIC Centre for Contemporary Art, which is housed in an industrial building that used to be a flour mill. With 2 600m2 of art space it’s the largest dedicated contemporary art institution in the United Kingdom and has hosted over 190 exhibitions featuring 350 artists from over 50 countries, and welcomed over 6 million visitors. TIP: Not only is entrance free, but there are spectacular views of the river and Newcastle from the viewing deck on the topmost floor. 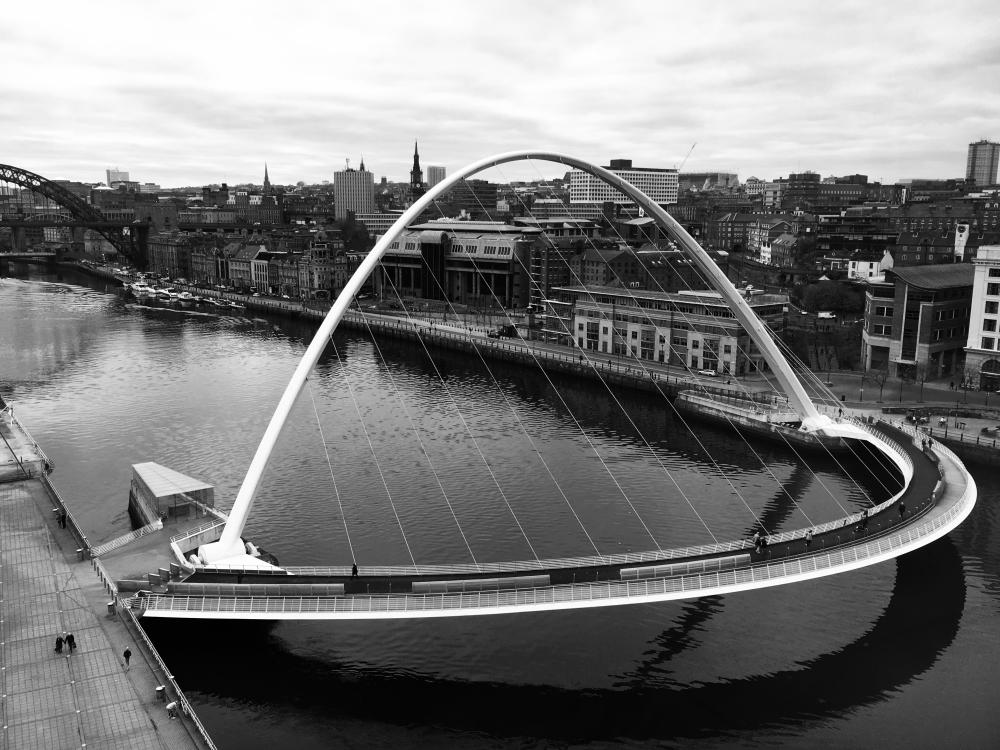 4. A little further along the river, not too far from the BALTIC you’ll find Sage Gateshead – rated one of the top venues in England for live music performances. The Rough Guide named it one of the 10 best English buildings of the last century. Even if you don’t have the time to stay for a concert, see what the “giant silver armadillo” looks like from the inside. After sunset, when the curvaceous building is illuminated from the inside, the glass panels give the illusion that three ships are sailing along the river by night. 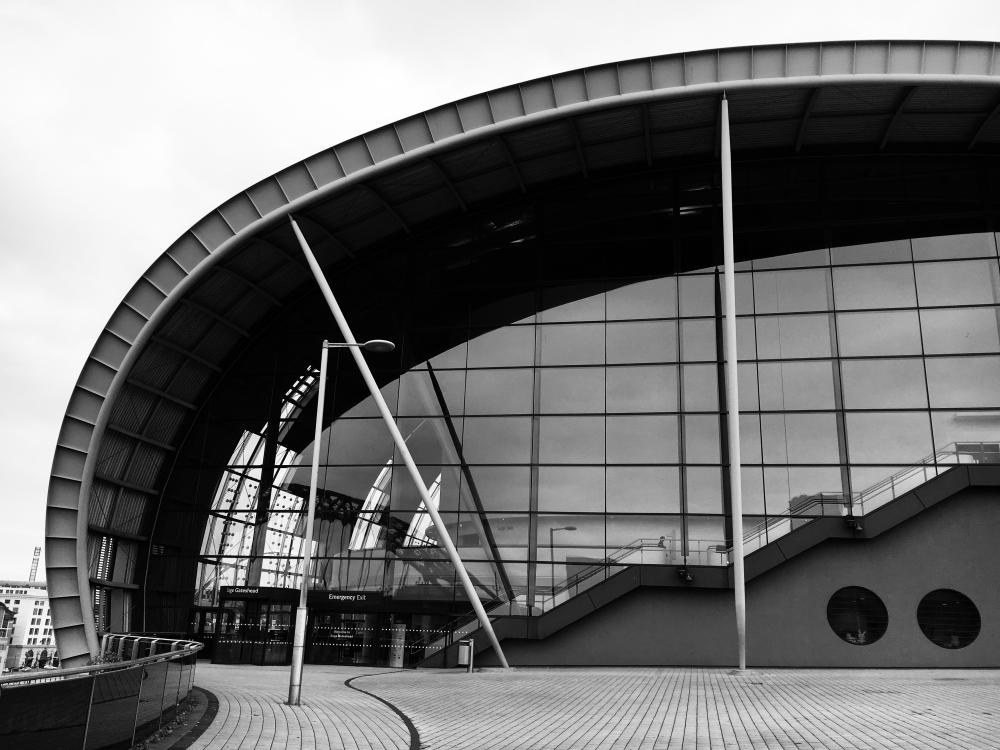 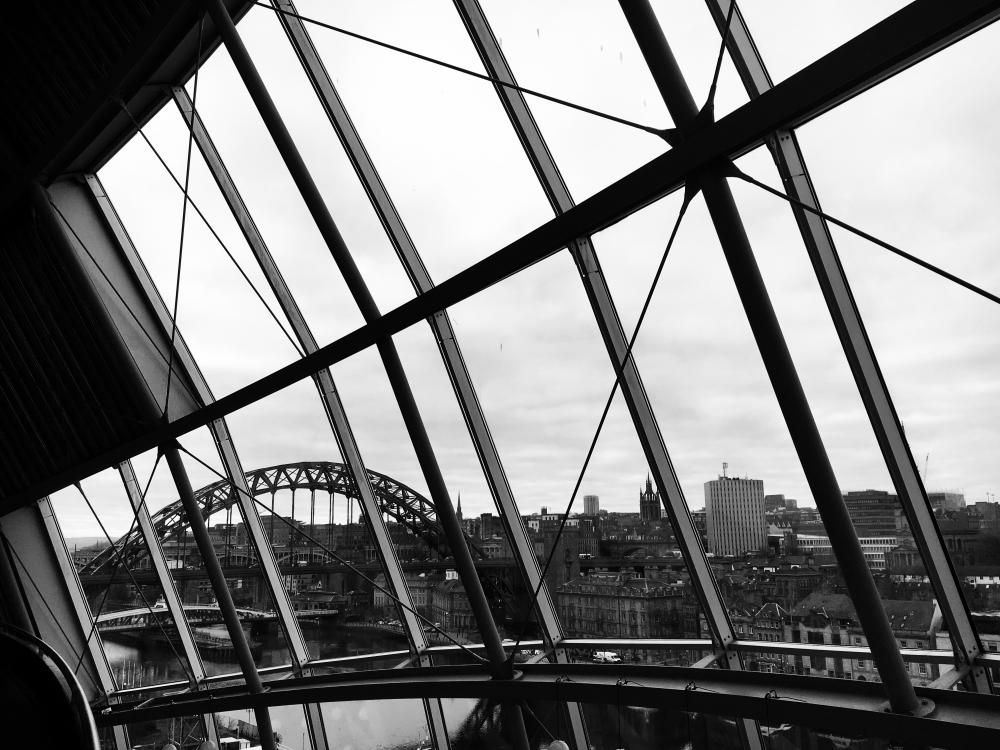 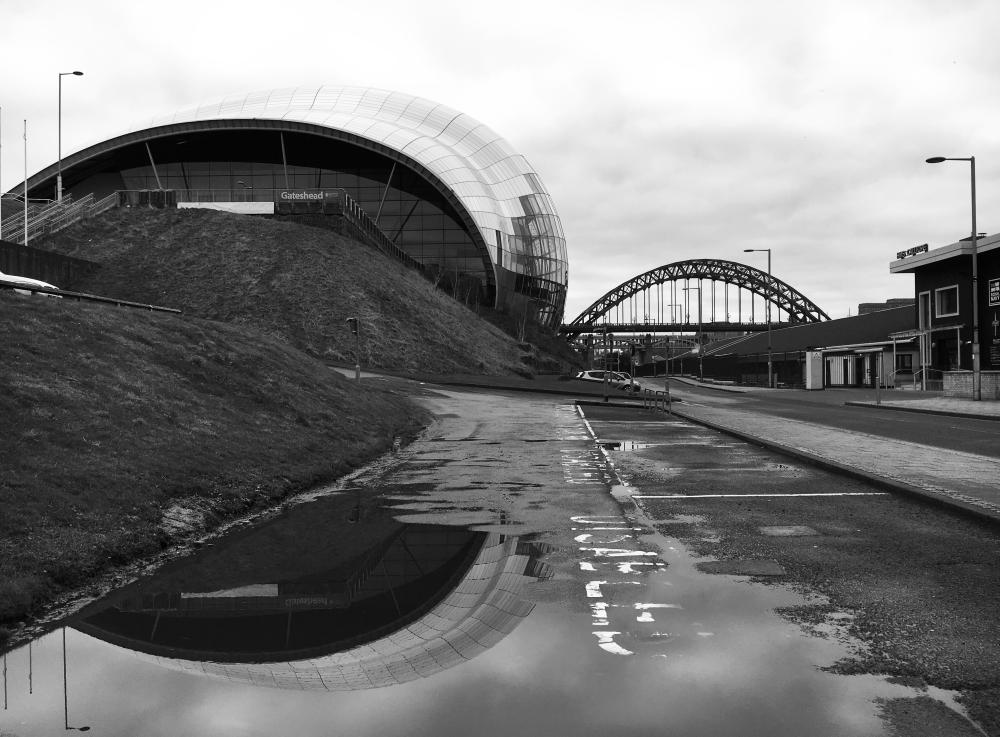 5. Britons unanimously voted that Newcastle’s Grey Street is the finest street in all the land, according to a BBC Radio 4 survey. I’m not surprised as it’s flanked with Victorian-era buildings and has a statue of Earl Grey at the end of it. And in the Google Street View awards of 2010, Grey Street came third in the British picturesque category. Forty per cent of Grainger Town’s buildings are listed heritage sites, which is the highest concentration of listed buildings outside of London and Bath. 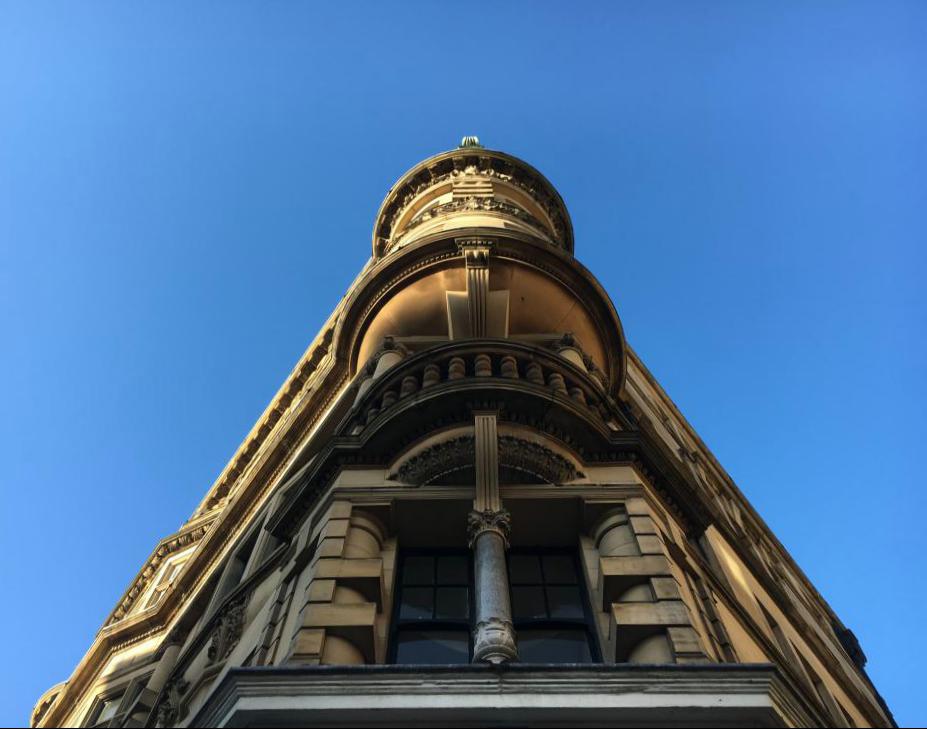 6. As I walked the streets on a free walking tour with Newcastle City Guides Walking Tours (which I highly recommend) my tour guide explained to me a legend about how Earl Grey (the bergamot-flavoured tea) came about in England and how it got its name. Apparently the story goes that a Chinese man, whose son was rescued from drowning by one of Lord Grey’s men, presented the British Prime Minister with the tea blend in gratitude. Below is a statue of Earl Grey on Grey Street. 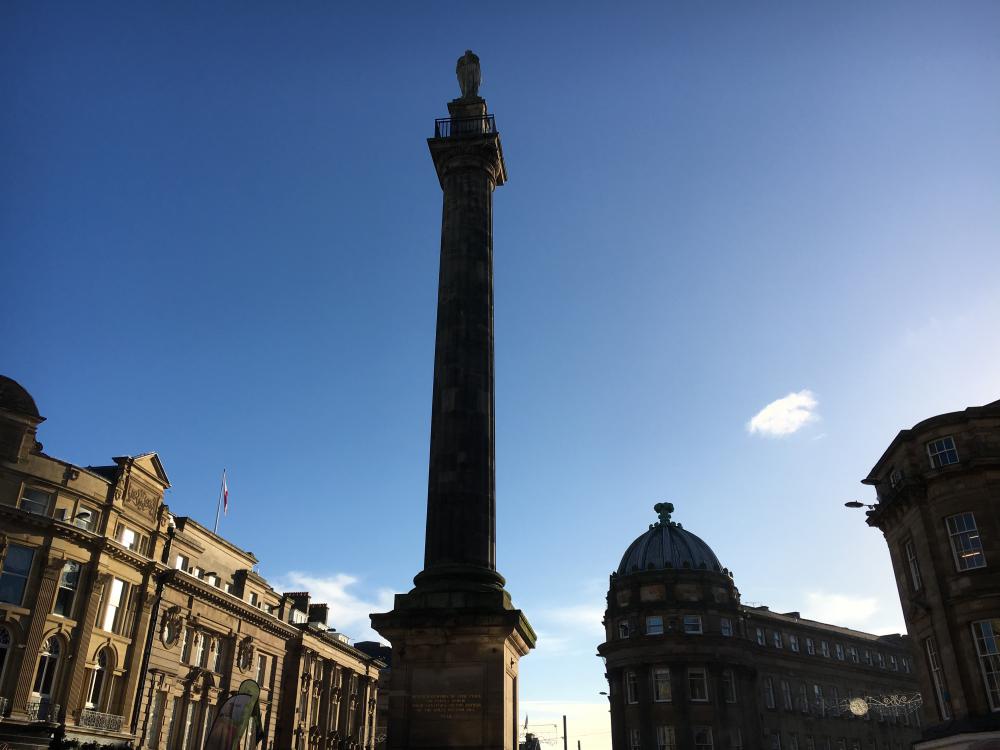 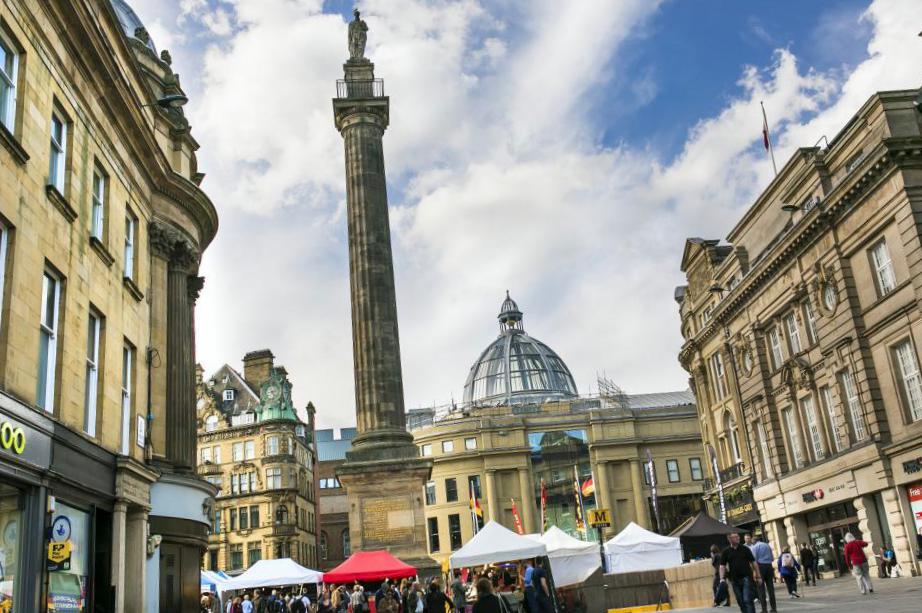 7. When it comes to food and deciding where to eat, Newcastle has the highest ratio of restaurants per person of any city in Northern England, so you needn’t worry about going hungry. I loved Grainger Market. At this Victorian-era covered market, along the street by the same name in central Newcastle, you can buy anything from pizza to locally-sourced oysters from the take-away stores. It was built in 1835 and at the time was the largest in the country. Along Alley 3, you’ll find the first and second smallest Marks & Spencer’s (now called Penny Bazaar), which is over a century old. While in Alley 2, you’ll come upon the original weigh house, where to this day you can get weighed for 30 pence. It’s worth seeing, but if you’ve just eaten lunch at the market then I’d rather keep the money and buy an ice-cream for dessert instead. 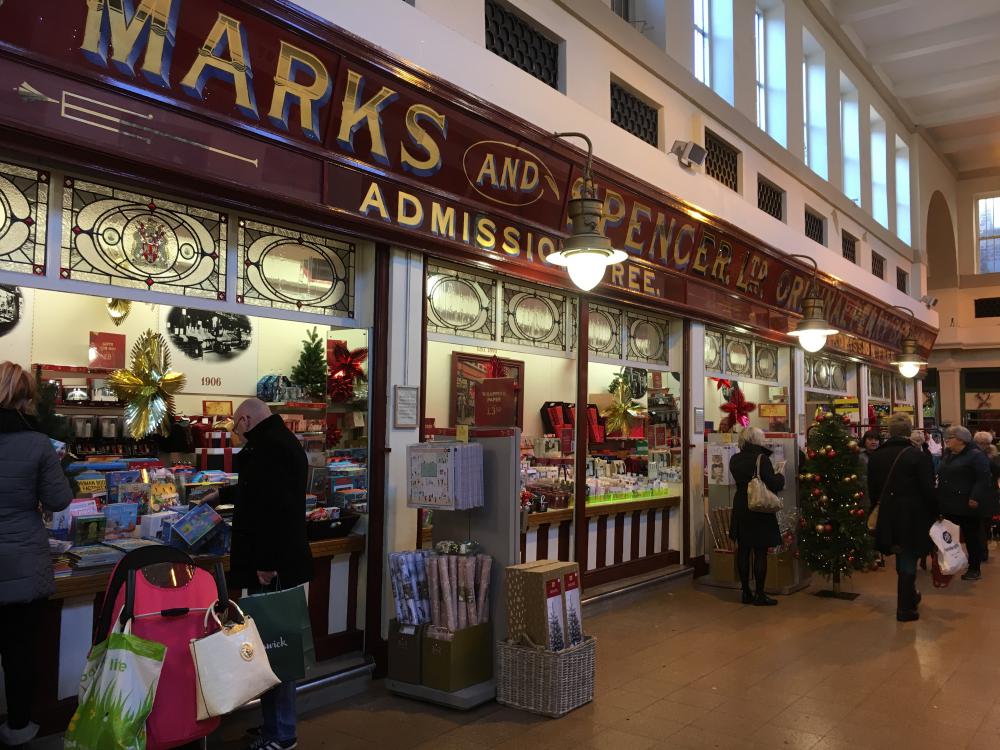 8. Who would have thought that NewcastleGateshead recently ranked third in Europe for the best nightlife scene, after London and Berlin, according to the TripAdvisor Travellers’ Choice Awards. It’s gained a worldwide reputation as a party city, probably due to the student population of its two universities. So if you’re a night crawler (like me) bring along your dancing shoes and aspirin.

9. Less than 6.5 kilometres from the Quayside, you’ll find the Angel of the North (in Gateshead) greeting you with outstretched arms. It’s said to be the world’s largest angel sculpture with a wing span of 54 metres (bigger than a Boeing 767). In 2006 the government named it an English icon. It’s no wonder it’s one of the world’s most viewed pieces of art with around 33 million annual visitors. 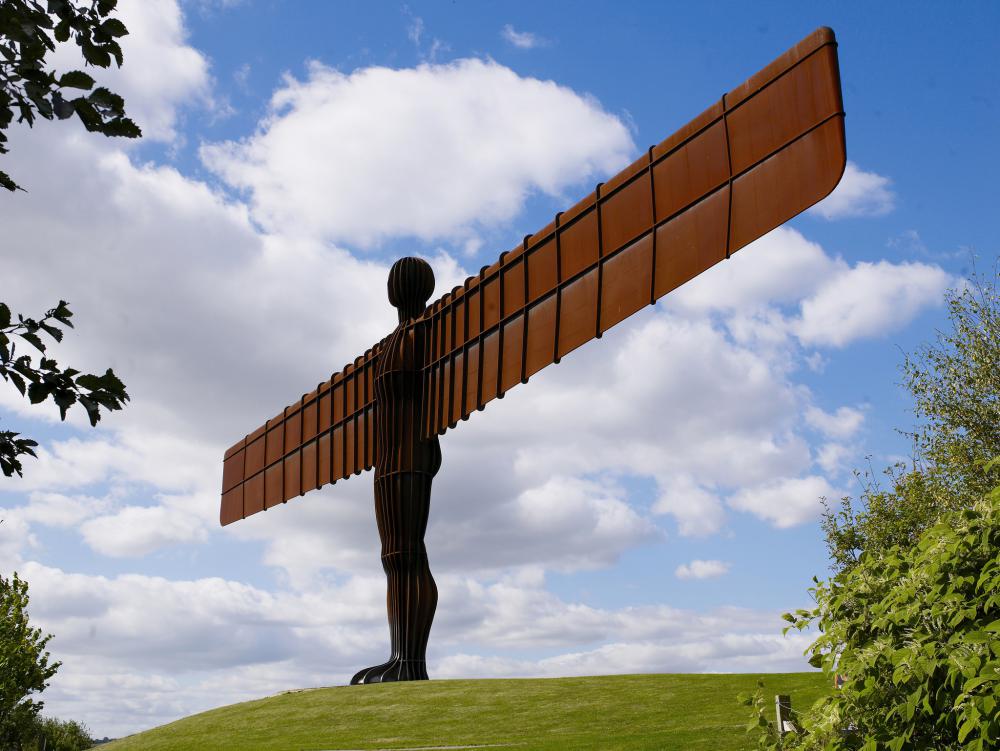 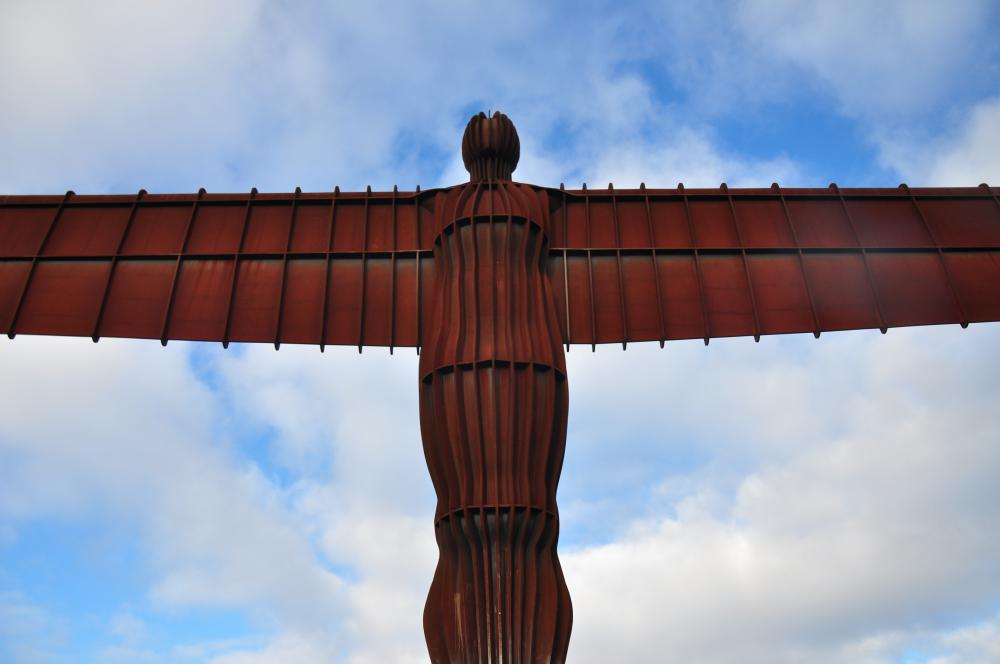 10. There’s a Newcastle in Australia and in South Africa. Probably due to the fact that both were previously part of the British Empire. The famous Tyne Bridge is said to have inspired the Sydney Harbour Bridge, but this isn’t the case because while construction on the Sydney Bridge began before that of the Tyne Bridge, it was only completed in 1932, three years after the Tyne Bridge, due to its larger size. 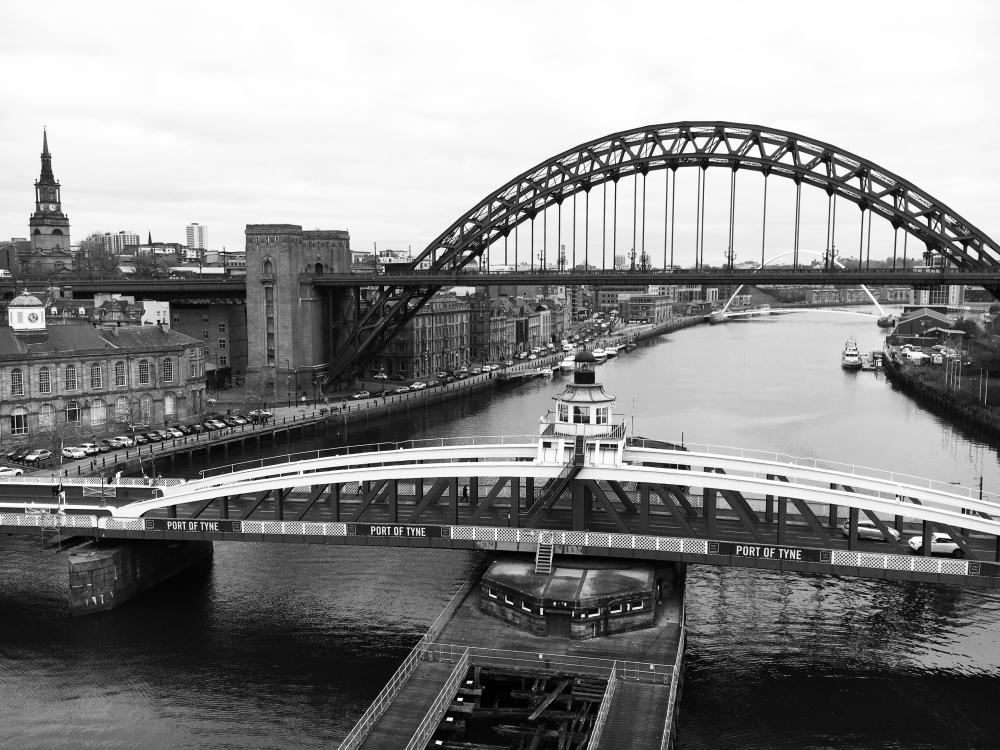 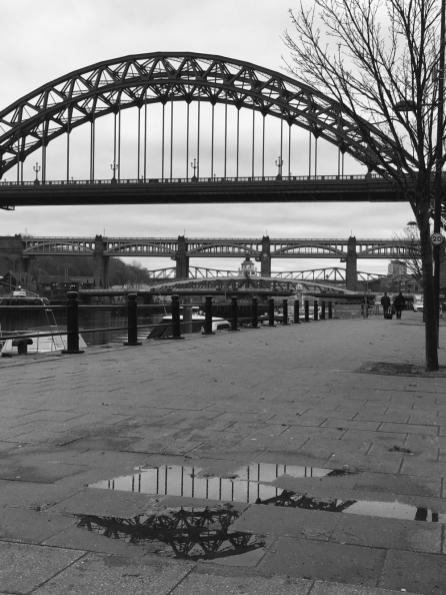 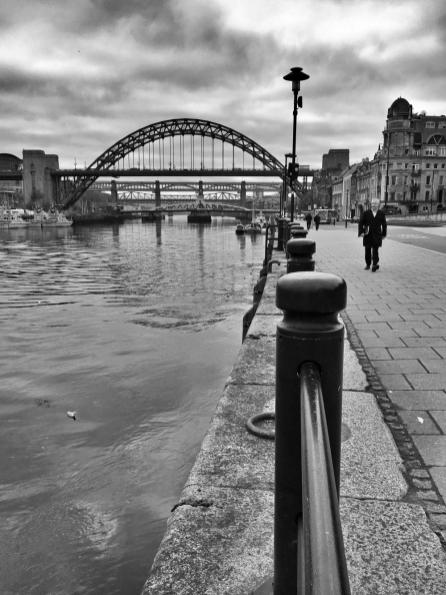 11. Newcastle is the most populous city in north-eastern England with around 298 200 inhabitants in 2016. And has the highest Bolivian population of any English city – estimated to be between 500 and 2 000.

12. Visitors probably don’t know that the local dialect and territorial name of the surrounding area is Geordie. I guess Newcastlian doesn’t roll off the tongue as easily. In 2008 The Scotsman Newspaper conducted a survey of 2 000 people, which found that the Geordie accent to be the most attractive in England.

13. The 1930’s Tyneside Cinema is the last Newsreel theatre still operating as a full-time cinema in the UK. On a free guided tour every Monday, Tuesday, Friday and Saturday at 11:00am, you can admire the beautiful art-deco interior and watch archive newsreel footage. 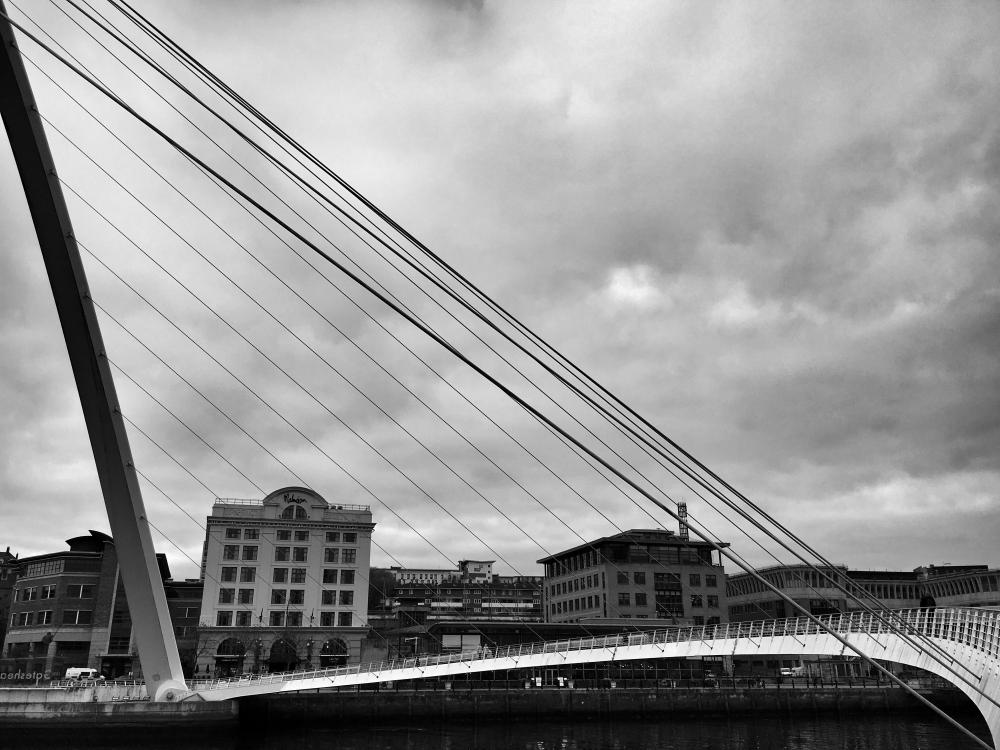 Here you can find special offers, discounts and freebies, which you can redeem during your stay.

Though the modern office block may look nondescript from the outside, its lively interior has repetitive geometric patterns in primary colours and large black-and-white architectural photographs of the city. There are also numerous works by local artists hung around the hotel, which gives it a very modern and urban-chic atmosphere. The hotel hosts weekly free movie nights, has a small business centre and a 24-hour gym.

Even though Hotel Indigo is predominantly a business hotel, it also has interconnecting rooms for families as well as seven wheelchair accessible rooms with ramp access and lifts, while the mini bars are stocked with locally-produced beers, soft drinks and chocolates. And the hot and cold breakfast spread was extensive, who doesn’t want to start their day with pancakes and berry coulis or salmon with cream cheese? I had both! Once I was ready to explore, the friendly and knowledgeable reception staff gave me insightful recommendations about what to do based on my interests.

Do you live in Geordieland and feel that I should add something to this list? Please let me know in the comments below.

I travelled to England independently in November 2016, however Visit Britain and NewcastleGateshead, in conjunction with their sponsors, kindly hosted me on a two-day stay in Newcastle during this trip. A few photographs have been sourced from NewcastleGateshead Initiative. As always all opinions are my own, but you already know that. ;)