Home Europe 10 FREE things to do in the UK

10 FREE things to do in the UK 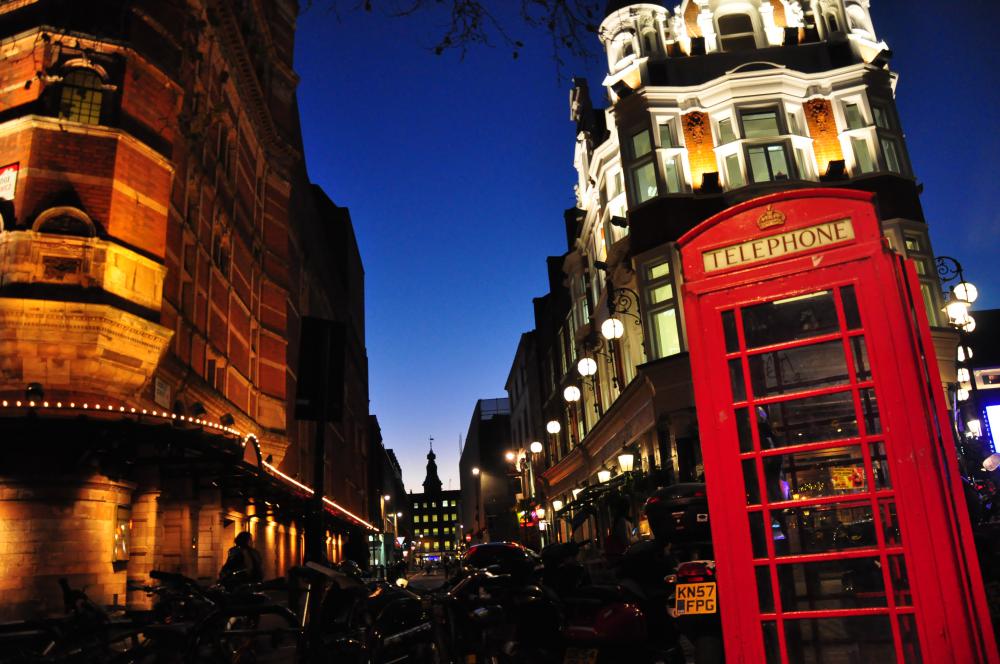 Travelling to the United Kingdom on the South African rand (and a number of other currencies) can be expensive, but it doesn’t mean you’ll have to eat nothing but two-minute noodles after your return. Many of the best museums and art galleries in the UK are free, then there are walking tours, cultural activities and events galore, not to mention UNESCO World Heritage Sites and the astounding natural landscapes waiting to be explored. So save your pounds and read this list of free things to do in the UK during your visit.

The British Museum, the National Gallery and Tate Modern are some of the big guys you can visit for free while in London.

The Natural History Museum and adjoining Pitt Rivers Museum in Oxford are among my favourite in the world – not only for their exhibitions, but also for the architecture of the buildings that enclose them. You can stand beneath the skeleton of a Tyrannosaurus Rex and see the dodo, which was the inspiration for the character in Alice in Wonderland, before moving on to the interactive exhibits, where you can touch various artefacts while examining them closer, beyond their glass casings.

Oxford’s Natural History Museum is one of my favourites. Not only is entrance free but you can spend hours just looking at the dinosaur skeletons.

In the Pitt Rivers Museum, also in Oxford, you can gawk at shrunken heads (tsantsa) from Eucador and stare up at a wooden Totem Pole from Canada. The exhibitions are classified according to theme – clothing, weaponry, crockery, jewellery and so on. Download a free audio guide on your smartphone and explore it at your own pace.

At Oxford University’s Ashmolean Museum nearby you can discover half a million years of art and archaeology, from Egyptian mummies to modern art. It was founded in 1683 and is the world’s oldest public museum. The museum is home to a number of permanent and visiting exhibitions, such as the one below which I saw during my visit in November.

A stone-carved Buddha at Oxford’s Ashmolean Museum, which is the world’s first university museum. Its was built between 1678–1683 to house the relics that Elias Ashmole gave to the University of Oxford.

Meanwhile The Baltic Centre for Contemporary Art (BALTIC) on the banks of the Tyne River in Newcastle consists of 2 600 square metres of art space, making it the UK’s largest dedicated contemporary art institution. It has welcomed over six million visitors since it opened in 2002. Go to the fifth floor for a viewing deck overlooking the Tyne and Gateshead Millennium Bridge – the world’s only tilting bridge that opens and closes like a human eye. Plus there are hundreds of other free museums wherever you go in the British Isles.

While some of Banksy’s works sell for hundreds of thousands of pounds, others by the anonymous, world-famous graffiti artist are free for all to see. Like the ones around his hometown of Bristol, which he painted when he was still an unknown youngster with a spray can in hand.

Follow a self-guided Banksy Walking Tour around Bristol to see some of his most famous pieces, like the Grim Reaper, which was originally painted on a harbour-side houseboat, but today is displayed in Bristol’s M Shed. The Girl With The Pierced Eardrum is near to Bristol Marina. Some of his other artworks in Bristol include Mild Mild West, Well Hung Lover, Paint-Pot Angel, Cat and Dog, and Gorilla. The walking tour will take you past cafes, bars and restaurants, so you can easily make a whole day of it with refreshment stops along the way. 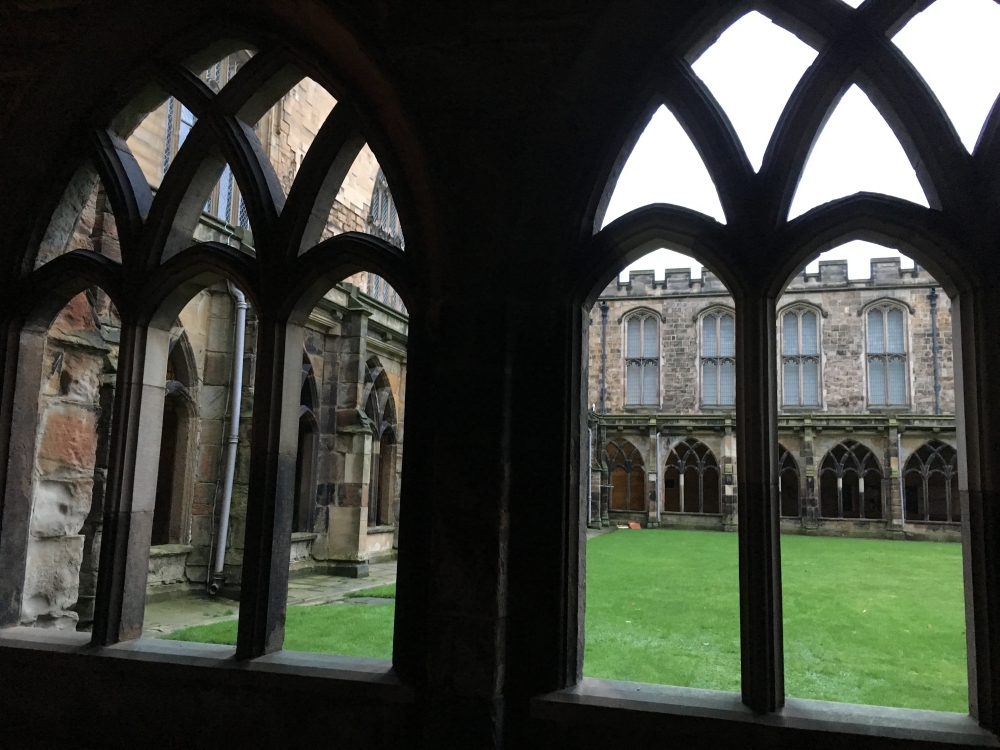 You can also step inside many of Britain’s churches and cathedrals for free. Durham Cathedral in northeastern England is among the most popular. Not only is it a UNESCO World Heritage Site, but it was also used as the filming set for two Harry Potter films and a number of British documentaries and series. This 12th century cathedral is widely considered to be one of the finest Norman Romanesque buildings in the country and arguably in Europe. The Cathedral is also a pilgrimage destination as it’s the burial site of Saint Cuthbert, who after his death in 687AD became one of Northern England’s patron saints. 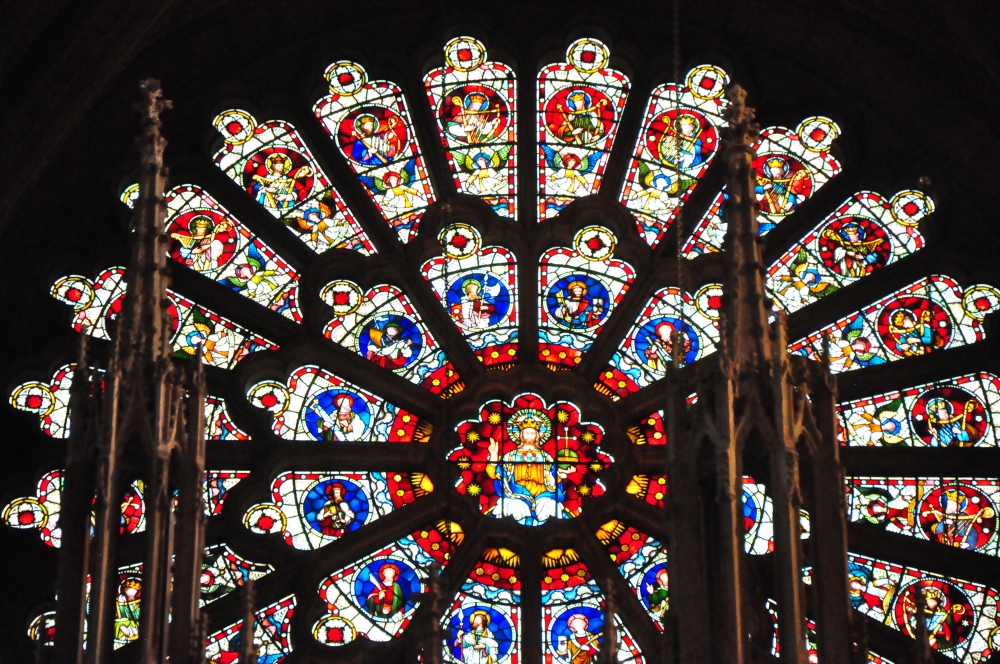 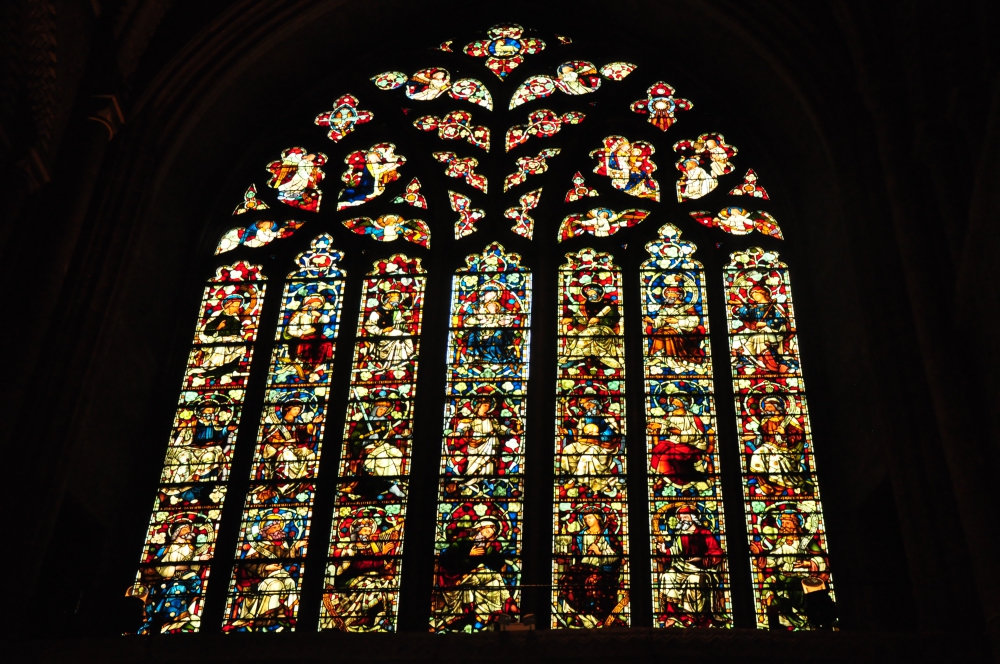 If you’re visiting in December, visit King’s College Chapel in Cambridge (only an hour by train from London), which is famed for its Christmas Eve carol service.

For three weeks each August the world-famous Edinburgh Festival Fringe showcases hundreds of free shows, from drama and comedy to cabaret and spoken-word performances. This open-access festival accommodates anyone with a desire to perform, who has a venue willing to host them. This year it celebrates its 70th anniversary.

The popular Notting Hill Carnival also takes place in August, and there’s the Cardiff Summer Festival, which is known for its street theatre, music and funfair rides. And there’s a large selection of festivals that happen around the UK year-round.

A number of Britain’s scenic cycle routes are only an hour from London. The Crab and Winkle Way is a leafy, 11-kilometre route through East Kent that follows a former 19th century railway line (one of the first in the country) and links the cathedral city of Canterbury with the oyster-fishing village of Whitstable. The area is a World Heritage Site and for good reason too. The cycle route will take you through the conifer woodlands of Clowes Wood to the seaside village famed for its seafood. And there’s no need to worry if you don’t have your own set of wheels, as there are a number of bicycle hire options for riders of all ages.

Scotland’s Doors Open Days on September weekends allow visitors free access to rare historic and heritage sites, such as private homes, museums, mansions, castles and gardens. Among the list of open attractions are: a crypt (once the highest monastery in the British Isles), the largest hospital in medieval Scotland, a family burial vault (built when the Scottish church banned monuments inside churches), an owl tower, Glasgow’s Citizens Theatre, a private telephone museum, and the decommissioned Cromarty Lighthouse. Who would have thought that there are so many free things to do in the UK. Have a look at the Instagram hashtag #DODSCOT to get inspired by some of the participating buildings.

Tie your shoelaces and take in the iconic Royal Crescent in the Georgian city of Bath in southwestern England. When you go further north, choose between culture and architecture by getting the free Manchester Walking Tours app.

I did a free walking tour of Newcastle with Newcastle City Guides, which I highly recommend. I loved that they have a number of tours, each focusing on a different aspect of the city’s history and heritage. The very knowledgeable guides also try to tailor the tour according to the nationality of those on their tour with interesting insights on their country’s ties to the city.

In London, you can also join a number of free walking tours, which work on the basis of donations. I did the street art walking tour (one of eight tours) offered by Strawberry Tours, through the capital’s East End along Brick Lane, Shoreditch, Fashion Street, Bateman’s Row and Spitafields. These are some of the murals and graffiti pieces we spied. 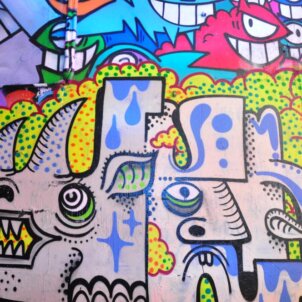 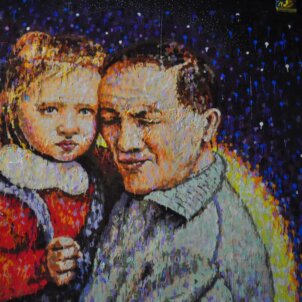 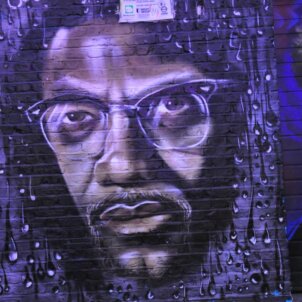 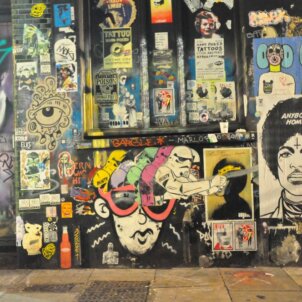 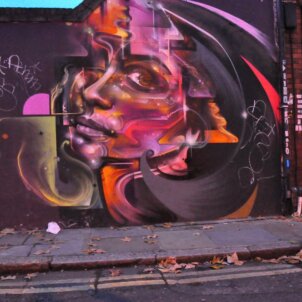 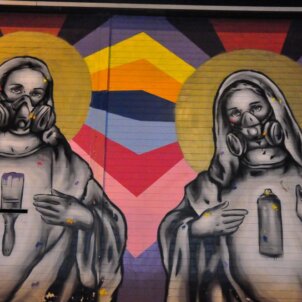 In Scotland, near Fort William, hike up Ben Nevis, which is the United Kingdom’s highest mountain at 1 345 metres. Or try your luck at spotting the mythical Nessie in nearby Loch Ness.

In Wales, only a short drive from Cardiff, you’ll find Rhossili Bay, which regularly tops the world’s best beaches lists, was voted Wales’ Best Beach 2017 and one of the UK’s Top 10 Beaches for five years running in the TripAdvisor Travellers’ Choice Awards. This southwestern tip of the Gower Peninsula in Swansea is designated as the first Area of Outstanding Natural Beauty in the United Kingdom. All you need to do is look for the hashtag on Instagram to see why it’s so loved by locals, tourists and travel magazines.

There are 26 UNESCO World Heritage Sites on mainland Great Britain and Northern Ireland. A number of the natural ones are are free to visit. As is The Angel of the North statue by artist Anthony Gormley, which stands in the open air overlooking Gateshead. It’s as though the metal statue, completed in 1998, is trying to enfold the cities with its 54-metre-long metal wings. And indeed, Gormley angled the wings 3.5 degrees forward to create the illusion of an embrace. Though it was surrounded by controversy at first, today it’s listed as an Icon of England. 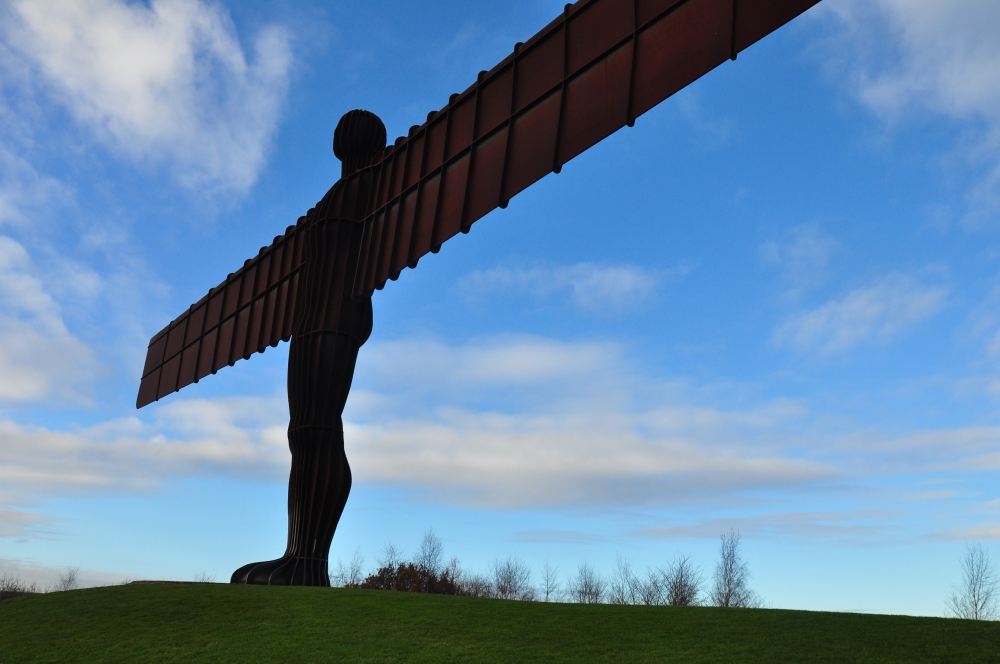 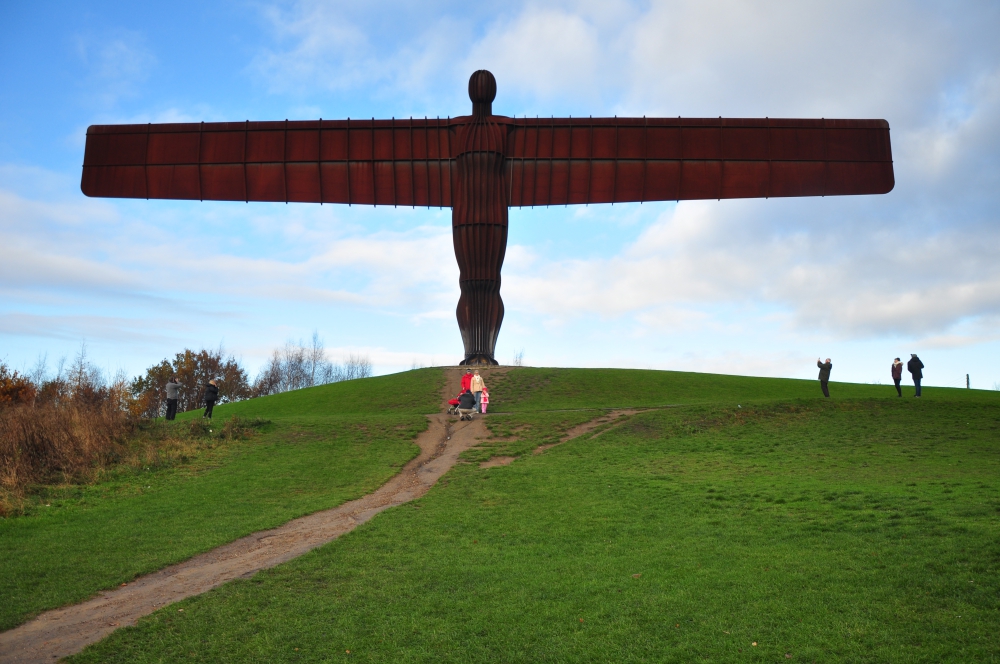 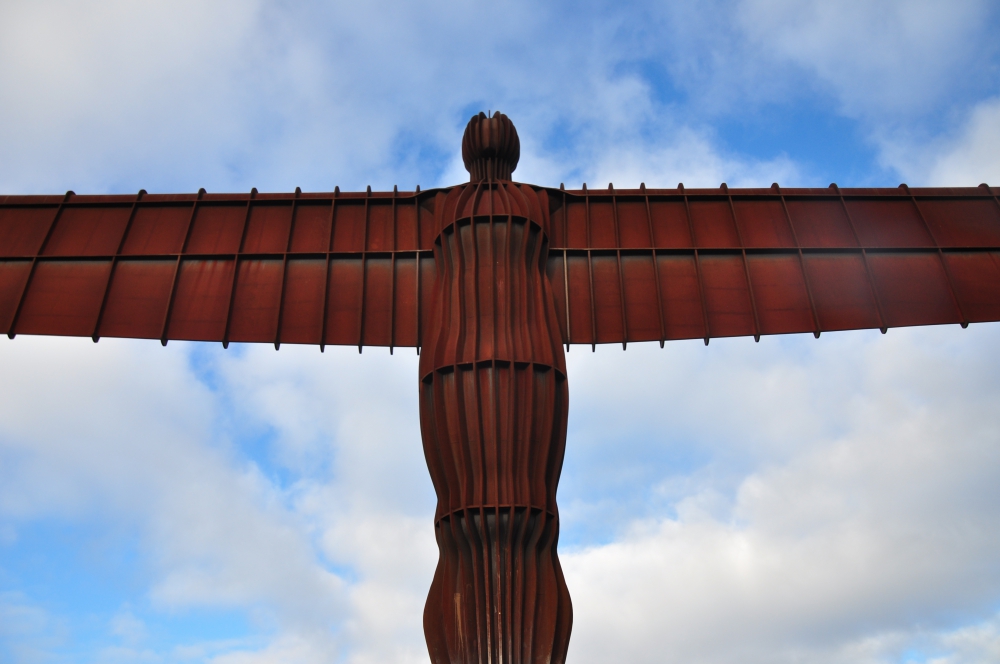 A hundred life-size, cast-iron figures stand at intervals for three kilometres along the foreshore at Crosby Beach, near Liverpool, and a kilometre into the sea. This art installation, also by sculptor Anthony Gormley, is called Another Place. Each of the figures weighs around 650kgs and is made from a cast of the artist’s body. They silently stare out to sea and seek to illustrate humans’ relationship with nature. “The seaside is a good place to do this. Here time is tested by tide, architecture by the elements and the prevalence of sky seems to question the earth’s substance. In this work human life is tested against planetary time. This sculpture exposes to light and time the nakedness of a particular and peculiar body. It is no hero, no ideal, just the industrially reproduced body of a middle-aged man trying to remain standing and trying to breathe, facing a horizon busy with ships moving materials and manufactured things around the planet,” says Gormley. Because it’s a non-bathing beach, visitors are not encouraged to walk out to the furthest figures, but rather to photograph them from the shore.

For more information about free things to do in the UK, and not only, have a look at the Visit Britain website.

This post is written based on my independent travels through England in November 2016, however Visit Britain, in conjunction with their sponsors, kindly hosted me on a two-day stay in Durham and a two-day stay in Newcastle during this trip. As always all opinions are my own, but you already know that. ;)