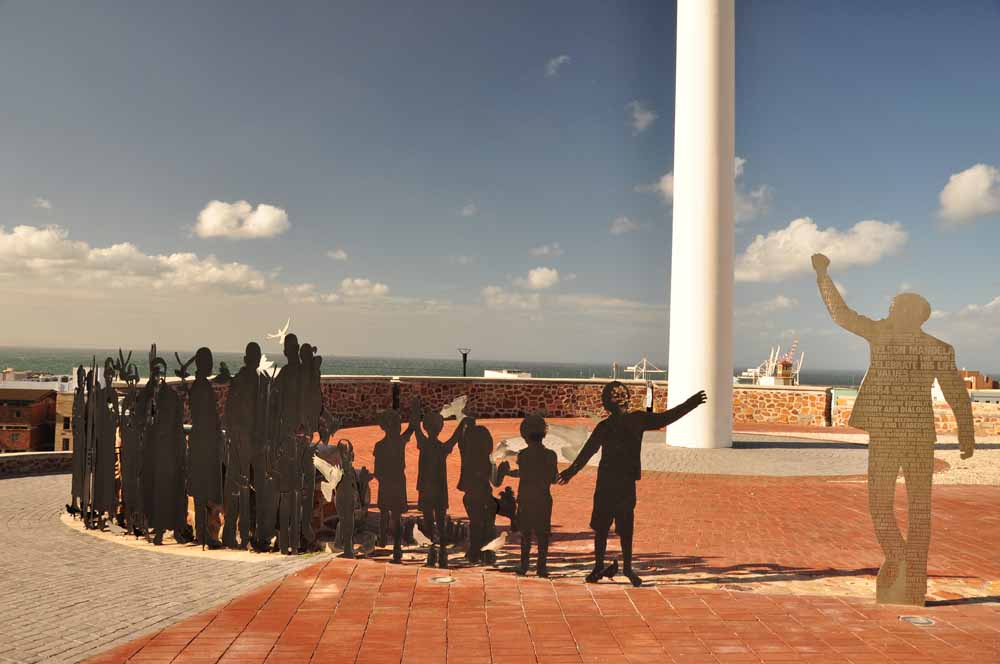 South Africa has truly come a tremendous way in its coming of age. On 27 April 2012 – Freedom Day – South Africans lifted their glasses in celebration of 18 years of democracy. A coming of age. 27 April 1994. This remarkable day in our recent history not only commemorated the first free and fair election that was held, but also cemented the collapse of formal apartheid.

“As I walked out the door towards my freedom, I knew that if I did not leave all the anger, hatred and bitterness behind, that I would still be in prison.” – Nelson Mandela, who was released from prison on 11 February 1990.

During the three-day voting period in early 1994, millions of people walked for hours in the dark to make it to their nearest polling stations. They waited in queues that wrapped themselves around buildings, that stretch into the distance. They waited in the heat of the sun for many hours. They were not dissuaded by thirst. They were not discouraged by hunger. In those three days 19 726 579 people practised their right to democratically choose a new government. That day Nelson Mandela voted for the first time in his life. He did so at Ohlange high school in KwaZulu-Natal.

Yet, even though South Africa is a yardstick for many other countries because of its bloodless transition from racial segregation to peaceful democracy, we still have a very long way to go. Apartheid manifested itself in so many aspects of every day life that are still deeply entrenched in our society today. Just because South Africans no longer live under apartheid, does not mean that they no longer experience the lasting effects, that stripped them of equality and opportunity. “It’s been 18 years,” some people say, “Get over yourself and stop blaming apartheid!” Yet they fail to realise that it takes decades, centuries, generations to overcome economic discrimination, to dilute the hate, the hurt. Sadly many South Africans still lack access to housing, basic public services, education, healthcare. As South Africa enters adulthood, we acknowledge that it’s time to start acting like an adult – yet much change still needs to change. 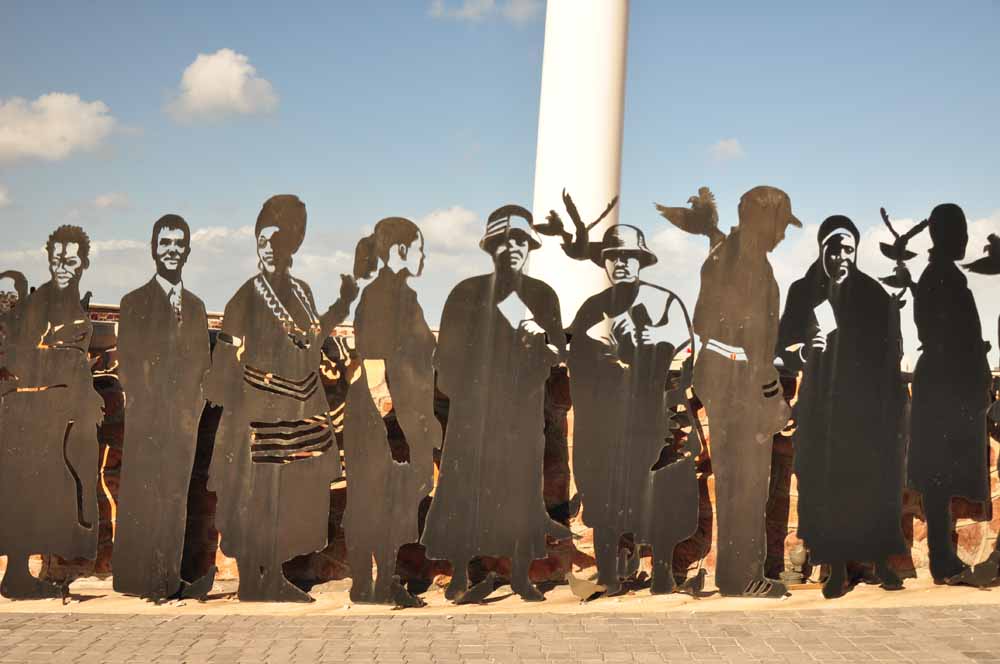 This collection of photographs was taken at Donkin Reserve, near Constitution Hill in Nelson Mandela Bay in the Eastern Cape. The metal artwork, by Anthony Harris and Conrad Geel, depicts a voting line in which South Africans are literally and figuratively following in the footsteps of Nelson Mandela. It is part of the ‘Route 67 Art Journey.’ It celebrates Nelson Mandela’s 67-year role in South African politics through publicly displayed artworks, which trace the historical and cultural landmarks of the city. The project is currently under progress. This artwork is located directly beneath the fluttering South African flag, opposite a brick pyramid and lighthouse and among other open-air artworks. The park is frequented by locals and tourists and also boasts splendid views of the port below.

If you want to visit these public art works and others along the Art Route 67 have a look at this Route 67 Website.