Graz was already on my list of towns to visit while in Austria, but when my dear friend Rachel, with whom I worked in South Korea moved there with her husband, we decided to explore the city together. As the second largest city in Austria, after Vienna, Graz is home to nearly 300,000 people. Around 44,000 of these are students, who attend the six universities in the city. Graz is one of Europe’s best preserved cities, which has earned its old town square the title of a UNESCO World Heritage Site. The city’s focal point is Schlossberg, a hilltop castle that can be accessed via a funicular or by means of a fairly steep and winding walk through its gardens. I’m not going to lie to you, it takes a toll on your calves, but it’ll take you 10 minutes if you really dawdle and stop to take plenty of pictures. Once at the top you can’t miss the Uhrturm clock tower. Enjoy dinner or a glass of bubbly while observing the town below, to the melodious soundtrack of the old amphitheatre, which often plays host to numerous concerts and art exhibitions. 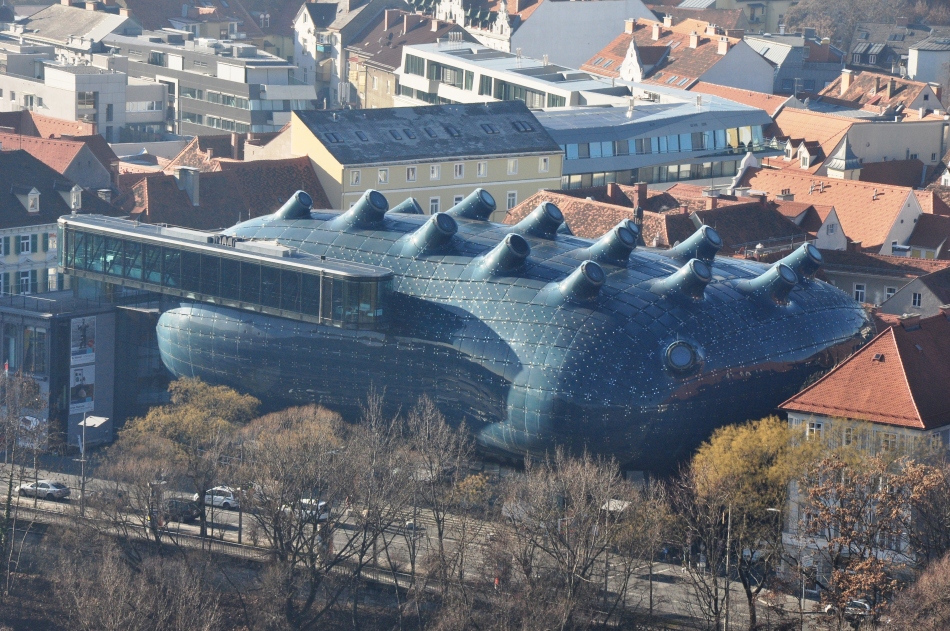 From Schlossberg you can see the Kunsthaus Art Museum, which has been called ‘The Friendly Alien’ by locals. Just like the Murinsel (below) it was built in 2003 when Graz received the title of European Capital of Culture. This art museum exhibits contemporary Austrian and international art from the 1960s. At night it’s illuminated by fluttering stars and circles, which chase each other across the building’s facade. The museum’s architecture illustrates that Graz is an interlacing of old and new; many of the city’s old city centre buildings have been renovated to become shopping malls, high-end boutiques, restaurants and cafes. 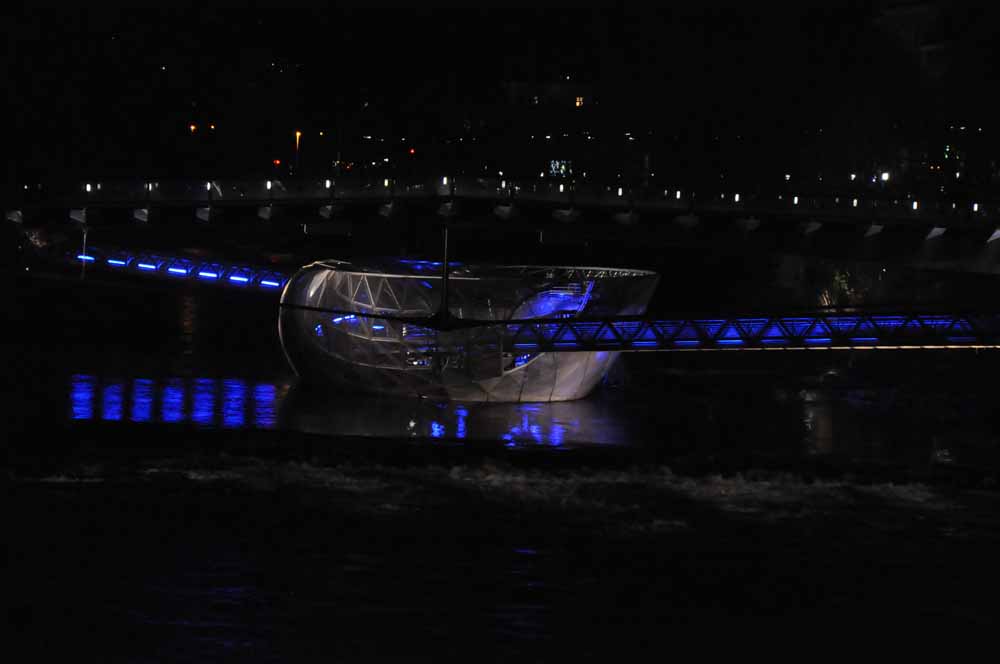 Murinsel is a floating platform in the shape of a half open shell, in the river Mur, which flows through Graz. While murinsel means marble in German, insel means island and so it is Mur Island. It houses an amphitheatre for performances as well as an elegant cafe, which is illuminated with blue lights at night. Two bridges connect this innovative piece of modern architecture to the river banks. It was designed by New York architect Vito Acconci. Along with ‘The Friendly Alien’ it has become a new landmark of Graz, which simultaneously contrasts and complements the cultural and historical heritage of the city. 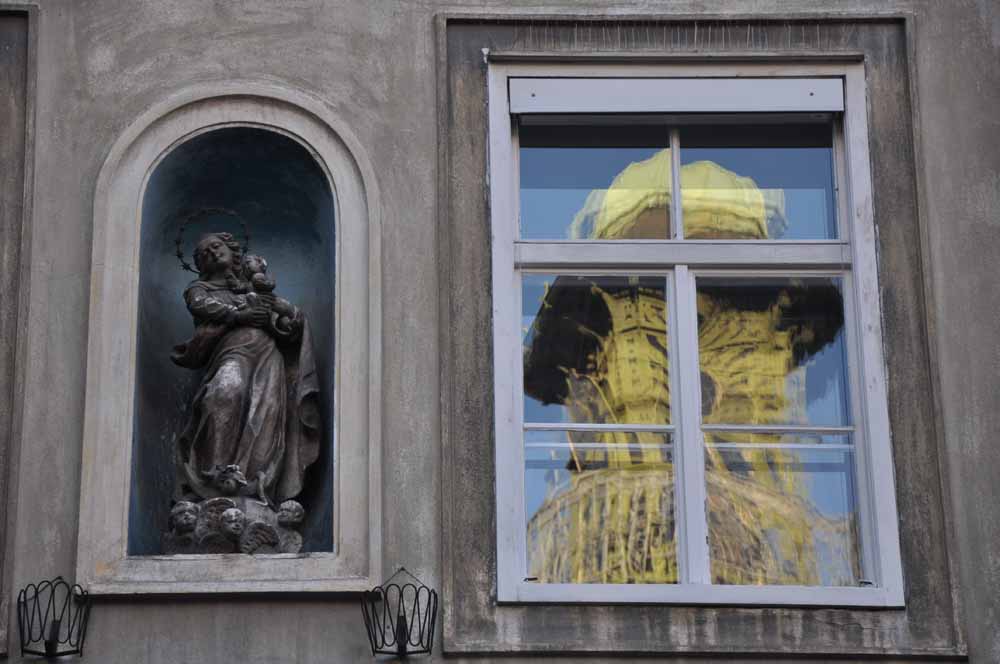 Ask anyone living in Graz, or any Austrian for that matter, about the most famous playing clock in Graz and they’ll surely answer with: Glockenspiel. This clock is over 100 years old and every day at 11am, 3pm and 6pm you can wait in anticipation as the gable windows open and a wooden couple emerge from their hiding place to merrily dance to the chiming clock. The azure sky and the clock tower are seen reflected in the window opposite, next to a statue of the virgin Mary holding baby Jesus.

This gothic double spiralled staircase in the Burg castle complex, most definitely makes taking the stairs a lot more entertaining (and healthier) than taking the elevator… well, if there was one. The staircases was built by Emperor Maximillian I. They are also called the ‘Stairs of Reconciliation’ because they share a common landing on each floor where the climbers come face to face with one another from opposite directions. I climbed up the one side and down the other although it would have been fun to race someone to the top and back down again. I tried to find hopefuls from the handful of people who passed by, but sadly my German isn’t that great and I think my waving arms scared them off a bit. Pity I didn’t see any students about, for they surely would have taken up the challenge.