This is exactly how Rainbow Drops held our attention by the hand. Perhaps La Fura dels Baus, the Spanish theatre troupe, interpreted the festival memo as reading ‘high’ Seoul Festival.  This non-verbal performance opened with a white-winged Icarus soaring overhead. Thereafter, what is best described as a human-sized hamster wheel took to the sky with the aid of a crane. Performers were strategically strapped into each segment, while two others ran on the outer surface propelling it forward.

What intrigued me about this innovative performance was how it blurred the boundaries between the audience and performers. The staging area was constructed with the use of metal barricades. A certain number of observers were allowed to enter. The remainder was left with elbows perched on the barricades. Once the hamster wheel returned to earth it playfully swerved from one end of the performance space to the other, with the audience-turned-performers having to leap, run and shuffle backwards to clear a pathway for it. During this impromptu performance both audience and performer took certain risks to ensure a compelling production. 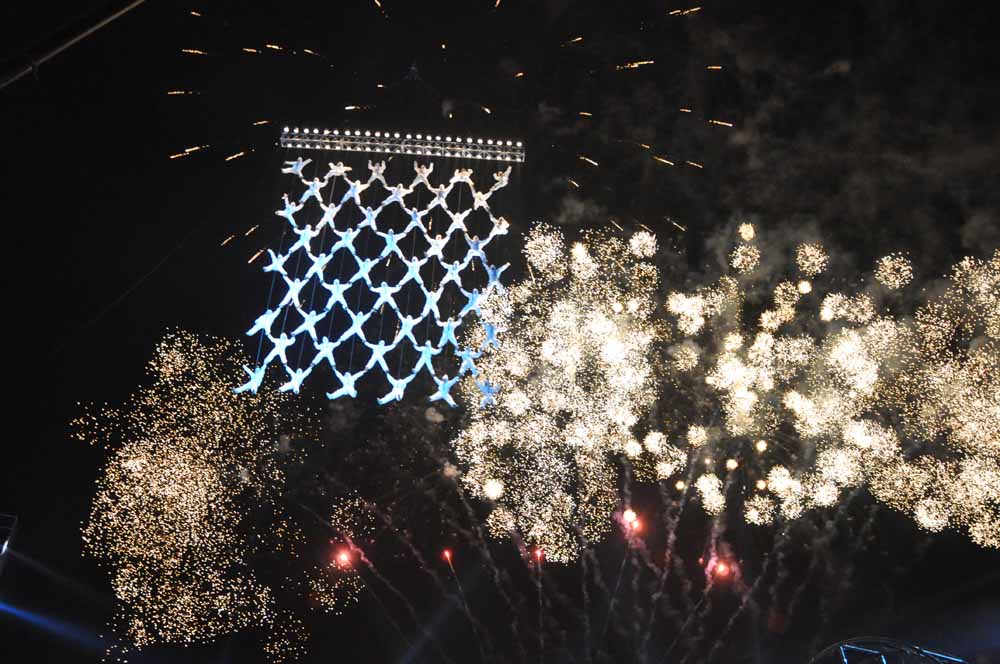 The following set of performers wore white suits that functioned like a canvas on which colourful lights were screened. The crane lifted the performers off the ground into a state of levitation. They joined hands to legs and legs to hands to create what resembled a synchronised sky diving constellation. The fireworks display was accompanied by agape mouths. 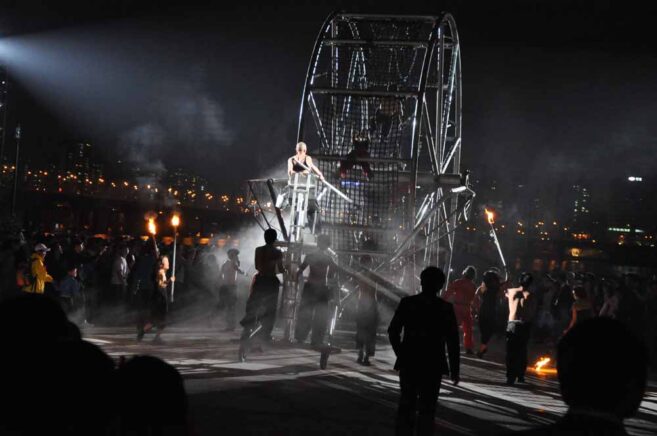 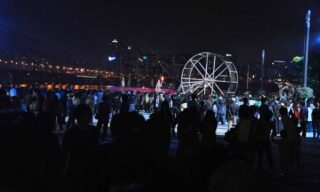 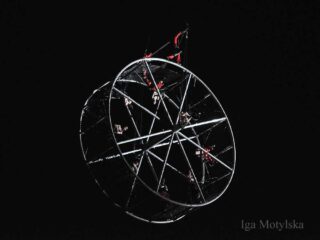 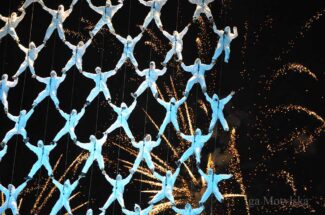 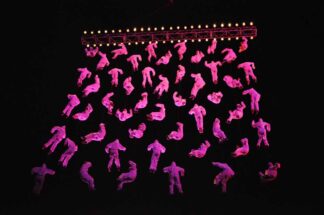 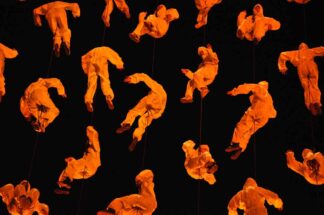 At the beginning of each season this bustling metropolitan hosts the Hi Seoul Festival on the banks of the Hang River in Yeouido.  The festival has flourished since its inception in 2003 and it’s no wonder why.