When someone tells you they’re going to a sea parting festival, you can’t help but think that perhaps they are taking part in a modern-day re-enactment of Moses’ parting of the Red Sea. For centuries the Jindo Sea Parting Festival was surrounded by mystery, now it’s a reason for celebration and  festivities.

According to the Korean legend an old woman, Grandmother Ppong, was left behind when the inhabitants of Jindo Island escaped to Modo Island to avoid being eaten by tigers. Grandmother Ppong prayed to the sea-god who parted the sea. However, there are two endings to the legend. The first states that before she could make the journey she died of exhaustion, yet her final utterance resonated with peace: “Finally, my prayers have been answered”. The other ending, the one that most people prefer, says that grandmother Ppong made it safely to the other side and was reunited with her family. 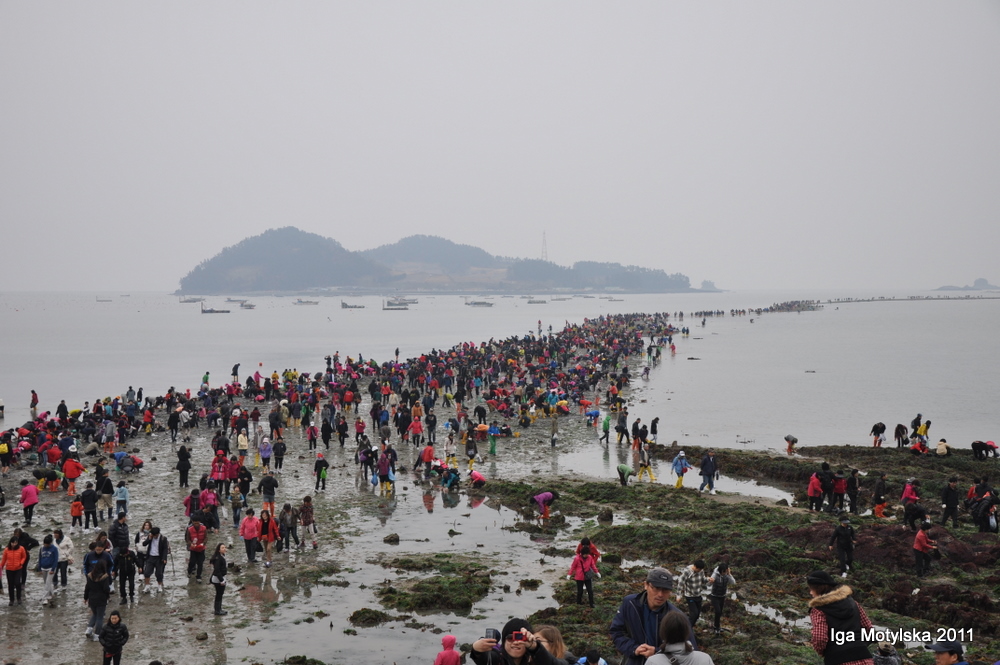 The Jindo Sea Parting Festival is held when the difference between high and low tide is at its highest peak. This occurrence happens on a slightly smaller scale on a monthly basis, as the tides are influenced by the lunar cycle. A 2.8 kilometre-pathway emerges between Jindo Island and the smaller nearby island. We strapped on our brightly colored knee-high rubber boots off we went to explore the exposed sea bed, which revealed an abundance of shallow-water marine life.

Many Koreans make the trip to Jeollanam-do Province to collect kim (seaweed) – a popular staple in Korean cuisine – along with abalone, crabs, clams and octopi. We tried to save some blue and orange starfish, which surely wouldn’t have made it past the keen eyes of gathering Koreans, had we not thrown them into deeper waters. I discovered a crab I have never seen before. His pincers were so big in relation to his – what seemed to be – undernourished body that I imagined balancing must have been an entertaining act for all to watch. He was disproportionate like a male bodybuilder. You’ll see what I mean. 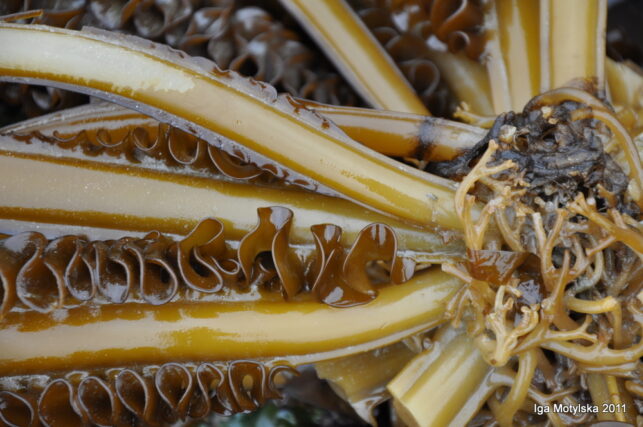 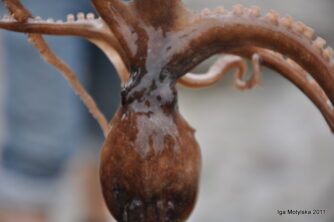 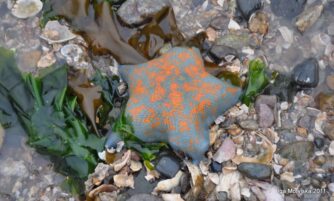 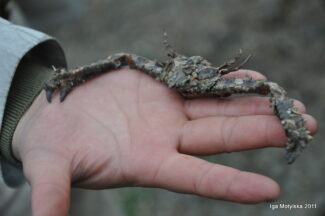 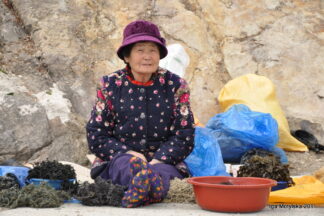 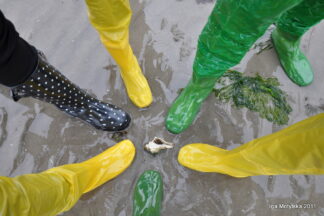 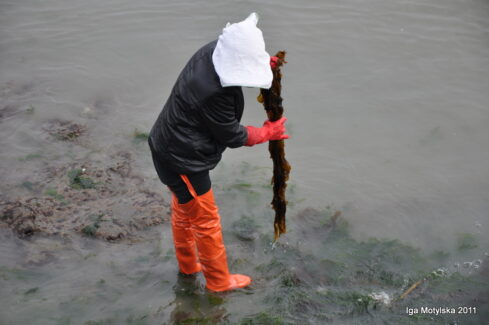 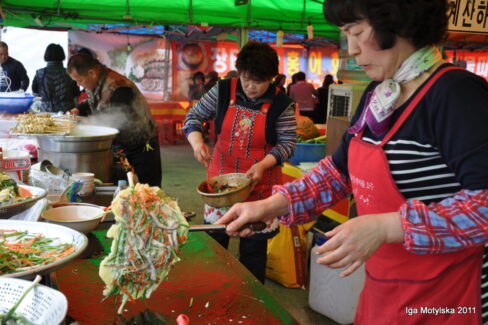 The whistling in the background became more pronounced. The coast guards ensured that no one was left stranded when the waters returned quicker than they had parted. Koreans submerged their baskets in the water, washing the contents they would eat at dinner. As with every Korean festival it was accompanied with traditional music and dancing, food and of course Soju. I feasted on Pajeon, a seafood and vegetable pancake, which was made with the freshest ingredients possible.

Although this natural phenomenon occurs on a monthly basis (sometimes during the week or at nighttime) the best time to go is during the summer solstice. The Jindo Sea Parting Festival is free of charge. Several direct buses leave from Seoul and other bus terminal nationwide. Here is the bus schedule, prices and times. Once you arrived in Jindo take a local bus to Hoedong Port. You can also take the KTX from Seoul Station to Mokpo (just under three hours) and take the bus from there to Jindo. This is the faster and more expensive option. Don’t forget your wellingtons!