Hwaseong Fortress enfolds Suwon CBD in its arms. The fortress extends 5.74 kilometres and encloses 1.3 square kilometres. It was built in the late eighteenth century to protect the capital of Gyeonggi Province, which is where Seoul is located. It took two and a half years or 700,000 man hours to build. It was constructed was under the direction of Jeong Yak-yong, a renowned architect who employed intricate pulleys and cranes and used bricks for its construction. Although there were initially 48 structures along the wall of the fortress, seven have been severely damaged or lost altogether due to flooding, wars, or general wear and tear. Hwaseong Fortress was declared a UNESCO World Heritage Site in 1997. 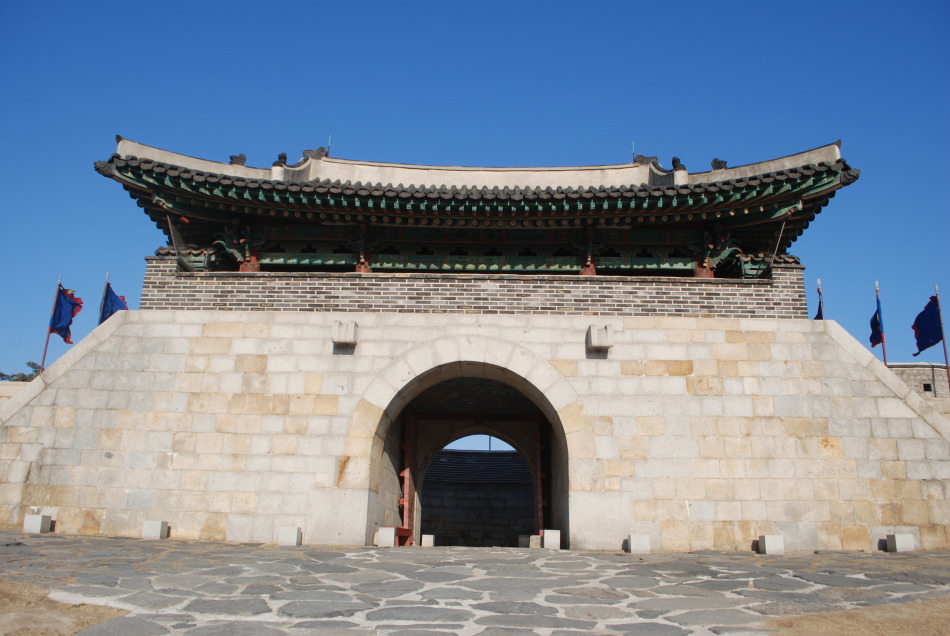 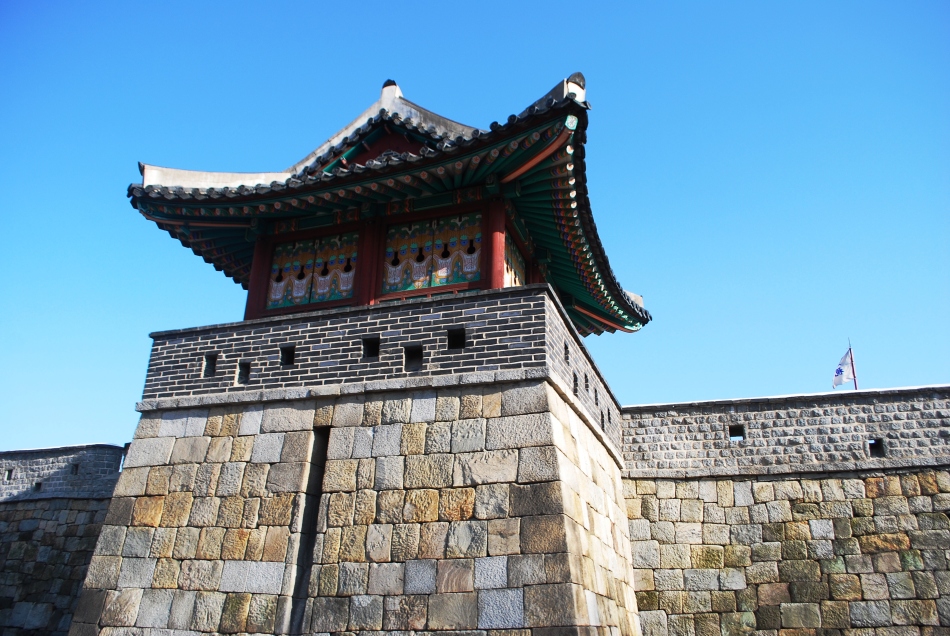 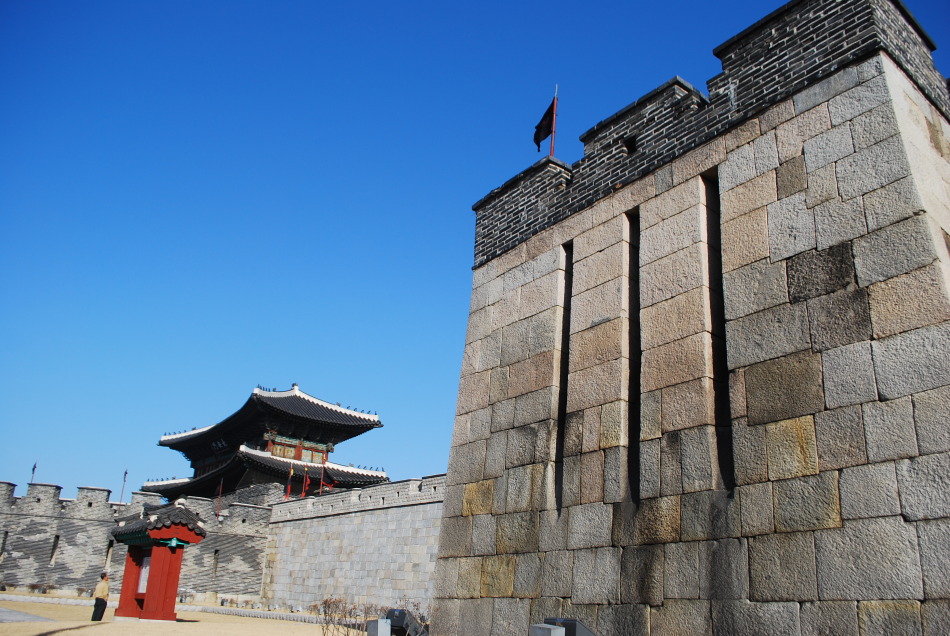 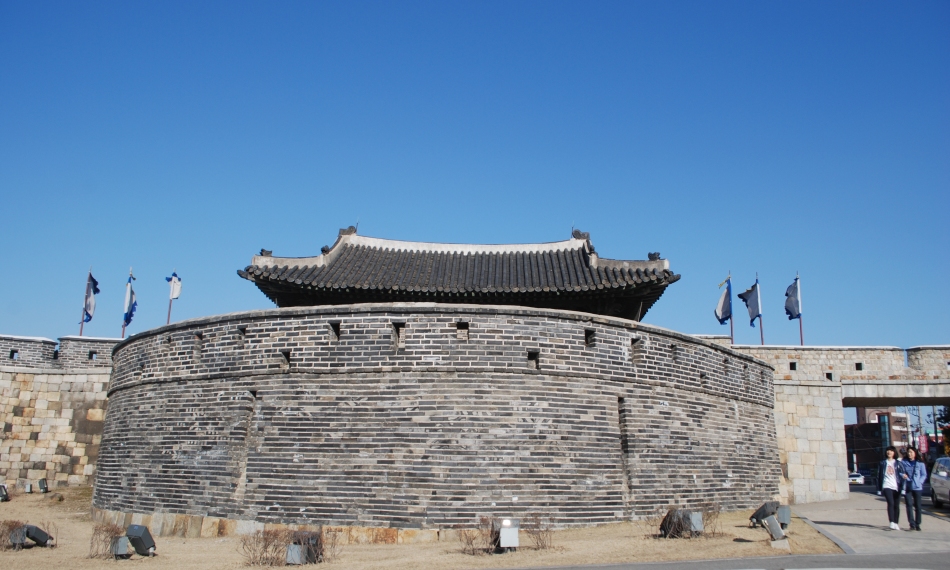 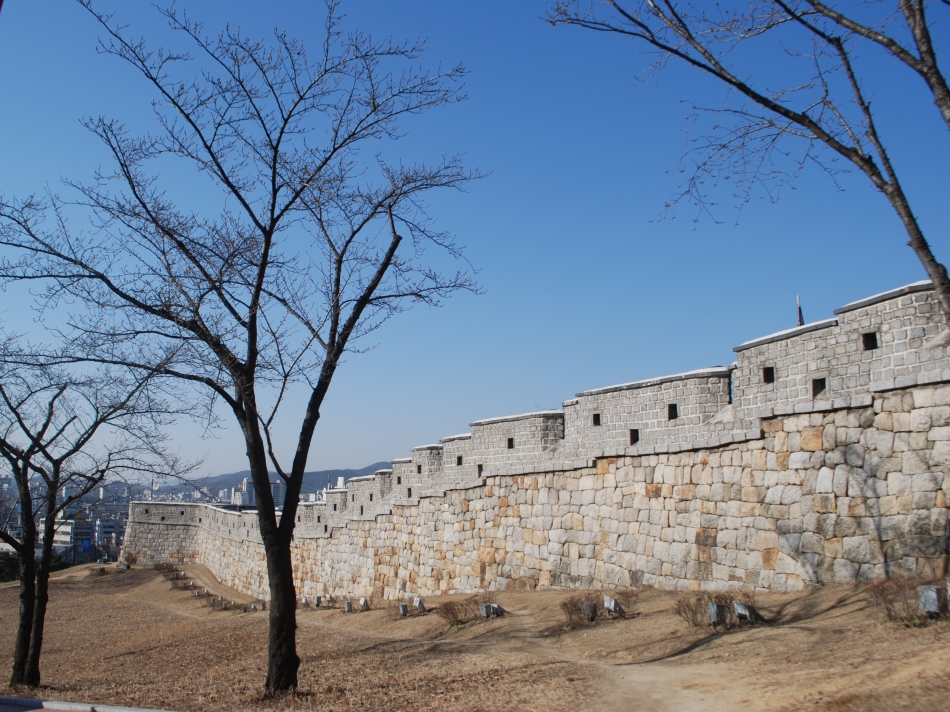