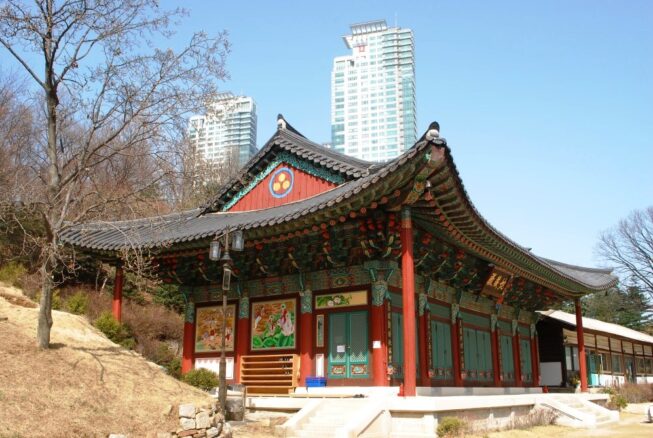 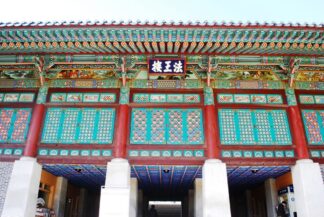 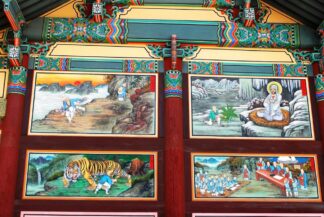 Bongeunsa Temple is a Zen Buddhist temple that was founded in 794AD by monk Yeon-hoe, who was the highest ranking monk of the Silla dynasty at the time. Nowadays, its location seems quite incongruous among the surrounding high-rise buildings of Gangnam, which tower above it. It is directly opposite COEX Mall and the Seoul World Trade Centre.

This 1,216-year-old temple has much historical importance and contains 3,479 Buddhist scriptures. It is known for housing the woodblock carvings of the ‘Flower Garland Sutra’, which describes a cosmos that consists of infinite realms upon realms which mutually contain each other. 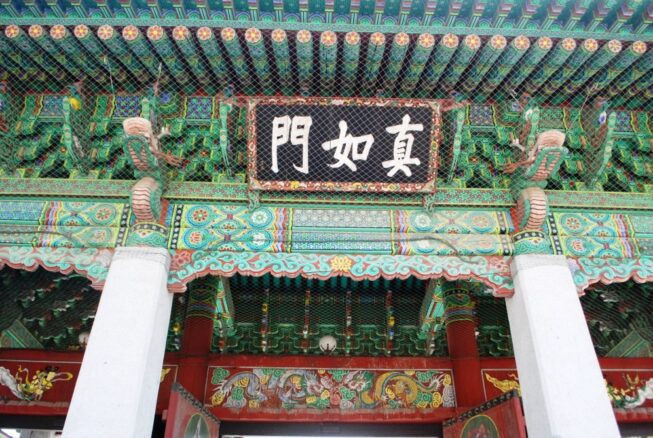 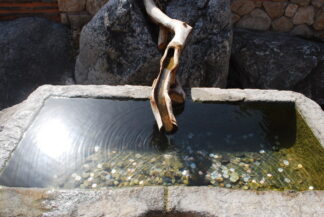 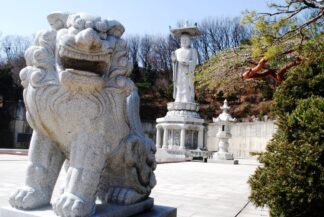 Bongeunsa is popular, especially among tourists, for its temple stay programme whereby one can actively engage in the lifestyle and tasks of Buddhist monks for a few days. This includes meditation, eating a vegetarian diet and tending to the grounds.

I was fascinated that all the murals of Buddha, which are painted on the walls of the temple buildings, have bodies of water in them. Dr. Masaru Emoto’s research has proved that words and thoughts have an effect on the molecular structure of water and how it influences our bodies and wellbeing. This is what Buddha meant when he spoke of the Noble Eightfold Path: the attempt to change our thought patterns, intentions and behaviours.