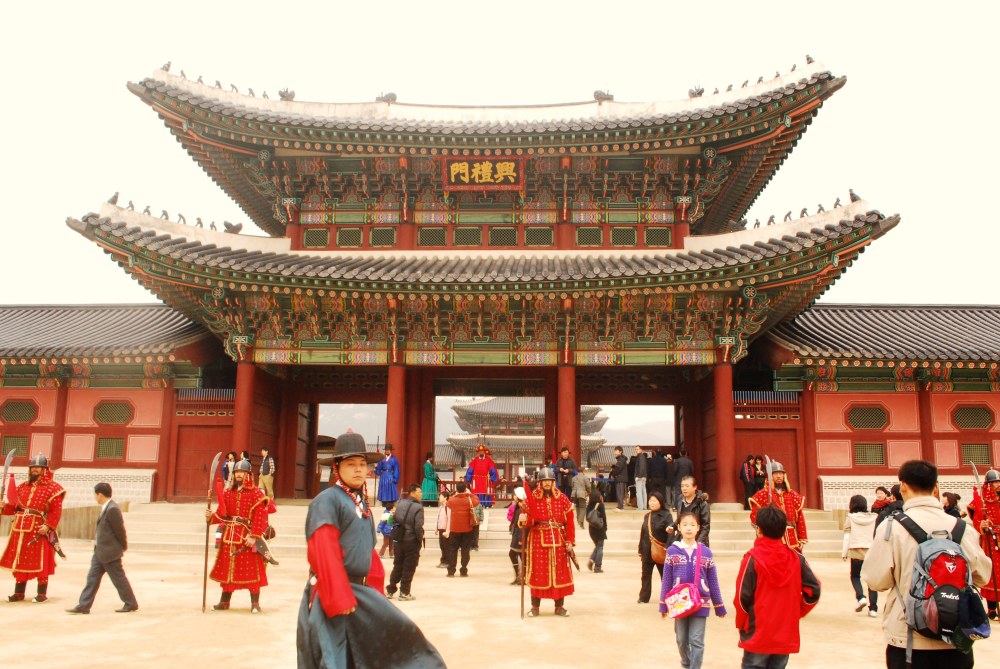 I visited Gyeongbokgung Palace so many times during my two years in South Korea that I’ve lost county. Yet each visit brought with it some new insight into Korean culture and its proud people. The palace is synonymous with Seoul and arguably South Korea; it’s a cultural symbol that is associated with the two. Gyeongbokgung is the largest and oldest of the five Grand Palaces in Seoul. Its name translates to “palace greatly blessed by heaven” and it is also known as the Northern Palace due to its location. Construction began in 1392 under King Taejo – who was the founder of the Joseon Dynasty. The palace grounds occupy 410,000 square metres and are also home to the National Folk Museum of Korea as well as the vast palace gardens. Many would agree with me when I say that it’s also probably one of the most popular tourist attractions in Seoul and a must-see if you’re short on time, although Changdeokgung Palace and its secret palace gardens are also worth a visit.
It was here at Geunjeongjeon Hall that King Taejo and all the kings who came after him welcomed foreign ambassadors, greeted officials and gave state of the nation addresses. Also known as the Imperial Throne Hall it is National Treasure No. 223. Geunjeongjeon means diligence helps governance and I would go as far as to say that it could possibly be a maxim to represent Korean people. 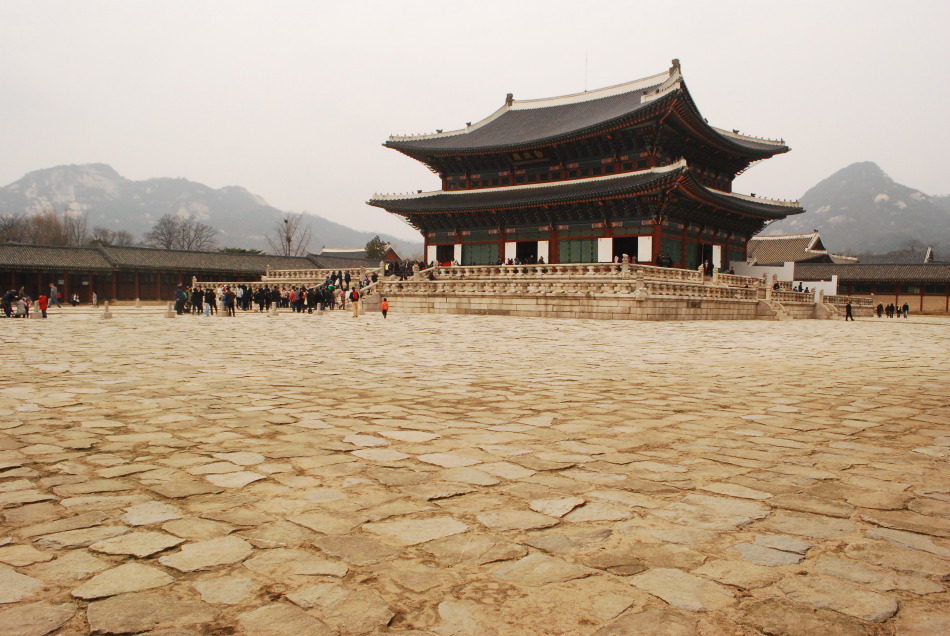 One of the most popular feature of the palace’s gardens is Hyangwonjeong Pavilion, a small, two-story hexagonal pavilion that was built around 1873. Its name translates to Pavilion of far-reaching fragrance and the bridge that connects the island on which the pavilion stands is called the bridge intoxicated with fragrance. I must say, I appreciate these lyrical names as they truly evoke the zeitgeist during which the palace was built. When you cross the ‘fragrant’ bridge look out for the Koi fish in the waters below.
Gyeonghoeru Pavilion, which is National Treasure No. 224, hosted important state banquets and to this day holds the title of the largest elevated pavilion in the country. The outer pillars are square shaped, while the inner columns are cylindrical in shape. They were constructed in this manner to represent the idea of Yin and Yang. And the three stone bridges, which connect the pavilion to the palace grounds, are decorated with 12 zodiac animal sculptures. 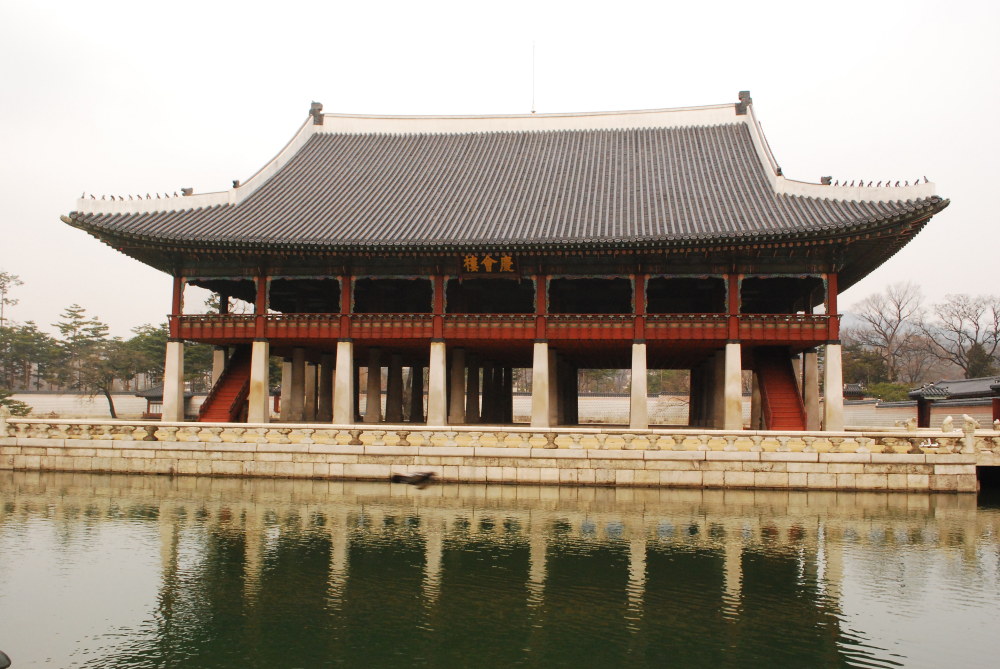 How to get there: Exit 5 of Gyeongbokgung station (line 3).