My wonderful friend, Gina, and I spent the afternoon nobly frolicking around Changdeokgung Palace like we owned the place: quite literally we were pretending to be the daughters of royalty. We suspended our disbelief – no one had to know that we were ACTUALLY part of the Secret Garden tour – much to our guide’s dismay. I imagine that during his career he has encountered many overly imaginative children and young adults pretending to be princesses (like the little cutie we met below). And so we wrote our guide into our fairytale. 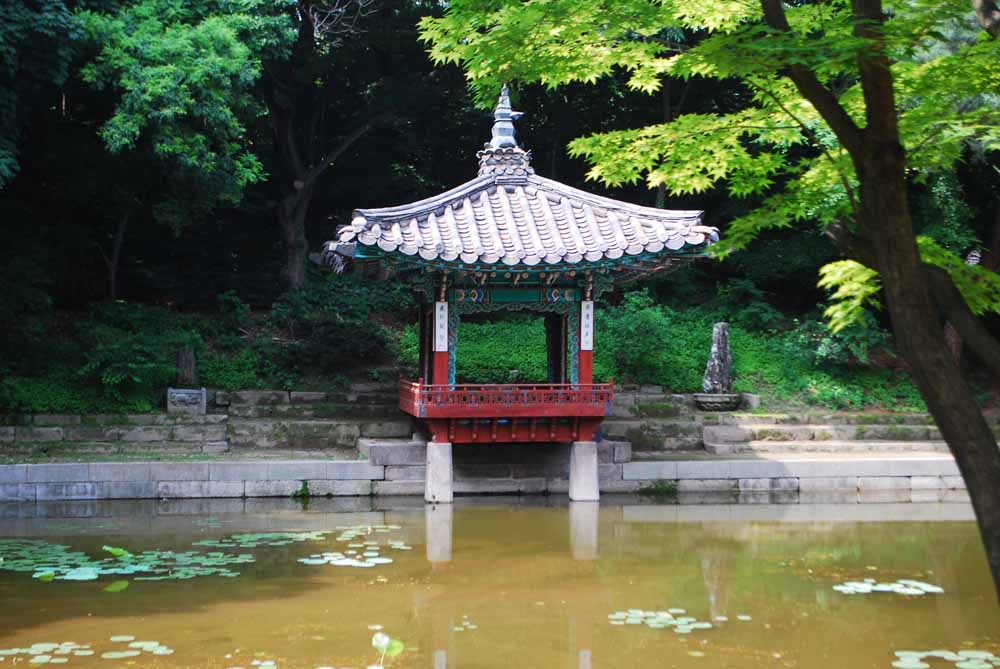 Changdeokgung Palace or the ‘Palace of Prospering Virtue’ is one of the Five Grand Palaces in Seoul. It’s also often referred to as the ‘Eastern Palace’ because it’s located to the east of Gyeongbokgung Palace – the grandest of them all. It was built by King Taejong, the third king of the Joseon Dynasty. The architecture delicately incorporates the enchanting characteristics of the surrounding natural environment. The palace buildings are somewhat spontaneously situated around the grounds unlike the layout of the other palaces, which are very structured. It illustrates a harmonious synergy between man-made buildings and nature.

The palace is located at the foot of Mount Ungbongsan and is encompassed by what seems to be a botanical garden. The garden, which is situated behind the palace, covers 60 per cent of the palace grounds. It goes by the same name as Frances Hodgson Burnett’s novel: The Secret Garden or Huwon. The name is most fitting: it was the private playground of the royal family. No one dared to enter without the king’s invitation. The garden contains over 26,000 specimens of over 100 species of indigenous trees, as well as thousands of alien trees. The secret garden is nourished by a stream called Ongnyucheon or ‘Jade Stream’. Roughly at its centre you will come upon Soyoam: a U-shaped water channel that was carved into a large rock in 1636. The channel ends in a modest waterfall, more like a trickle actually. The boulder of the channel is inscribed with a poem. When I closed my eyes I imagined myself sitting in the pavilion overlooking the lily ponds. During its prime, the garden hosted elaborate banquets, archery games and fireworks. 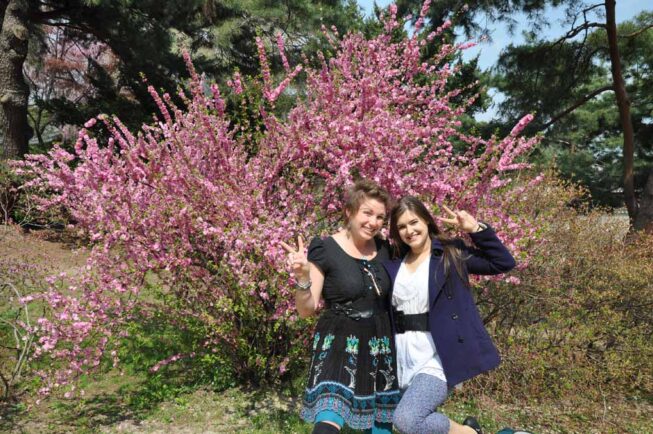 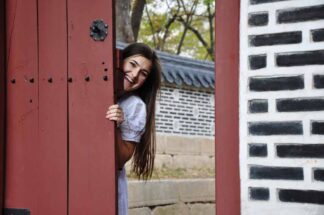 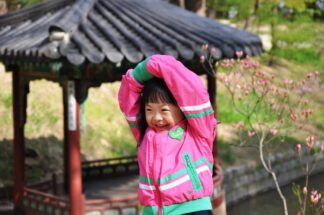 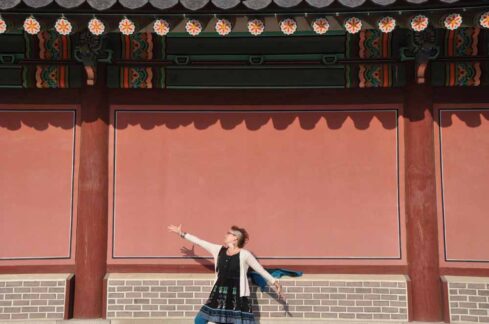 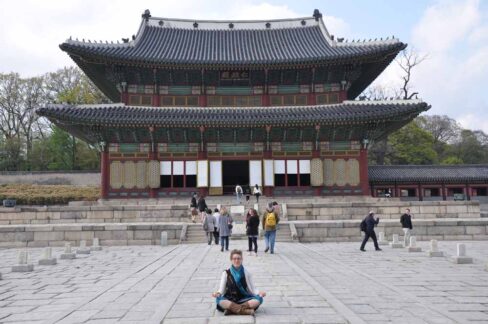 The best time to visit is during spring, when everything is in full bloom, or during autumn, when the fall foliage bursts into flame. If you encounter the distinguished 750-year-old tree, sit beneath his shade. He will tell you tales of the Japanese occupation, which partially explains why only 30 per cent of the original buildings remain. He has stood steadfast and witnessed kings and emperors come and go, changing times, destruction and renovation. 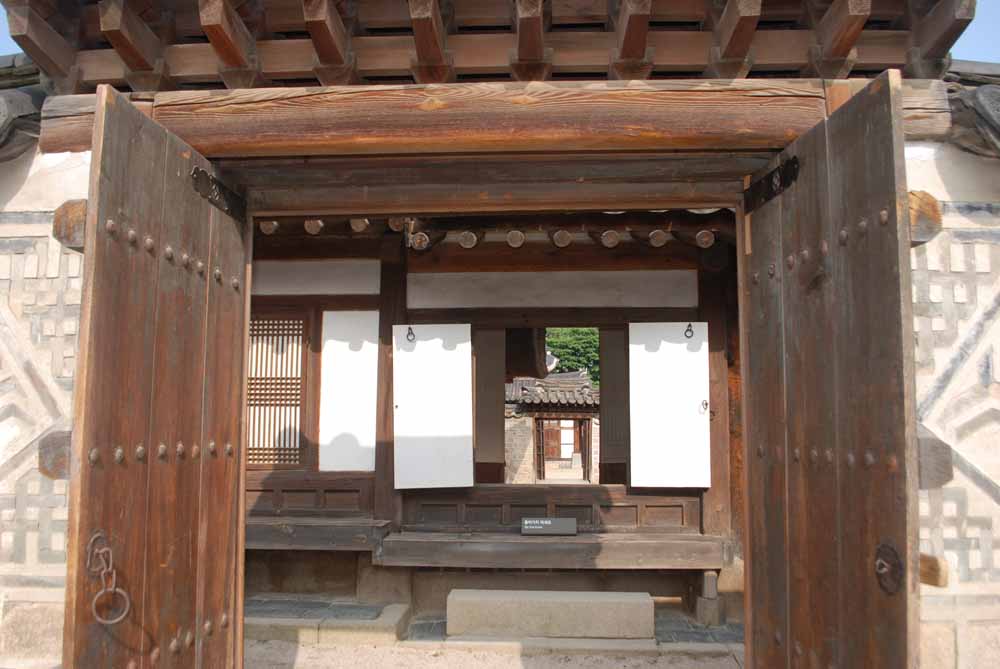 It took seven years to construct Changdeokgung Palace, from 1405 to 1412. It has an important place in Korea’s modern history: Korea’s last emperor, Emperor Sunjong, lived here until his death in 1926. The roof ridge of Injeongjeon, the throne hall, is beautified with the carvings of guardian animals, such as eagles and dragons. The main stairway leading to the hall is decorated with stone statues of mythical guardian animals. The palace grounds are designated as Historical Site No. 122, they also contain Geumcheongyo Bridge, which is an important historical relic dating back to 1411. Changdeokgung Palace was restored to its original state in 1991 and has been a UNESCO World Heritage Site since 1997.

Somewhere along the way, our fairytale changed and we became the illegitimate daughters of King Taejong and had to escape the watchful eyes of the palace guards. Our tour guide was left traipsing behind us. Bless his soul. We were entirely enchanted by the legendary personality of the palace. 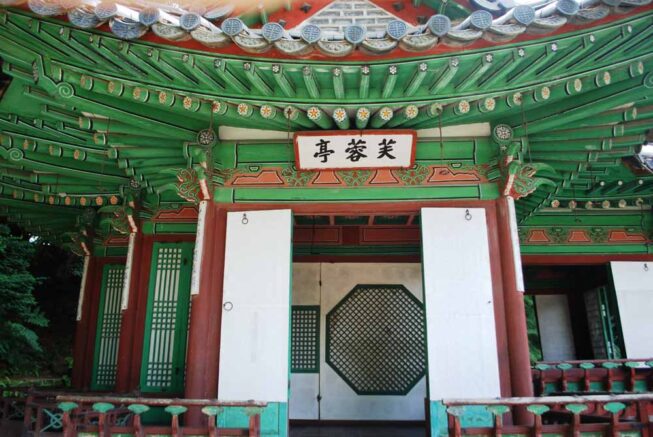 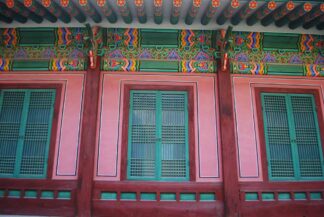 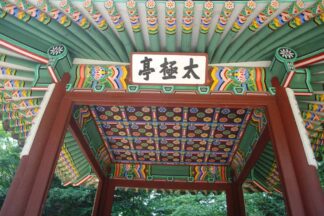 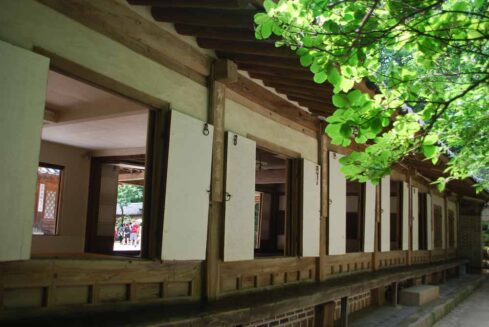 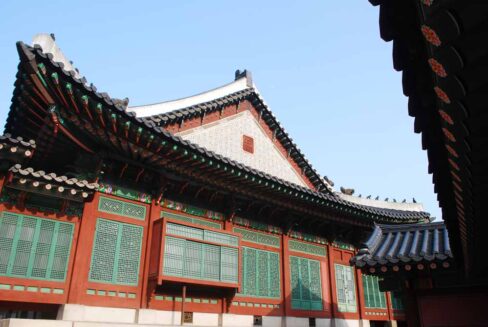