I’d really like to think that I have something to do with the fact that some of my friends back home have seriously taken up Taekwondo since I have been in South Korea. But, truth be told, it’s probably due to the rising popularity of the martial art worldwide. What better time to write about the country’s national sport than now: South Korea recently hosted the 2011 World Championships in Gyeongju, which used to be the capital of the Shilla dynasty for nearly 1,000 years. The long-standing history of this location aptly reflects the sport’s 2,000-year-old tradition.

I recently visited the Kukkiwon International Taekwondo headquarters, which is situated in the heart of Gangnam: the business and economic hub of Seoul. The centre was established in 1972 and can accommodate up to 3,000 people. Here you may learn about the development of Taekwondo as well as its cultural and historical significance in South Korea and around the world. It was accepted as an official sport at the Sydney Olympics in 2000. 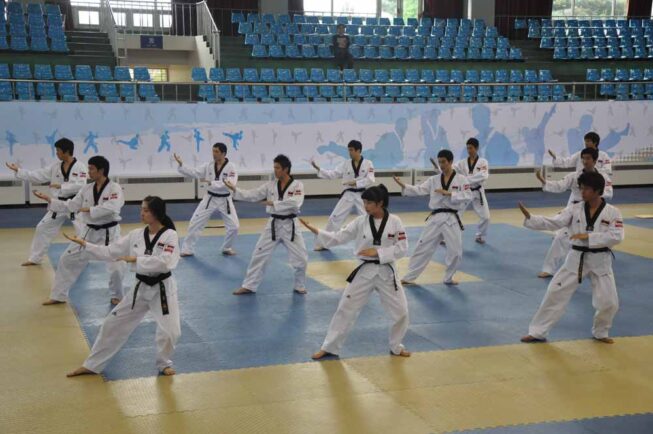 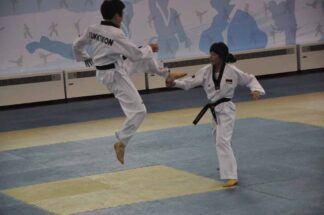 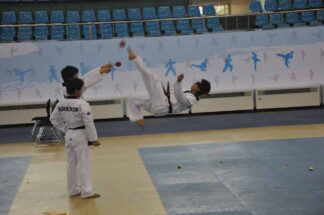 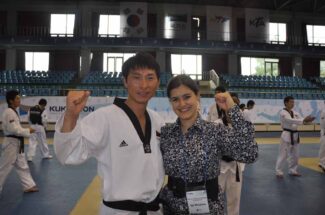 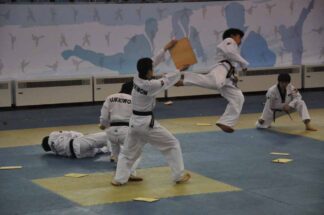 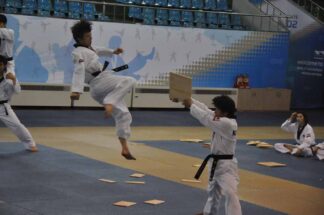 Here, you may watch a free performance every Monday and Saturday from 11:30 to 12:00. Kukkiwon opens daily from 09:00 to 11:30 and from 13:00 to 17:30, but it’s closed on public holidays. At times the demonstration resembled more of an intricately choreographed and synchronised performance with a well thought-out story line. Blindfolded he walks towards the tinkling of the bell, in an illustrious display of the acuteness of his senses and surroundings, he leaps into the air and kicks the punctured apple off the extended knife.

Taekwondo will not only help you get in shape for summer, but it can also help you to master discipline, not to mention impress your friends. This age-old martial art has become quite popular among the ex-pat community because it not only is it a pastime, but it also provides a new social network. Taekwondo schools can be found on just about every busy, main street in Seoul.