The murals, mosaics, metal statues and quirky illustrated road signs make Naksan Park intriguing, especially if you have a curious gaze. It is nestled on a granite mountain, quietly observing the bustle below. Naksan Park resembles a camel’s hump: ‘nakta’ in Korean means camel, while ‘san’ means mountain. Look out for the mosaic of a camel on your way along the alleyways to the top. Amble through the theatre neighbourhood to get there. I encountered ‘Monsieur Chat’ – the yellow cheshire cat by graffiti artist Thomas Vuille, which I also spied in Paris. This particular one was ‘naughtified’ (yes, I know that’s not a real word, but you’ll see what I mean). 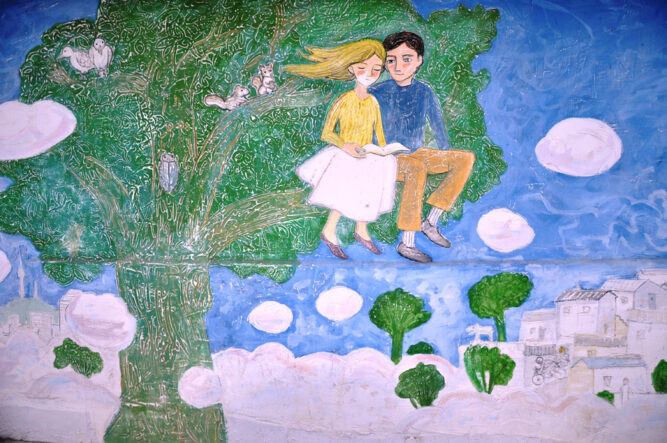 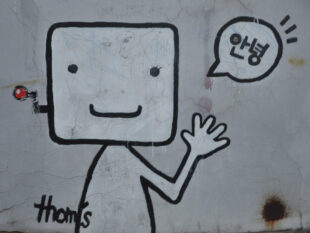 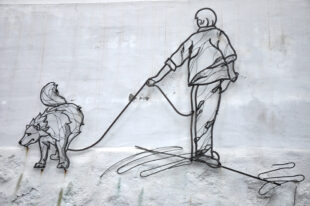 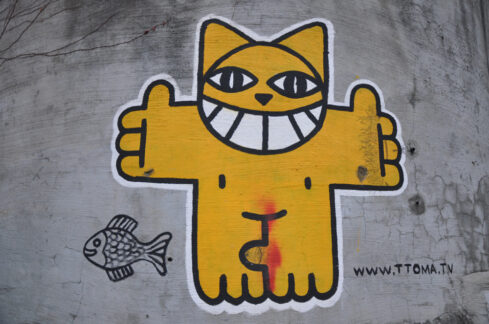 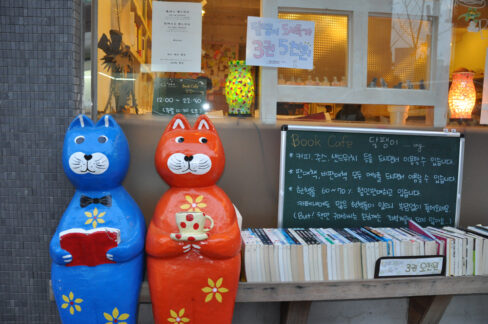 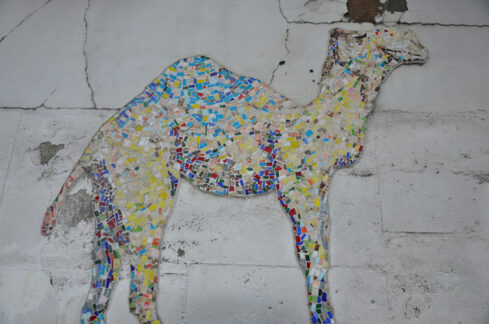 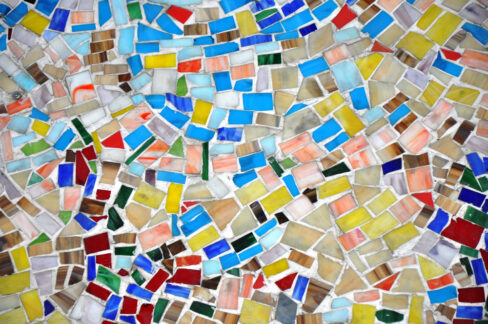 During Japan’s colonial rule, rapid urban development resulted in most of the hill being demolished. The park was established in 2002 to preserve the remaining green belt. The art initiative allows residents and artists to express their creativity. It is also a space for healing and renewal as locals beautify the area. A painting of angels in Naksan Park caused such a buzz from sightseers – after it was broadcast on national television – that locals claimed it disrupted their peace. Sadly, they have been erased, but there are many other murals of flowers, romancing couples and wire art to make your walk delightful. And each time I visit there is a new artwork or a reworked piece to admire. 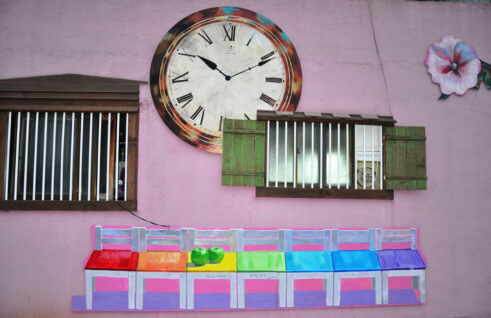 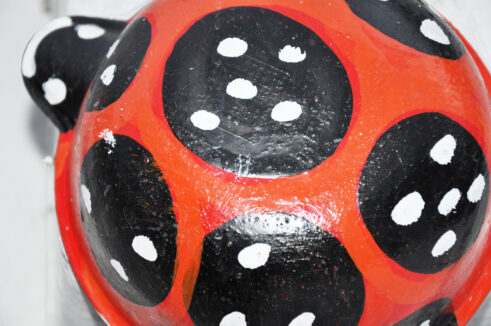 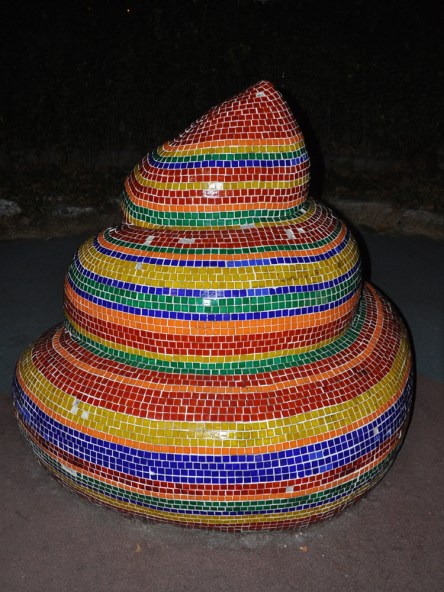 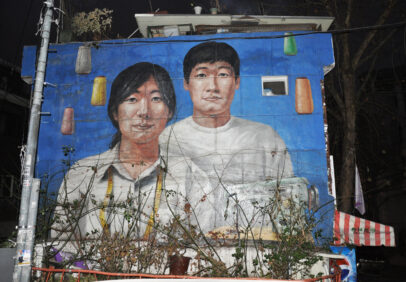 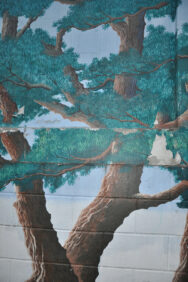 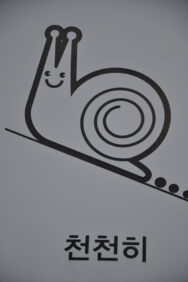 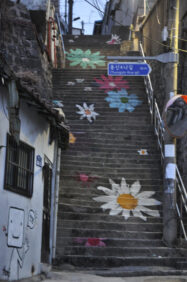 Birds are aflutter on the stairs, which they use as a platform to gain flight. Another stairway, which seems as if it were about to crumble like an ill-balanced stack of Jenga, is decorated with flowers. Naksan Park has become a sought after location for photography shoots. My measured steps ensure that I don’t pass anything without admitting it.