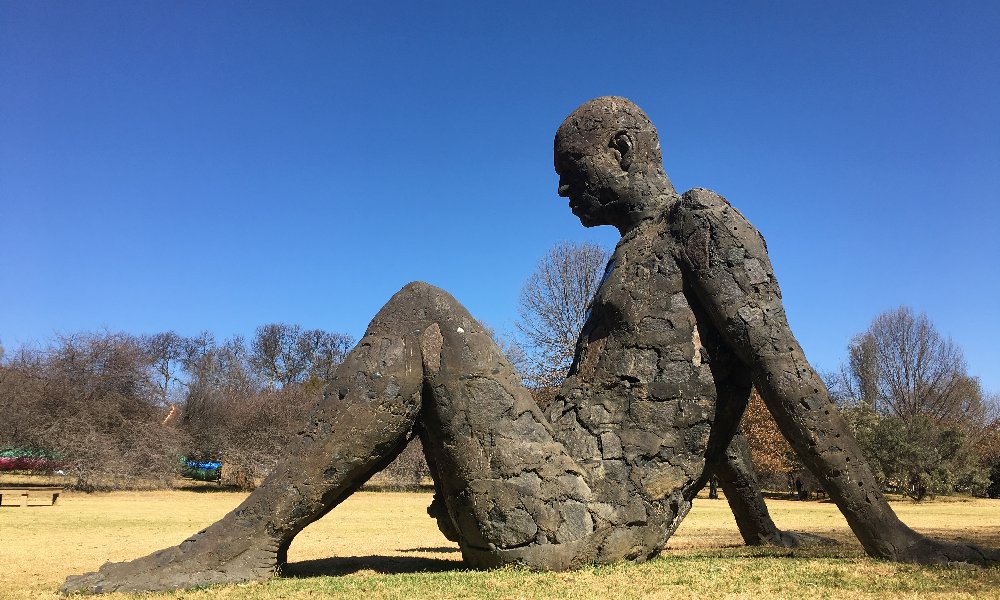 It’s long overdue but I finally visited the NIROX Sculpture Park to see the annual winter art festival – thanks to @za5 for taking me along. It is found within the 15-hectare Khatlhampi Private Nature Reserve in Gauteng just 45 minutes from Johannesburg city centre. There are a number of things to do nearby in the Cradle of Humankind and Hartbeespoort, if you plan to make a day trip of it.

The NIROX Sculpture Park is run by the NIROX Foundation, a non-profit that supports contemporary artists who work in the media of sculptures, installations, photographs and panels. Each winter, from around early May to late July, it opens to the public and showcases a collection of temporary artworks, alongside the permanent collection that is left behind by each of the visiting artists, who have done their artist residency on the property. It also hosts a medley of musical concerts throughout the year (more about that further down). 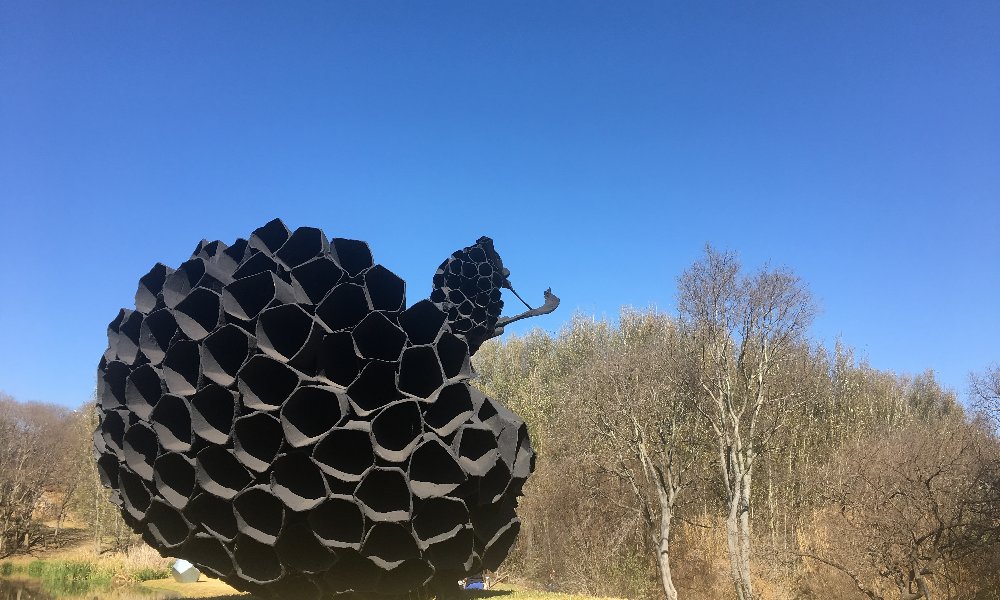 The best thing about the NIROX Sculpture Park is that the numerous art works are scattered out in the open across a private nature reserve, which means you have to explore the landscape in order to find the showcased art pieces. We hopped over stepping stones, crossed wooden bridges onto an island, climbed onto an old water wheel and entered buildings. NIROX Sculpture Park is interactive. It’s unlike some art galleries or museums that are crowded with people (which doesn’t help if you’re vertically challenged, like moi, and stuck at the back), and make you strain your eyes from behind the red line. Here you can walk around and between installations and even touch them in some cases. In fact, one art piece requires you to manually crank it.

This year’s winter exhibit, which opened on Saturday 12 May and closes on Sunday 29 July 2018, is called Not a Single Story. It is based on that famed Chimamanda Ngozi Adichie 2014 Ted Talk, in which she spoke about the dangers of narrating a single story. The exhibition showcases artworks, in various media, by 20 local and international female artists. Many of the pieces speak of issues facing women around the world or make political statements. 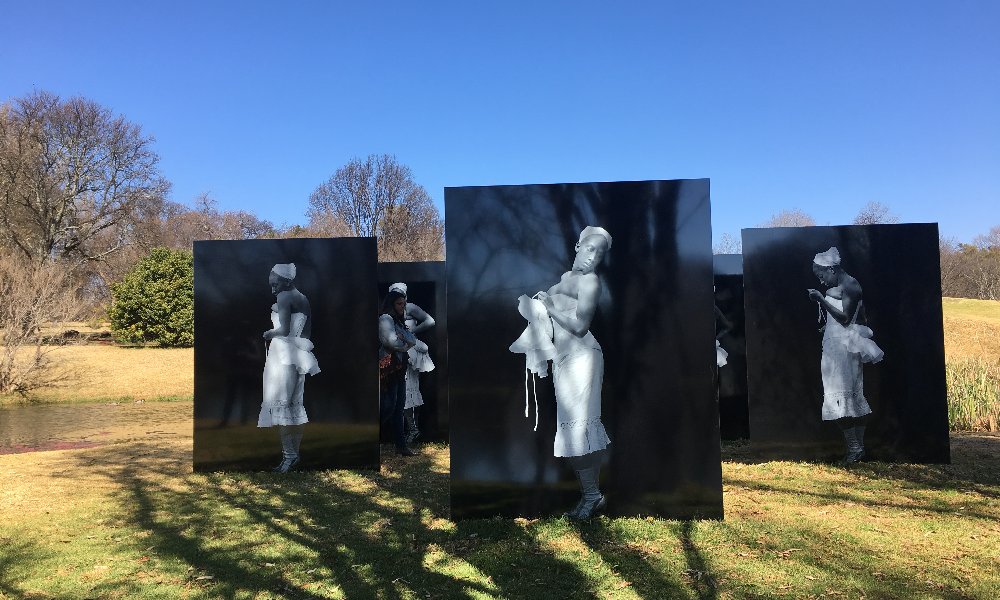 There’s the Wish Trees for Hope by Yoko Ono, who is known for her performance and instruction art. It reminded me of the many wish trees I saw standing in temple grounds across South Korea and Japan. I wrote my wish on a cardboard tag and tied it to olive tree, alongside hundreds of others. Some have faded with time or have begun to roll in on themselves, but they all seemed to be wishing and hoping for the same things – for sincere, enduring love, for health, for happiness, for many more travel experiences. One in particular, written by B. Jordan, caught my attention. It was tied around the jar of pencils that stood on the wooden table beneath the shade of the biggest olive tree. It read: “I wish all these wishes come true!”

Zanele Muholi has created a moving mixed-media piece about the ongoing persecution of LGBTQI individuals in South Africa. A black-and-white photograph of her face lies in a cushioned glass coffin that has been filled with red papers on which visitors have written their messages. The flowers atop the coffin have begun to wilt. The coffin rests in a makeshift black box-room that can be entered from two sides and it stands within a building. On the outside of the black room she has documented the various crimes committed across the South African against the LGBTQI community in 2018 alone. It adjoins the installation pictured below.

South Africa’s beloved Esther Mahlangu showcases one of her famed geometric Ndebele wall murals. And another South African artist Jane Alexander exhibits a piece called Security that consists of a double rectangular fence that is filled with machetes and rubber gloves, it speaks of international borders, security,as well as economic and political displacement. Alexander’s work was first exhibited at NIROX Sculpture Park in 2010. 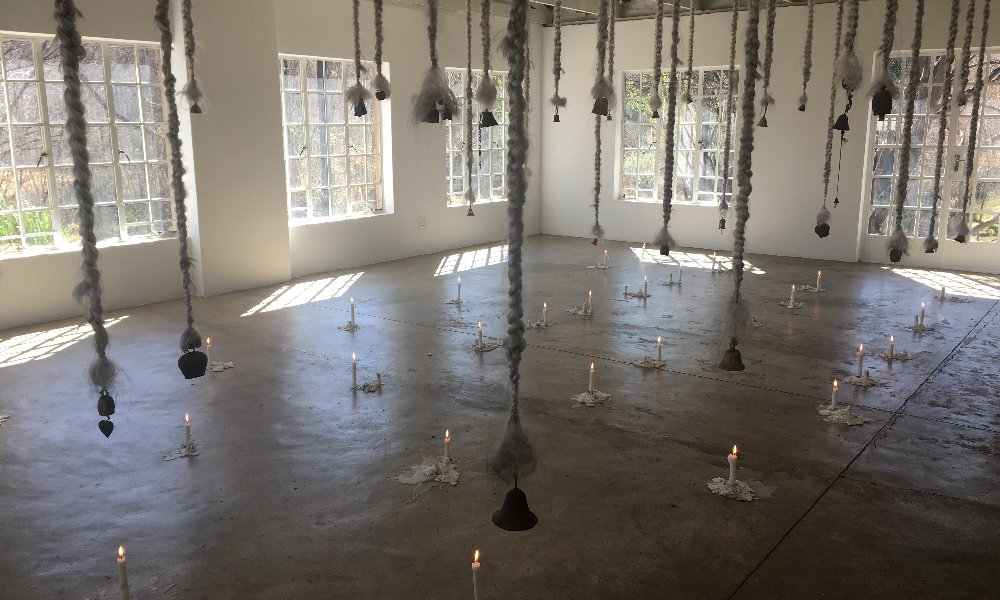 If you miss the winter sculpture festival though, you can still visit it on appointment. Otherwise attend one of the musical programmes that are scheduled throughout the year, along the water’s edge. The NIROX amphitheater hosts leading performers and musicians, specifically in the genres of classical, jazz, acoustic, traditional and contemporary music. They have become so well-attended that a programme of repeat concerts in various musical genres has evolved over the years.

There’s the biannual jazz programme in partnership with Gallery MOMO called Jazz in the Cradle (the next one is happening on 02 September 2018). AcousticsNOW is a tri-annual acoustic music programme in partnership with Pangolan Productions – the next one is happening on 27 October 2018 in collaboration with the Nelson Mandela Children’s Fund and will feature Ladysmith Black Mambazo, alongside Jesse Clegg and numerous other South African performers. Then there’s ClassicsNow on 04 November 2018, which will take you on a journey through classical music and the culinary tastes of the Mediterranean with a 40-piece orchestra arranged and conducted by Kutlwano Masote.

And there’s always a selection of eats and drinks available at the Epicurean Emporium, which includes gourmet foods from the Jozi Smokehouse; Argentinian Grill; Leafy Greens (this is one of my favourite vegan restaurants in Gauteng); Pappou’s Prego; Li Kitchen; Baha Taco, Soul Souvlaki (also yum); Sanza Vegetarian; Dario’s Duck Bar, Tutto; as well as the Joburg Cullinary and Pastry School among others. 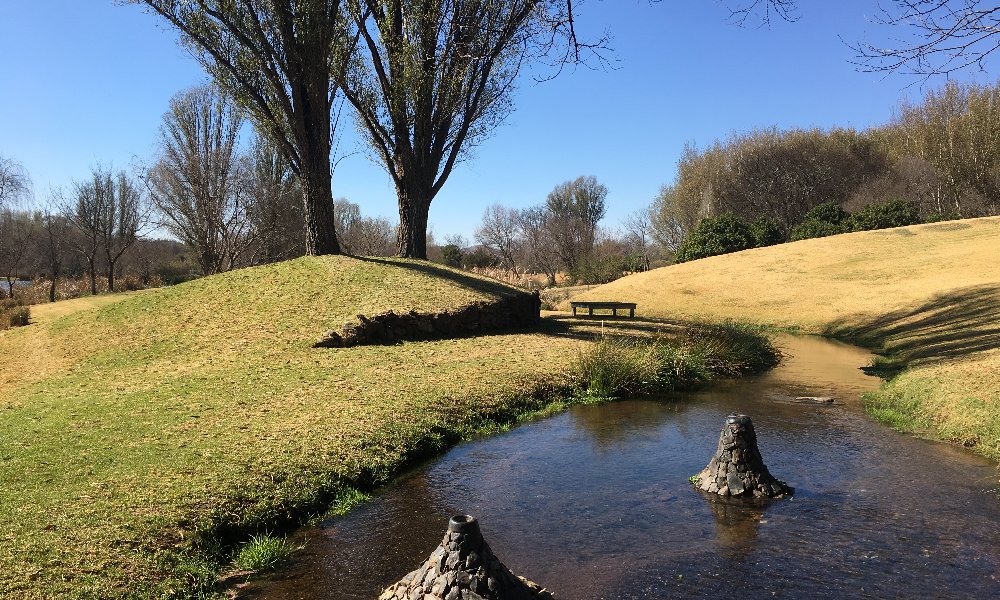 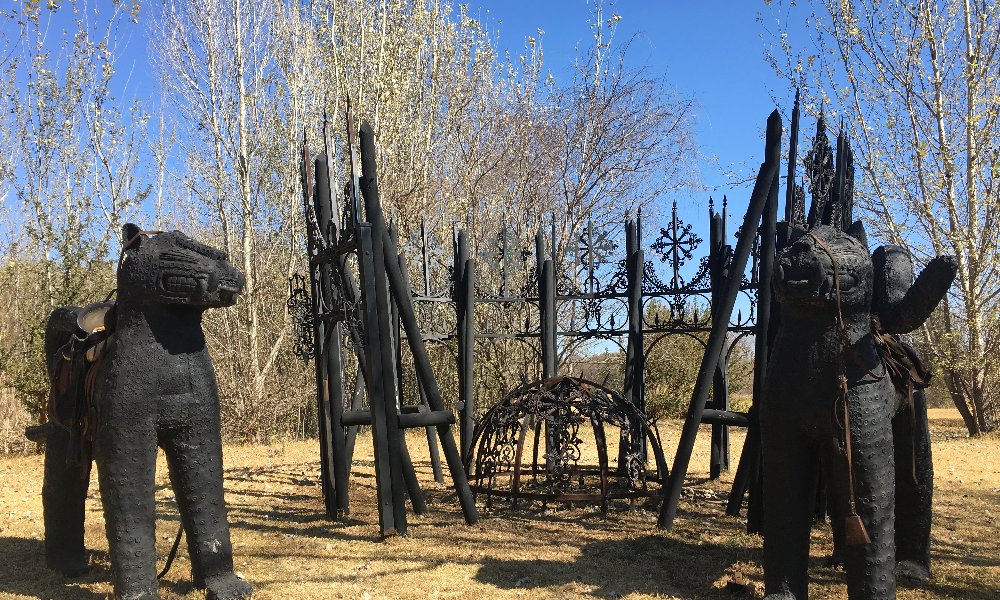 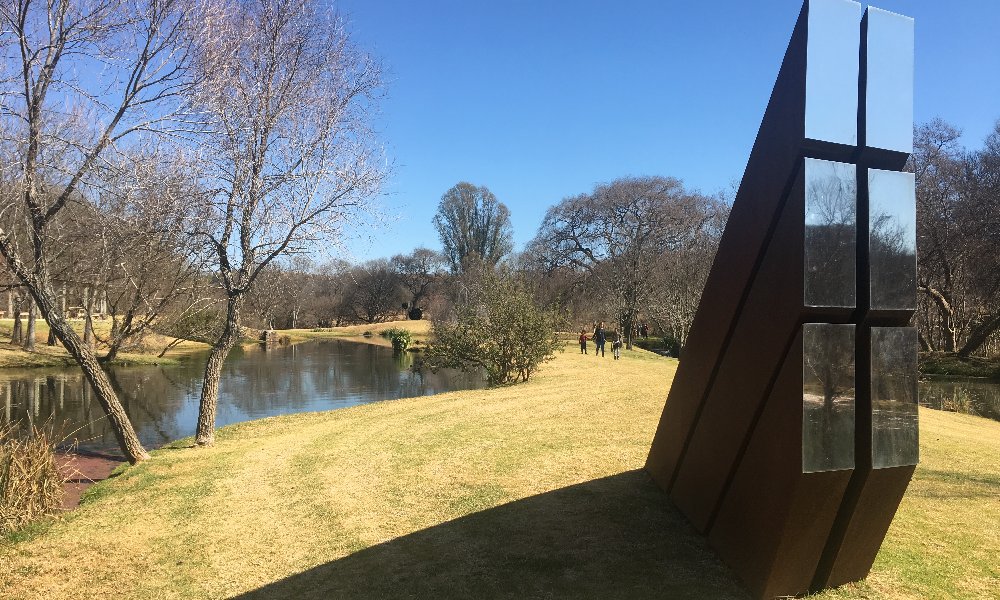 Where is the NIROX Sculpture Park?

The Khatlhampi Private Nature Reserve in Gauteng Province has more than 40 kilometres of walking, cycling and game drive trails through its grasslands and ancient dolomite valleys. There are natural fountains, caves, indigenous forests, ridges and hills to explore too. And on a quiet day, you might also see the indigenous wildlife alongside a variety of birds. If you’re already in the area and have time to spare, consider visiting the Aerial Cable way near Hartbeespoort Dam. And if you’re hungry on your drive back to Johannesburg, then stop by Leafy Greens for their Sunday special of vegan delights. 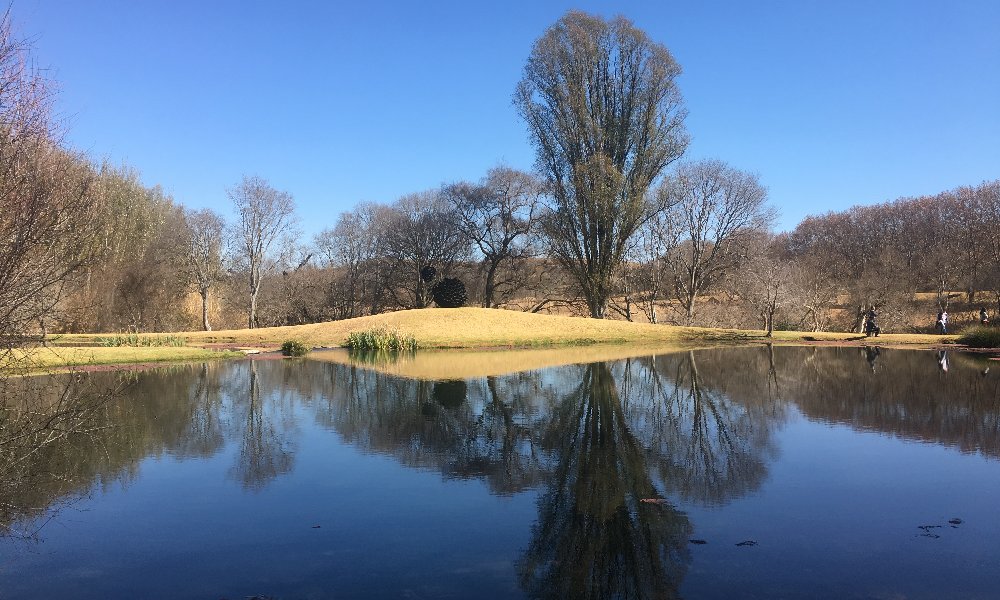 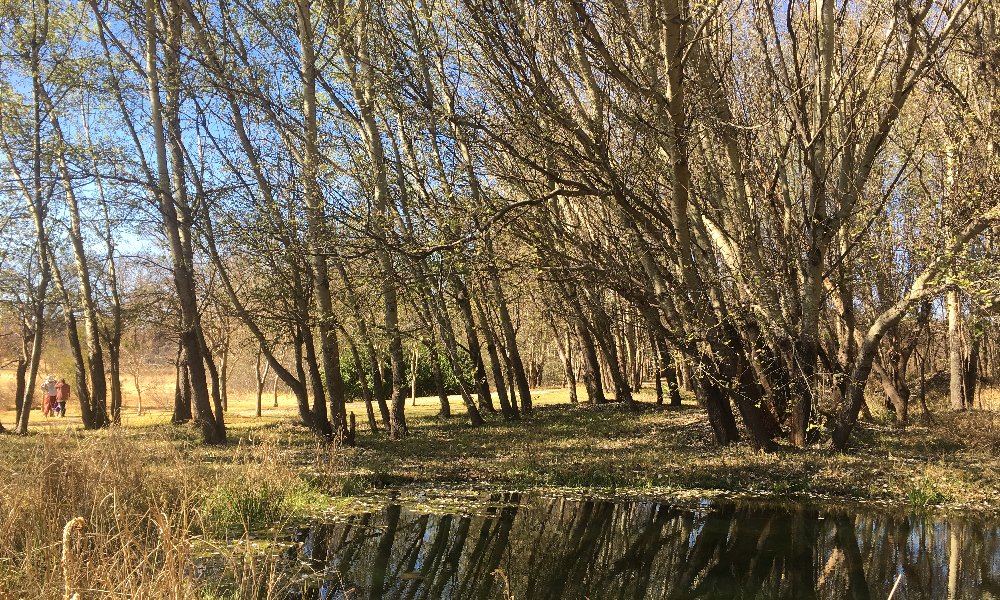 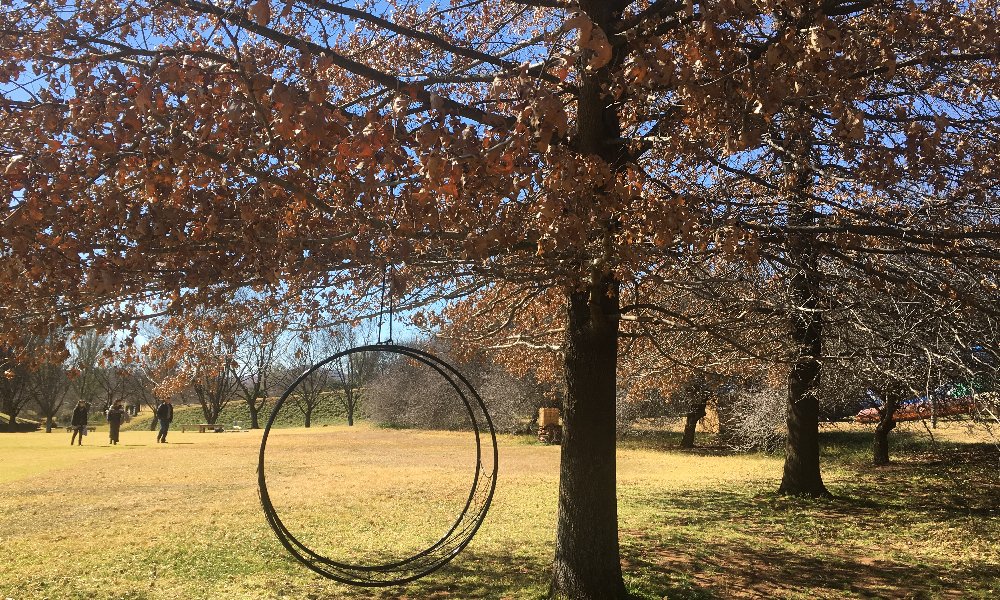 Details about the NIROX Sculpture Park

Tickets to the annual winter festival: Adults: R100, children under 12: R50, students and pensioners: R70. Or buy them online at: www.niroxarts.nutickets.co.za. 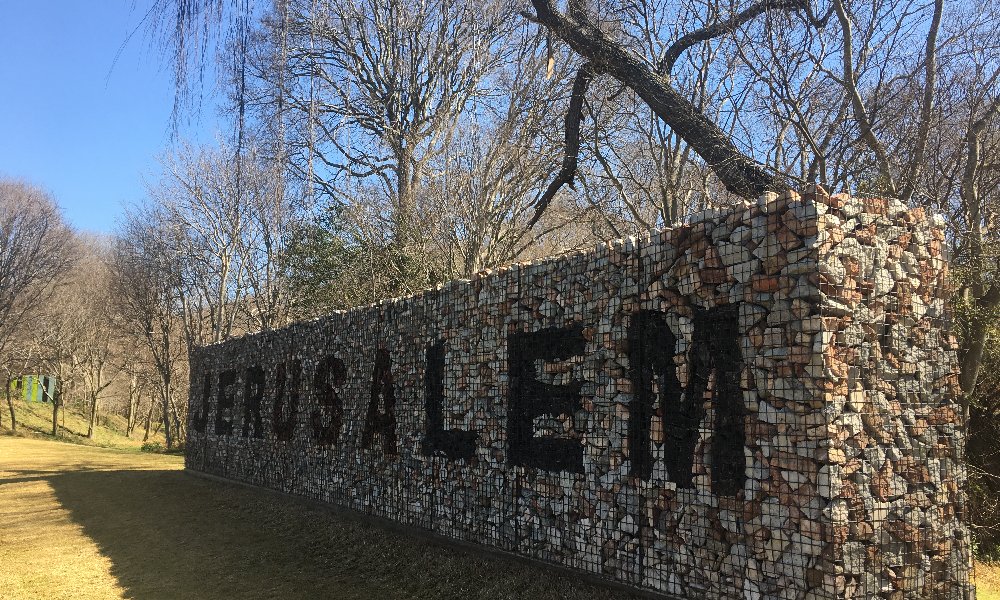 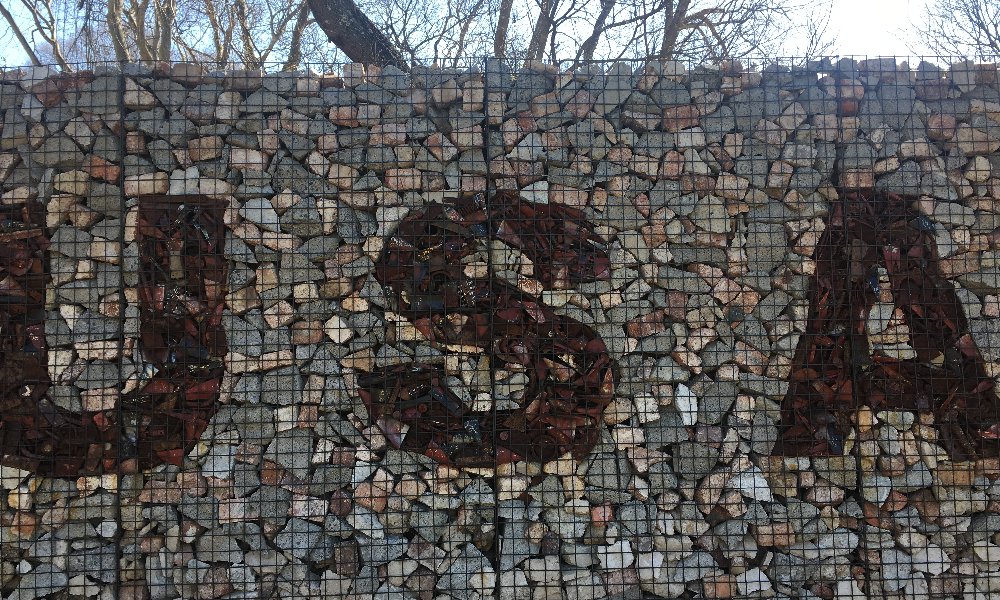