Home Africa Rhinos: They depend on you and me

Rhinos: They depend on you and me

“Their tough, wrinkled, grey skin resembled the furrows and dongas of the African landscape. These gentle herbivores would eat large amounts of grass and the leaves of small shrubs. Depending on the species they could weigh up to three tons. They were characteristically known for one or two protruding horns on their nose bridge.”
Their eyes widen as their imagination fumbles around in the dark.
“So… so you saw a real one when you were small?”

This is NOT the way in which I want to describe a rhino to my children one day. However, unless we act assertively and promptly to raise awareness we might no longer be able to witness these animals grazing freely, in their natural environment.

The insatiable demand for their horns, which has culminated in recent years, has resulted in a drastic decrease in population numbers in southern Africa, which is home to approximately eighty percent of the continent’s population. In South Africa, on 04 March 2012 – the 64th day of the year – 87 rhinos had already been killed. The math is simple enough. Illegal rhino poaching is sadly on the increase with 112 rhinos being killed in 2009; 333 during 2010 and 448 in 2011.

Rhino horn is composed of keratin. The horn is lined with mineral deposits such as calcium and melanin. The calcium strengthens the horn from within while the melanin prevents excessive damage and breakdown due to UV rays. Rhino horn is comparable to horse’s hooves and turtle beaks. 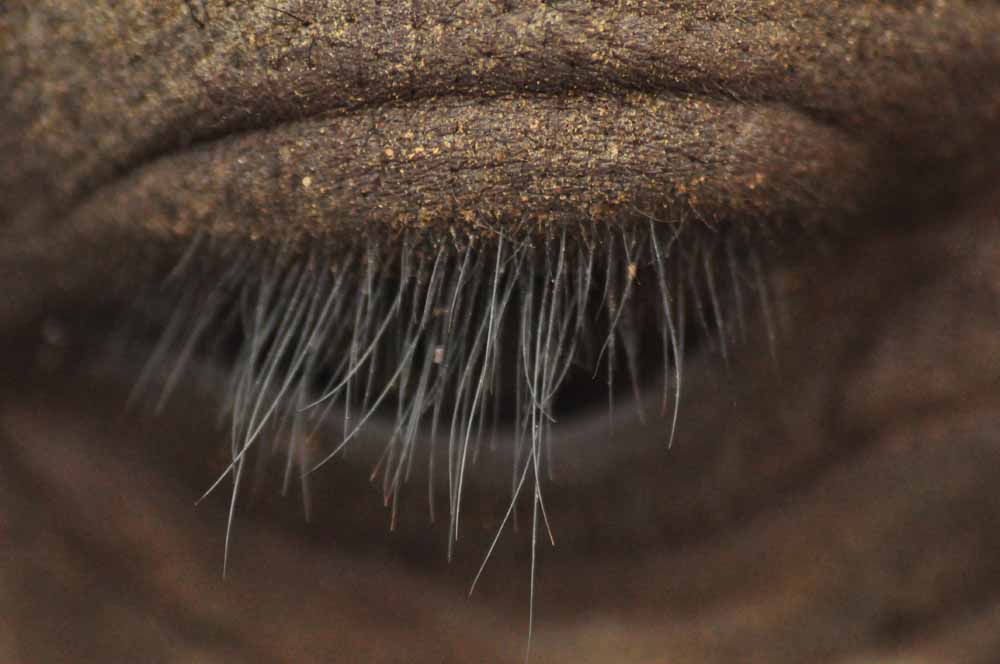 Despite the fact that rhino horn was withdrawn from the pharmacopoeia of the Ministry of Health in China in 1993, there are still fallacious superstitions, associated with Chinese Traditional Medicine (CTM), which suggest that rhino horn possess medicinal properties. Although studies conducted on lab rats at Hong Kong University in 1990 have proved that large amounts of rhino horn may have the ability to decrease fever, the amounts administered in traditional Chinese medication found on the black market are not comparable enough to produce such as effect. And these days you can take an aspirin to effectively combat a fever. The horns are crushed into a thin powder, which later may be made into a tablet form or added to boiling water. There is a widely held misconception, which may be spread by traditional healers and traders alike, that rhino horn may encourage sexual stamina and virility. Other beliefs suggest that it can cure cancer, hangovers, food poisoning, vomiting, hallucinations, may act as a possible anecdote to venomous bites and wait for it… free one of demonic possession. Although none of these suppositions have been scientifically proven rhino horns are still highly sought after. It is due to such miseducation that, according to their weight, rhino horns cost more than gold on the black market.

The main culprits that fuel the industry include Asian countries, such as: China, Vietnam, Malaysia, South Korea and India. In Yemen, rhino horn is used for the handles of daggers, which are given to young boys during their right of passage into manhood; this despite the fact that the government has banned the import of rhino horn since the 1980s.

The animals are often tracked, for what may be hours and even days, before they are darted with a veterinary tranquiliser (most commonly M99); as gunshots attract too much attention. The situation has escalated to the point that many game reserves are outsourcing security companies to help patrol the area to ensure the safety of their animals. The South African military has also responded to the call for assistance. Local governments are taking a steadfast stance in light of this environmental crisis, by increasing numbers of policemen on duty in the hardest hit areas. ‘Rhino dogs’ are being trained to aid game rangers in the fight against illegal rhino horn trading.

Poachers find themselves under intense amounts of pressure. This stressful situation results in frequent shootouts endangering those who find themselves on the frontlines of the fight to preserve the rhino. The poachers’ clumsiness is often magnified due to time constraints or circumstances, which often result in even more brutal treatment of the animals, more often than not resulting in the death of the targeted animals, which are left to bleed to death. Their utensils of choice usually include a chainsaw or axe. 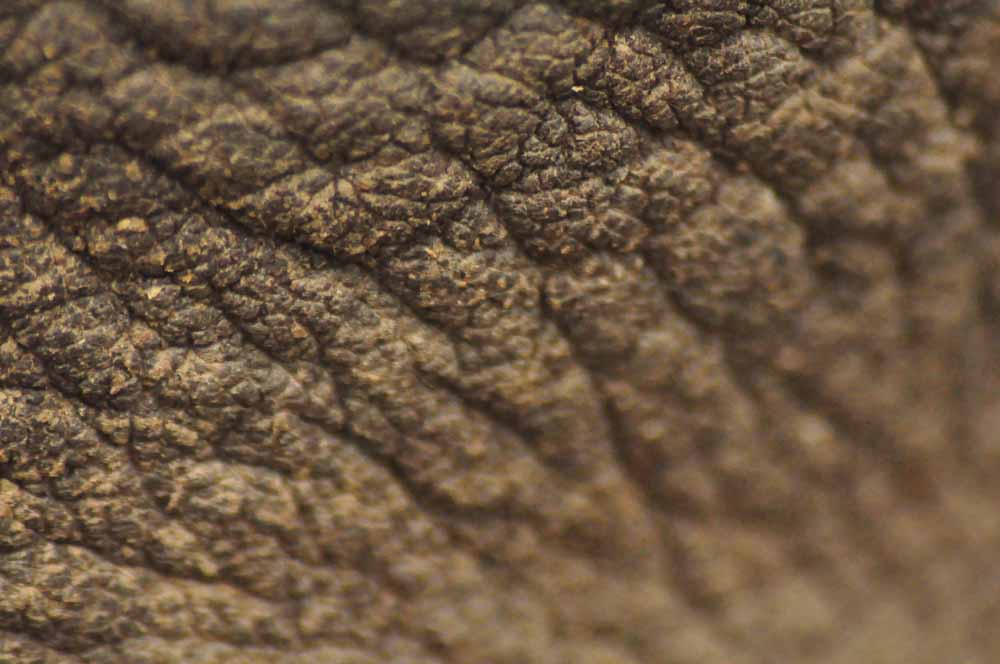 Certain game reserves and national parks have taken the risk of dehorning their rhinos in a ‘humane’ manner, if you can refer to it as that, and with medical care so as to discourage poachers from targeting these defenceless animals. Although in certain cases this practice has been somewhat effective, there have been numerous cases whereby angered poachers have shot the animals, in revenge, with the intention to kill.

The South African government is currently funding a study that will determine whether possible legalisation will decrease illegal rhino poaching. It has been suggested that the African white rhino can be profitably farmed due to the fact that its horn may be shaved off without causing any harm to the animal. Just like our nails and hair, which are also composed of keratin, the horn would grow back. The issue has sparked controversy due to the fact that black and white rhino numbers are already dangerously low and this process could pose a fatal risk to the endangered animals.

Game rangers are ordered not to disclose to guests the number of rhinos on the property and guests are asked to switch off geotagging, especially if they will be posting photographs on social media platforms. “This is a safety measure,” explained Jakes, a guide at a game park in Limpopo, as in past months members of a syndicate had checked into a nearby game reserve under the guise of guests in order to observe the park’s facilities and possible targets. Later they were caught in the act. 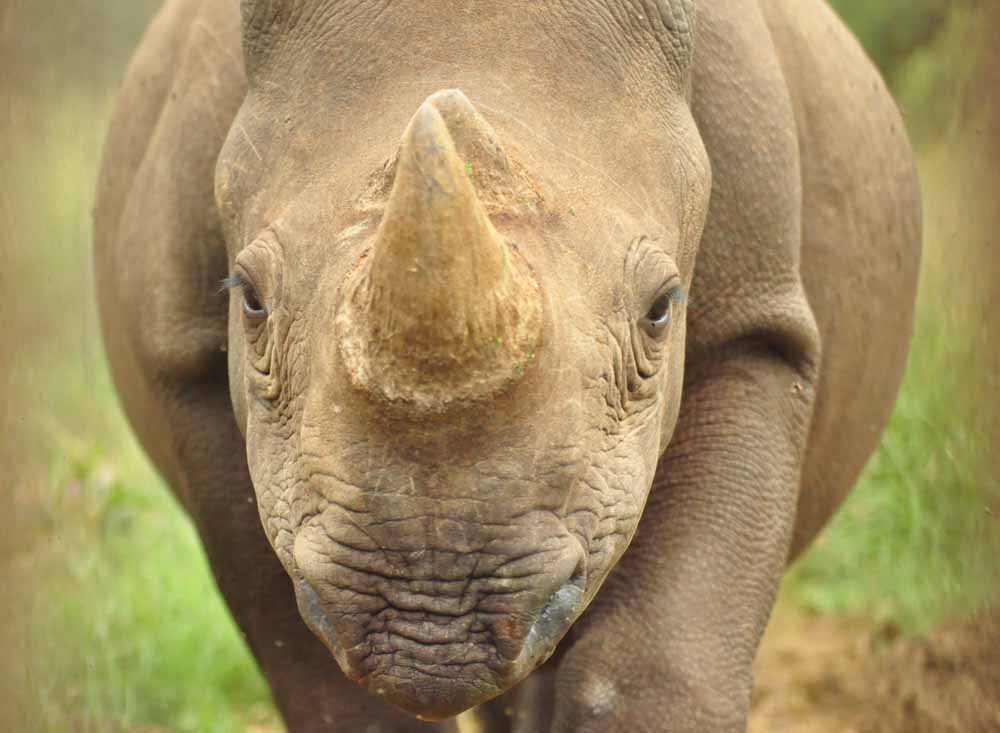 On 28 February 2012, four SANParks officials were arrested for their involvement in rhino poaching. “It is a very sad day for South Africa to find out that the unscrupulous and revolting hands of the poaching syndicates have stretched as far as to taint the hands of those trusted with the great responsibility of being guardians of our natural heritage. I am personally saddened to discover that some of our own would so callously abuse the confidence and faith that we have entrusted upon them,” said Dr. David Mabunda, the Chief Executive Officer of SANParks in a statement.

It is encouraging to see numerous notable public figures and organisations involved in the fight against the perpetuation of these urban myths, which have made rhino poaching into a multi-billion dollar industry worldwide. Their engagement in the cause ensures further public awareness and the raising of funds for the protection and rehabilitation of these wonderous creatures. Funds raised are used to adequately train game rangers and equip them with the necessary equipment and protection. Students from the University of Pretoria and local media organisations have also played an important role in disseminating the message into the public sphere and collecting donations. However, sadly during times like this, it does not seem enough. But there’s something very simple yet effective which YOU can do to help preserve the right for these animals to live more freely. Please take two minutes of your time to sign the petition at www.stoprhinopoaching.com to prevent convicted poachers from getting out on as little as R5,000 bail (approximately $646). If the severity of the punishment, when caught, is frightening enough perhaps this will help to deter rhino poaching. Also please share the link to ‘Stop Rhino Poaching’ on your public profiles to raise awareness, to make your voice heard, on their behalf.