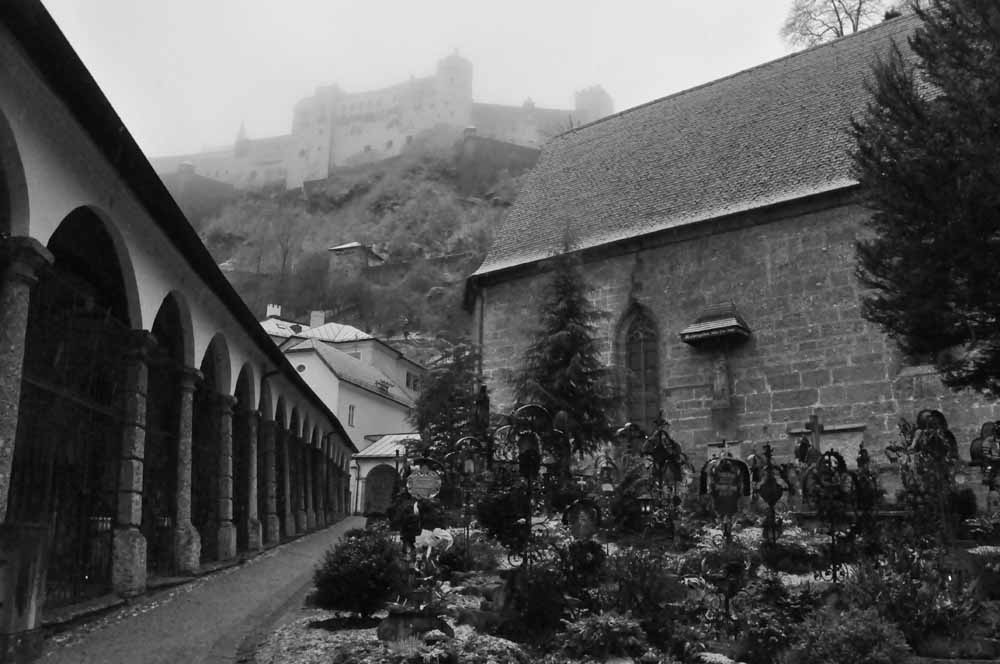 The rolling hills from Vienna to Salzburg were dotted with pastel-coloured gingerbread houses, which were sprinkled with icing sugar. Graceful snowflakes danced around me as I descended the train steps. The snow-capped Alps waved hello from a distance. The centre-ville enchanted me with its lucent lights. There are reminders at every corner that this is the hometown of Wolfgang Amadeus Mozart and the Von Trapp family from The Sound of Music, lest you forget. I am looking forward to exploring this UNESCO World Heritage City and its baroque architecture during the next  few days.

I love the perspective in this photograph. It was taken in Saint Peter’s Cemetery, the oldest Christian graveyard in Salzburg, which is the final resting place of Mozart’s elder sister. It’s well worth a visit, especially since it is believed to have been established in 700AD and the oldest tombstone dates back to 1288. To the right you can see Margarethen Chapel, which was built in 1491.

Hohensalzburg Fortress and castle can be seen quietly perched on the hill, shyly emerging from behind a veil of fog: the snow clouds had only just begun to clear.