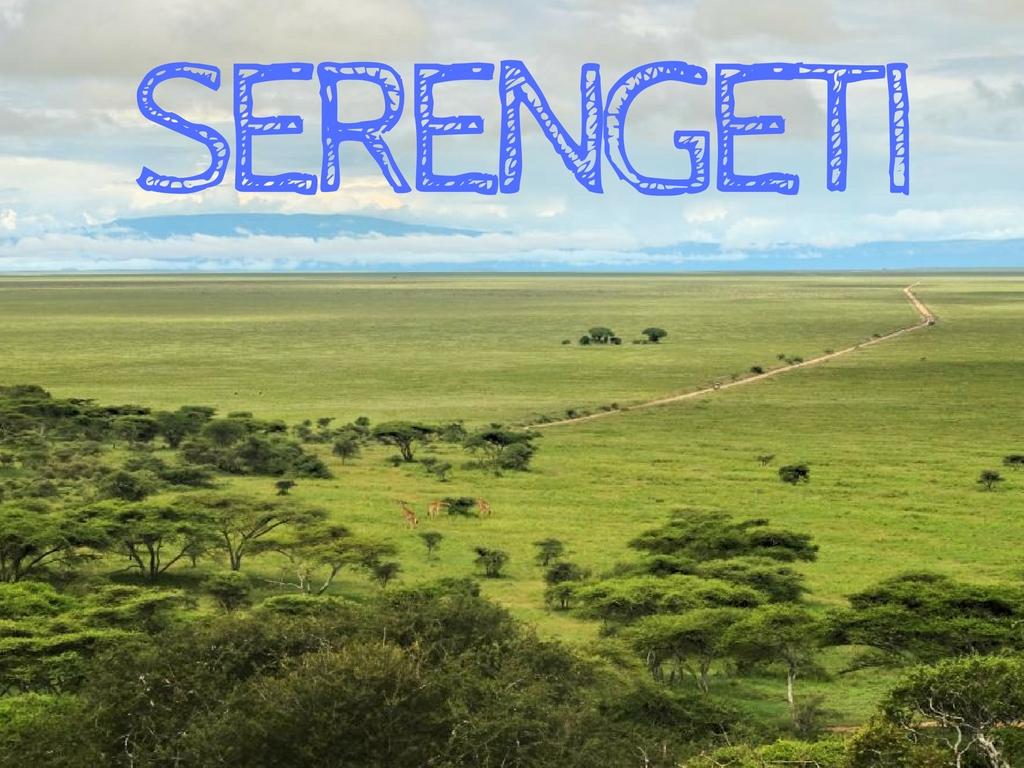 The Serengeti. It’s the safari to top off all safaris. All the superlatives you’ve heard, read and watched about the Serengeti are true. It’s not Tanzania’s most legendary national park for no reason, it’s also where you can witness The Great Migration – the seventh New Wonder of the World.

When I visited Tanzania at the end of last year, I spent time in Dar es Salaam and Selous Game Reserve, which is part of the southern safari circuit. Earlier this year, I was lucky enough to visit Tanzania once again, this time to explore the Serengeti and Lake Manyara national parks as well as the Ngorongoro Crater and Conservation Area (but more about that in future posts).

This is an extract from an article. Read it in full on my portfolio of published work. 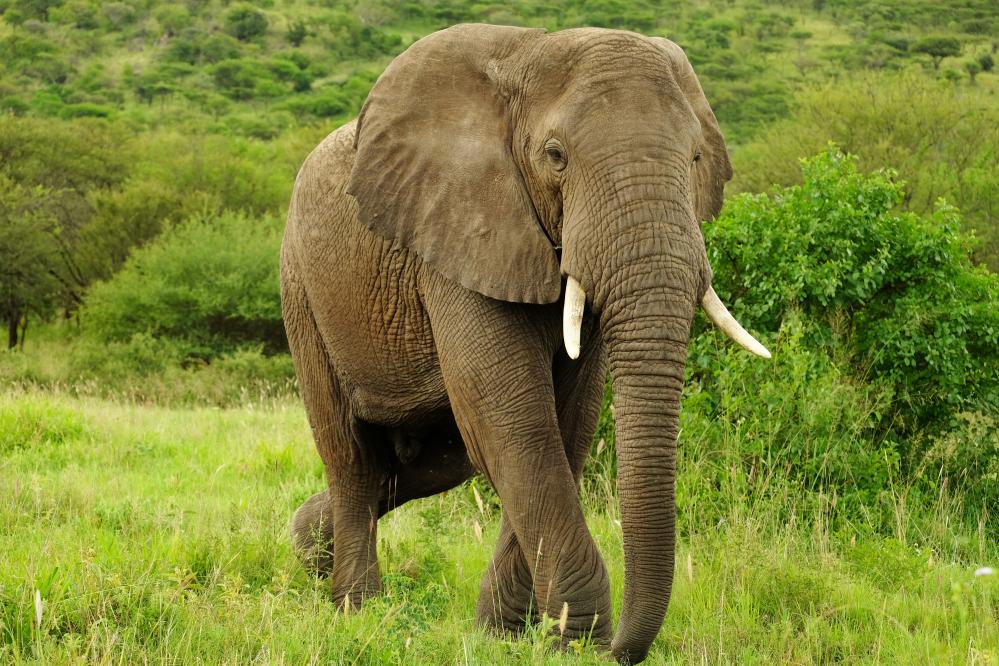 Nobel Prize winner Ernest Hemingway described Tanzania as “the loveliest I had seen in Africa”. And I’m not one to argue with Hemingway, he is after all one of America’s most-renowned novelists. Bring Green Hills of Africa and The Snows of Kilimanjaro as your literary travel companions when you follow his adventures through Tanzania’s northern safari circuit. I’m convinced that had he, like us, visited on safari in late autumn to become one with the Great Migration, he never would have left.

Safari means journey in Kiswahili. Indeed, we’re on a journey through the close to 15 000km2 expanse of the Serengeti National Park in search of some of its 70 large mammals, 500-odd bird species and smaller critters. We’re tracing the trajectory of the earth’s timeline and mapping out the ecosystem and ever-changing vegetation along Tanzania’s northern safari circuit through this wildlife sanctuary that is home to the largest concentration of wildlife on earth. 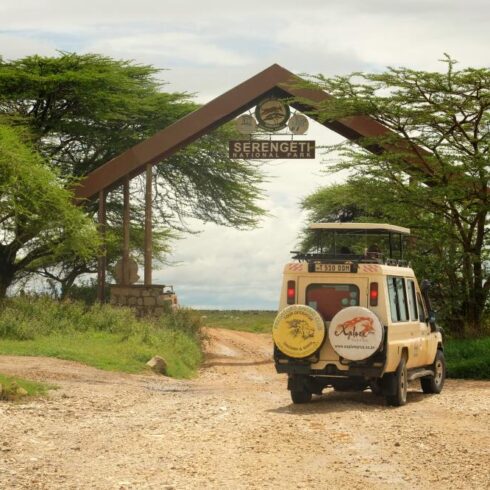 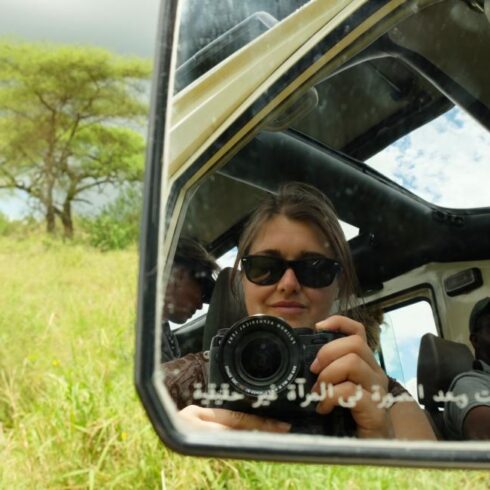 By late April, early May, the animals start moving across the symbolic border of rocks and stones and the unmanned entrance gate from the Ngorongoro Conservation Area into the Serengeti. Its name derives from the Maasai word Siringitu meaning “the place where the land moves on forever.” And indeed these plains seem to be endless as each day we discover new roads through its 30 000km2 expanse. The landscape and vegetation seem to change abruptly like a theatre set to accompany each act: the horizon undulates with scattered granite kopjes, termite mounds stay cool beneath the shade of acacias, wooded hills become acacia woodland and then riverine forests and winding rivers. 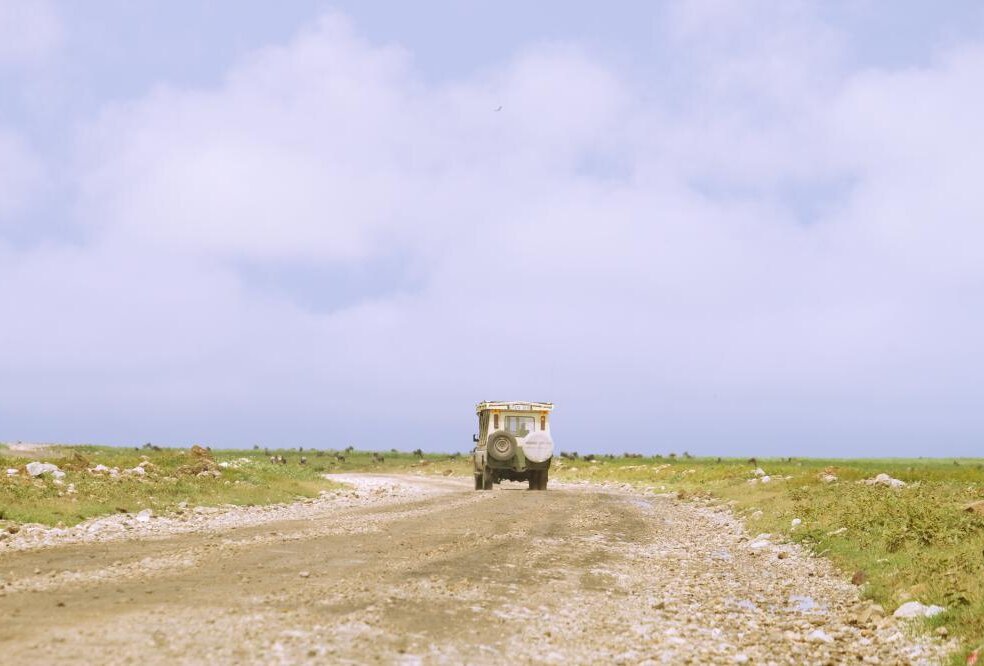 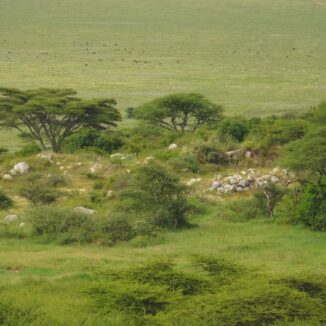 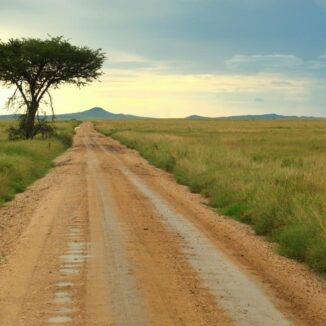 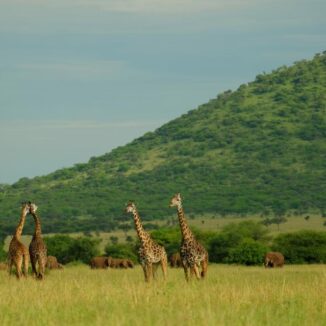 As we enter the Serengeti, golden-maned lions are sleeping alongside the dirt road, as we cross the ‘border’. A few raise their heads to investigate the sounds of our engine, clicking cameras and gasps; they flick flies away with their ears, swat the grass with their tails and continue napping. They’ve been feasting. It’s the time of plenty. Over the next four days we see many lion prides with kills and I begin to understand why this is the most famed of Tanzania’s national parks. 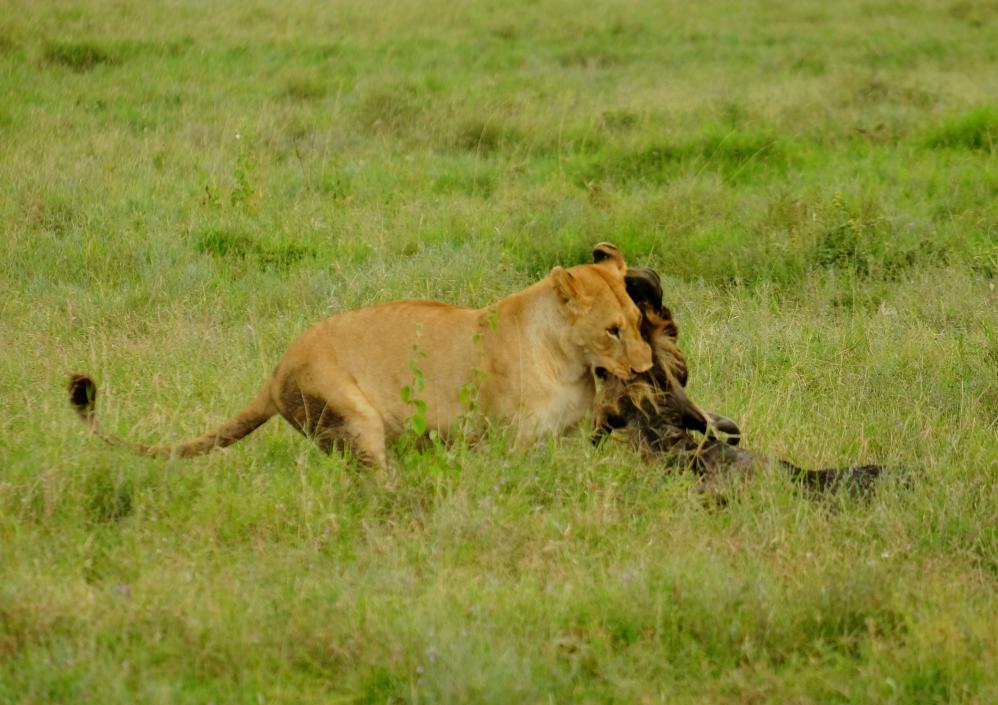 Close to two million wildebeest, zebras, Thompson’s gazelles and elands are but a few hundred metres away from the first lion pride we encounter. The wildebeest start to gather here in February for the mineral-rich soil and grass from the volcanic eruptions, before they give birth. By the time they have eaten the grass to its roots and the land dries up, the calves are strong enough to undertake the annual 2 000km loop following the rains: from the southern parts of the Serengeti along the Grumeti River, to the north western plains and onwards to Kenya’s Maasai Mara through the crocodile-infested Mara River before heading back down again. Hundreds of thousands will not make it to the Maasai Mara, fewer still will make it back. And so life and death chase each other through these Serengeti grasslands. 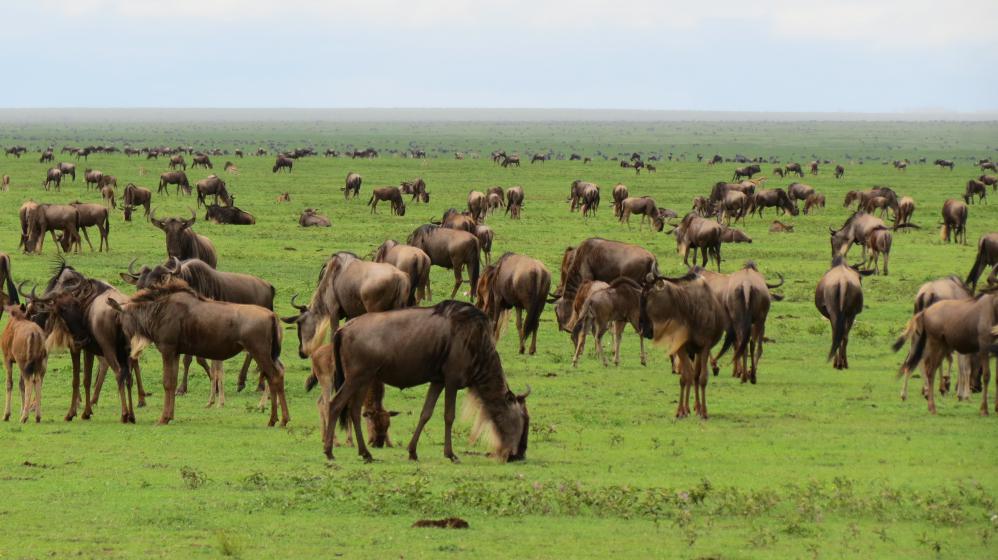 But even if you visit the Serengeti during the low season, outside of the Great Migration, you too will find lions draped over tree branches or warming their bellies on the granite kopjes; tail swishing leopards; mongooses scurrying about termite mounds; camouflaged crocodiles; herds of elephants walking around your vehicle; buffalos splashing about in mud pools, galloping giraffes; jackals on the prowl and tree-climbing hyraxes. 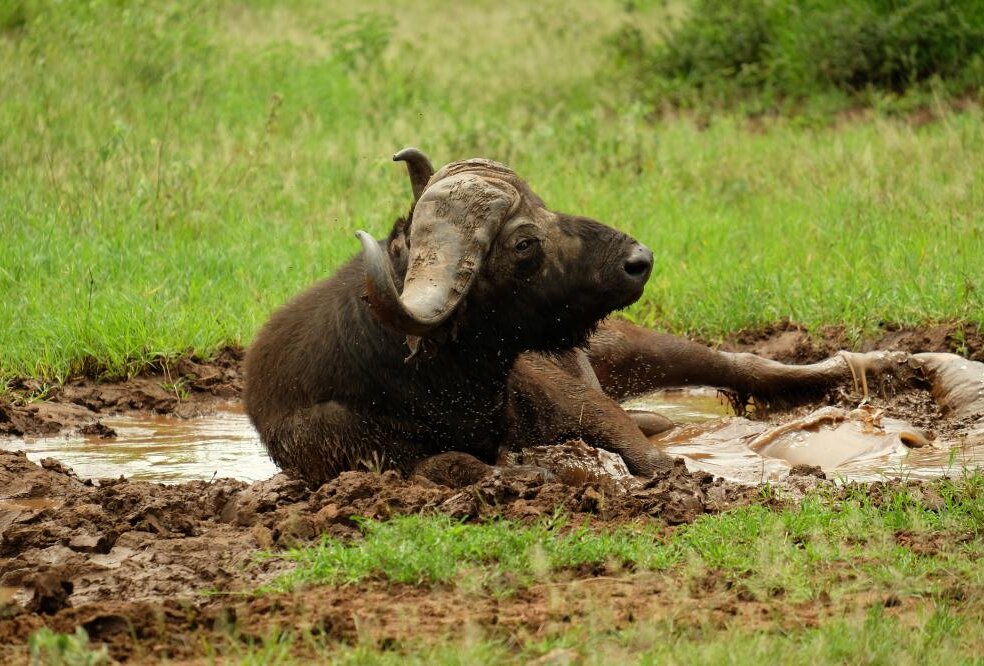 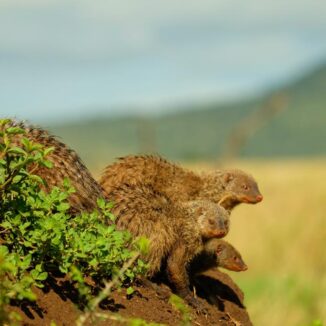 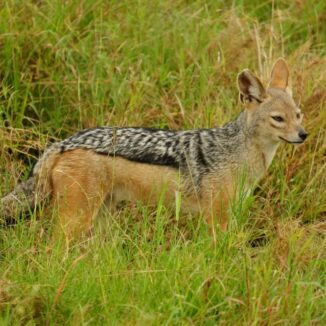 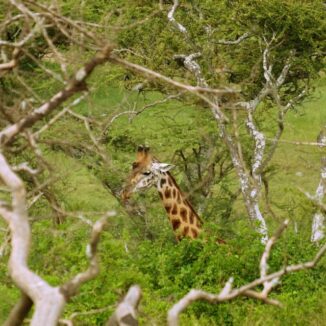 At the Hippo Pools in the northern region of the park we watched for 30 minutes as two male hippos splashed about in a playful lockjaw. They were bobbing about amidst a pod of around 50 hippos. 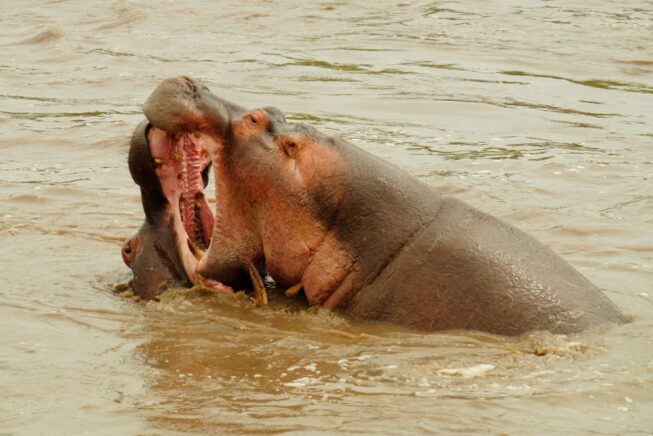 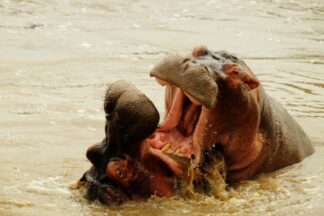 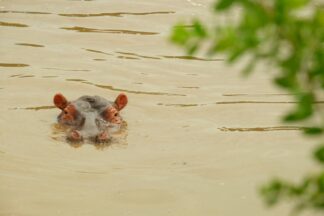 And perhaps on your visit to the Serengeti you too will see four cheetah sightings in one day – it was the first time I had seen cheetahs in the wild (well, seven of them) and from so close. 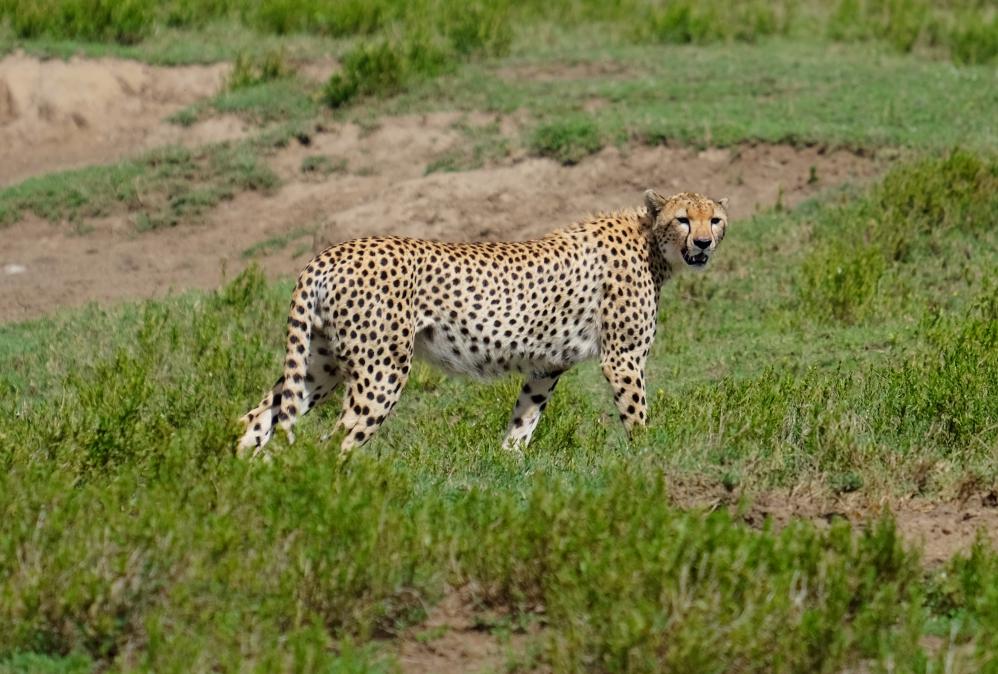 But be warned, don’t stay in the Serengeti for too long, as no future safari will be able to match the expectations set by this, Africa’s most famous. Here’ s a video by my friend Lloyd Koppel, if you still need convincing that you really ought to visit. So I’ll leave it at that.

Which was your favourite safari of all time? Please tell me in the comments below. 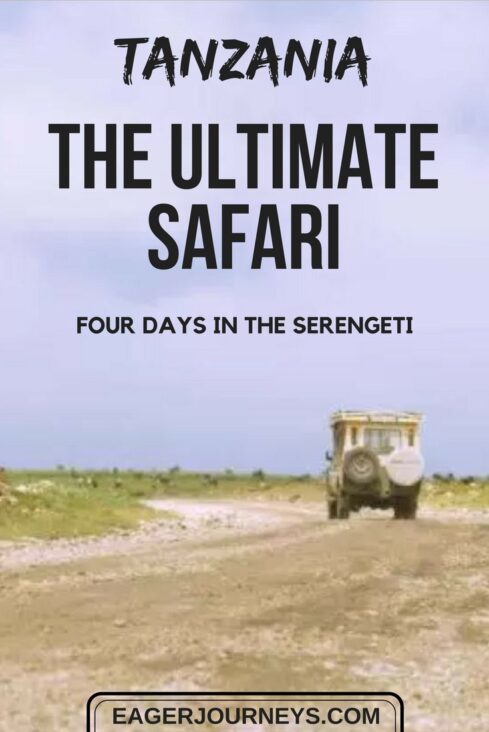 All of the photos in this blog post are taken with the Fujifilm X-T1, which I had on loan during my trip to Tanzania. I did the Serengeti Wildebeest Migration Safari on assignment, as a guest of eXplore Plus Travel and Tours. All opinions are my own. Read more of my freelance work.