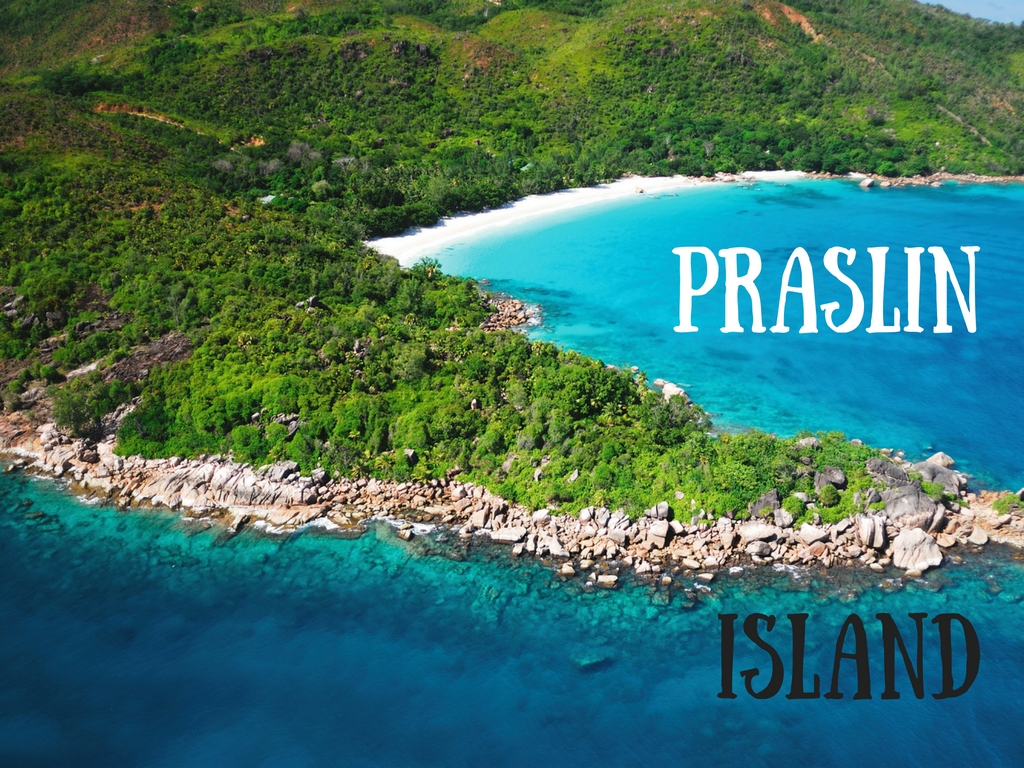 Praslin was the second of the three islands I visited in the Seychelles. Along with Mahé and La Digue, it is one of the most popular and easily accessible of the 115 islands that make up the archipelago.

From Mahé it’s only a 20-minute flight with Air Seychelles or an hour-long ferry with Cat Cocos. So while it can be visited in a day, you’d be cheating yourself of a great experience. I recommend three days, but when you see Anse Lazio beach you’ll want to stay longer! 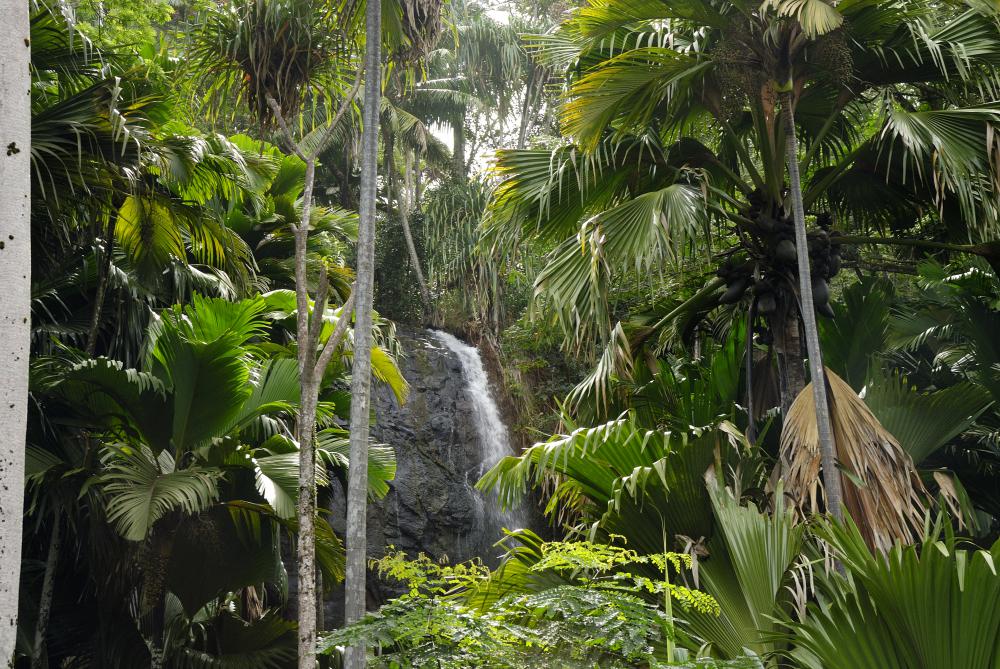 Praslin (pronounced with a silent ‘s’, because you know… the French) was previously known as Ile des Palmes (island of the palms). And it’s no surprise why as it’s perhaps best known for Vallée De Mai Nature Reserve. The UNESCO Natural World Heritage Site is the only place in the world where you’ll find the rather suggestive double-lobed nut of the female coco de mer palm, which the Seychellois call the love nut, and the male palm with its phallic looking flowers.

The female coco de mer nut is in the Guinness Book of World Records for being the world’s heaviest nut. It weighs between 15 and 30kg. Even the immigration stamp you receive in your passport on arrival is in the shape of the coco de mer. By the way, the Seychelles doesn’t require a tourist visa (no matter where in the world you live), which is really convenient, especially if you’re travelling spontaneously. 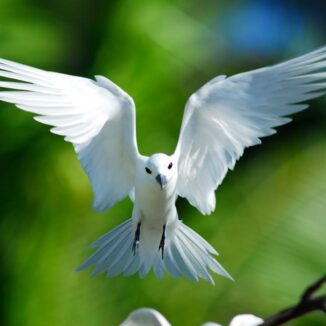 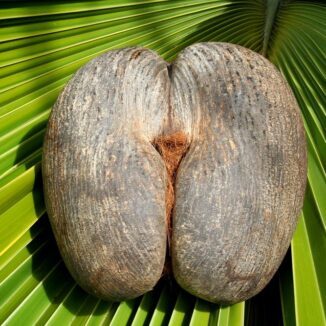 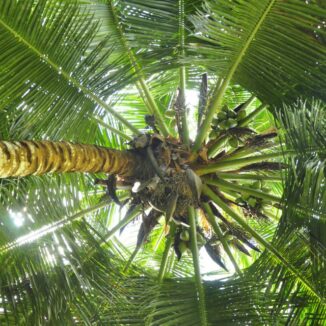 Praslin is also famed for Curieuse Marine National Park on the east coast, seen below. I stayed at Le Domaine de La Réserve Hotel, which is within the park. It is a safe haven for hawksbill turtles and Aldabra giant tortoises, which are only found on Praslin and the surrounding islets.

Researchers and conservationists studying these gentle creatures give regular presentations to interested guests at the hotel. You may even be one of a few allowed to join an organised a trip with the researches. And perhaps you may see one from a distance. At dinner I was told by the friendly hotel staff that they often wallow in the shallows of the bay. But I guess today the tropical rain storm kept them away, even though it disappeared within 30 minutes. 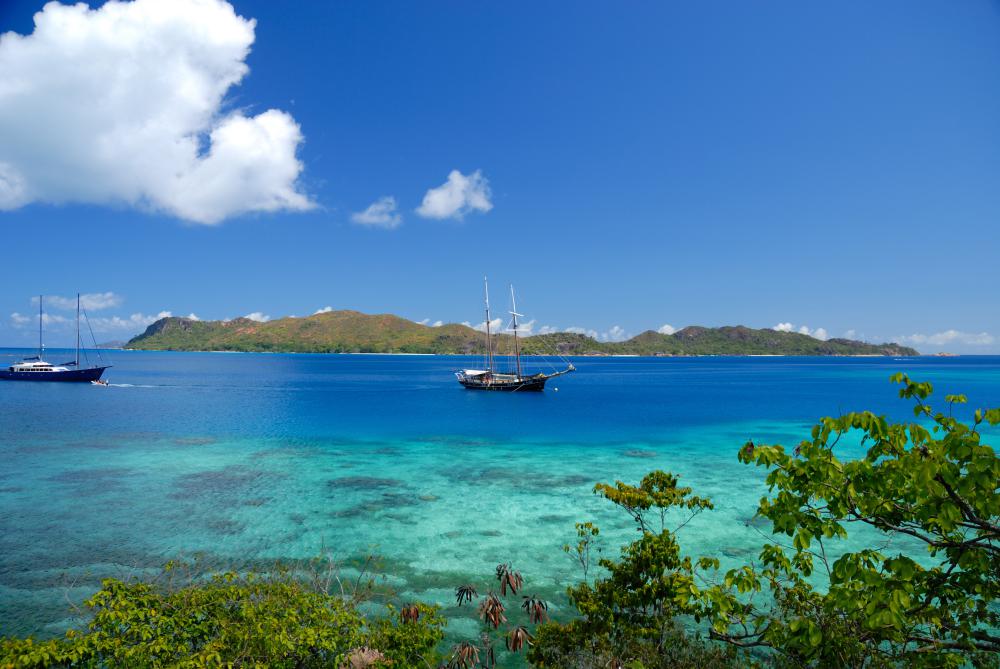 The island also epitomises the Seychelles’ conservation laws and responsible tourism practices. I wrote about that in this article. Forty seven per cent of the Seychelles’ landmass are protected marine parks and nature reserves, making it one of the world’s top 25 biodiversity hotspots. It’s a highlight for nature lovers and responsible travellers. Thirteen species and 17 subspecies of birds, such as the Seychelles Paradise Flycatcher and the rare Black Parrot (which is actually brown), can only be spotted here.

If there’s only one beach you visit on the island let it be Anse Lazio in the northwest. Trust me, you’ll want to come back every day thereafter. It’ll only take you a minute to realise why Lonely Planet called it the best beach on Praslin and thinks it’s one of the top beaches in the island nation. The photographs say it all, or rather shows it all. 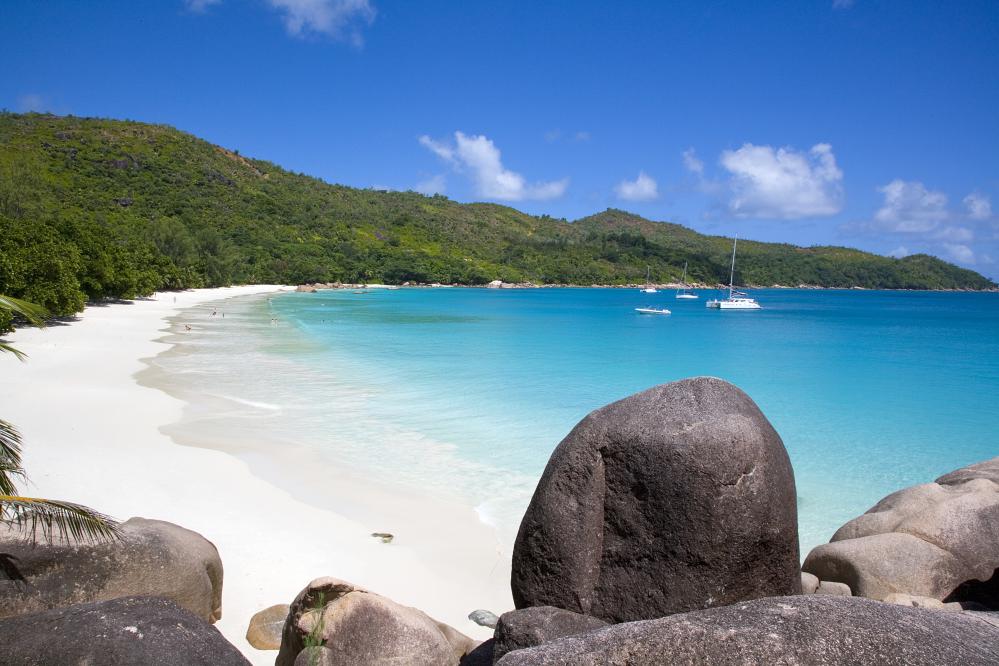 Praslin is also a springboard for a day-long island-hopping expedition with Creole Travel Services aboard the Oplezir catamaran. Many people, who only have a day to spend beyond Mahé, choose to visit neighbouring Sister, Coco and Felicite islands in this way. I sleep off the seafood barbecue in the sun on the catamaran’s trampoline as we make our way from one island to the next. Later I walk it off on the beach. While snorkeling near Coco Island, under the watchful eye of the crew in a speedboat, we briefly swim with hawksbill turtles. Afterwards the Moorish idols, sweetlips, angel, butterfly, and parrot fish keep us company in the warm waters. 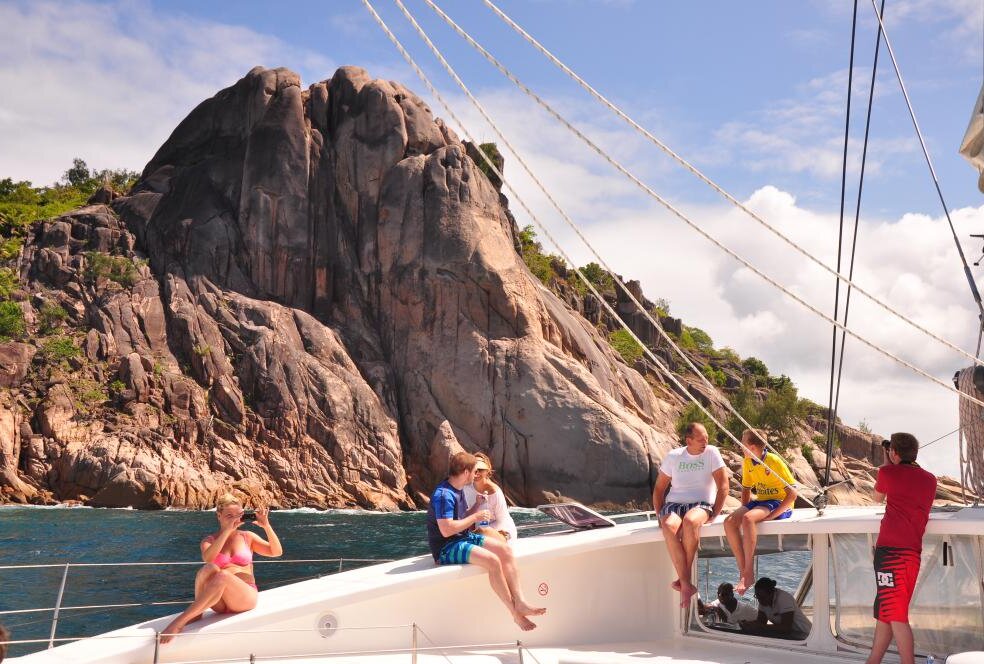 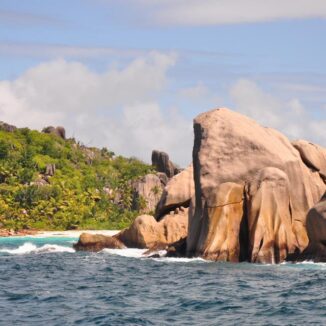 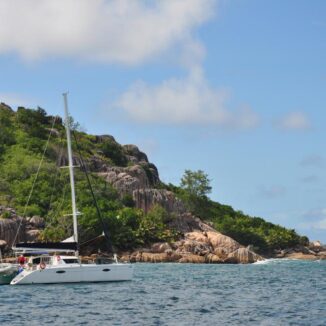 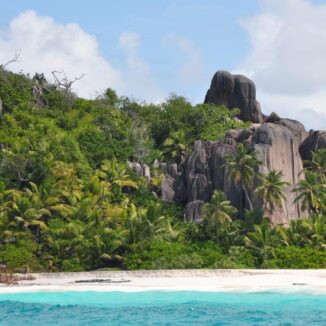 Have you ever seen white beach sand like at Anse Lazio? If so, please tell me where in the comments below, because I want to go there next! ;)