Tea was introduced to South Korea from China, around the 7th century — during the late Silla dynasty. Perhaps because it was served on a daily basis it was taken for granted. However, recently there’s been a resurgence of interest in the intricate tea ceremony known as darye. As the interest in tea has grown in recent years so production has increased. This revival has led to the re-emergence of tea houses. Not only do they impress with their wide selection of hot and cold teas and traditional punches, but they also allow for a break from the fast-paced Korean lifestyle, in an aesthetically pleasing and ambient atmosphere.

Although in recent years coffee shops can be spotted on almost every corner, tea houses have been making a comeback since the early 20th century. This is due to the Venerable Hyo Dang, Ch’oi Pom-sul: the celebrated Korean Tea Master. Teas are often served with rice cake (tteok), biscuits and light snacks, depending on the establishment. It’s no surprise as to why it is so popular. Not only is it delicious, but it also wards off fatigue, reinvigorates the mind and body, and has medicinal purposes. Grains, fruits, herbs and nuts are also used to add flavour and infuse it with healing properties. 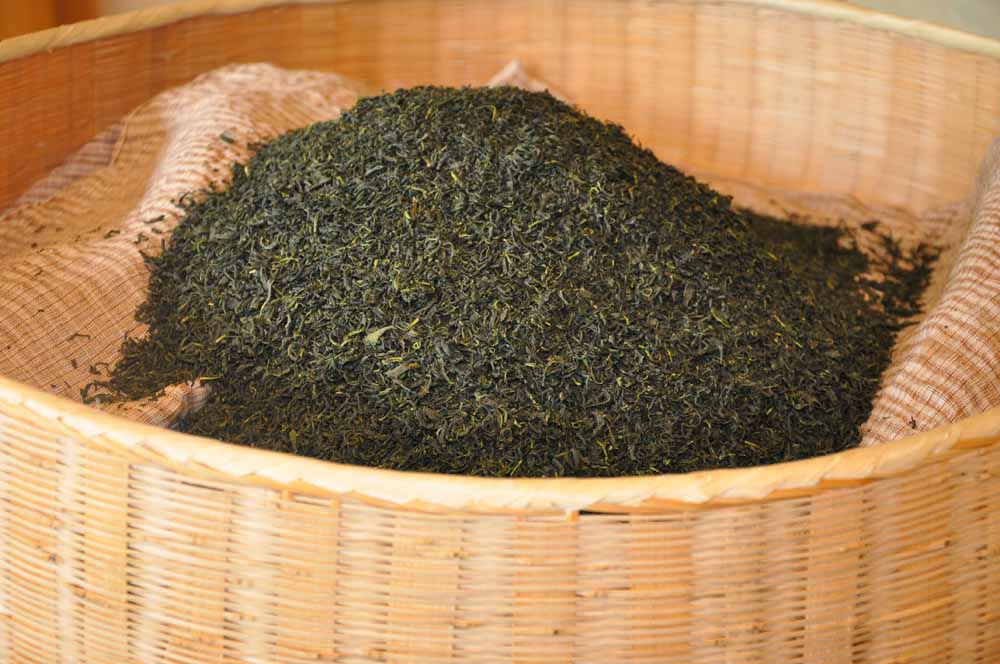 Buddhist monks promoted tea for its ability to inspire alertness, which aids in the meditation process. Korean Buddhists still believe that it evokes four kinds of thoughts, namely: peace, respect, purity and quietness. Tea is usually served in stoneware or ceramic mugs, which remind one of times gone by. The hostess will pour the tea from a distance above into a warmed cup in an attempt to create bubbles, which are said to create good luck for the drinker.

If you have the opportunity, visit the manicured tea plantations, which are spread across the terraced slopes in the southern regions of South Korea. Arguably the most widely visited tea-producing region are the coastal hills of Boseong in Jeollanam-do. They are believed to produce the highest quality leaf. Tea is also cultivated on the slopes of Jiri-san in Hadong — which is host to the annual Wild Tea Cultural Festival — as well as Mudeung-san in Gwangju and Halla-san on Jeju Island. In autumn the bushes are covered in small white flowers, which are a sight to behold.

The Moon Bird Thinks Only of the Moon Tea House

Dotted among the traditional Korean curio shops and art galleries of Insa-dong you will find numerous tea houses, old and new. The information centres on either end of the main street are very helpful and provide information about and directions to tea houses in the nearby vicinity. One of my personal favorites is Moon Bird Thinks Only of the Moon tea house. With a quirky name such as this you are in for a pleasant surprise.

The rustic atmosphere captivates one upon entrance. The earthy colours evoke tranquility, while the natural environment lends itself to relaxation as you hear the water features in the background and sit cross legged beneath the skylight. This magical family-run establishment seems to be seeped in antiquity. Dry corn cobs, lanterns and pot plants hang from the walls and in each corner. It serves a variety of hot and cold teas, which start from KRW6,500. Helpful English translations and pictures are provided. Their most popular tea is omija cha: a five-flavour berry tea, which combines a bouquet of sour, spicy, sweet, salty and bitter flavours. Locate it on your left hand side, at the end of the side road directly to the right of Ssamziegil Mall at 60 Gwanhoon-dong, Jongno-gu, Seoul. Or contact them on 02-720-6229. 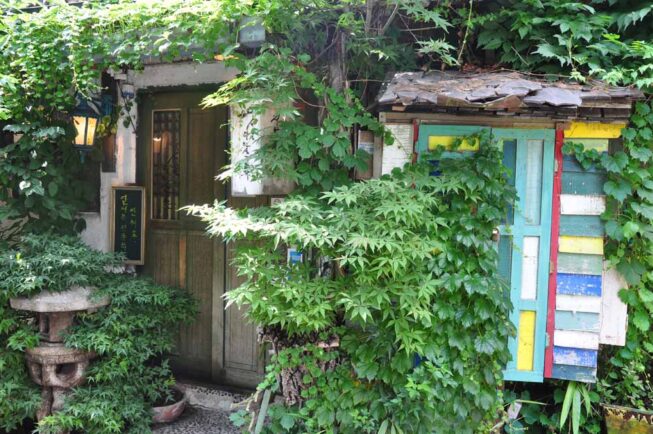 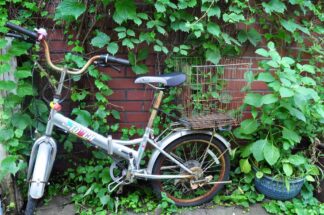 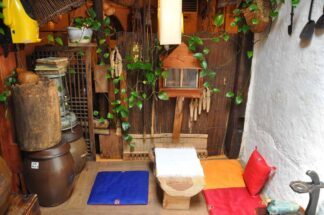 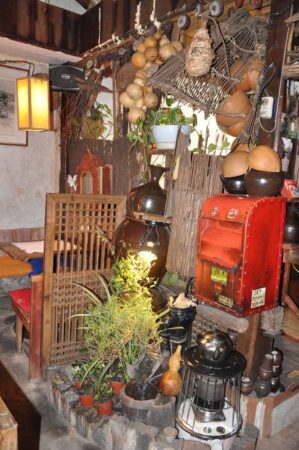 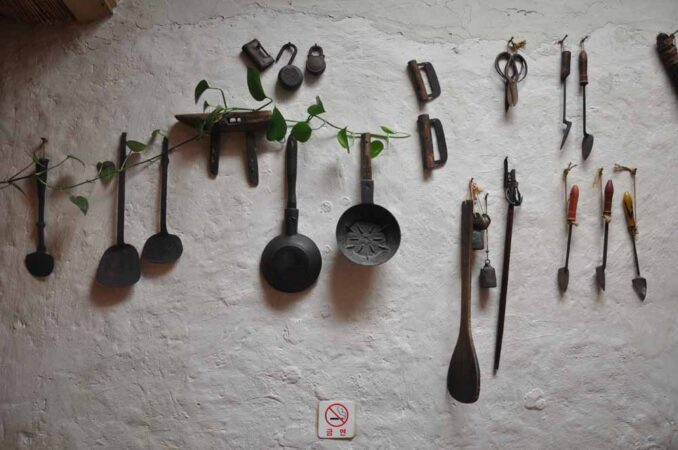 If you’re looking for something more modern, O’Sulloc tea house is your best option. Although the Insa-dong branch only opened recently, in March 2010, this franchise has finely crafted its trade over the decades. Their plantations have been situated on Jeju Island for over 30 years. O’Sulloc epitomises the modern tea drinking culture in South Korea. It’s very spacious and filled to the brim with customers. The gift shop is on the first floor. Here you may also buy tea sets, green tea cosmetics and witness the roasting process, if you’re lucky. Their most popular blend is Wedding Green Tea: a green tea base with a blend of marigold, rose and corn flower. The tea house and bakery is on the second floor. And a premium business lounge is on the third floor. I would highly recommend their best-selling item on the menu, Freddo Green Tea, which is a refreshing green tea ice-cream milkshake. Items on their menu begin from KRW8,000. You may visit them online: www.osulloc.com for further information. Find them on the main street in Insa-dong at 170 Gwanhoon-dong, Jongno-gu, Seoul. Or contact them on 02-741-5461. 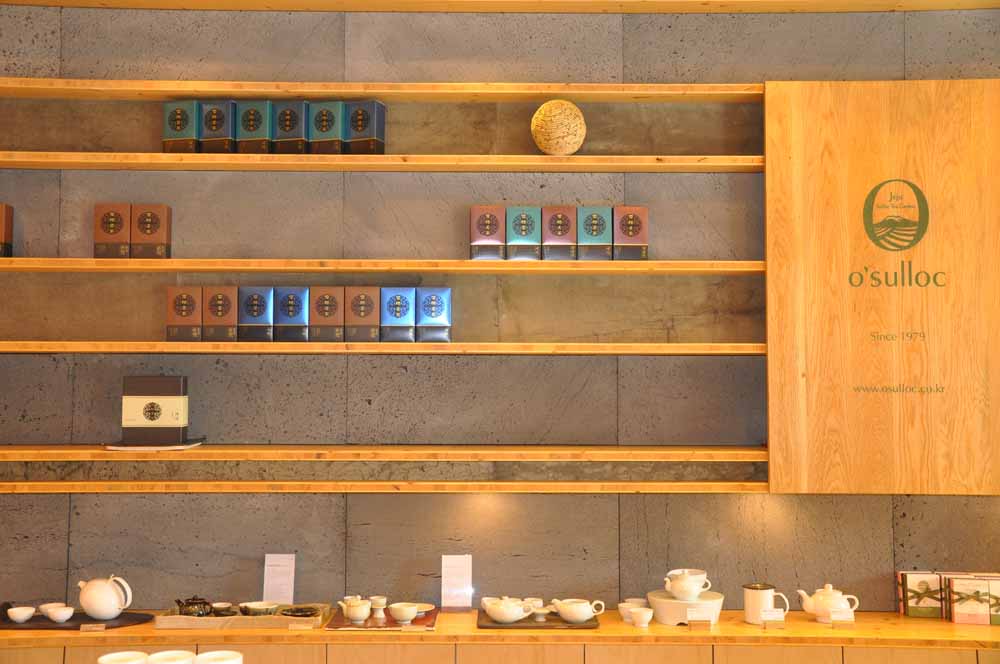 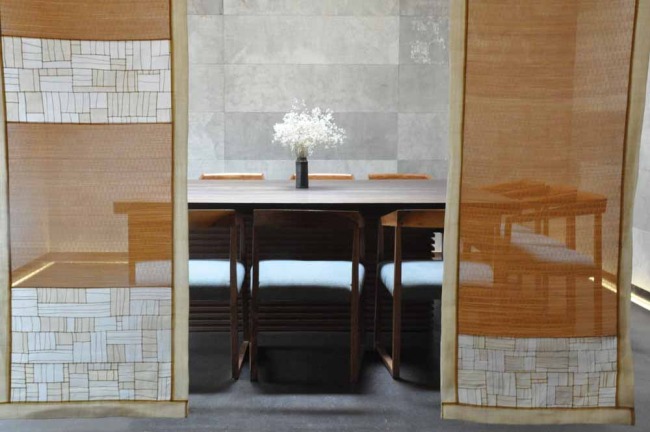 When brewing green tea at home ensure the water is slightly cooled because boiling hot water extracts a bitter taste from the leaves. Remember: you are never too busy to have a refreshing cuppa.

A quick guide to the most popular kinds of Korean tea.

My personal favourite is Daechu cha made from Korean red dates. It is recommended to aid asthma, anemia or delay the aging process. You can purchase the red dates at your local supermarket and brew them in hot water. You may add some grated ginger, cinnamon, lemon and honey for added taste.

Gotgam cha: is made from dried persimmons and is simply delicious.

Saenggang cha: Ginger tea is taken to aid digestion and blood circulation. It also helps soothe colds and the flu.

Yuja cha: citron tea that may be combined with honey and ginger, enough said.

Insam cha: ginseng tea is quite popular in South Korea.

Mal cha: is a processed powdered leaf made from various pickings.

Bori cha: made from roasted barley.

Oksusu cha: made from roasted corn, this is not my personal favourite, although it is quite popular among Koreans.