The road to animal exploitation is often paved with good intentions and ignorance. If you’re considering volunteering in South Africa at a legitimate wildlife conservation project that’ll mean getting your hands dirty and no interactions with wildlife. 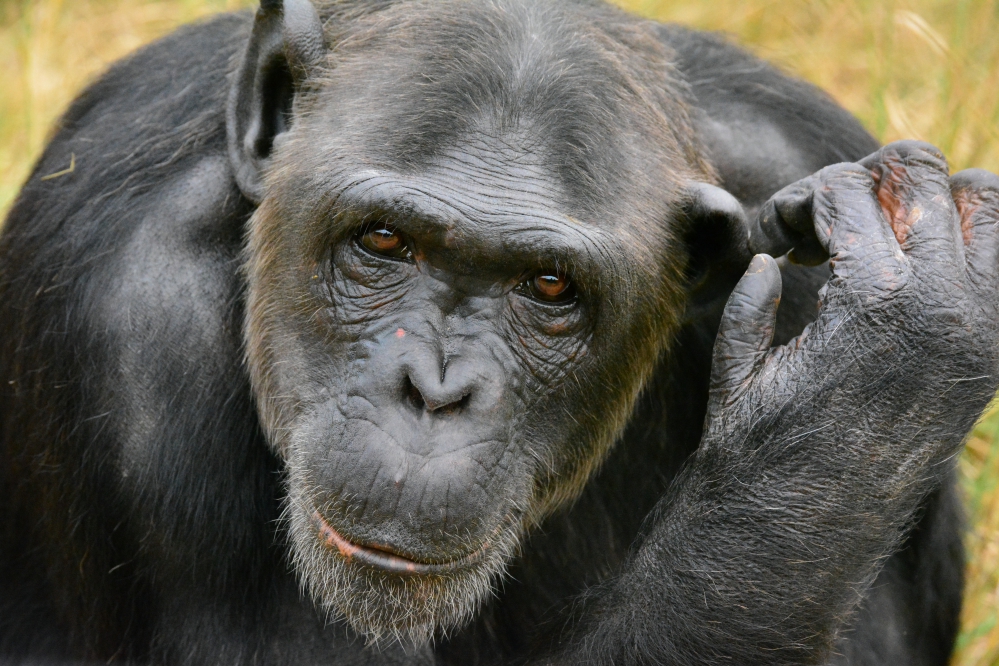 This article was featured in Khuluma Magazine. Read it on my portfolio of published works.

A sure way to get hundreds of likes on your latest Facebook profile or countless matches on Tinder is to post photos of yourself with animals, be they tame or wild. You can even skip the Tinder intro because nobody is going to read it when you’re cuddling a lion cub, better yet something more exotic like a baby tiger. It seems that seemingly domesticated wild animals garner the most attention – whether you’re taking a selfie, stroking their coat or walking synchronously with a lion’s gait, that’s the stuff that likes and swipe-rights are made of.

Each year thousands of bright-eyed and bushy-tailed volunteers stream in from around the world to join South African volunteers to give their time and skills to help conservation efforts. Give them the choice and many will come off the plane, jet lagged with sweaty armpits and go straight to cuddling those cute little lion cubs they saw advertised in the brochures and online.

It seems that in many cases the road to animal exploitation is paved with good intentions. And ignorance. Just ask anyone in legitimate conservation, who’s educating people against the many captive-breeding programmes that masquerade as animal sanctuaries or rehab centres, while fuelling canned-hunting excursions and the illegal trade of wildlife parts. Many people who genuinely want to contribute towards conservation efforts by volunteering in South Africa and elsewhere in the world (and pay a hefty sum to do so) are often unaware that one begets the other. 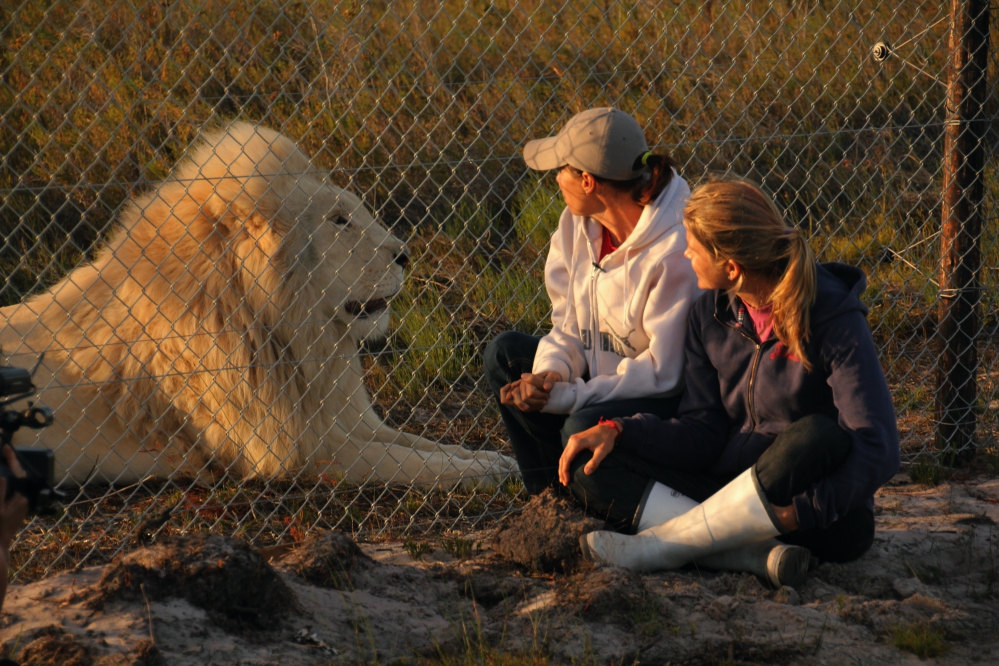 “A true sanctuary does not offer interactions (cub petting or walking with big cats), breed with any big cats and does not sell or trade their animals,” says Panthera Africa co-founder Lizaene Cornwall, who also started out as a volunteer. “If the facility is ethical they will function according to these three rules.”

Predatory cats are under the biggest threat of exploitation in South Africa when it comes to volunteering and petting parks that allow for animal interactions. I’ll admit that years ago I used to cart off my pleading international friends for a visit at commercial petting park before I understood that those lion cubs only have a six-month shelf life. Once they become too big they are replaced with new litters of cubs (like a factory farm, in a sense). More often than not, these lions are sent to a retirement enclosure to live out the next 20 years of their lives, if they are lucky. Otherwise, they’re sent into captive-breeding programmes or sold to zoos.

These ‘humanised’ lions have lost their natural fear of people, which makes them ideal candidates to be sold to commercial game reserves for canned lion hunting, whereby they are either tranqualised, confined and fenced into a small space so they cannot escape, or are lured with food so the hunter can take aim. This has given rise to the term ‘bred for the bullet’. Some argue that it protects wild populations of lions (their numbers are around half in comparison to captive populations) from being shot. Once the trophy hunter has what he came for, the game reserve owners often also sell the bones to a third party, who sell it to the Traditional Chinese Medicine market to make tiger wine, which is believed to cure various ills. 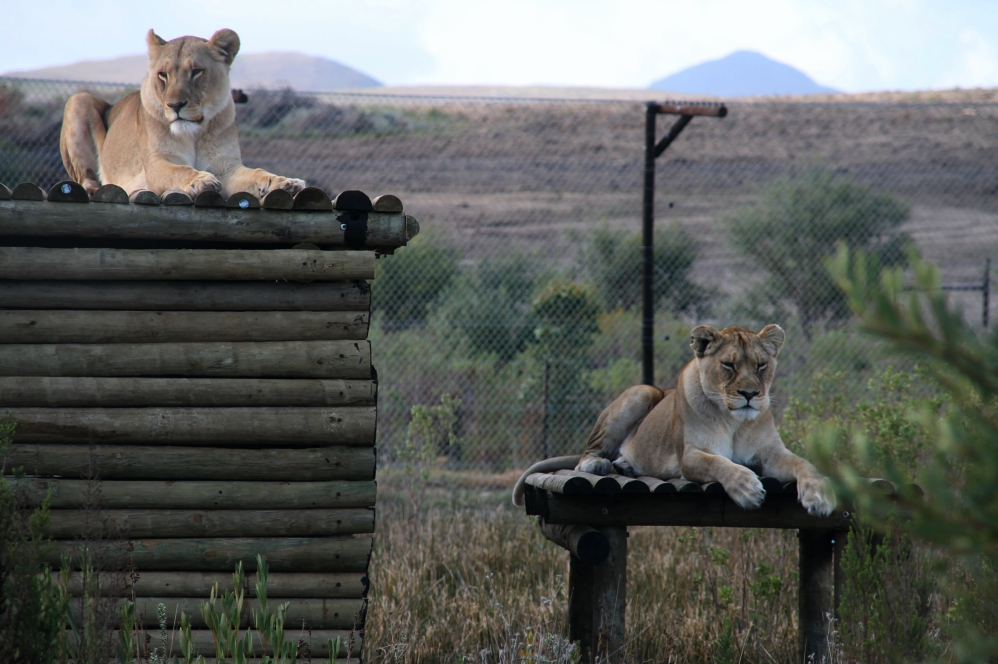 “People who have come to do volunteering in South Africa (or anywhere in the world) don’t always know what’s happening behind the scenes,” says Cornwall. “The stories they’re told are untrue. Breeding in captivity has no conservation value as these animals cannot be released into the wild. They’re told the facility breeds to ensure a gene pool for the species, so they don’t become extinct or to help endangered species survive. Most of the gene pool in captivity is compromised as a lot of these facilities have no studbooks or records and breed siblings or family members with each other.”

If your heart’s in the right place, be aware that many seemingly above-board volunteer organisations register as non-profit organisations or add a heart-yanking title like ‘sanctuary’ or ‘rehab centre’ to their names. Sometimes that’s not a good indication of whether they’re legitimate. Use the internet and social media to do careful research and opinions from others that have volunteered at the organisation you’re eyeing.

“Volunteering with us is not always what people have in mind for the African experience,” explains Jana Swart of the Jane Goodall Institute Chimpanzee Eden, which cares for 33 chimpanzees rescued from the illegal bush meat trade, circuses or being kept as pets. “It involves no physical interaction with the chimpanzees, not even the staff enter their enclosures as they are wild and dangerous animals.” 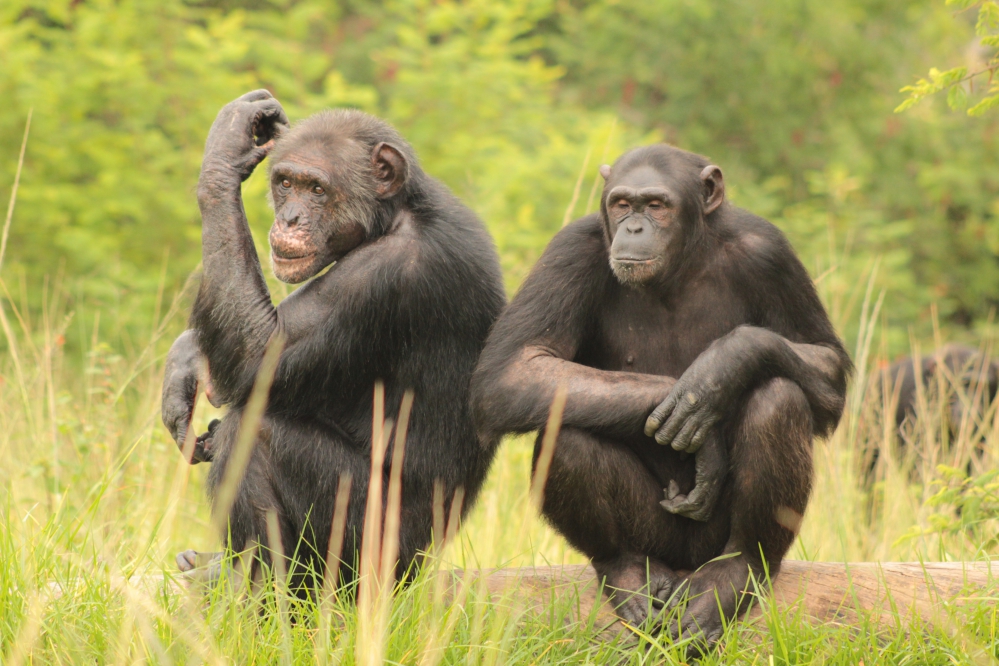 In reality volunteering in South Africa at a retirement sanctuary where the animals have been saved from mistreatment often involves scrubbing smelly enclosures, preparing food, general DIY and other unglamorous stuff – the kind you never see on promotional brochures.

So, what kind of questions should you ask of a wildlife volunteer programme if you’re serious about getting poop under your nails in the name of animal conservation? When it comes to so-called rehabilitation centres – as some animals, like birds, are able to be released back into the wild unlike human-imprinted lions – the National Council of SPCAs advises: “For rehabilitation facilities the main question is if the animals are released. If the rehabs are holding permanent animals they’re not true rehabs, as the permanent animals are often held back for volunteer programmes. Most facilities with captive wildlife, who offer hand-rearing and direct interaction, are a commercial endeavour and not for conservation.” 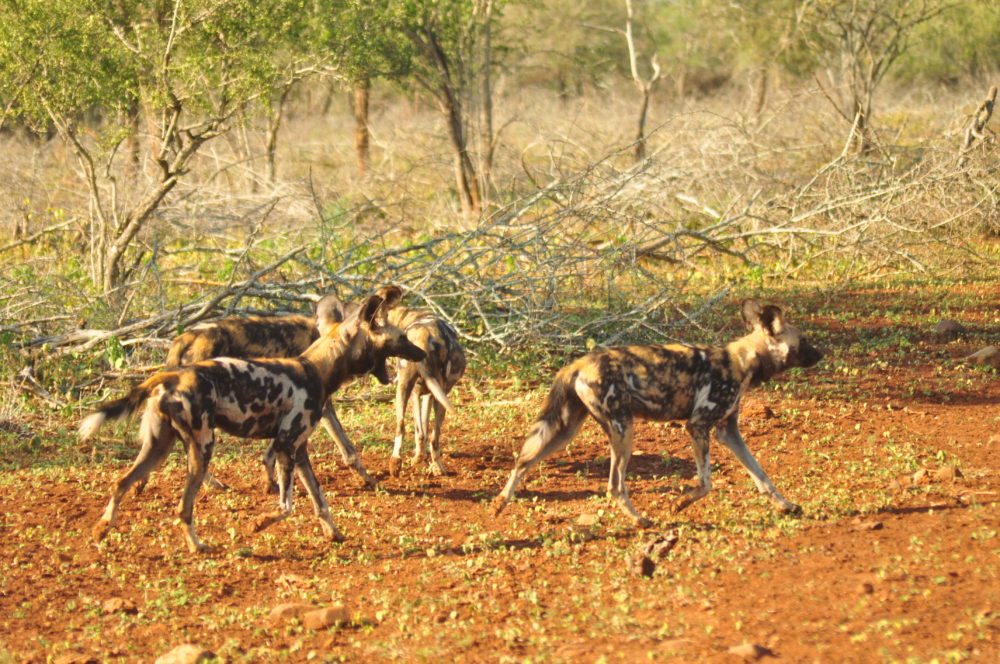 “I did a lot of Googling about volunteering in South Africa. As there are so many companies, choosing the right one was hard. I was looking at the price and where the money goes. Wildlife Act seemed the best,” says 22-year-old Natalie Phillips from Scotland. “I feel I have contributed, as there’s a lot of snaring, so it’s really important for us to find the endangered Wild Dogs we’re tracking every day,” she continues.

Twenty-five-year-old Nina Danes, a Master’s graduate in wildlife conservation from the UK, who spent six weeks volunteering with Wildlife Act advises: “Think it through properly. Look at what they’re doing and make sure you’re actually doing conservation work. A good and reliable company will get back to your promptly and will answer all questions regarding what happens to the animals. I could see it was well thought out. Wildlife Act even sent us a reminder saying, ‘This is hard work, not Disneyland!'” 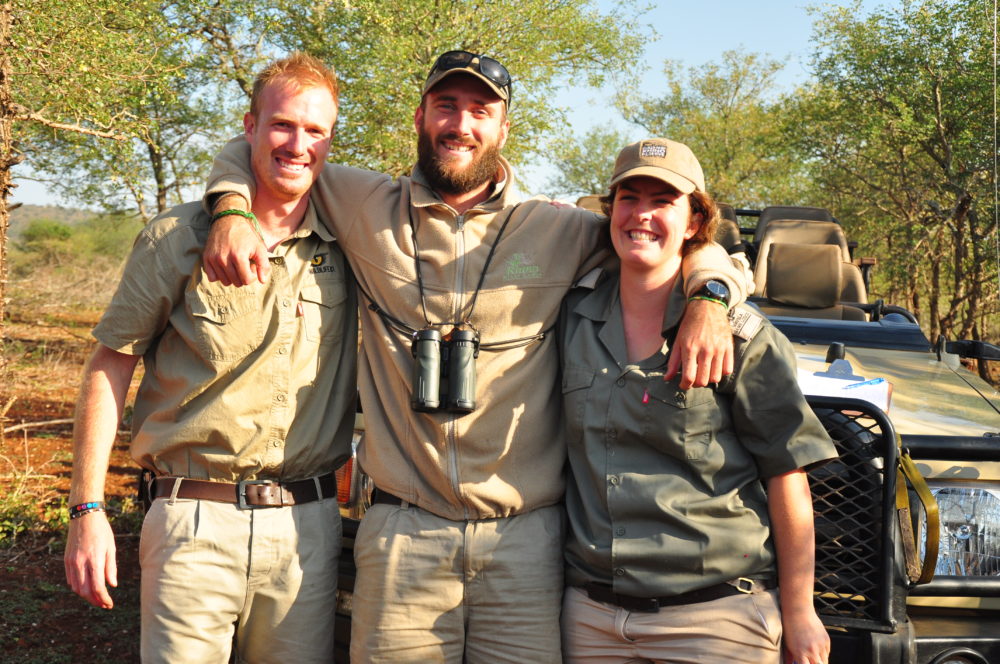 The best information on ethical volunteering in South Africa and the rest of the continent can be found on Volunteers in Africa Beware, Bloodlions or Canned Lion. Also check out these legitimate and ethical options.

Questions you should ask a volunteer programme

Are you FairTrade Do you breed animals and why?
Do you allow public interactions with wild animals?
Do you hunt on your property?
What do you do with the surplus of animals?
Do you sell/trade your animals and if so to who/which organisations?
How is the money I pay to volunteer allocated across the project?

South African travel bloggers – spearheaded by my dear friend Louise De Waal of Green Girls in Africa – are trying to champion animal rights by educating their readers about why interactions with wild animals do not make for responsible tourism. Follow the campaign online via social media platforms.

I spoke on Radio 702 about responsible tourism, you can listen to it by following the link.

Have you ever volunteered? Please share your experiences with me in the comments below. 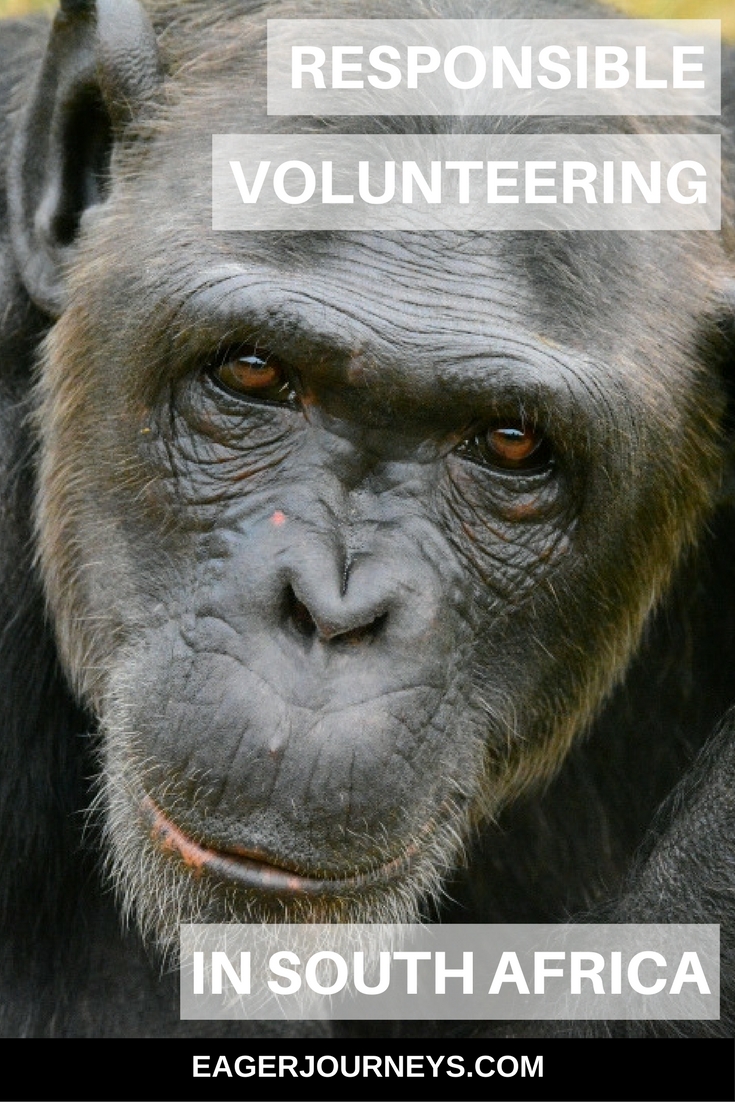