The 63 Building – which is part of 63 City or 63 Square – is possibly one of South Korea’s most recognisable skyscrapers. You can see its golden glisten as you cross the Han River on the subway. It was the tallest building outside of the United States of America when it was completed in 1985 on Yeouido Island. From the elevators you can observe the ground sink below, as though you’ve strapped on a jet pack. Standing at 249 metres, visitors experience a bird’s eye view of Seoul as it scuttles below. The most prominent features on the horizon are Seoul Tower located on Namsan, as well as Bugaksan and Gwanaksan mountains in the distance. Jet skis by day and river cruises by night can be seen passing beneath the numerous arch-backed bridges. I need not mention that twilight is the best time to visit. It provides an ideal opportunity to take photographs during the daytime, the sunset, and as the city is illuminated by twinkling fireflies.

The world’s tallest art gallery is on the 59th floor, as well as an observation deck known as ’63 Golden Tower’ from which I took these photographs. You can eat at either of the two restaurants on the 58th and 59th floors, which provide a romantic view over the city. However, this is not the only thing that makes 63 Building so popular among its visitors. It also houses a shopping mall with 90 stores and an Imax theatre, which caters to tourists with translations available in English, Chinese and Japanese. If you have children do not forget about 63 Sea World, where they can press their noses against 80 aquariums. Ask about the times of their seal and diver shows. Children will also enjoy the wax museum.

63 Building provides its visitors with entertainment and recreational activities as well as business facilities at their convention centre. It’s open seven days a week and can be visited on Mondays when many other tourist attractions are closed. Be sure that you go on a sunny day! 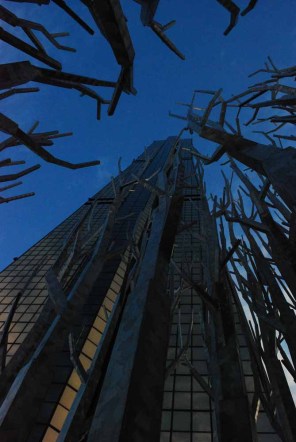 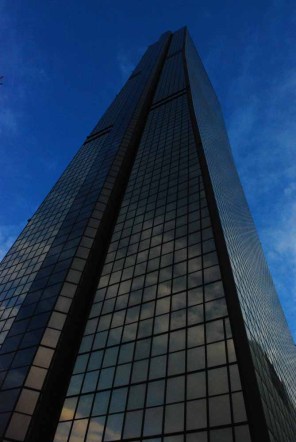 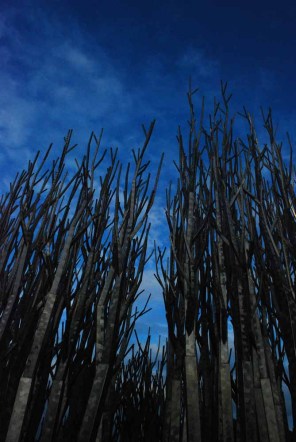 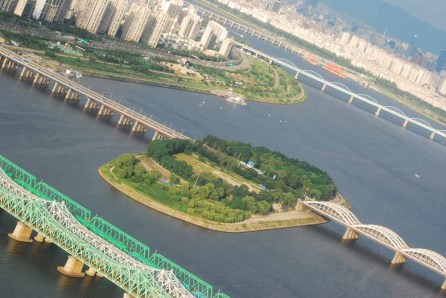 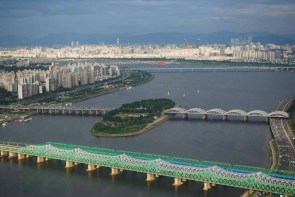 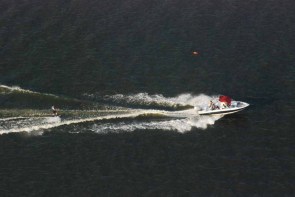 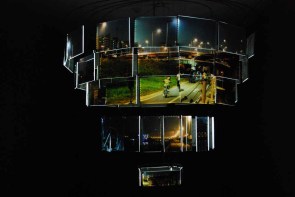 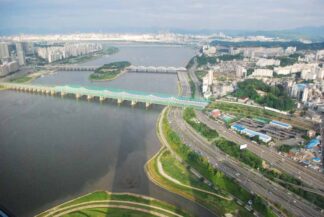 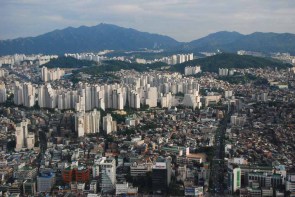 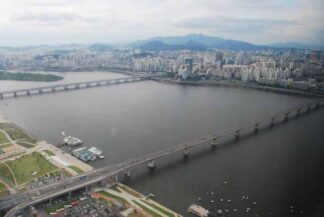 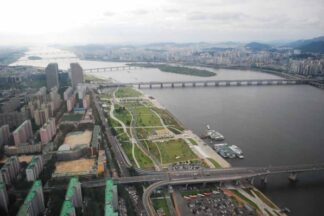 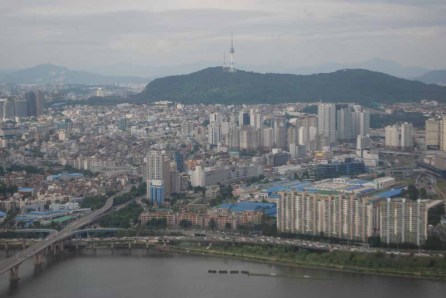 Take a free shuttle bus to the 63 Building from this exit. Or alternatively take bus # 62.

Walk towards the intersection and turn left to walk to the bus stop. From here you may take the free shuttle which you can find across from Sambu Apartments. It is approximately 80m away from exit 4.

You may take these bus numbers from around the greater Seoul area.