The sea between South Korea and Japan is called the Sea of Japan, as advised by the United States of America at the International Hydrographic Organisation. South Koreans continue to refer to it as the East Sea because the name change occurred while South Korea was rendered voiceless under Japanese colonial rule. According to Koreans, the name should be up for further discussion. Although the dispute could be settled by the International Court of Justice, there is no Korean representative on the panel of judges – only a Japanese one – which is unsettling for Koreans, who believe the decision would be swayed in Japan’s favour.

The Liancourt Rocks (Dokdo in Korean and Takeshima in Japanese) are administered by South Korea, whose coast guard has been stationed there since 1954. Koreans are angered that Japanese scholarly textbooks claim the islets belong to Japan and that 22 February has been declared official Takeshima Day. Korean tourists visit the islets as a display of their solidarity and nationalism. Travel Agencies offer package tours to Ulleung and the nearby islets, especially around public holidays or long weekends. There seems to be no end in sight especially since neither country will give up ‘their’ ownership rights, especially after it was discovered that the islets may potentially contain reserves of natural gas.

South Korea’s major airline, Korean Air, conducted a test flight of its new A380 aircraft over the islets earlier in June, which sparked frustration among the Japanese. In response, Japan placed a ban on Japanese people using Korean Air for an entire month. Later, in the days running up to Korean Liberation Day (15 August) South Korea refused entry to three Japanese politicians, who intended to visit Ulleung Island, near the islets. The Japanese government released what is known as ‘Defense White Paper’ – a statement claiming the islets belong to them. It was approved by the Japanese government on the day that the three politicians were refused entry into South Korea. Each country is trying to reassert its ownership claims over the islets, but to no avail.

Many South Koreans still feel provoked by Japan on numerous other post-war issues, such as those of the comfort women – Korean women from Japanese-occupied territories, who were forced into sexual slavery within Japanese military brothels during the Second World War – for which Japan have offered no official apology. South Korea was subjected to Japanese colonial rule for 35 years. This cultural genocide resulted in a loss of national identity through the suppression of Korean traditions and Hangul (the Korean language), landmarks and Korean relics were destroyed. 15 August is an important day in South Korea as it marks Liberation Day and represents Korea’s victory over Japanese colonial rule. This year marked the 66th anniversary of independence. The public holiday sees numerous political rallies in Jogno, where the liberation movement was first ignited in 1919.

I thought it appropriate to visit Seodaemun Prison on Saturday in the run up to Liberation Day. The prison was built in 1907 by the Japanese government, while South Korea was a protectorate of Japan. The prisoners were forced into manual labour – to make clothes and bricks: the Chinese symbol is seen imprinted on many of the bricks used to build the newer sections of the prison. Arms production became the main focus of the manual labour during the Second World War. Japanese soldiers tortured and executed followers of the independence movement. The harsh treatment experienced by those who were imprisoned encouraged a sense of national pride and spurred the drive for liberation. Seodaemun Prison is preserved as a historical monument and can be found within Independence Park in Jogno. Independence Gate and the Patriotic Martyr Monument proudly honour the Korean patriots who fought for independence. 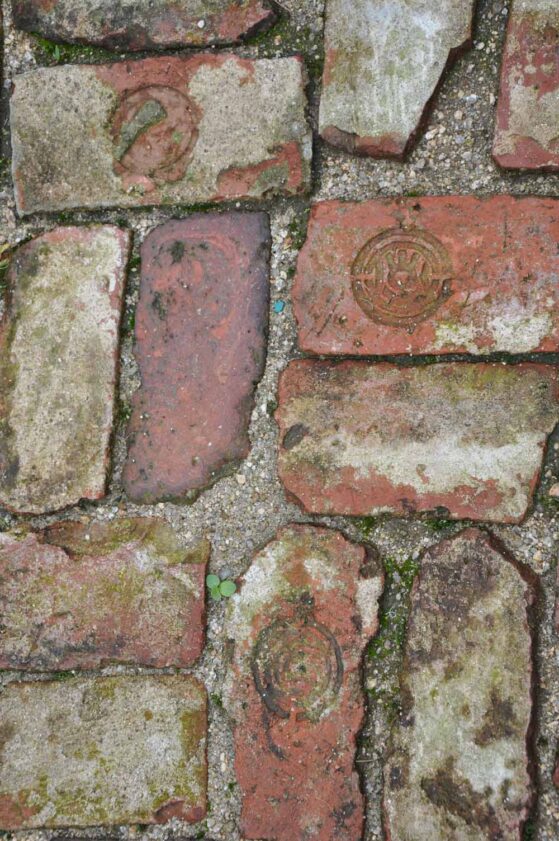 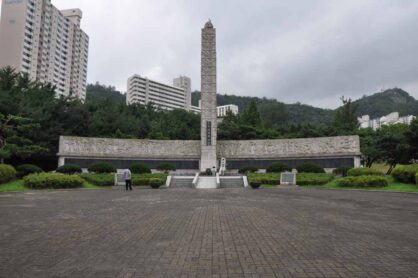 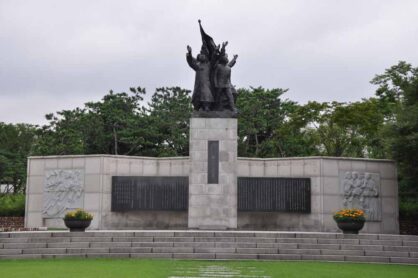 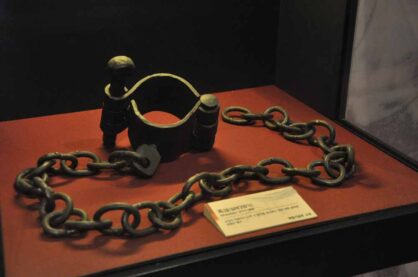 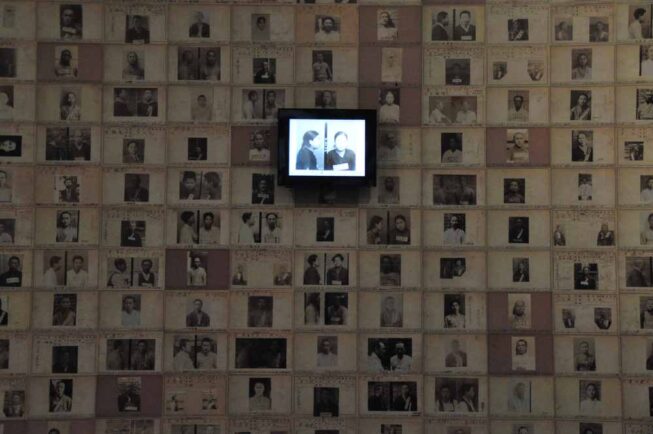 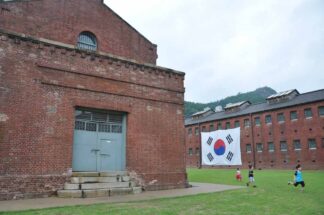 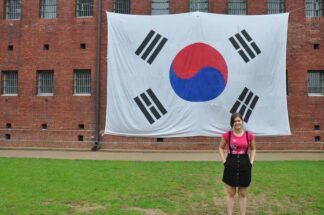 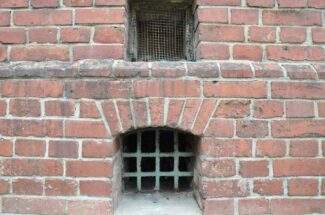 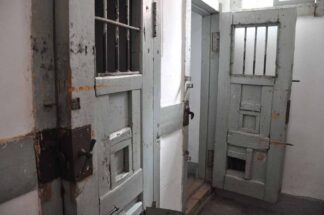 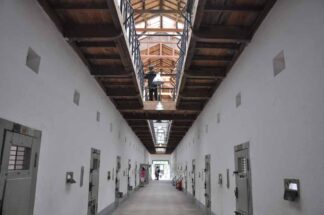 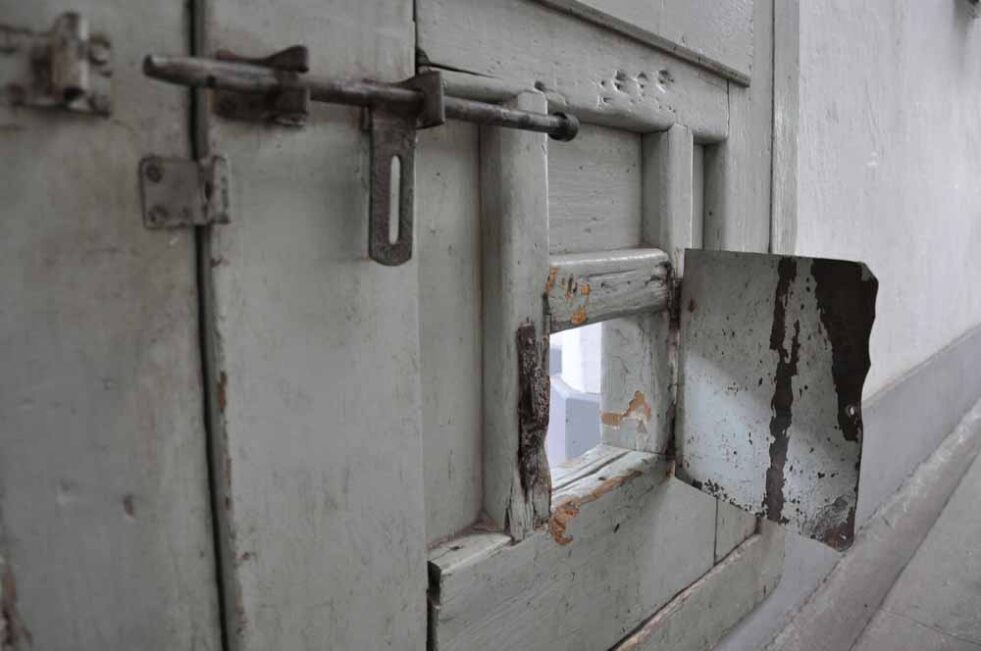 Several Japanese Prime Ministers have offered their apologies to South Korea for the losses experienced during their occupation. In 2002, Prime Minister Junichiro Koizumi said: “I once again express my feelings of deep remorse and heartfelt apology, and also express the feelings of mourning for all victims, both at home and abroad, in the war.” However some Koreans have received his public apology with scepticism and believe it to be insincere due to the fact that he visited Yasukuni Shrine soon afterwards. The shinto shrine commemorates those who died fighting on behalf of the Japanese emperor and is believed to house the souls of the dead. One thousand and sixty-eight people buried there were convicted of war crimes. Furthermore, according to the Shinto belief, acts of evil are absolved once enshrinement occurs, which leads Koreans, among Japan’s others neighbours, to believe that Japan is unrepentant regarding the colonial period and invasion.

As a means to make amends, Japan has offered $300 million worth of grants to South Korea as compensation for its 1910-45 colonial occupation and $500 million worth of soft loans. From the end of the Japanese occupation until 1998 popular Japanese cultural products such as music, film and books were boycotted. Nowadays, Japanese popular culture, such as anime, has proliferated Korea. Similarly, Korean popular music and television programmes have a loyal following in the neighbouring islands  Both countries successfully co-hosted the Fifa Soccer World Cup in 2002. Although relations have improved somewhat in recent years, sporadic incidents flare up around national holidays or sensitive anniversaries.

How to get there: The Seodaemun Prison History Hall can be found at Dongnimmun Subway Station (Line 3, Exit 5).

It is closed on Mondays and public holidays.

The last admission is 30 minutes before the closing time.

English and Japanese speaking tour guides are available on Sundays at 13:00 and 14:00, as well as upon reservation.