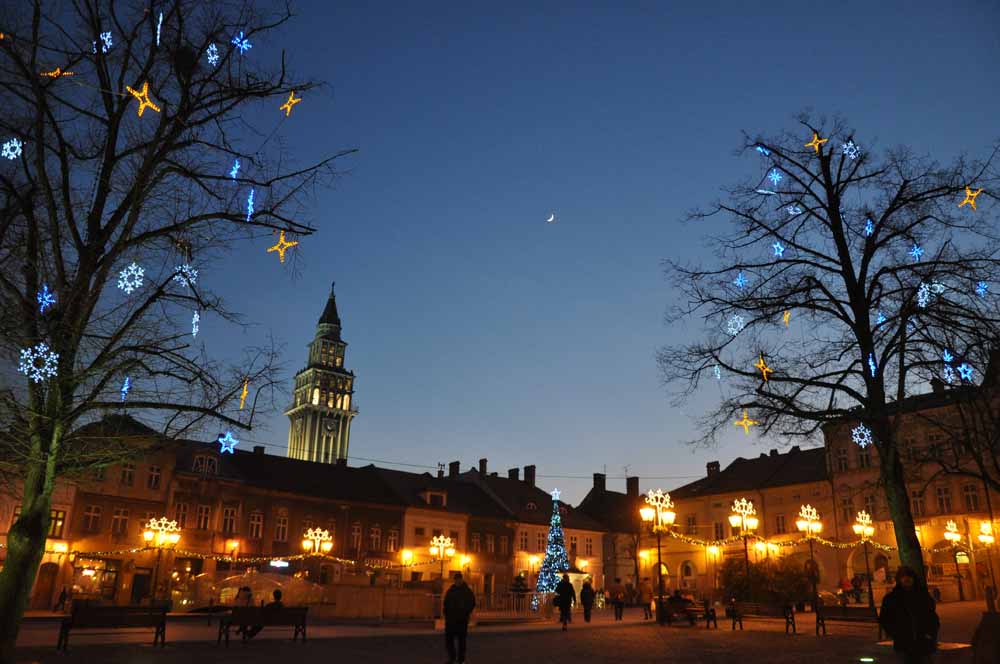 The old town square in Bielsko-Biala, which dates back to the 13th century, was the judicial, administrative and cultural centre of the city. During the Second World War it was gravely damaged and the commercial hub was relocated to the lower districts of Bielsko-Biala. By 2006 the ‘old’ town square was revitalised to its former splendour. The square is only a few steps away from Sulkowski Castle, which is now a museum. The surrounding streets are home to book stores, galleries, cafes, restaurants, night clubs and even a microbrewery. St. Nicholas’ Cathedral overlooks the southern end of the square. The city organizes free concerts and a night market during the Christmas season. This is my favourite town square in Poland, although I admit that I am quite biased, as it’s in this town that I was born. 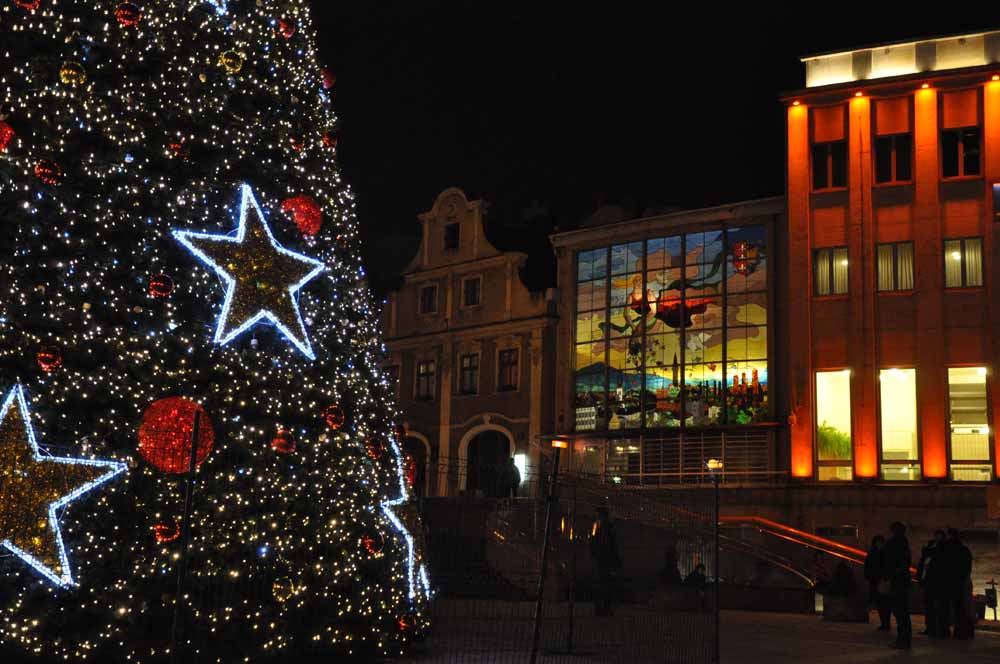 Each festive season an ornately decorated Christmas tree stands on Plac Boleslawa Chrobrego. On the one side the square is bordered by Sulkowski Castle and on the other side baroque and modern buildings contrast (and also complement) one another. ‘Pigalle Square’ as it is also commonly called by the locals is a reminder of Bielsko-Biala’s initiative to preserve its important history, while simultaneously remaining up to date with current times.