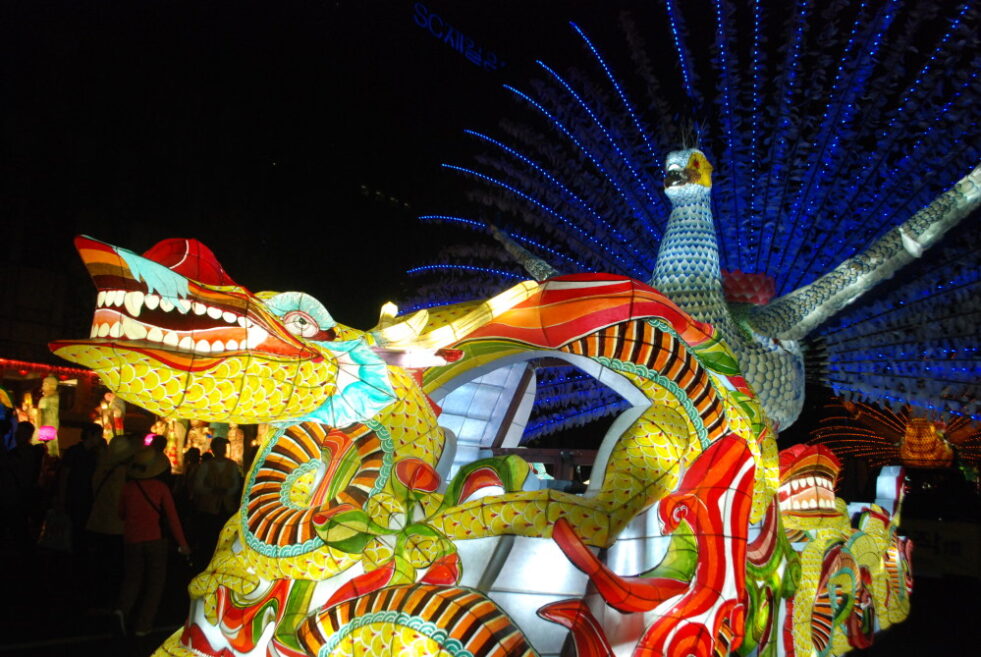 For over two hours we watched as gleeful faces, young and old, walked by waving brightly lit lanterns and twirling to the beat of Korean drums. The intricately decorated lantern floats, which were illuminated from within, came in a variety of themes, shapes, colours and sizes. The butterfly floats were my favourite – of course, I’m biased in favour of all things butterfly because of my surname – but I was really impressed with the fire-breathing dragon float too. There were albino tigers and peacocks, warriors, children’s cartoon characters, trees and of course Buddha – they couldn’t forget him!

The annual lantern festival, which is held in honour of Buddha’s birthday, is one of Seoul’s most widely visited festivals and with good reason too. Koreans from around the country  flock to the capital city, along with buddhists from neighboring countries. And it’s a beautiful time to visit Seoul, because even though the date of the lantern festival is determined by the lunar calendar, it usually falls between spring and summer. The cherry blossoms and magnolias are usually still in bloom and it’s not too humid to spend a day in the sun observing and participating in a variety of Korean Buddhist traditions. 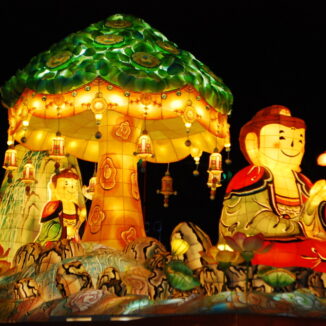 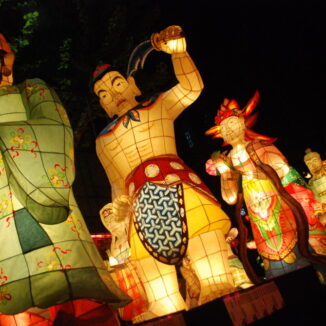 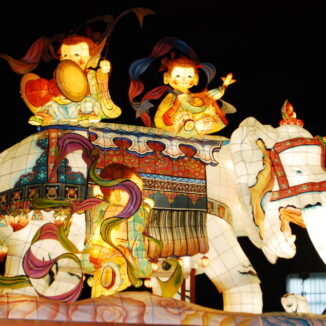 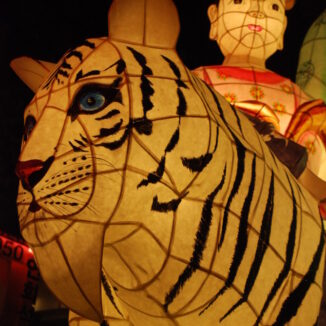 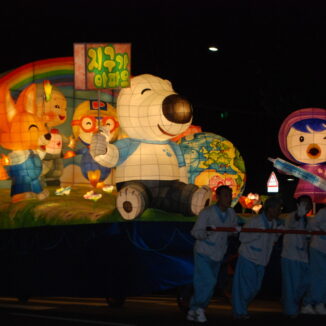 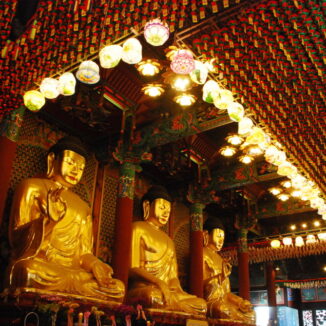 The lantern festival is the culmination of a week of celebration and performance. Think traditional Korean dancing and singing, yoga performances (Yes, imagine a bevy of sixty-year-old women in luminous purple, sequenced outfits showing off their synchronised yoga moves. I was impressed by their agility – they were pulling off moves that I struggle with). There are also a multitude of cultural booths on display, which allow visitors to try their hand at candle making and lotus flower lantern making, which you can show off at the lantern festival. Tourists also get the opportunity to sample native foods and experience the traditional dress and rituals of various other Buddhist nations – Thailand, Cambodia, Tibet, Nepal, Vietnam – which is illustrative of Buddhism’s cultural diversity and its various forms. The most popular activities among foreigners seemed to be painting small replicas of Buddha on a large canvas; dressing in Korean traditional dress – the Hanbok – or in Buddhist attire, while posing in the lotus position; and scribbling wishes to attach to the goodwill wish balloon. 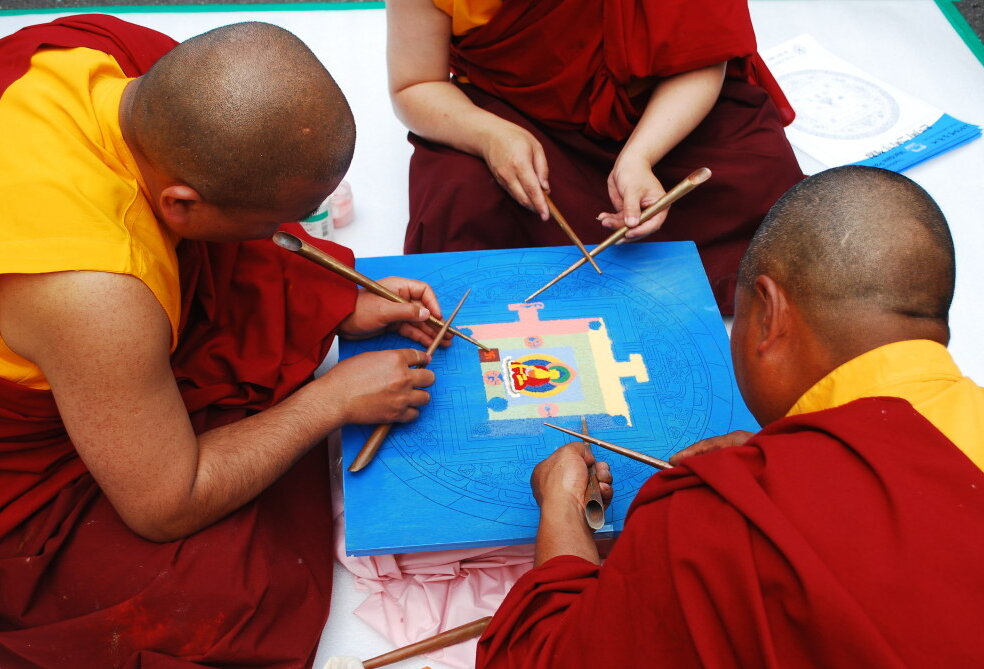 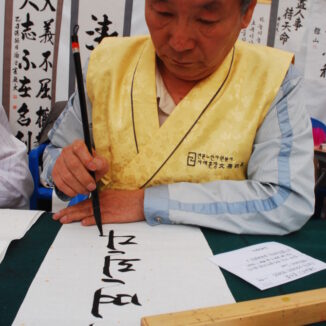 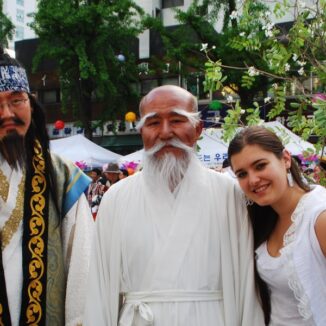 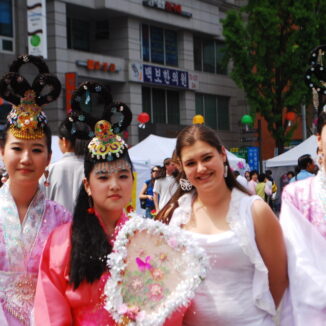 Jogyesa Buddhist Temple is at the heart of the lantern festival. The sky above the temple is invisible due to the hundreds of vivid lotus lanterns that sway above upturned heads. I was lucky enough to witness a traditional Korean dance. It was entertaining to watch school children dance and sing, their little hands reaching for the heavens, happiness written across their faces. 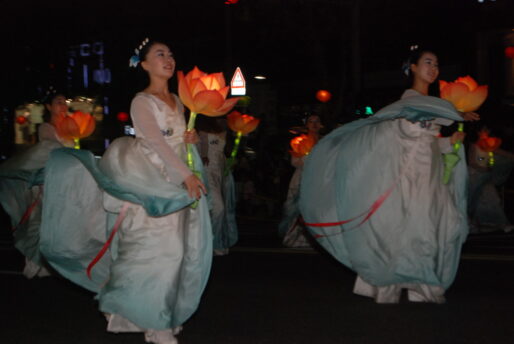 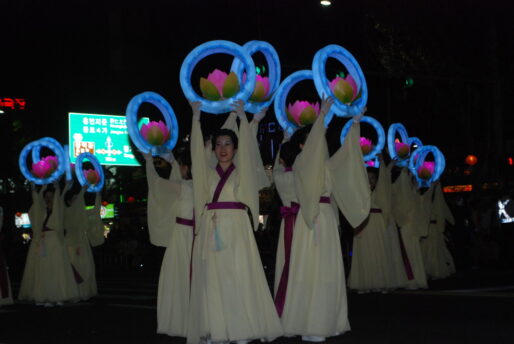 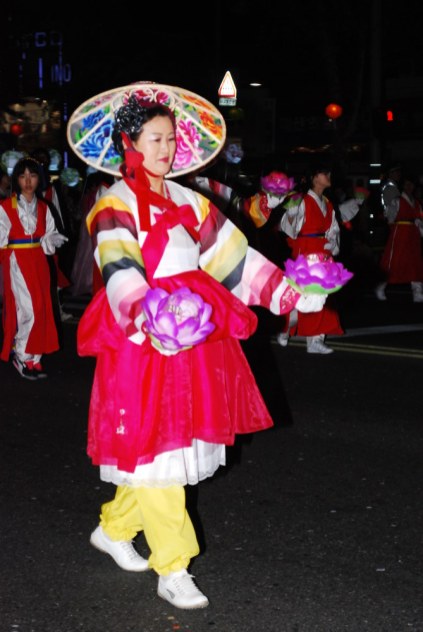 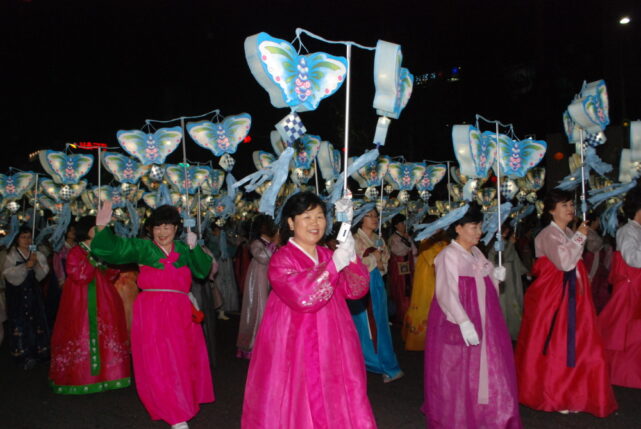 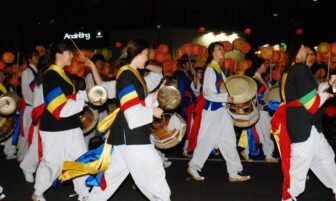 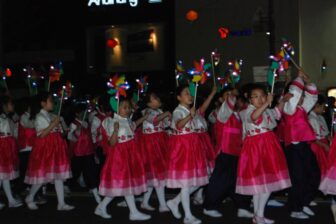 For updated information about the lantern festival each year see the Visit Korea website.