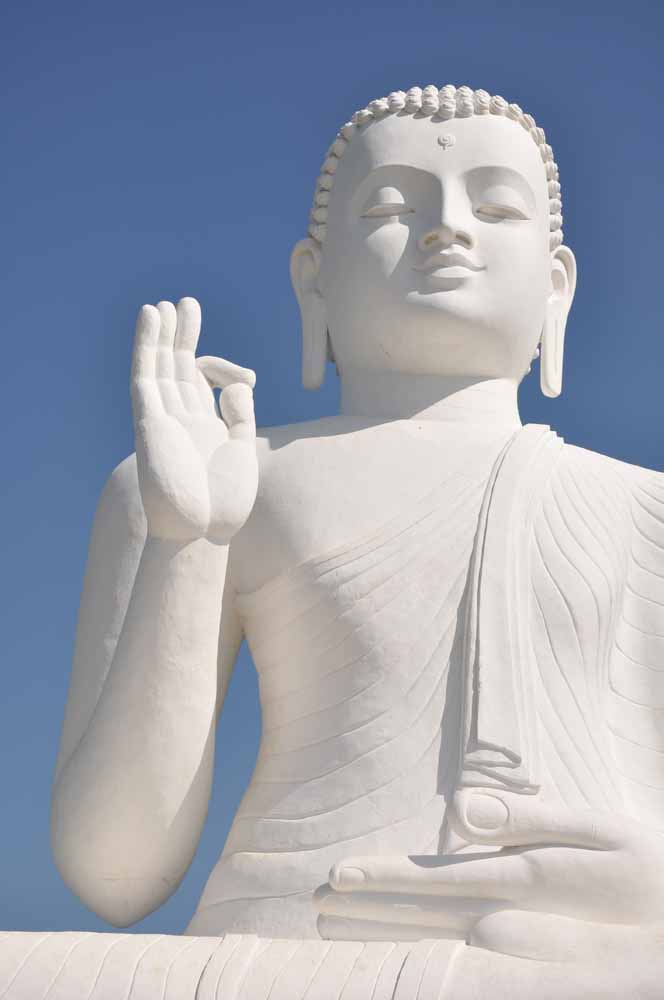 The birthplace of Buddhism in Sri Lanka can be traced back to Mihintale and Buddhist monk Mahinda. Mihintale means ‘Mahinda’s Hill’ in Sinhalese and is often overshadowed by its larger counterpart Anuradhapura, which is a twenty-minute drive away. Due to the kindness of the head Buddhist monk, Venerable Dhammarathana Thero, and his fellow monks, I spent seven hours at Mihintale Buddhist Temple during the Poya Festival in November.

The sun had just awoken when I was accompanied by barefooted pilgrims to the resting place of one of the oldest dagobas in Sri Lanka. It was a short pilgrimage indeed as we only needed to climb 1 840 stairs to reach the top. The granite steps have been worn away by devotion in some places. This is one of the most important places for Sri Lankan Buddhists, not only does it represent the cradle of Buddhism, but its sustainability in the modern world. In June each year, during the Poson Poya Full Moon Festival, Buddhists bring the temple to life with lamps, paper lanterns and colourful flags. Thousands of Buddhist worshippers perform rituals and celebrate Mahinda’s role in introducing Buddhism to the tropical island. 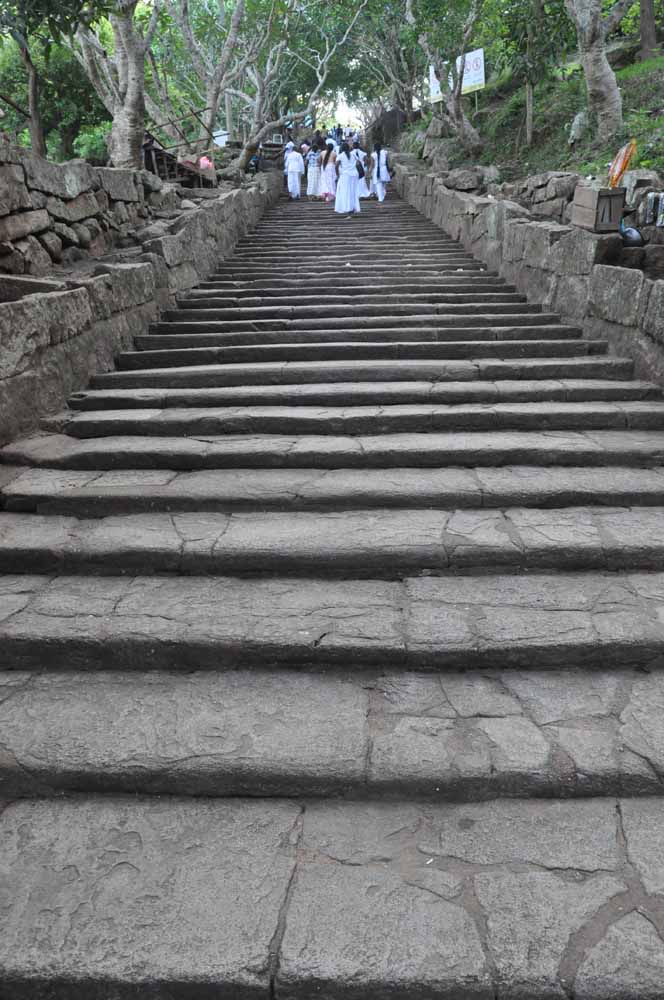 I was taken on a guided tour of the vicinity. We visited Mahinda’s cave, a small grotto between a fallen boulder, which provides a spectacular view of the land below. It’s here that Mahinda spent a considerable amount of time meditating. This is the most sacred of 68 caves that are found in the region, which was inhabited by monks who belonged to the monastery. The surface upon which Mahinda slept was flattened; the headrest is rumoured to have contained treasures, which were later excavated by thieves. 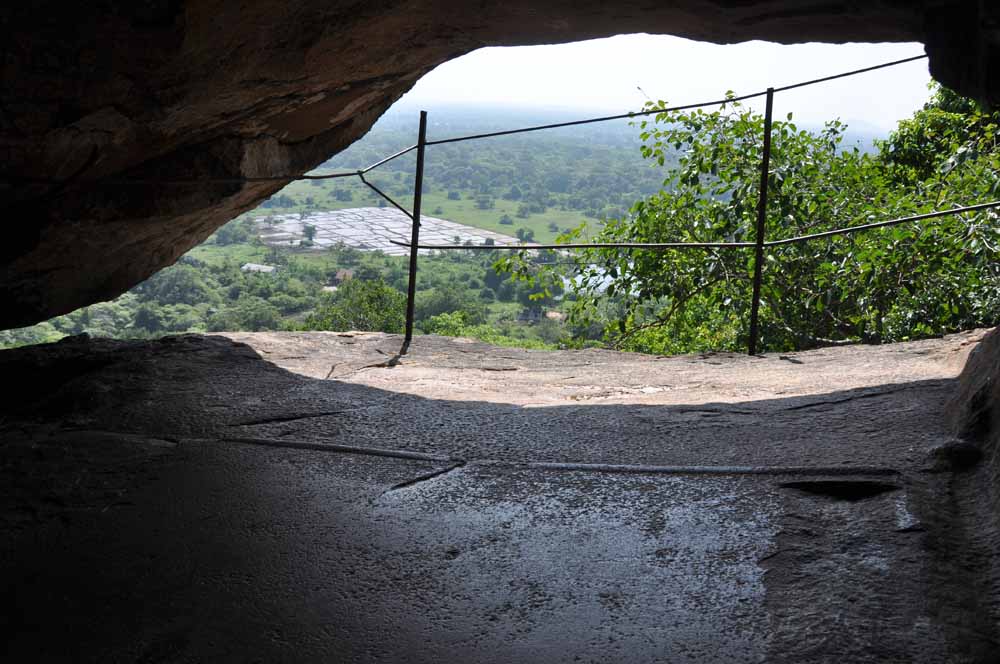 The current monastery is surrounded by the ruins of the ancient monastery, a hospital as well as the refectory. We passed a pond, constructed by the monks, which used to be a communal bathing area. It’s guarded by a five-headed cobra, which is carved into the rock face. The dilapidated, red face brick of Maha Saya stupa has been renovated and is now plastered and painted white, reminiscent of Ruwanwelisaya. 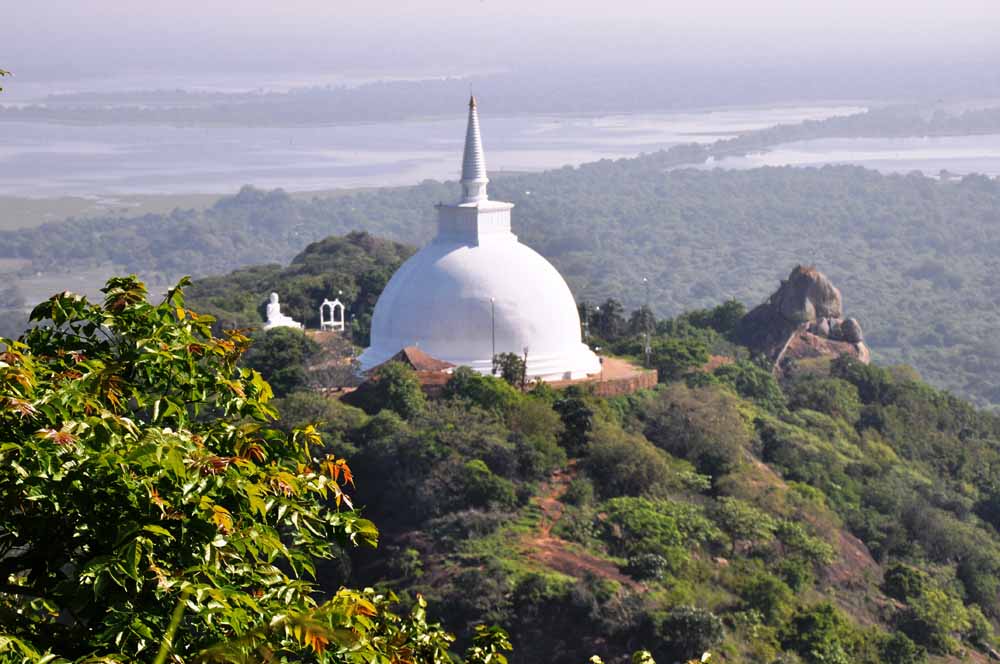 Atop the hill two butterflies playfully courted one another through a flamboyant dance of wings. From the mountaintop you can see the road leading to Trincomalee, on the north-eastern coast of the island. The road was seldom used by tourists during the civil war (1983-2009); today it is still guarded by armed policemen. Since the end of the war, it has been rejuvenated and is traversed by brave tourists, despite demining efforts that are still underway. 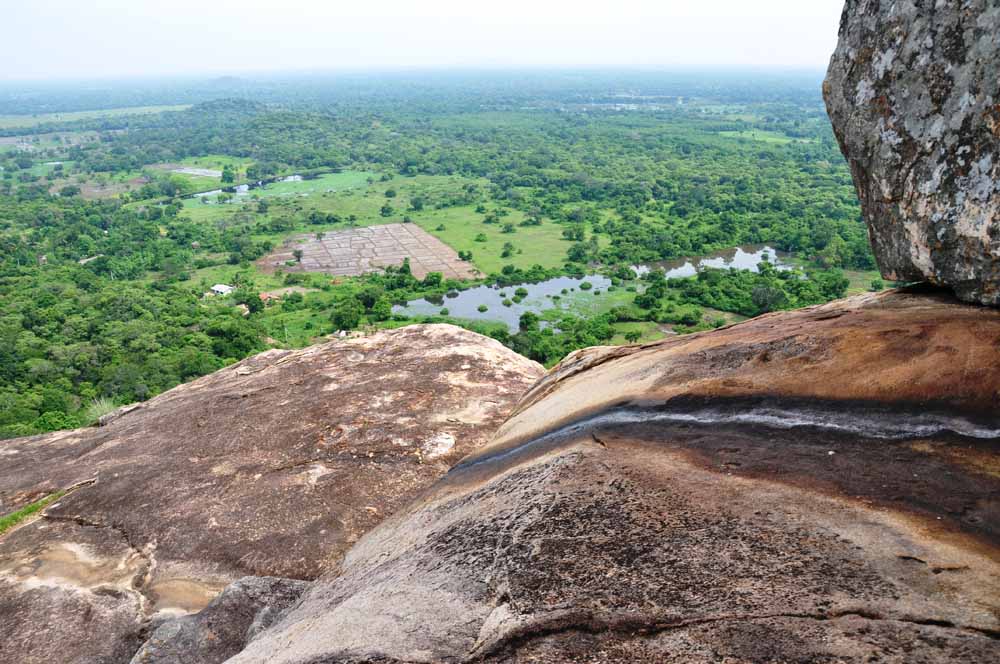 White saris shuffled past one another to the meditating Buddha statue. Mahinda is believed to have arrived in Sri Lanka by floating through the air from India. He landed on Aradhana Gala, a boulder, and it was here that the first Buddhist sermon in Sri Lanka was held. 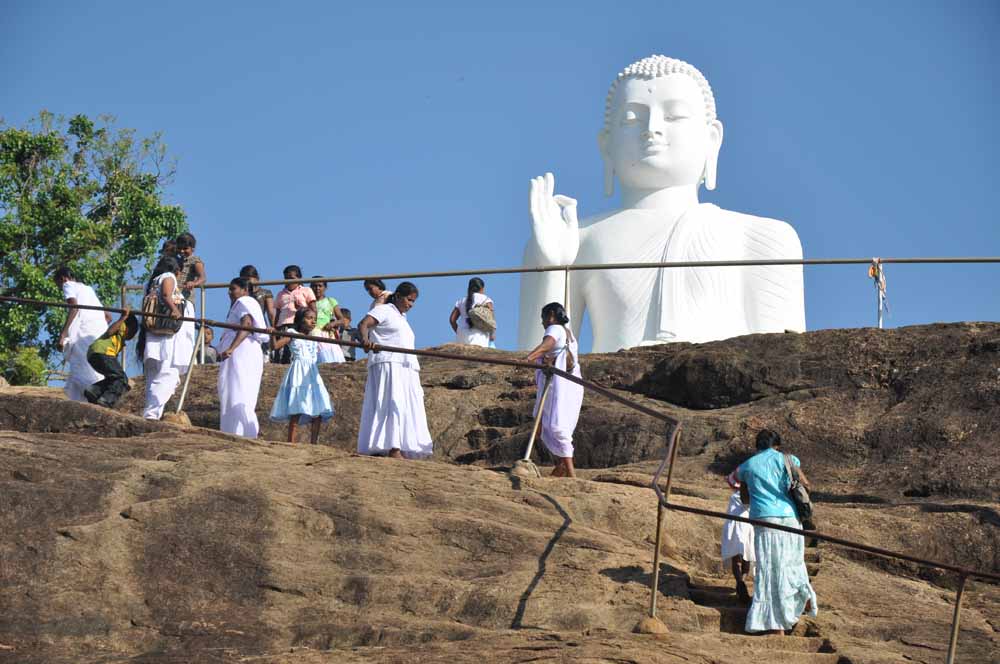 From Aradhana Gala rice paddies can be seen lazing in the sun like crocodiles with their mouths agape, energising themselves through the radiating warmth. The rice paddies were an unnatural green, which mixed with the haze on the horizon and soon disappeared.

Have you ever had a similar religious/cultural experience while travelling? I’d love to hear about it in the comments section.