These black and white, long-exposure captures of the Johannesburg skyline paint it in a different colour, to reveal the relaxed atmosphere that enveloped the cityscape at twilight on New Year’s Eve. Few cars were seen navigating the street grid that stretches below Randlords. One of my most delightful recent discoveries about the City of Gold is that it has the third highest concentration of Art Deco buildings in the world, after New York and Miami — who would have thought? Eye am drawn to symmetry (if you’ll excuse the word play) and Randlords, which is on the twenty-second floor of South Point Towers is difficult to rival when it comes to panoramic views of Johannesburg.

The horizon is an outline of geometric shapes: Nelson Mandela Bridge can be seen in the foreground and my alma mater (Wits School of Journalism) is just across the road — it seems that you can almost touch it with your outstretched hand. In the east is the Carlton Centre, which at 223 metres has been the city’s tallest building since 1973, and the Sentech Tower pierces the sky in the West.

This rooftop venue can be rented for private functions, such as weddings and end of year functions, but it’s best known for the Sunday Skyline Sessions, where bands play on well past sunset and cocktails are ordered like it’s a Friday. 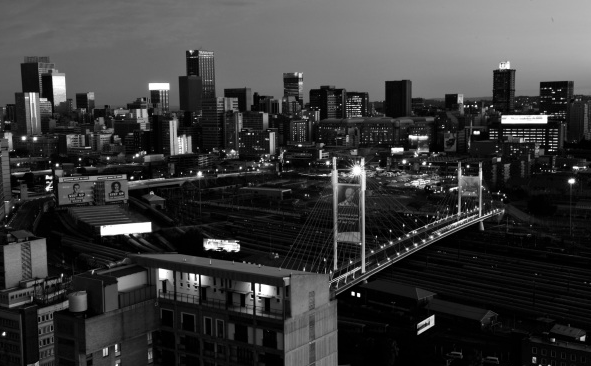