I lived in South Korea for close to two years and while the subway get packed, Buddha’s Tooth Relic Temple in Kandy experiences similar traffic during Esala Perahera. Hundreds of thousands of buddhists make the pilgrimage to central Sri Lanka, during this full moon festival, to catch a glimpse of  Buddha’s upper left canine. They come bearing lotus blossoms and frangipanis to pay homage and tribute to the relic.

The tooth, which is a symbolic representation of Buddha, is said to have been saved from the flames when he was being cremated. This UNESCO World Heritage Site attracts crowds of curious onlookers, who have to be ushered along due to their immense numbers. As they pass each individual gets about one (or two, if you’re lucky) seconds glance at the outer casket from a distance of about 3 metres. Most visitors whip out their technological gadget of choice and take photographs from further away, over the heads of other hopefuls, who are also standing on their tippy toes. 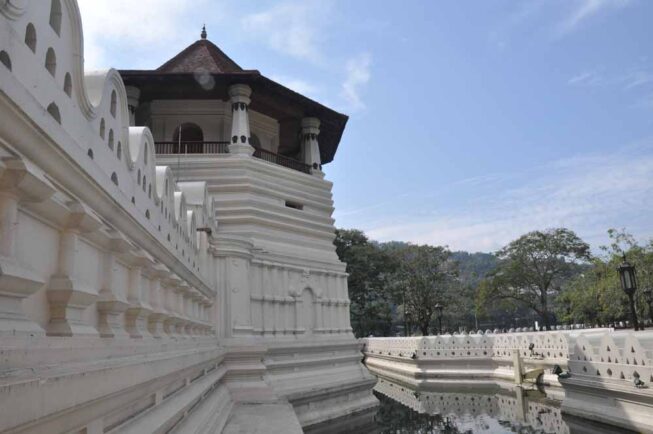 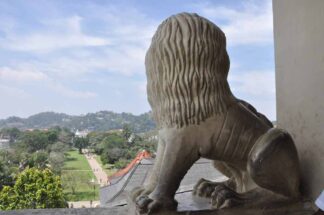 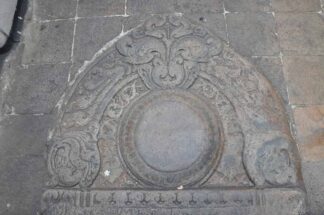 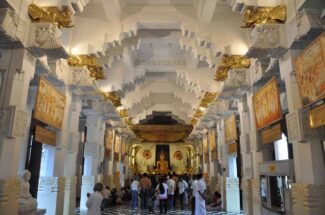 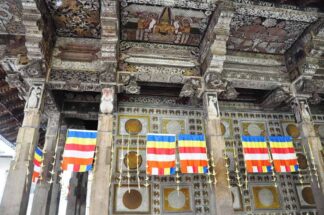 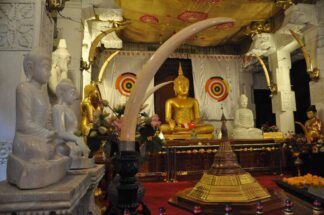 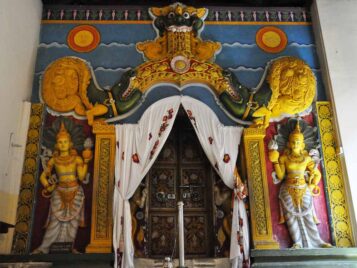 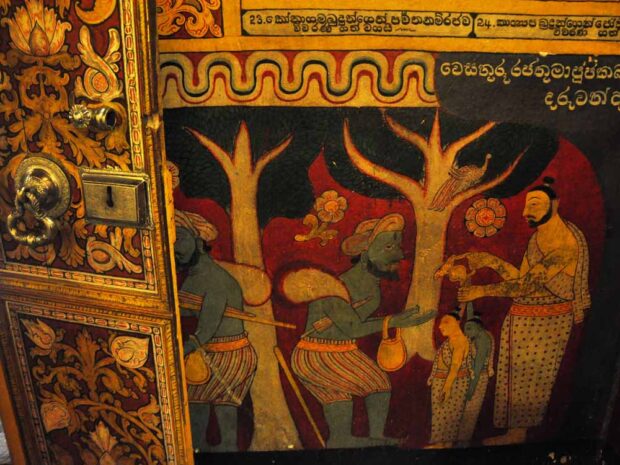 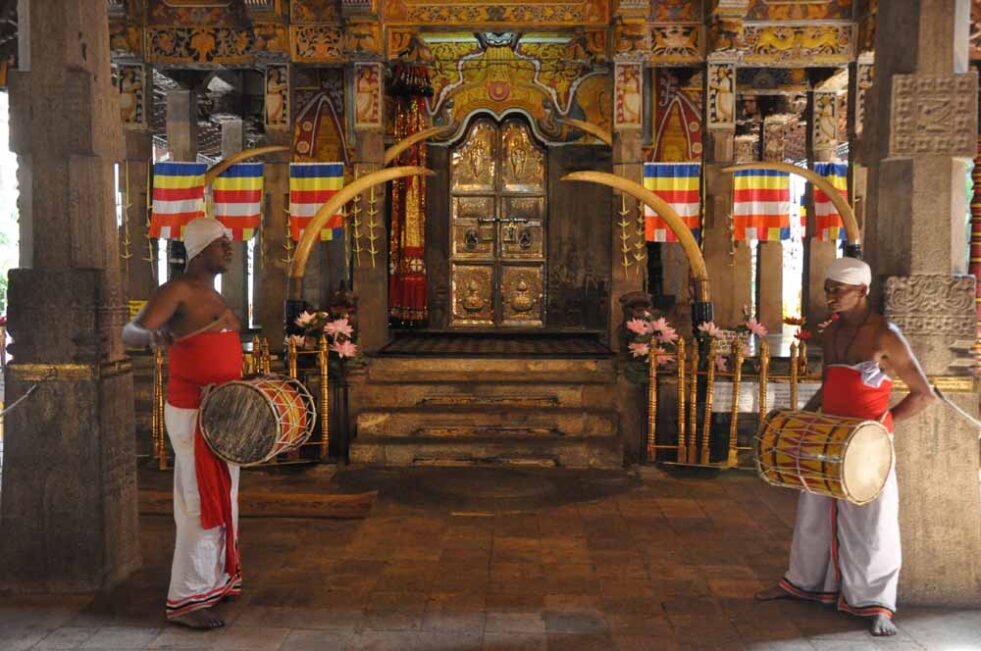 However, many Buddhist nations claim to have Buddha’s tooth. Such temples are also found in China, Japan, Singapore and Taiwan. Unless you witness it during Esala Perahera – the closest you’ll come to witnessing it is by admiring the replica in the museum. Truth be told, to me, it seemed to possess a quality endowed by Bram Stoker upon Dracula; it was rather large and seemed more like a carnivore’s canine than that of a human. It is believed that whoever possessed the sacred tooth relic had the divine right and the power to rule over Sri Lanka.

It’s not surprising then that numerous wars were waged and attempts were made to gain possession of it. A temple was built to protect it – like a shadow follows its subject – in each of the capital cities of Sri Lanka. First it was housed in Anuradhapura, later it was moved to Polonnaruwa, Dambadeniya, until in the 17th century it came to rest in Kandy, which was the final capital to be ruled by Sinhalese kings.

The temple is surrounded by a moat to provide it protection. It was bombed and damaged on numerous occasions by those wanting to gain possession of the sacred tooth relic. It’s hidden beneath seven golden caskets, which are engraved with precious stones. They are in the shape of a stupa and are arranged on top of one another like Russian babushka dolls. Buddha’s tooth or not, the pilgrimage experience was worth the shuffling in the stifling heat.