Home Africa Kaapsehoop: The South African town you MUST visit in 2017

Kaapsehoop: The South African town you MUST visit in 2017 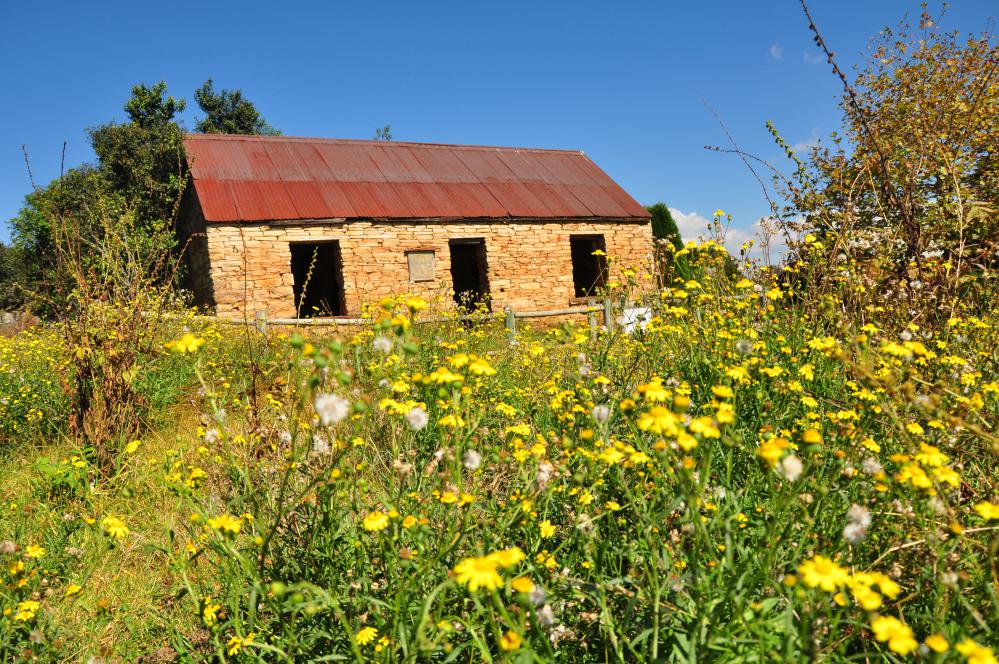 That’s the one word Vincenzia Diedericks uses to describe Kaapsehoop (or Kaapschehoop, according to the Dutch spelling). After a day trip to this small town in Mpumalanga’s highlands they bought a holiday home. “There’s something here, it earths you. When I put my feet down here, I felt like I came home,” she tells me over lunch in the garden outside Salvador Bistro, along the town’s main road. The glass wind chimes at Deliteful Glass Worx next door clink against each other in the autumn breeze; auburn leaves fall to the ground where they are chased by the resident pups that follow their owners about.

We, too, fall for Kaapsehoop’s allure. Perhaps it was the country air, but after a few hours the six of us (on a Travel Massive road trip through South Africa) unanimously cancel our plans for the rest of the day and stay longer than originally intended. This is definitely a worthwhile stop en route to Johannesubrg from the Panorama Route. And of all the places I travelled to in South Africa last year, this was my ultimate town, which is why I think you should visit in 2017. (Nieu Bethesda was my favourite South African town of 2015).

I wrote about Kaapsehoop as part of my freelance work for Mango’s in-flight magazine, Juice. 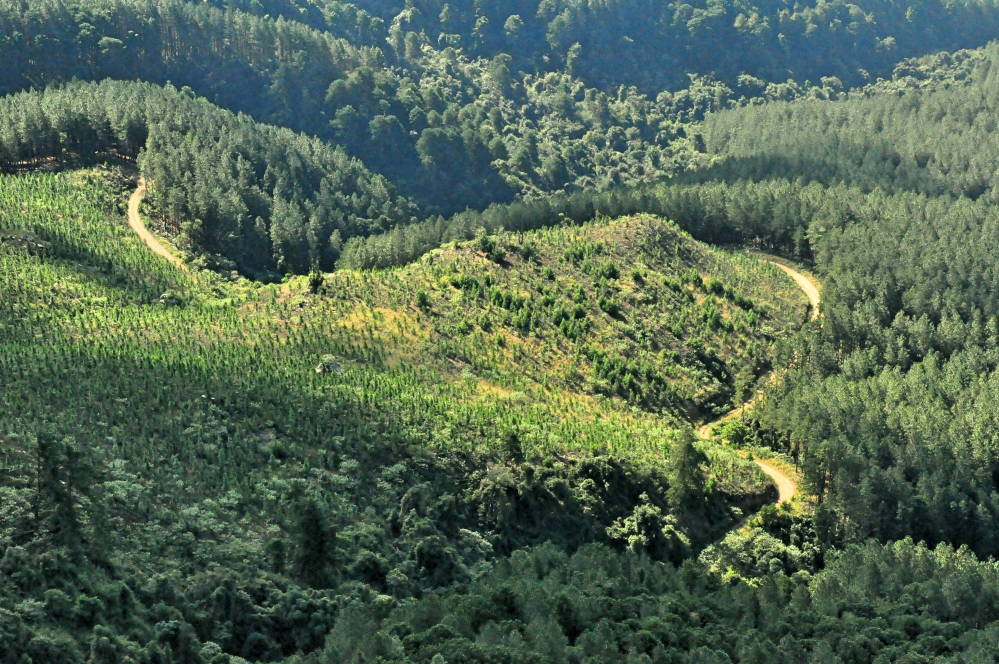 The charming begins before we arrive. As we slowly make our way through the pine slopes from Nelspruit towards the hilltop town, past yield signs of horses on their hind legs like an advert from America’s Wild West. As we drive in along the dirt road, the rusty road signs give away that it’s a small town and also paint the character of the 150 (more or less) people who live here. “Kaapsehoop welcomes you: our place in the clouds, where children, wild horses and friends come to play.” Next to it is a sign for the Kaapsehoop road fund and yet another one reads “Holey Road, please fasten seat belts and remove dentures”. The locals retain a good sense of humour despite the lack of public roads here. 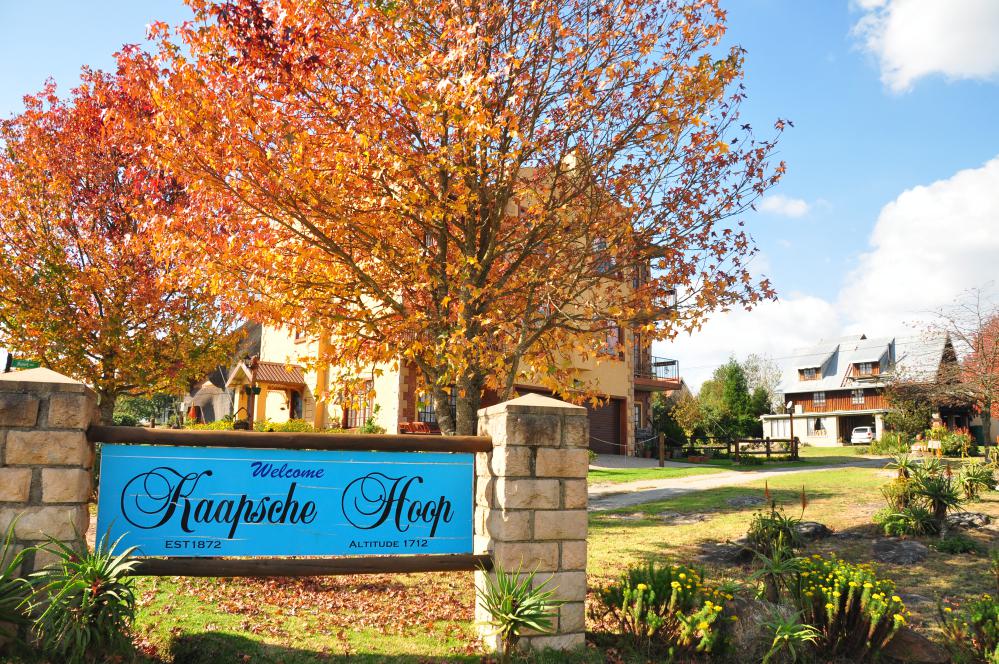 Aloe, the free resident guide, is there to greet and show us around. We head uphill through the lunar-like rocks covered in blooming aloes that lay scattered among the amber grass. She walks this worn out path daily and patiently waits as some of us take photographs and others catch their breath.

She deviates from the main path to show us the former mining commissioner’s sandstone house that dates back to 1884. Now we understand the significance of the town’s name. Gold was discovered here when Pilgrim’s Rest and Barberton were in their gold panning prime and so the townsfolk hoped to attain great wealth within De Kaap Valley, but soon followed their fortunes to the Witwaterstrand reserves. (Read about Johannesburg’s second golden age.) 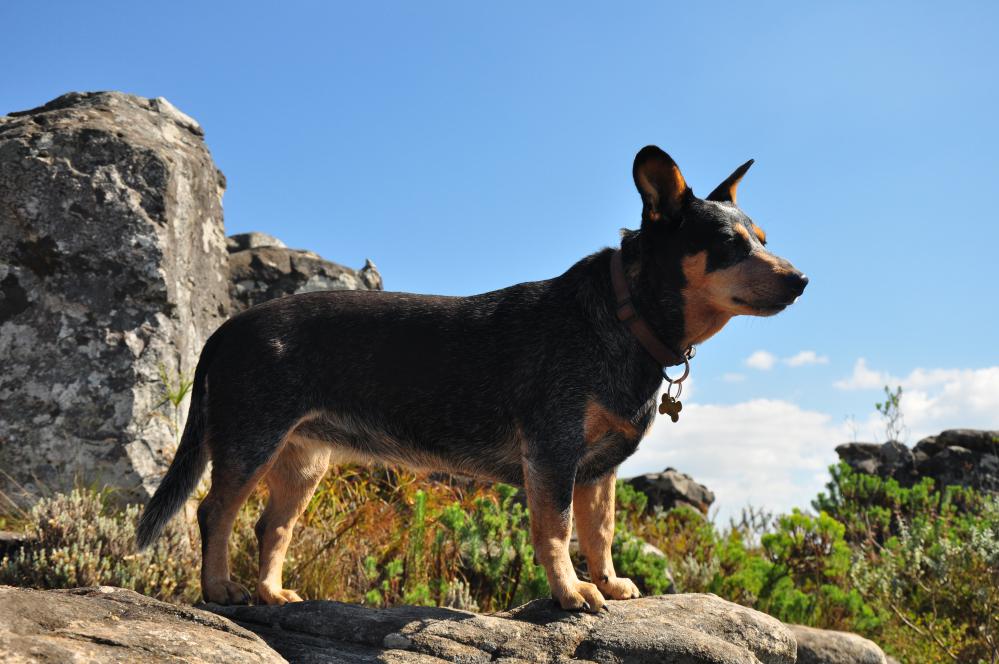 “Aloe navigates the town and we met her on our first visit,” says Vincenzia of the amiable Australian shepard dog, who guides us for the day. “They are bred to look after cattle, so she thinks the community are cattle. Every time I arrive she checks in to see if everything is okay. She knows everyone and often sleeps over. Her owners have made peace with that. She is part of Kaapsehoop.”

Once we summit the rocky outcrop, we picnic on our padkos – peanuts, cheese curls, lemon creams and murukku – as we sit on the edge of the Highveld escarpment at 1 700 metres, with our feet dangling over the edge. A couple of hundred metres below is a carpet of verdant pine trees and ochre-coloured dirt roads that are unevenly carved into the earth to complement the contours of the undulating land. I can see why plans are underway to make this a protected area. 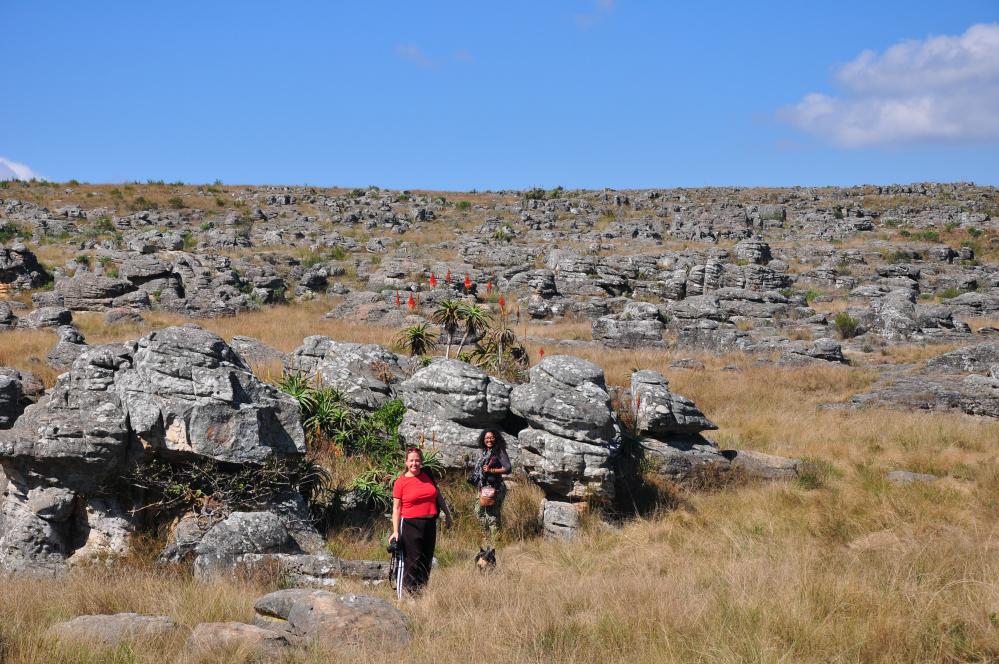 Back in town, as I page though Linda Louw’s The Wild Horses of the Kaapsehoop Escarpment photography book, I learn that no-one exactly knows where the free-roaming feral horses come from and yet everyone will tell you a different story.

The versions I heard include: they escaped from farmers in the area; were used in the nearby gold mine in the early 1900s before escaping or being abandoned once their owners moved on; belonged to the British troops stationed here during the second Anglo-Boer War. Some believe they were left to the wilderness when the local police station closed down. But whichever version (or combination thereof) you fancy the most, the English and Boerperd bloodlines created a hardy, crossbreed of Mustangs (from the Spanish word mesteño meaning ‘wild’). And at 180 horses strong they outnumber the 150 people in the village. 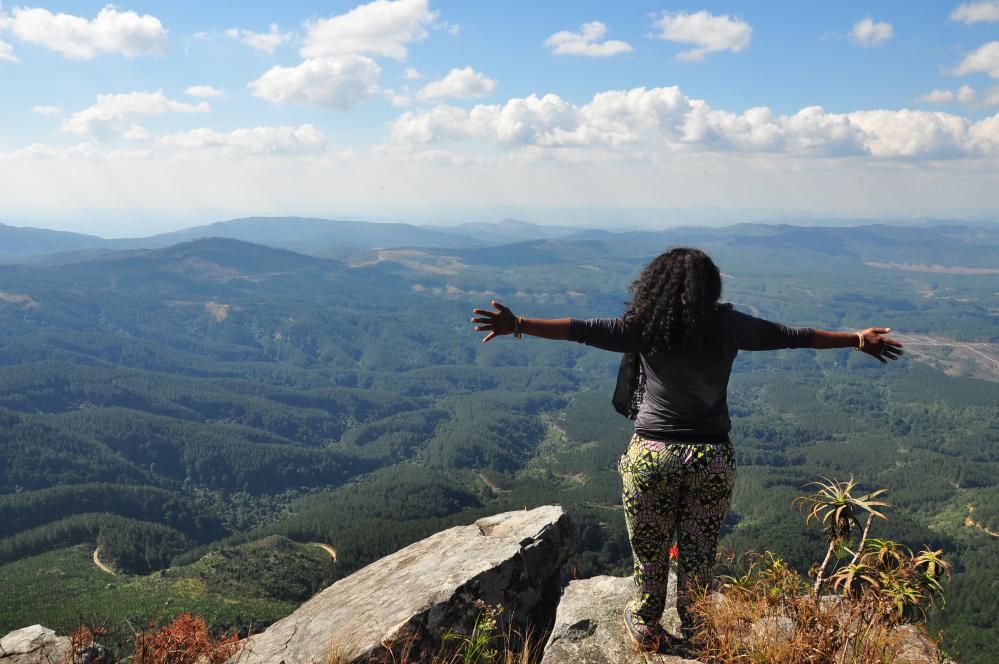 I was determined to find them and happened upon a few in the late afternoon grazing on someone’s lawn, one scratched itself against a tree outside the front porch, while another drank from the duck pond. Then it turned its attention to me. I like horses just as much as the next person, but when a feral horse eagerly starts trotting in my direction, the only thing that comes to mind is the sign out front (in big bold letters) that reads: “Warning! Wild horses do not feed or approach!” 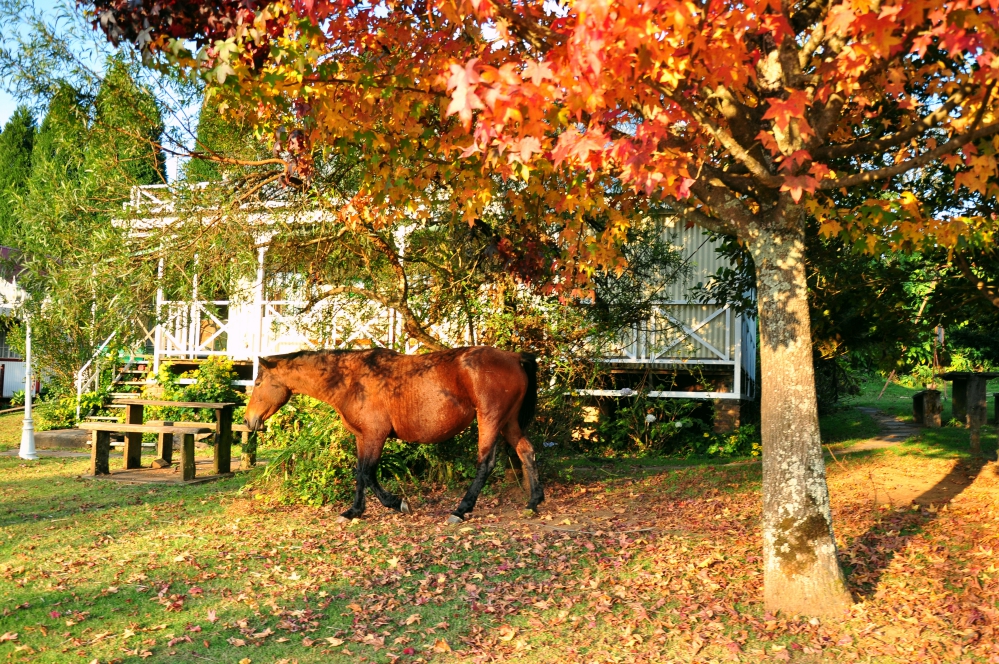 What to do when you’re there

Go on a tour of Adam’s Calendar or Inzalo y’Langa (the birthplace of the sun) with Pierre, which is believed (by some) to be one of the oldest man-made structures, if not the oldest. This 75 000-year old monolithic calendar predates Stonehenge and the Pyramids at Giza. The stone circles, which were rediscovered in 2003, align with Earth’s geographic cardinal points and mark out solstices and equinoxes. Coins, swords and statues from Egypt, Greece and the Inca Empire have been discovered nearby.

Hunt for mushrooms in the nearby pine forest with the folks from Bohemian Groove Cafe.

Hike Battery Creek Falls across the road (as some of us did).

Go on a horse trail with Christo (breathe easy, these are tame horses).

Brave a ghost tour about the town’s mining history.

Tap your foot to live music each Sunday at the Bohemian Groove Cafe, while drinking their homemade chocolate vodka.

Delve into the scratch patch and antiques at Gold Dust Trading store. 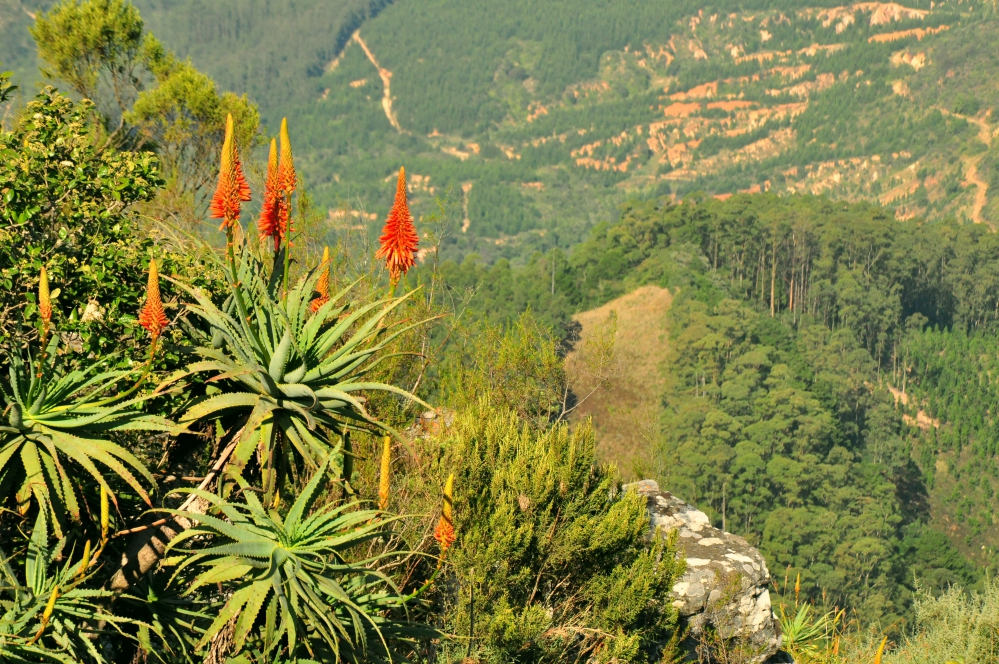 All year round, but especially during the Wild Horse Festival in the first week of September to celebrate spring.

There are a number of guesthouses, B&Bs and self-catering houses. We stayed 30 minutes away at the Southern Sun Emnotweni in Nelspruit. 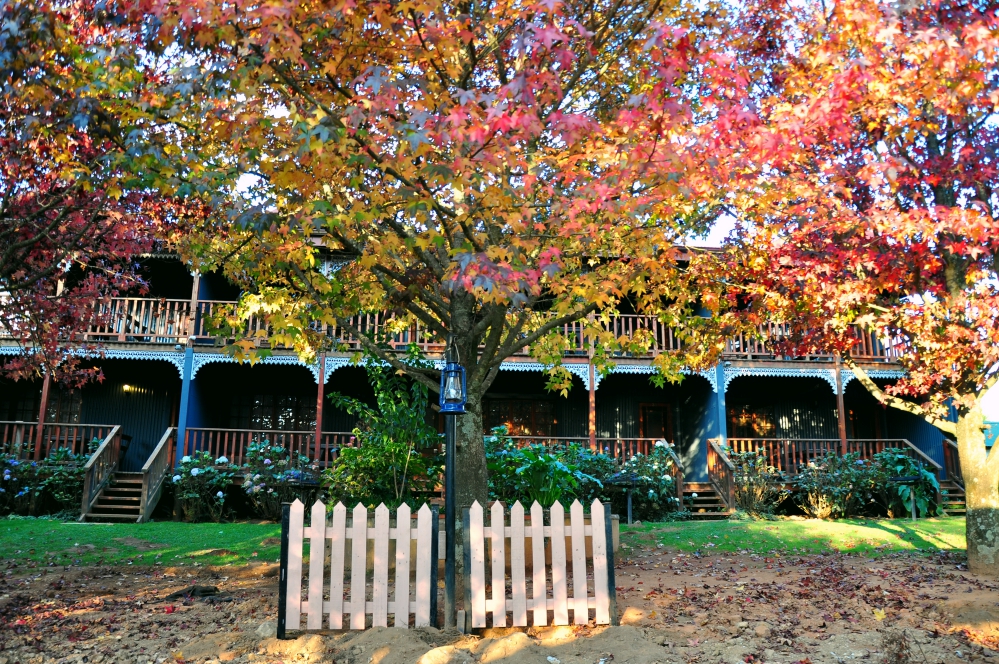 The Southern Sun Emnotweni hosted us during the Nelspruit leg of our Travel Massive road trip. I wrote about our visit to Kaapsehoop as part of my freelance work. I maintain full editorial content of all content published on this website, but you already know that! ;)