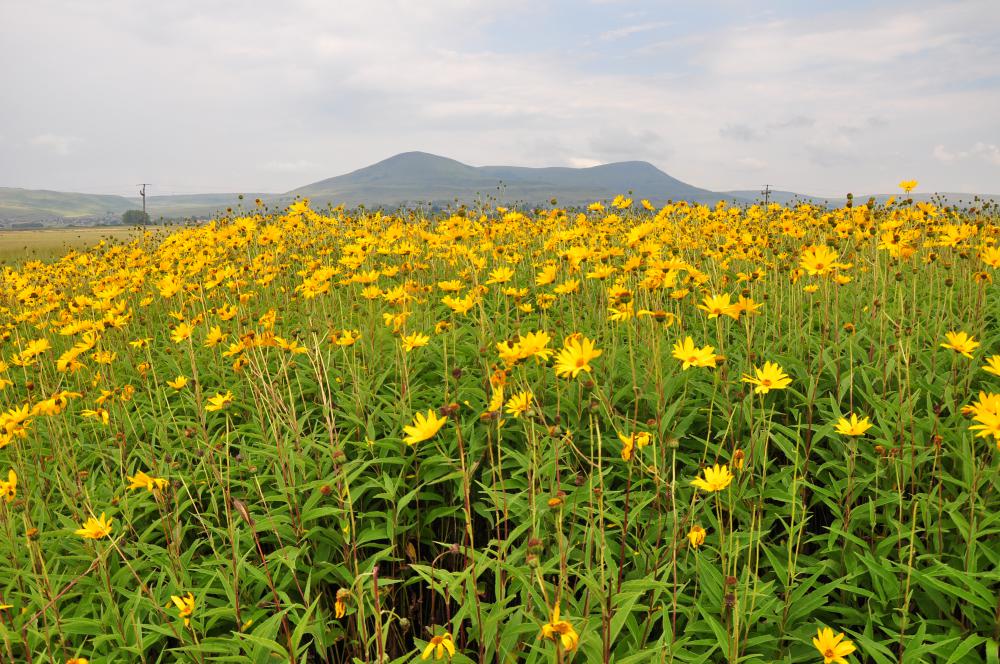 Wakkerstroom is Mpumalanga’s internationally-renowned wetland and birding destination that many South Africans don’t even know about. This article featured in the January 2016 issue of FlySafair’s Inflight magazine.

If you give 83-year-old Oom Chris Smit enough time, he’ll talk you through Wakkerstroom’s history, from the time when the saddlesore Voortrekkers settled at the foot of Ossewakop Mountain in the 1850s to the town’s proclamation, as Marthinus Wesselstroom, in 1859. He’ll regal you with animated stories from the First and Second Anglo-Boer Wars, as they were narrated to him by his grandfather, while he points out war memorabilia that lines the shelves and lies in the glass cabinets of the private Oppikoppie Museum that is his home. He has collected so many timeworn artefacts – from Zulu spears and grinding stones, wartime rifles and medicine bottles to film cameras, gramophones and a wooden view master – that he’s had to extend his house that stands in Van Riebeeck Street. 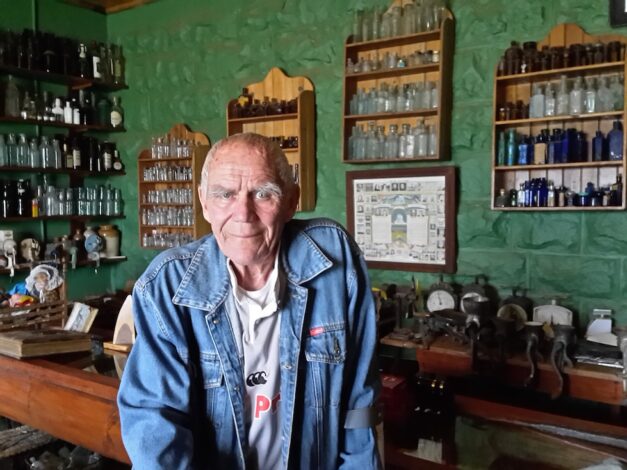 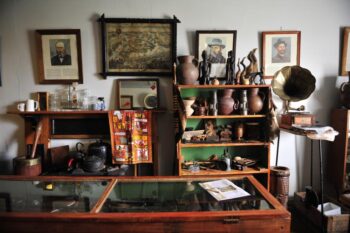 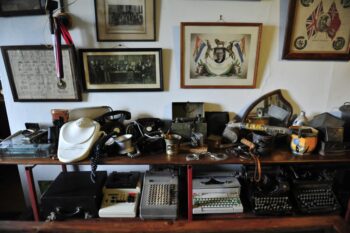 Oom Chris (who also features in my 2015 in Photographs post) is Wakkerstroom’s self-appointed historian and unofficial ambassador. And rightfully so, this is where he was born, served as Mayor for 16 terms and Town Clerk for 14 years. His memory doesn’t fail as he quotes dates significant to the region, which was formerly known as the Eastern Transvaal, and is a three-hour drive from Johannesburg. He shares mémoires about the case of the stolen steering wheel, the buried wedding cake, feuding families and the town’s menacing bed-sheet ghosts. They are tales he has lived and retold many times and he wants me to become part of Wakkerstroom’s story too, so he sends me to De Oude Stasie. 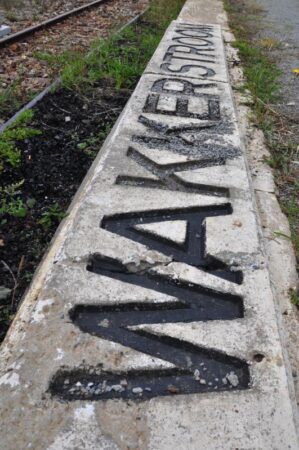 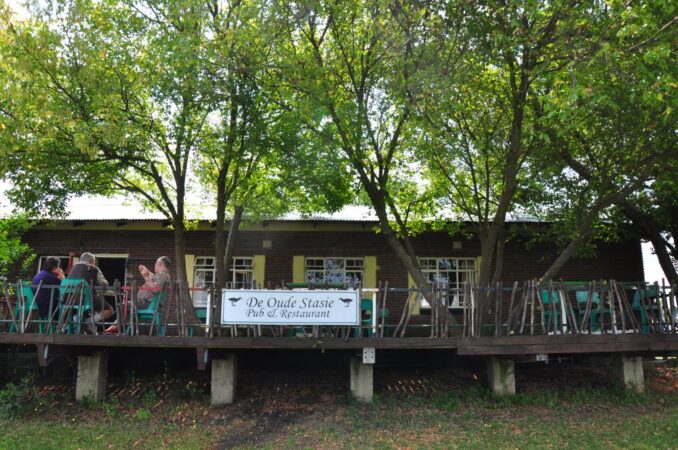 It’s a slow Sunday afternoon at the Wakkerstroom train station. Children are seesawing their way up and down the unused railway tracks in a pump hand car. The carvery buffet in the old ticket office has drawn its regular crowd, who are being entertained by owner Len and his wife. There’s a black and white newspaper clipping, dated 1966, hanging on the wall. It recounts how the farmers complained that the planned train route through town would “soil clean washing with soot, frighten the life out of the cows and so petrify the hens that they would stop laying”.

It was only in 1910 that the townsfolk allowed the branch line between Volksrust and Bethal to be built 5km out of town, which meant that Wakkerstroom didn’t develop like other towns along the railway route. One hundred and twenty families live here and it’s only expanded a few blocks beyond the church square and two main streets – Van Riebeeck and Badenhorst – yet there’s much to do, despite its size. 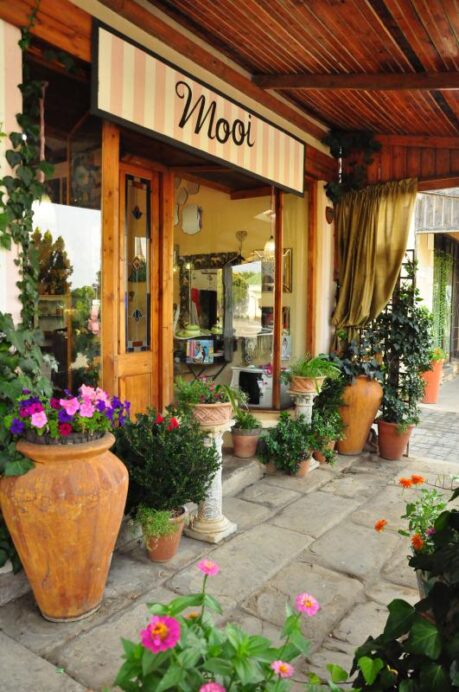 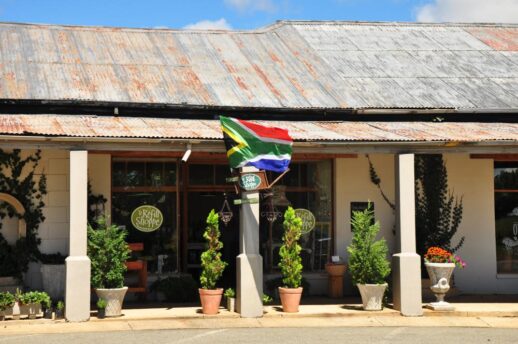 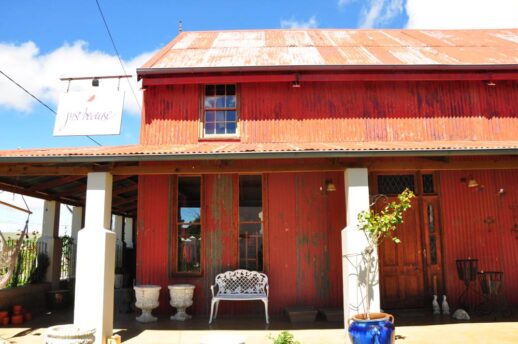 Wakkerstroom is small enough to explore the quirky eateries, antique stores, art galleries and mom-and-pop shops on foot or bicycle. There are three leisurely walks – the War Memorial, the Harvey Greenacre and the Court House – that pass historic buildings and the cemetery where Wakkerstroom’s founders and British troops lie. Otherwise buy home-spun alpaca yarn from Fen and Romney at Mistique Alpacas to knit a scarf or beanie. Children enjoy learning more about these South American animals, which are shorn annually for their fleece. 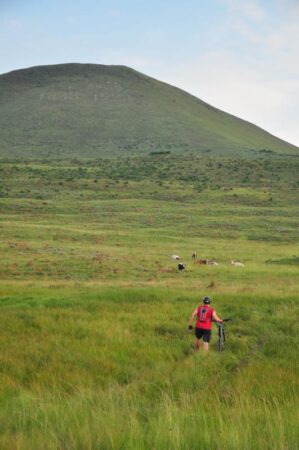 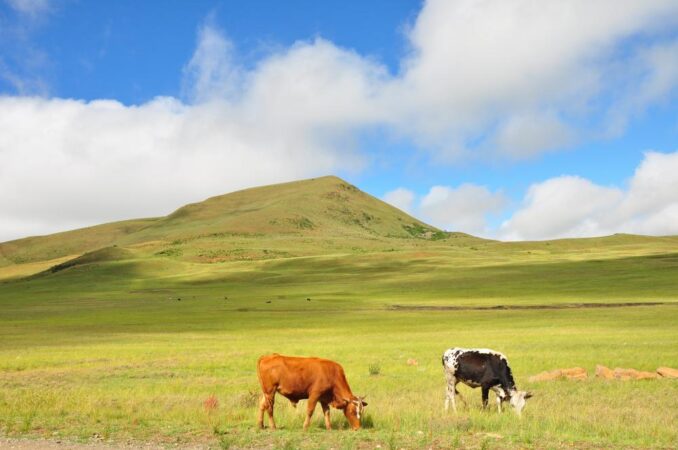 Mountain bikers, who want to go further afield, can cycle up Ossewakop; along the 14km route around the wetlands; do the 22km route or the 50km route to Zaaihoek Dam, which is also the ideal place to fish for bass and carp. If you don’t quite want to go that far, there’s also fishing at Martin’s Dam. Otherwise Dirt Maniacs offer fully-inclusive mountain and off-road dirt biking weekends. With 13 rides to choose from – like the Waterfall, Three Provinces, and Pongola Valley Ride – adrenaline junkies are sure to get their fix. 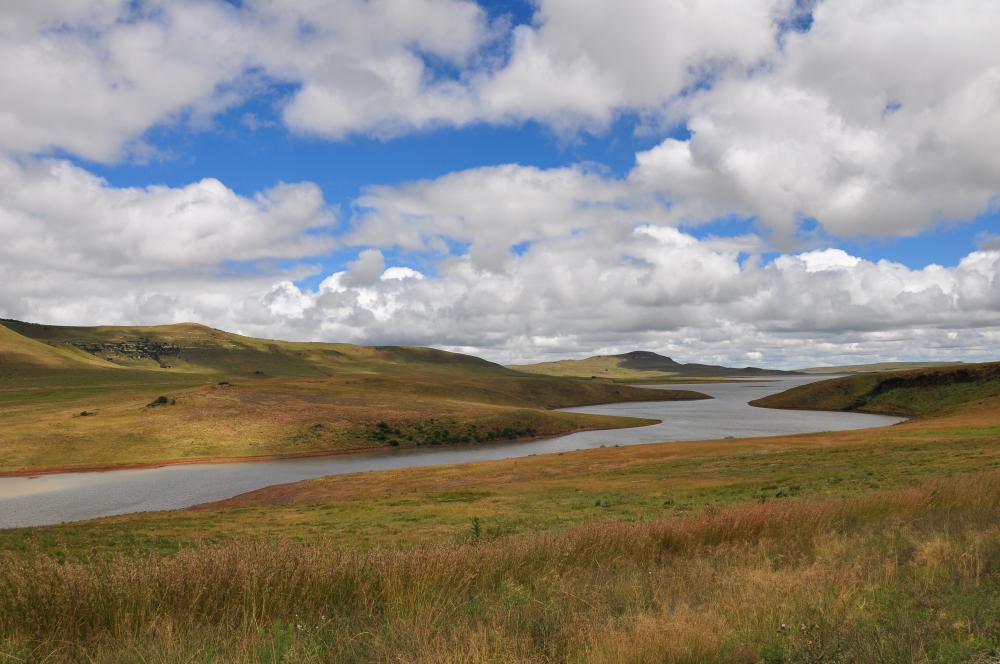 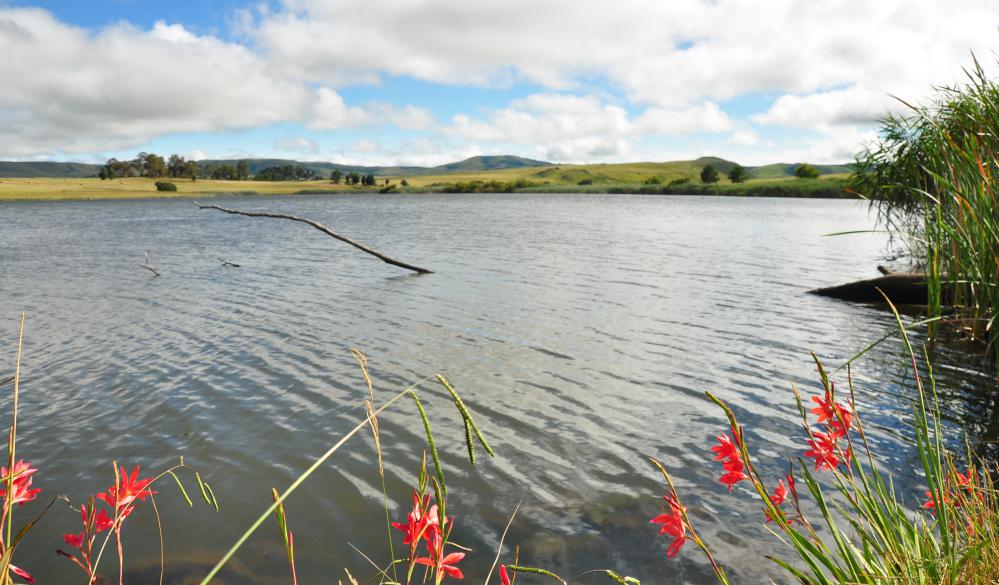 Back in town, the locals share their inside joke with me about how Wakkerstroom is better known overseas than locally due to its birdlife. The wetlands – a National Heritage Site – are home to three major bird habitat species: wetlands, grasslands and forests. You’ll most likely spot international birders, with binoculars slung around their necks, in the four bird hides within the wetland reserve, hoping to catch a glimpse of the rare Botha’s Lark, Rudd’s Lark and Yellow-Breasted Pipit, among other endemic birds such as cranes. If you’re not a birder, a knowledgeable guide from Birdlife South Africa can help you distinguish one bird specie from the next, also keep a look out for the Cape Clawless Otters in the waters. It’s here that I sit on a wooden bench beneath the shade of oak trees and listen to the birdsong while I read. 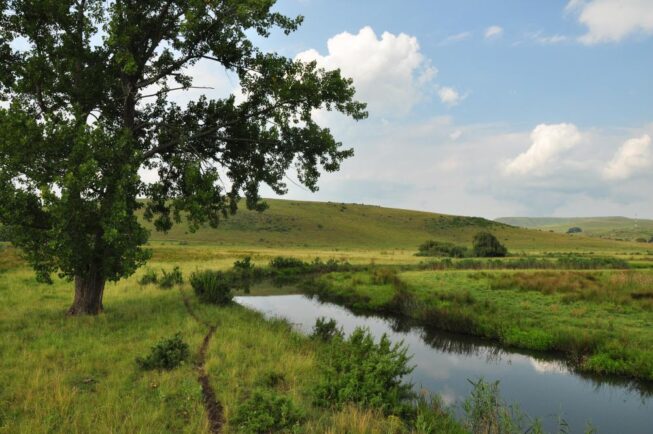 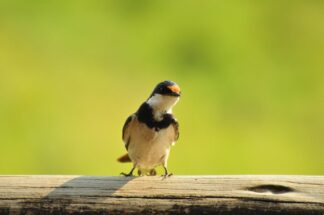 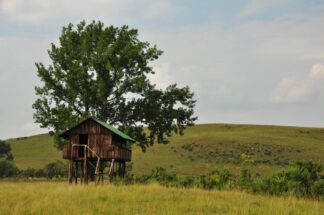 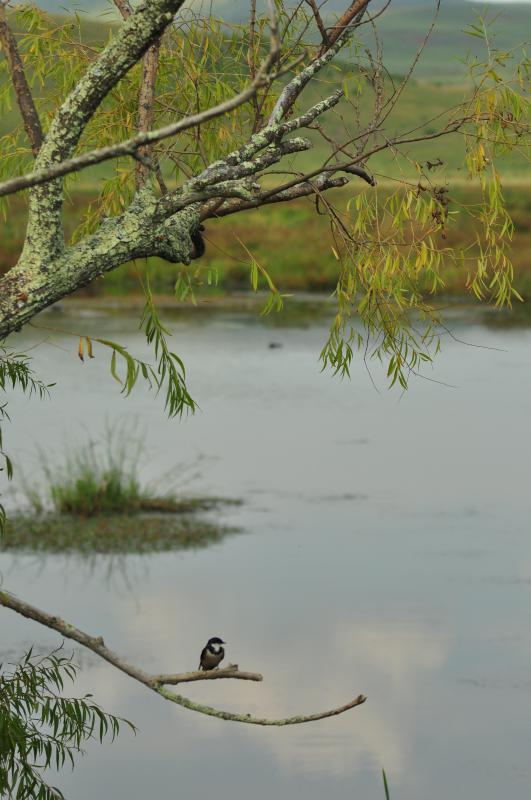 Once all birded out, I pack a hearty picnic basket with delights I bought in town – lavender Gouda, goat’s cheese, Kalamata olives and feta, and homemade preserves from Honeymoon Valley Cheese, as well as hot-out-the-oven bread from the Suikerbekkie Bakkery across the street. I had already gulped down the 500ml bottle of fresh farmer’s milk for breakfast and so I took a bottle bubbly instead – besides, it goes down better at sundowners. From near Ossewakop’s summit I watch golden light paint the valley below as I sit between the amber grass  and watch a young herdsman round up his cattle for the night. Now, that’s countryside living for you. 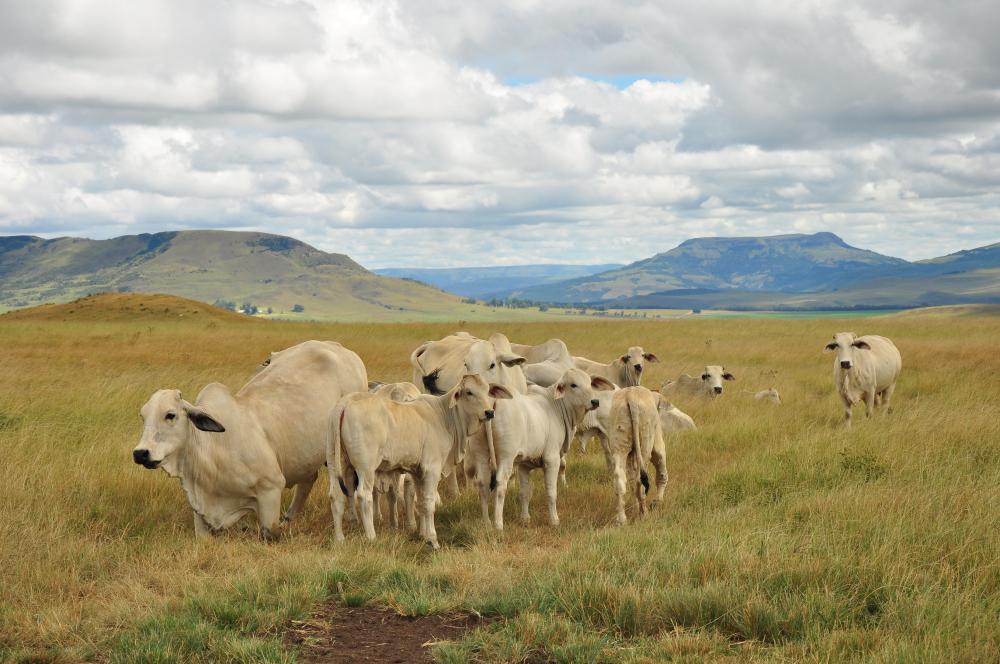 If you’re still not convinced to visit Wakkerstroom, well then frankly nothing will. Before you go have a look at their website (www.wakkerstroom.co.za) for more info about the town’s annual events, like the music festival each March and the natural fibre fair in April/May. Also try to make a road trip of it and visit other nearby towns also found in Mpumalanga province, such as Val and Chrissiesmeer. 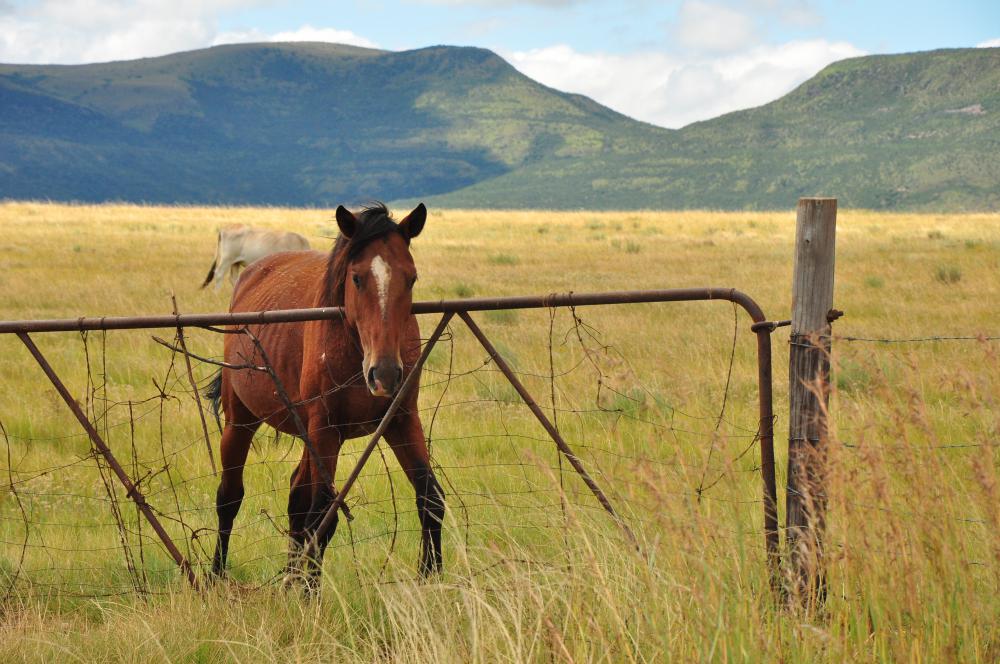 What is your favourite countryside retreat? Please tell me about it in the comments below.