I’m sitting on the verandah of Just Country Cottage, with my legs propped up on a wooden chair, looking out onto Lake Chrissie, as I eat breakfast, when a quacking duck waddles past. Two more follow suit. I don’t think much of it as I am in Chrissiesmeer, in the countryside. But they are followed by a pony, a cow with her calves and goats with their kids.

Now, it’s not everyday that a farmyard of animals casually saunters past as I indulge in breakfast, but it’s beginning to look like the elaborate escape plan from Chicken Run. I stand up with a sense of urgency that I ought to do something, tell someone, but it’s still early and no one else is around. And who would I call? I’m not quite sure what to do. Should I herd them, how do I go about doing so, and where would I herd them to?

A few seconds later, from around the corner, a farmer and his son follow. But I’m still confused. Is this a type of country-style, stress-free livestock rearing, where farmers walk their farm animals each morning like Capetonians walk their dogs along the promenade? I smile and wave as they walk past, unable to say anything as I’m still chewing. Still confounded I sit down and take another bite of my breakfast. Then curiosity gets the better of me and I have to know what it is that they’re doing. I run out to the front gate into the dirt road, but they’re already gone. 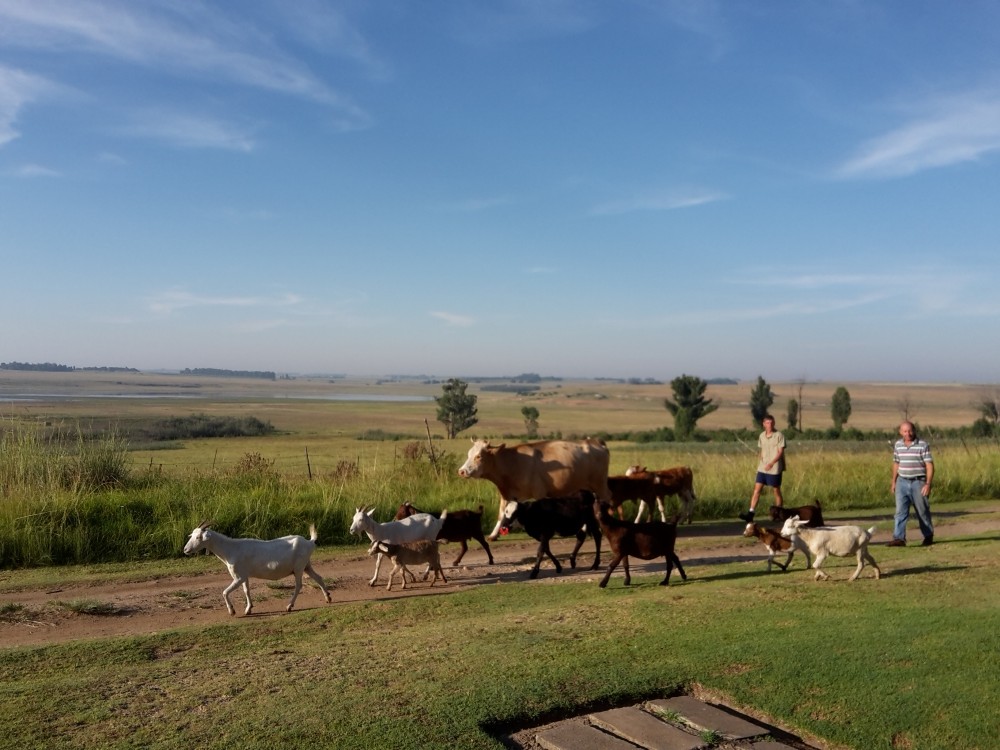 I’m spending a few quiet days in Mpumalanga’s Matotoland Lake District, which is less than three hours from Johannesburg. Chrissiesmeer – named after former President Marthinus Pretorius’ daughter, Christina – was established in the 1860s as a trading post and to this day remains small, with only 13 streets, 160 residents and Picalilly – the unofficial four-legged tour guide. Its relative remoteness from big cities and small size also make it an ideal place to take long exposure nighttime photographs over the expanse of the wetlands. 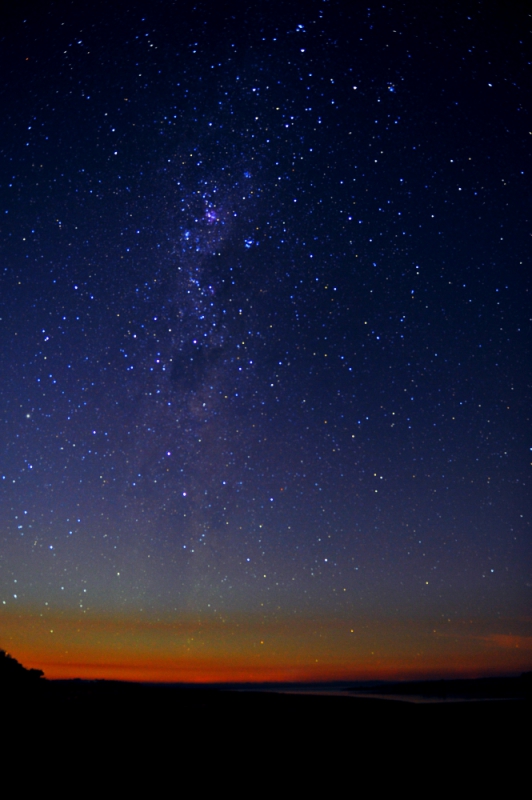 The protected grasslands and wetlands region of Chrissiesmeer stretches over 62 000 hectares en route to eSwatini (formerly Swaziland) from Johannesburg and makes for an interesting mid-way rest stop. The area is the source of four rivers: the Vaal, Umfolozi, Komati and Olifants. Here, you’ll find two of South Africa’s largest freshwater lakes and more than 270 lakes and peat reed pans. They are inhabited by close to 200 bird species, many of which you can spot along the circular, 60km self-drive birding route. 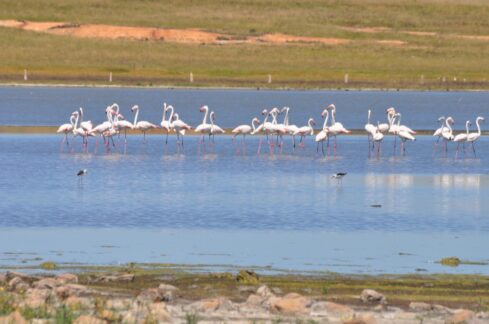 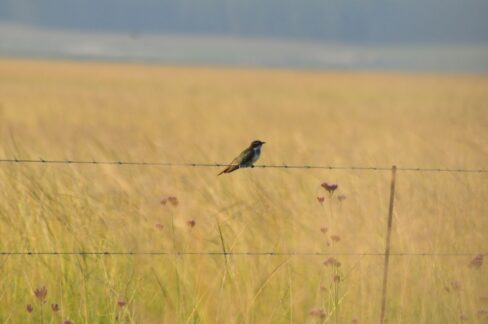 I go for an afternoon bird safari with Dave Rathbone from Just Country Cottage and Esbie Bezuidenhout from McClouds Wool Shoppe and Art Café. I’m no bird expert so they point out the region’s species, while I take notes from the front seat. Chrissies – as the locals affectionately call her – is best known among birders for the lesser flamingo and three crane species (Blue, Grey Crowned, and Wattled). There’s even a crane festival in July, followed by festivals to celebrate frogs (December) and wild flowers and butterflies (January). 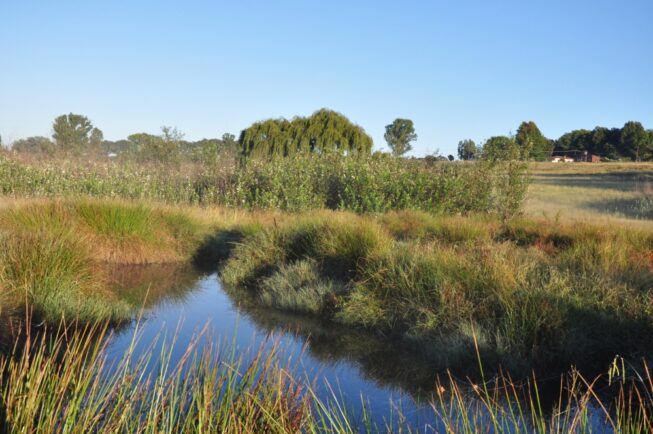 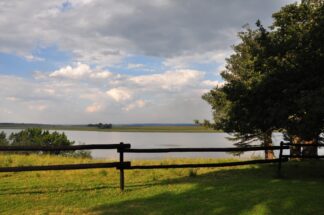 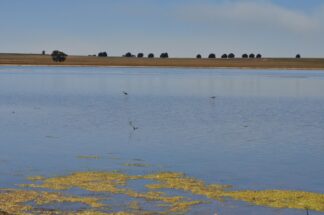 We stop to allow grazing cows to walk from one side of the dirt road to the other along the birding route and later photograph an abandoned sandstone farmhouse. Then it’s off to McCorkindale’s Cave and Banagher Lake to enjoy a picnic by the water’s edge. Dave explains that in 1856 Alexander McCorkindale settled in the area along with 70-odd Scots. It’s the reason why the area is called New Scotland with town names like Bonnie Brae and Lothair. 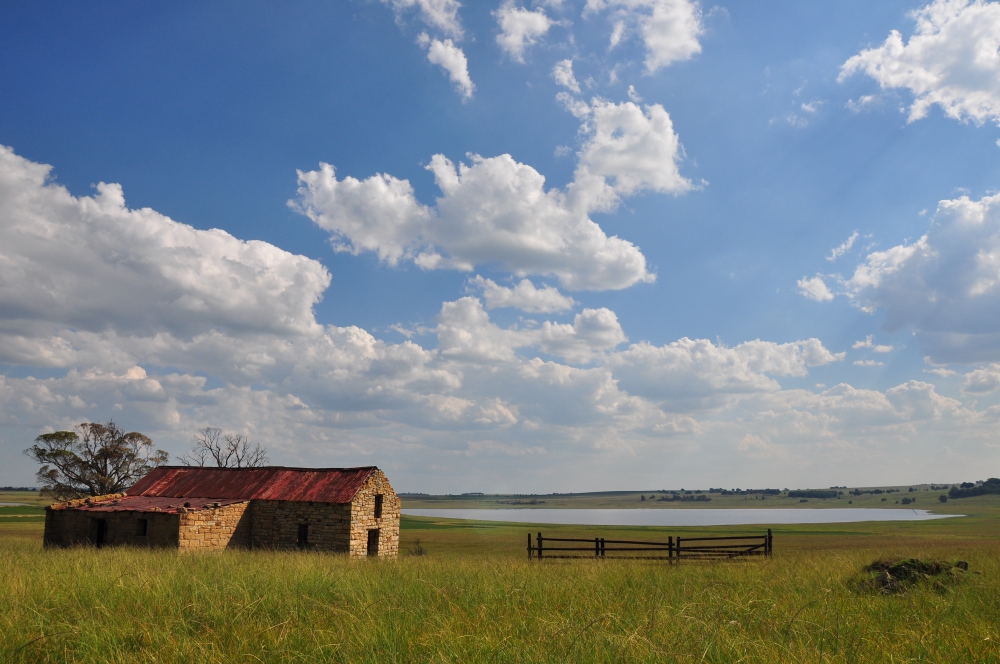 There’s no timekeeping in Chrissiesmeer and we know it’s time to return by the trajectory of the sinking sun. That night I dine at the Billiard Room Historical Pub and Grill, which was built for the British Officers during the Anglo-Boer War. Make sure you try Charmaine’s homemade pot pies. 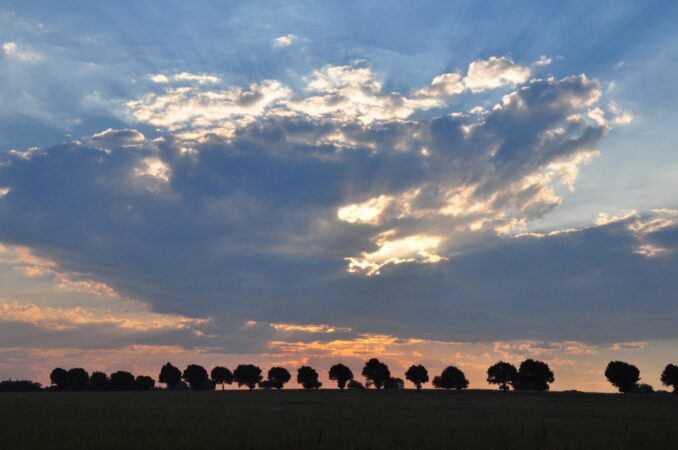 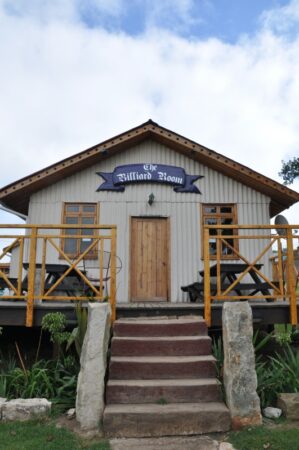 Here I meet with Ton Sanders, a retired UNISA lecturer from the Netherlands, who lives in the repurposed sandstone Barclays Bank. He originally came to South Africa in the employ of Nedbank, so it seems only appropriate that he’s retired in a former bank building. As the author of three books relating to the region and its San history, there’s much for us to talk about. And he’s penning his fourth, but you’ll have to ask him about it in person.

As the sun begins to rise the next day, Picalilly walks with me to Lake Chrissie. But soon enough she forgets about me as she chases the deer grazing beneath the oak trees. Then she’s onto the guinea fowls and the cows. She also disperses the Bontebok and splashes in the water to startle the flamingos into flight, so that I can get a good photo. 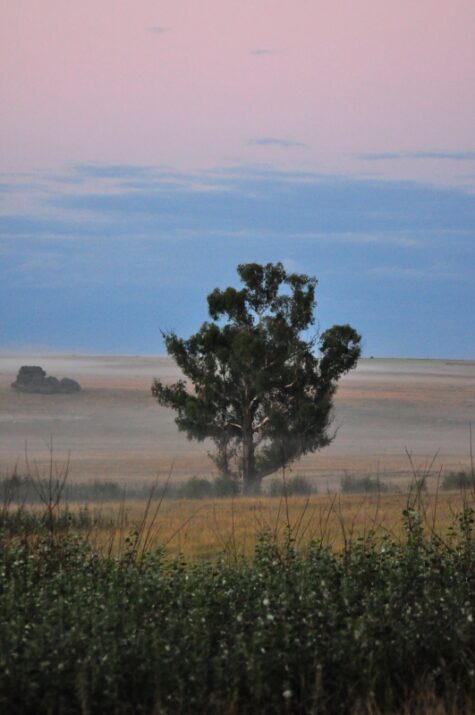 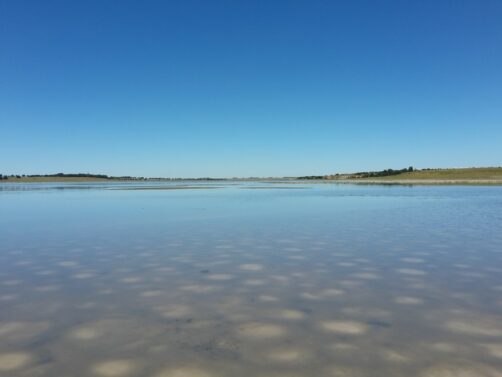 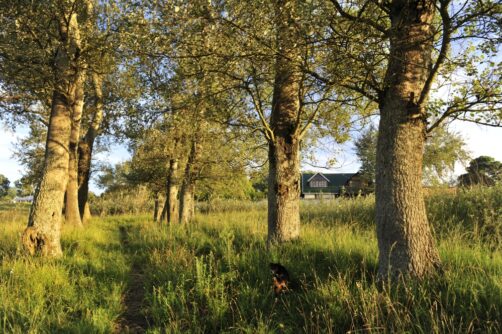 Later, we visit the historical cemetery on the other side of town. It tells stories of valour and love, like the one of British-born Lieutenant Arthur William Swantson. He was deployed to fight in the Anglo-Boer War and was sent flowers each year, for 61 years, on the occasion of his death, by his English fiancée. The locals continue the tradition to this day.

Drop by Oom Ben from the Frog coffee shop, who will regale you with his many fishing stories over Tannie Miems’ delectable baked goodies. He knows the best places to catch bass and carp. 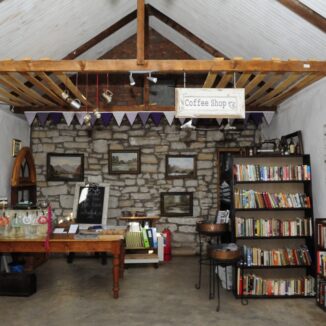 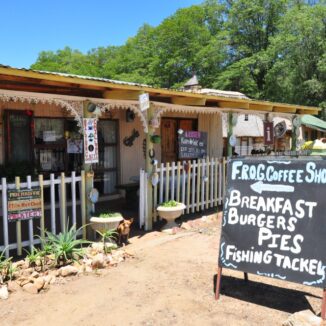 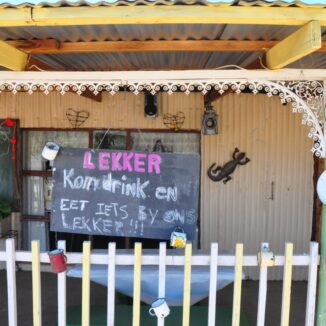 Before I leave, I ask Dave about the farmer and his animals. The answer is simple enough: he was merely walking them to a nearby meadow to graze for the day. Sometimes, us city folk need a bit of fresh air to remind ourselves what life in the country is all about.

How to get to Chrissiesmeer

Three hours along the N17 from Johannesburg will take you to Chrissies in Mpumalanga.

The best time to visit Chrissiesmeer

There are a number of festivals that happen throughout the year in Chrissiesmeer. Read more about places to visit in Mpumalanga province: Wakkerstroom and Val.

January: The butterfly and wild flower festival usually takes place in the third week of January, with blooms appearing between August and February. Wild flower guides will take you on a guided walk to see some of the 12 wild orchids.