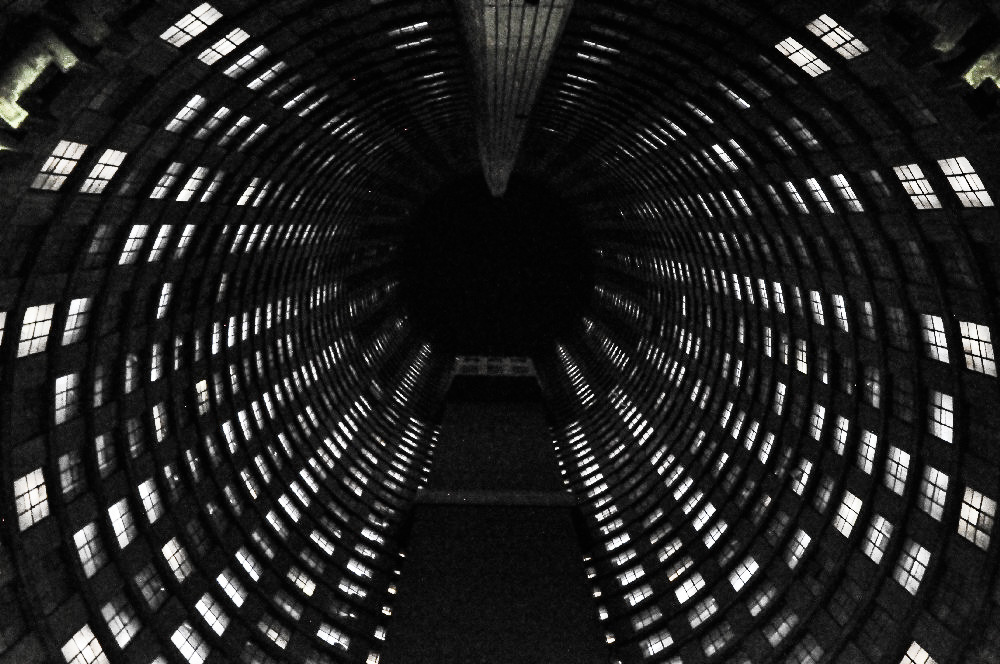 “Leave your prejudices at home,” says Bijou, our Dlala Nje tour guide, and that’s the only thing we’re asked to do during the Taste of Yeoville tour. Inner-city Johannesburg still has a poor reputation and while many Joburg residents use the landmark to help them navigate the city, few ever venture into the city’s heartland. It’s a pity when you consider that many more tourists, rather than locals, are likely to experience what this part of Joburg is really all about.

Dlala Nje and Past Experiences offer a glimpse into the culturally diverse and eclectic atmosphere of the city through their walking tours. Dlala Nje, which means ‘Just Play’ in iSiZulu, is a five-year-old social enterprise that’s headquartered on the ground floor of Hillbrow’s Ponte Tower. Its community centre is a safe space for learning that’s funded by its tours.

Ponte Tower punctuates Johannesburg’s skyline. Not only is it Africa’s highest residential skyscraper, but its surely one of South Africa’s best known structures. Our tour starts and ends at the 173-metre high, concrete cylinder that clings to a rocky outcrop. We learn about its big screen debuts as a protagonist in films like District 9, Chappie, and Resident Evil: The Final Chapter. It’s also been featured in a Drake music video, as well as Tusker Lite and McDonald adverts. 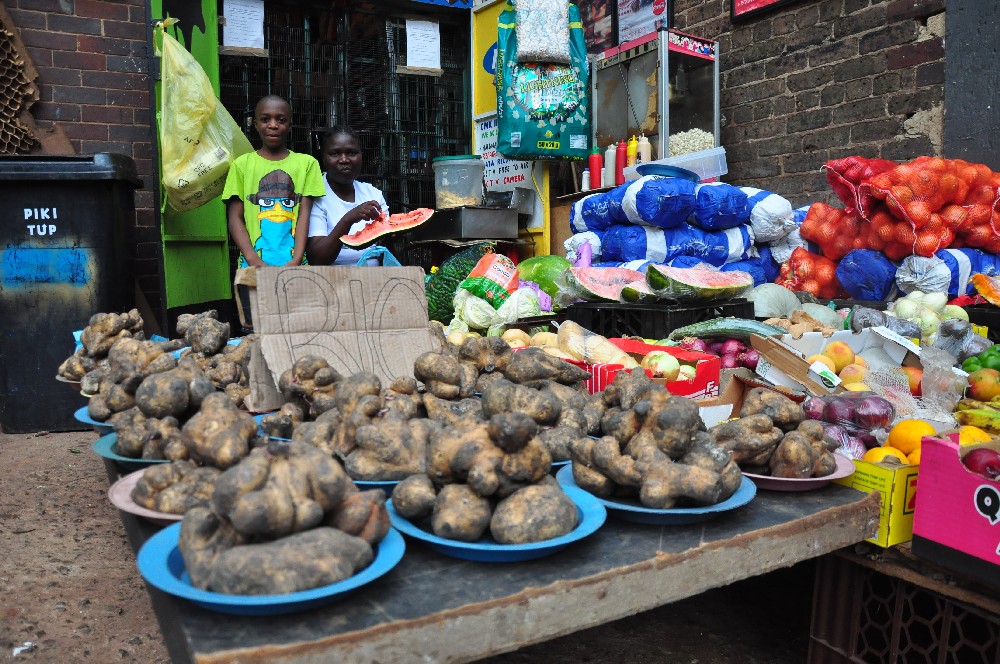 During Apartheid, the neighbouring suburb of Yeoville was one of the city’s first ‘grey’ areas, where both black and white people lived together during the era of racial segregation. We watch the sunset from Yeoville Ridge before walking along Rockey and Raleigh streets, on pavements packed with a vibrant mix of locals and people from Congo, Ghana, Ivory Coast and Cameroon. Mielies are roasted on small braais, while morogo, bananas and watermelons are being sold from the back of bakkies parked one behind the other along the road. 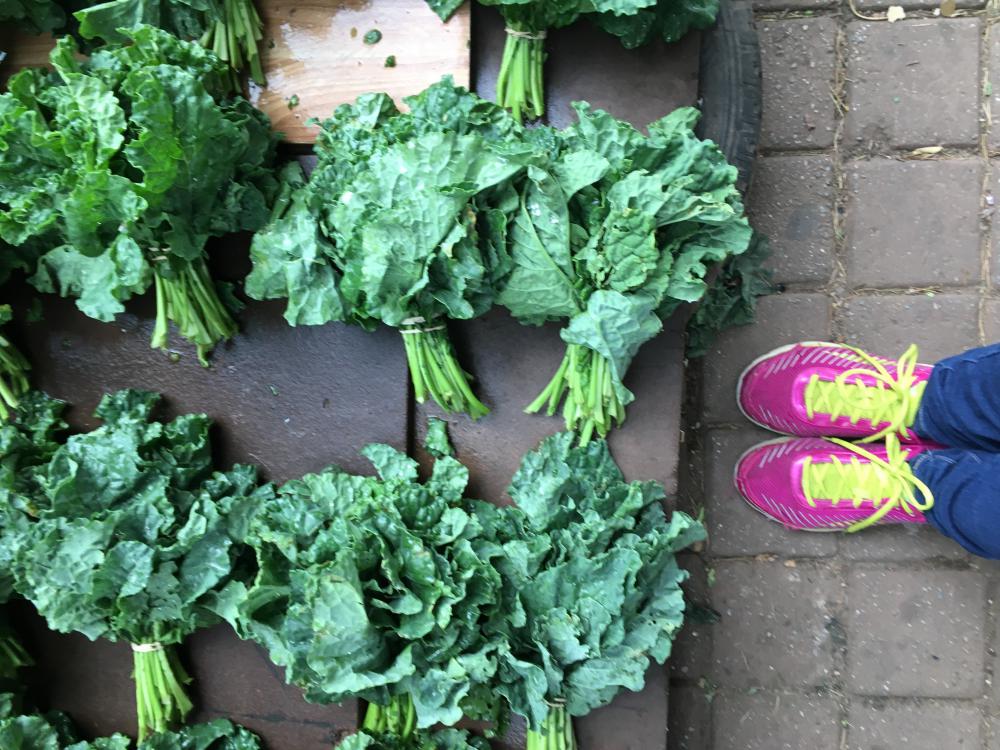 After a starter of beef, mielie pap and an array of salads, we dance to a live rendition of Miriam Makeba’s ‘Pata Pata’ at Ekhaya And All That Jazz. Then we slowly saunter through Yeoville Market, as our guides explain the changing landscape and citizenry of the city. Here we meet a young Senegalese shopkeeper, an Ethiopian mama selling fabrics and a Nigerian man watching a church sermon with his daughter. Mopani worms are sold alongside dried fish hung on a string, cassava roots, stick-on nails and human hair extensions. You can buy just about anything here. 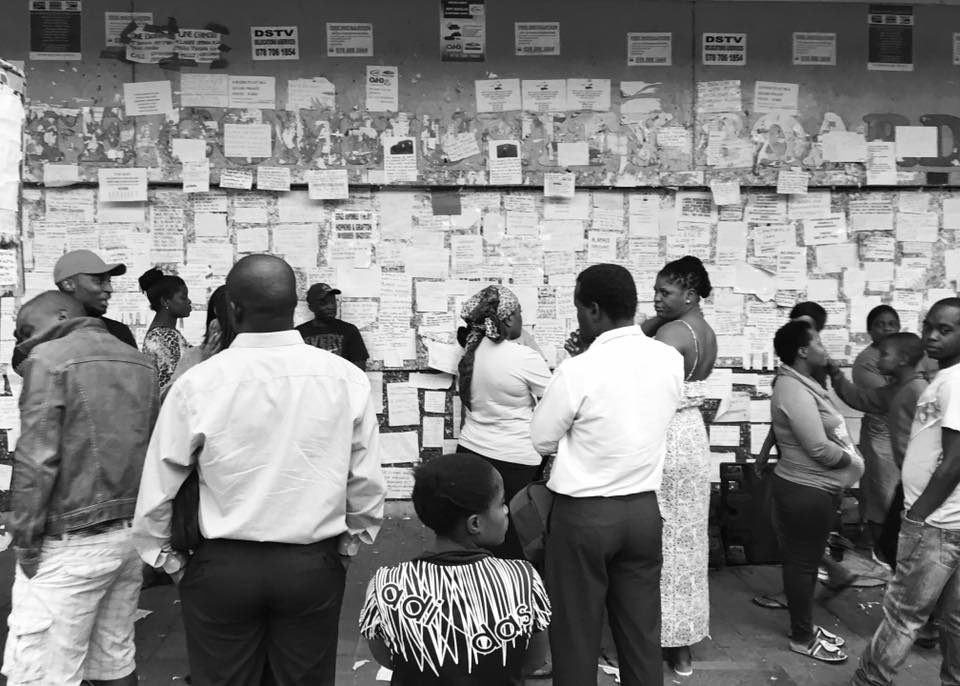 “This is an offline property listing, sort of like Gumtree,” explains Bijou, as we stand on the opposite side of the road at the Green Market. “Data is expensive in South Africa,” she says turning to the two German visitors on the tour. “And not everyone has the time to look online. After they’ve done their shopping in town those who live nearby come here to see what’s available.” We step closer. Most of the property adverts have been written in black maker on an A4 piece of paper. A few have been printed. For the most part there seems to be a mutual understanding that I won’t cover your notice if you don’t cover mine. There’s barely any space left on this palimpsestic community notice wall. Some notices are pasted just above the ground. Others are so high up I can barely make out the writing. But the writing on the wall says the same thing: many have followed opportunity to Joburg, some have been stalked by hardship. But many more will come. It is a city of money. It is the city of hope. 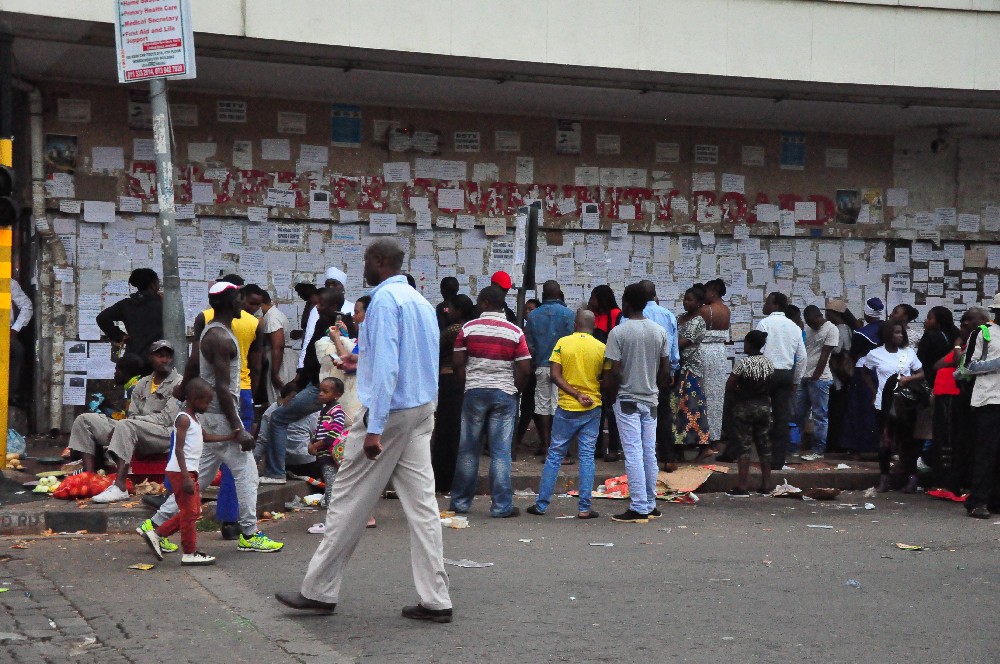 A dinner of braaied garapau (Mozambican mackerel) with hand-cut French fries and home-made chilli sauce is served at La Camerounaise restaurant, where a silent AFCON game is being screened to a soundtrack of Cameroonian tunes. Dessert is a new outlook on one of Joburg’s most culturally diverse suburbs.

The Taste of Yeoville tour is up to four hours long and includes safe parking at Ponte Tower, a hearty starter, dinner and two drinks. It’ll cost you R460 (at the time of writing) and also includes a ride in a mini bus taxi back to Ponte. You can book your place on the Dlala Nje website. 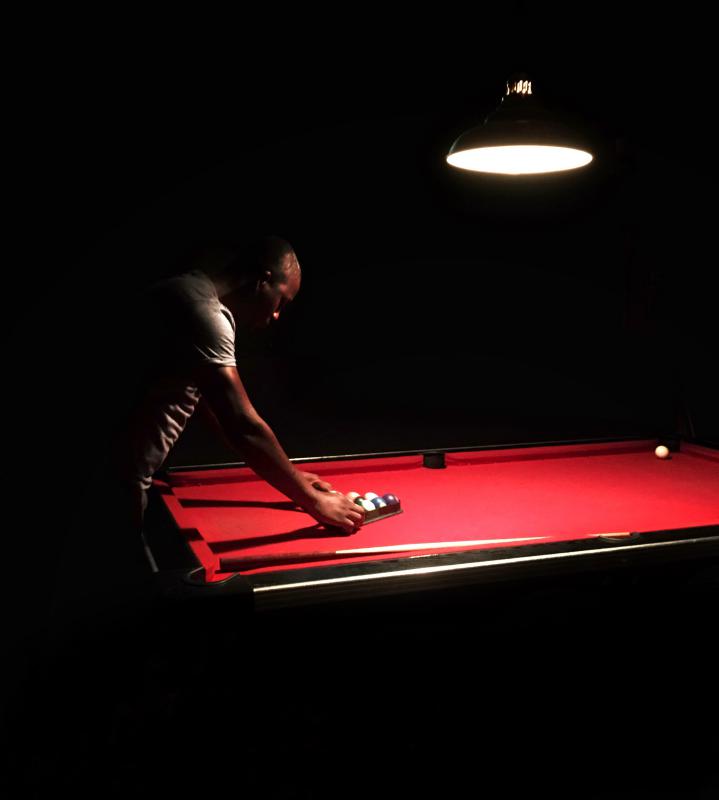 Dlala Nje is opening Fifty-One-Oh-One (5101) – an events venue and restaurant on the 51st floor of Ponte Tower – on Friday 08 December. According to Mike Luptak, CEO of Dlala Nje, it will be a venue for pre-booked events such as out-of-office work sessions and exco-meetings or brunches and sundowners overlooking the grid-iron road network that slices its way through the skyscrapers. 5101 will be the place for dinner parties, art exhibitions, book launches and heart palpitations as you stand in awe gazing over eGoli – the golden city.

If you liked this post about Yeoville, why not pin it for later? 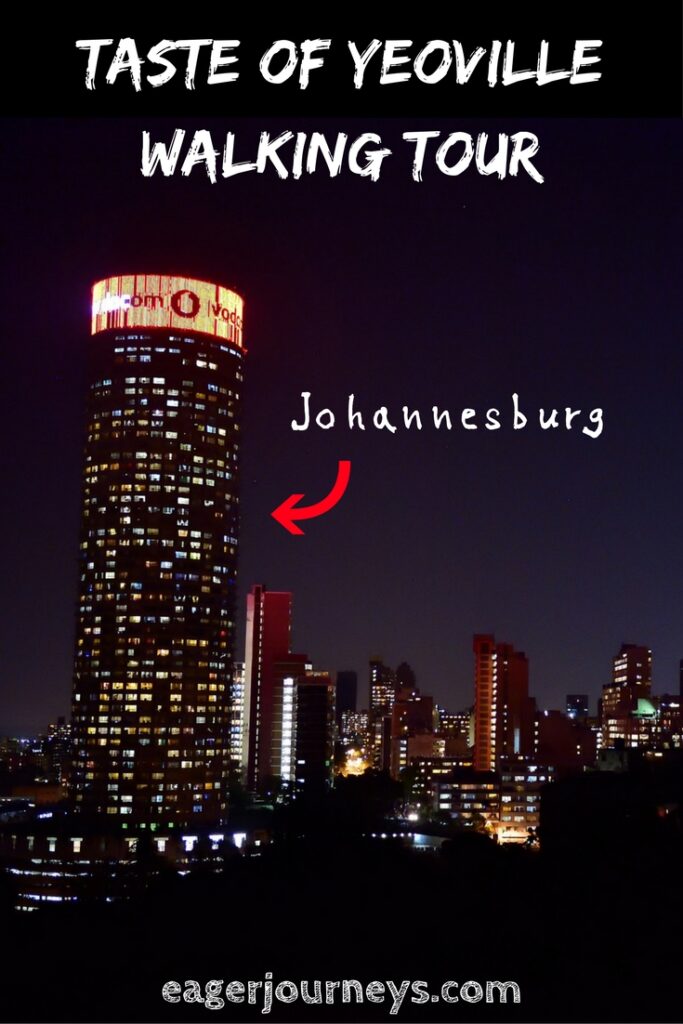 My Dlala Nje Taste of Yeoville tour was complimentary, however all editorial content is my own, but you already know that. ;) I wrote this article as part of my freelance work.